Listen, the untamed/MDZS out here single handedly ending the ‘kill your gays’ trope by killing a bi disaster and bringing him back to live happily ever after with his hot husband and honestly we should all be talking about this

The final chapter is taking a little longer than I expected, but to those following the story’s updates via tumblr, I thought I’d release the first part as a sneak preview!

Progress for the chapter is going well and it is half way done. I can also confirm that it will be double in length compared to the previous chapters, so it’ll be approximately 12k words at a min.

Wei Wuxian slowly reached out toward his old sword. He did it so slowly as if he thought it’d shatter if he grabbed it too quickly.

Wei Wuxian stared down at it in his hands, smiling at it like an old friend. He pulled Suibian from its sheathe. He could see his reflection in the blade. Wei Wuxian knew what that meant. It was being well taken of.

You know how in the novel Wen Ning in the last battle gets punched by Nie Mingjue and a few organs just fall out of the hole? And Wei Wuxian said he wanted to fix him? How did Wei Wuxian fix that, did he give Wen Ning some kind of necromantic organ transplant or did he just put some stuffing like Wen Ning was some kind of big undead teddy bear?

it was as if time stood still…

Lan WangJi: Why do you always wind up in your underrobes around me?

after leaving seclusion, Lan Xichen has a present of sorts for Nie Huaisang 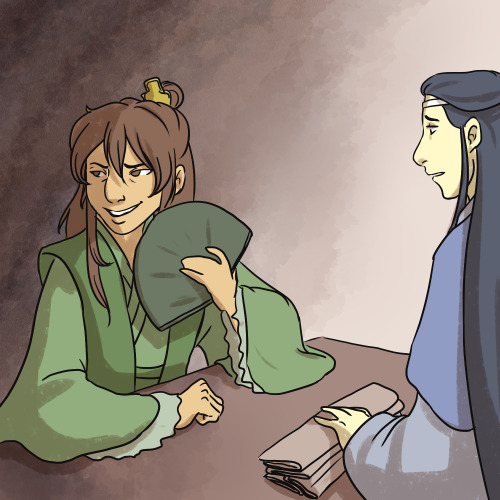 thoughts that keep me up at night:

Lan Sizhui is mostly likely not the last living Wen*.

Depending on how long the seize of Yunmeng took place before Jiang Cheng could reclaim it, there is a chance that a significant number of Wens were later born to Lotus Pier. And this piece of knowledge is something Sect Leader Jiang would know, and yet, he keeps it to himself.

He simply raises the Wens as Jiangs.

(*technically Wen Ning is also around, but not quite living.)

Though he had met most of Jiang Cheng’s family by this point in their relationship, his parents had always been off limits. Every time Wei Ying asked him when he’d bring his boyfriend to a Family Dinner Jiang Cheng would mutter “hopefully never”. Lan Huan tried not to take it personally—he knew it was a big step—but Jiang Cheng was good at reading him, and eventually he realised that his boyfriend was hurt by this. He’d huffed and immediately called to tell his mother to expect an extra guest next time. It had warmed Lan Huan’s heart, and he had ridden that high all through the week.

But now it was Sunday and he was nervous.

He did not. I actually fiddled with the ages a tiny bit, only because when I wrote the prologue, I had intended to stretch this fic over a period couple of years, not just seven+ days. I have gone back since then and shifted everything a year ahead (making this wei wuxian’s eighteenth birthday, with his mother’s death still six years ago, when he was twelve).

Canon claims Nie MingJue was a “teenager” when his father died but the actual age depends on whoever is analyzing the text, so I felt it wasn’t a stretch to kill his father during the Wen rebellion six years prior, which would have made Nie MingJue 15-16 years old.

Those attending classes at Gusu are always between 15-16, so Nie MingJue unfortunately had the mantle of the Sect Leader placed on his shoulders about the same year he would have gone to Gusu under better circumstances

Oh so the cleansing song did originally have the minor section . That makes more sense bc if it didn’t the difference would be really obvious 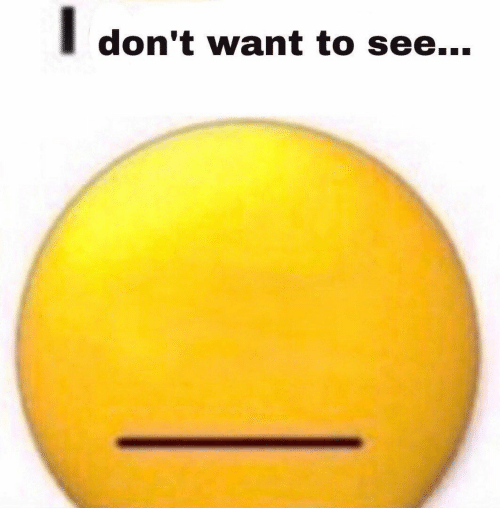 cql!lwj is literally the perfect man

#.txt, #mdzs, #mdzs lb, #cql lb, #yes i am excluding novel!lwj from the perfect man category, #i do like novel!lwj but hes too much of a seme fantasy for me to deal with, #cql!lwj is actually perfect, #wwx is also perfect but at a different wavelength, #no i will not elaborate, #for now
1 notes · See All
tahoumarusText