Low-key falling more in love with Midorima the more I write for him haha. I hope you like this :))

Scenario: You are Midorima’s lucky items for one of his games

It was the first round of the InterHigh preliminaries for Shutoku and you went to go watch your boyfriend’s team playing. You liked to watch his matches as often as you could, but you specifically adjusted your schedule just to see this one. Whilst it was only the first round, where it didn’t necessarily matter if they lost because they could just make it up in the next few matches, this game had the entire arena buzzing because it was a game between Shutoku and Seirin.

All the Generation of Miracles had their eye on Seirin this year, and Midorima was no different. He’d been looking forward to this match for weeks so being the supportive girlfriend you were, you had to go watch.

Like any other game day, you’d walk with Midorima to the venue. He preferred to head to his games with you because your presence seemed to stifle any nervousness he had, not that there was ever much to begin with.

“No lucky item today?” you asked when he emerged from his house, looking slightly distressed.

“When I checked the Oha Asa last night it said that my lucky item was an orange headband. I thought I had one but I couldn’t find it anywhere,” he explained, frowning as he picked on a loose thread on his bag with a dejected look. “We’re gonna lose today now,” he sighed.

You took his hand in yours and gave it a reassuring squeeze as you tried to meet his eyes, “If that’s gonna be your mindset, then you definitely will lose. You’ve been practicing nonstop. Don’t let something as trivial as your lucky item defeat you,” you encouraged.

Midorima looked at you with the same disappointed expression as you spoke, but then he noticed something that made his eyes light up. “Y/N, you’re a lifesaver!” he exclaimed with excitement that was very out of character, though it definitely made you happy.

“You’re wearing an orange headband,” Midorima pointed out, eyeing the top of your head.

Your hand reached for your head as you remembered what you were wearing. “Oh yeah, I wanted to wear team colours to show my support,” you laughed at your silliness. “Here you can have it.”

You were about to take it off when Midorima stopped you. “No, keep it on. You can be my lucky item now.”

“What? I’m not going to be allowed on the bench Shintaro,” you said with a confused expression.

“It’ll be fine, trust me,” he reassured.

And as promised, Midorima managed to get you a place on the bench rather easily.

“You want us to let Y/N sit on the sidelines?” the coach repeated after Midorima had requested it. “You know we’re not supposed to have non-team members here right?”

You wanted to stop him and tell him not to go through the trouble, but Takao held you back because he wanted to see where this would go. He enjoyed Midorima’s tantrums a little too much.

“It doesn’t matter if she’s your lucky item, Midorima, she’s not a team member,” his coach said dismissively.

“I’m allowed to have three selfish acts right? Consider this as my first of the day,” Midorima added, seemingly not willing to back down.

The coach let out a heavy sigh. “Fine. But you better be on your top performance on the court now, you hear me?”

A satisfied grin took over Midorima’s face as he nodded. And just like that, you were sitting alongside the coach and the team manager, who was a girl from your grade so you ended up chatting with her here and there.

It was no surprise that the match had everyone in the arena on the edge of their seats. Both teams gave it their all, the control of the game shifting from one side to the other more times than you could count. By the final ten seconds, Seirin was in the lead, with a score of 89-88, but the ball was now in Shutoku’s possession. It was their last chance.

Midorima managed to break free from Kagami’s defence, and like clockwork, a pass from Takao came hurtling towards him as he jumped into the air. And just like that, a three pointer sink into the basket in the final second. As the final whistle blew, you along with everyone else on the bench, leapt into the air in excitement, screaming in triumph, unable to believe that you had actually beaten Seirin.

Before you knew it, Midorima had made his way over to you, enveloping you in a big, sweaty hug. “We won!” He exclaimed when he finally let go of you.

“I know!” you laughed, finding his excitement absolutely adorable.

Next thing you knew, the green haired boy’s palms gripped onto your cheeks as his lips pressed against yours, taking you by surprise. The rest of the team seemed to take notice of you two and they began their hoots and howls, led by Takao of course.

“Oi Midorima, you’re in public!” Miyaji called out, causing him to pull away from you with a sigh.

Both of you spotted Takao strolling towards you with a grin on his face and you braced yourself for his comments. “Shin-chan, where’s my kiss? I’m the one who passed you the ball after all!” Takao teased as he puckered his lips jokingly and leaned towards Midorima, who immediately pushed him away.

“Shut up, dumbass,” he said, as he shooed Takao away.

“How rude,” Takao huffed as he marched away, leaving you two alone again.

Midorima returned his gaze to you and gave you a soft smile.

“You did amazing out there, Shintaro,” you beamed, looking into his exhausted yet elated eyes.

“Well, it’s because I had my lucky item on the sidelines,” he said.

“Oh yeah, I’m glad I wore this headband today,” you giggled as you adjusted it.

“Well yeah, but I also meant you. You’re my luckiest item of all,” he said.

You couldn’t help but laugh at how cheesy the words sounded. “I think the exhaustion is making you delirious, Shintaro. You sound like you’re in a cheesy rom-com.”

“Shut up,” he groaned. “But seriously though, having you on the sidelines really made a difference.”

“I don’t know, it just made me want to work harder,” he shrugged. “I might just convince them to let you sit there for every game.”

“I wouldn’t mind that,” you smiled, “I get a better view of you from here anyways.”

Love ya my babies 😘

Using a program I’ve had sitting idle for 2 years and a sketch that’s been sitting around for about 2 months, I’ve finally drawn my basketball children. This was kinda just me figuring out how to A) draw the characters as their intended genders (since I draw their genderswapped versions too much lol) and B) learning how to use Clip Studio Paint. I had issues with shading, I tried using cheats that weren’t very successful (notice how I completely gave up shading their clothes). But, for a first time using the program and being rusty as hell at art, I’d say not too bad! 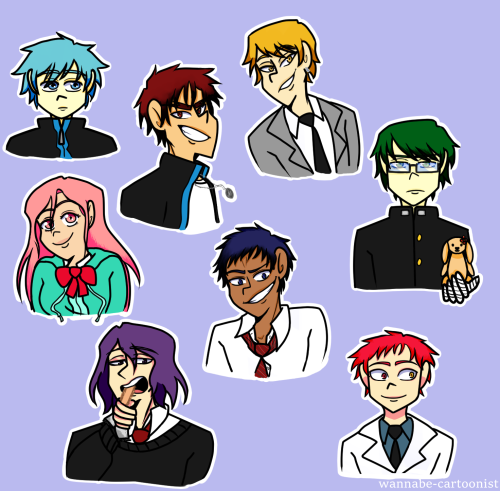 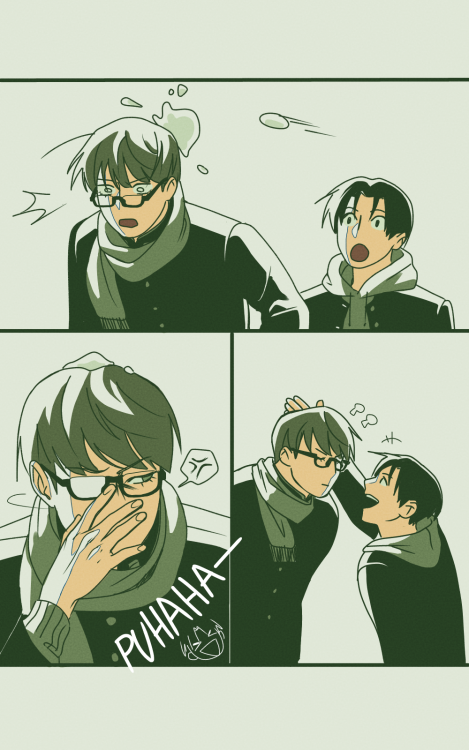 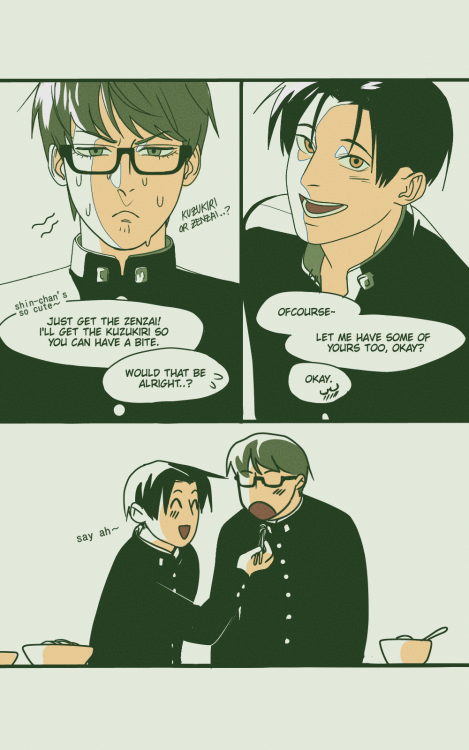 #youwere just sharing this with me but I had to draw it, #I Wanna Play Cross Colors why arent I japanese?, #TAKAO is literally the BEST PARTNER why im so sad, #Thank you sm as always for educating me on this content, #midotaka, #midorima shintarou, #takao kazunari, #midorima x takao, #knb, #kuroko's basketball, #kuroko no basket
52 notes · See All
parientouText

No one asked, but I am still absolutely invested in trans girl Midorima and trans boy Hayama

I think this end screen was very much~~~homosexual domestic husbands~~~ 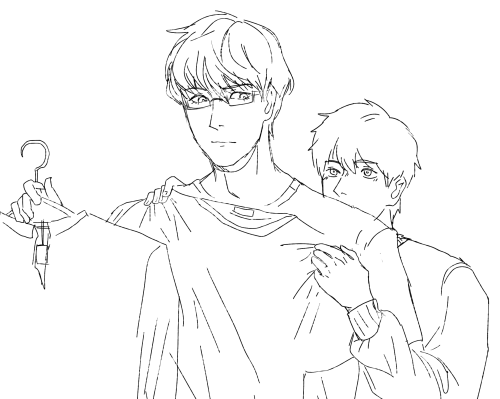 Kamishiro-Rio.skyrock.com is my other blog. 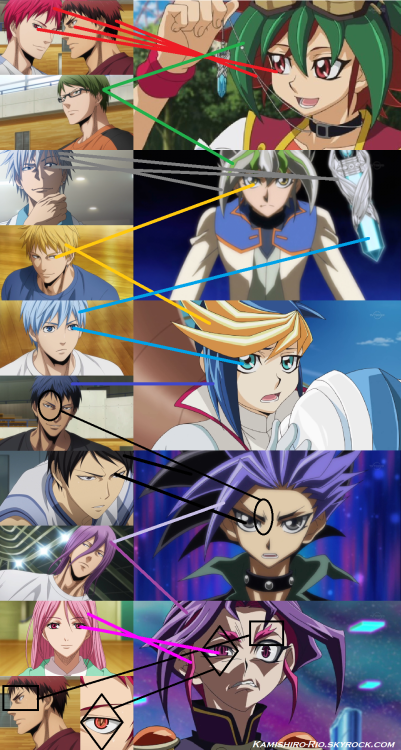 as requested by my friend @meiyanaalexia so like, happy late birthday to my boy Takao??

#shut up vee, #truly. i should shut up, #takao kazunari, #midorima shintarou, #anime, #knb headcanons, #midotaka, #meiyanaalexia, #i am. so sorry. i'm truly an asshole, #it took me so long to type this out but only because i kept getting Hurt, #this is pure angst
10 notes · See All
magzinehoPhoto

Technically my requests are still closed but I was planning to reopen so I’ll just go ahead and do it now!!!! Hope you enjoy this!!

I just thinkkkk that everytime Takao does that point guard signal thing in practice or whatever: he does this 👉😌👈 immediately after to annoy shin-chan

Here’s the full image with the reference photo ahhahaha

CAN I HAVE A PYGMALION MOMENT?!?! I’M ALREADY IN LOVE WITH KAZU SO CAN VENUS/APHRODITE BRING MY PAINTING TO LIFE PLS 😭