two ancient mothers day cards i made, for my mum and my mum-in-law who I couldn’t really see bc of The Circumstances

This is easily one of my favorite moments. 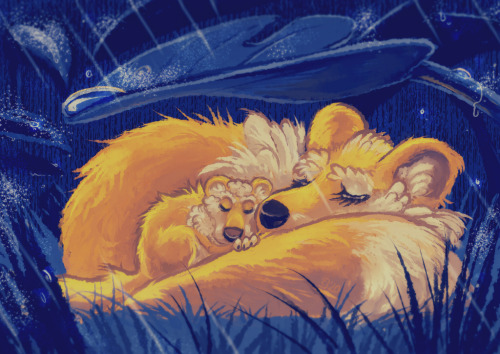 May has come, the weather turns hot, time to turn on the air conditioner again. In the past, the cold air used to remind me of the days when I tried to get myself sick in the cold. This year, realizing summer has come again, what came to mind was that our fight has been ongoing for a nearly year. Summer has gone and come again. We wouldn’t have imagine.

I was finally able to go back to university and get my graduation certificate. Still no graduation ceremony and graduation photos. But I was proud of my achievement.

On Mother’s Day, a series of events happened again. A 13-year-old teen reporter was threatened to not report news of the protests again. A mother and her toddler suffered pepper-spray pellet in a shopping mall. A female reporter was arrested in a public toilet by male policemen.

I can feel my emotions slightly more vigorous reacting to these events. I have been struggling with numb feelings, so I welcome this change. And yet, I am still weak. I need to think clearly and logically, and reinforce myself to do it correctly.

Flowers, food, and final thoughts. It’s been quite the adventure, but 28 has done me good. Thanks for all of the memories!

It’s a Mother’s Day on my country today, so here is best agent mum ever! Agent Rebecca Argent and Rebecca Petrovich. 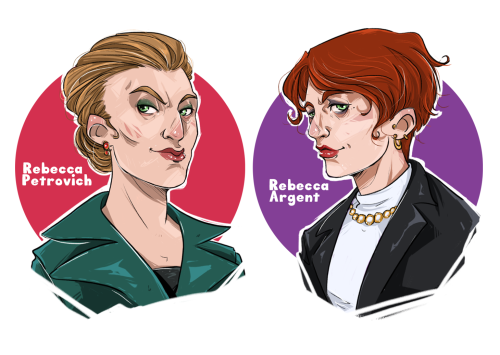 Every Mother’s Day, or ANY special chance that I get, I thank my 3 children for saving my life. Without them, my ashes would’ve been scattered decades ago.

There were days that I didn’t want to breathe any longer, much less get out of bed, to ready them for the day. In one of my earlier blogs, I wrote that there was a time when a handful of xanax would’ve been complete freedom (the prescribing doctor would’ve been mortified…my hand could hold a lot of that blue freedom); release from the weight and pain that I felt, every single day; depression, self-loathing, anxiety ruled. But I couldn’t do that…the men that I was supposed to be with, happily-ever-after, walked away…disappearing into their own blissful sunsets. When I say disappeared, that’s exactly what I mean. I’d get calls from Duval county jail, every so often, from my first husband… being locked up for child support was the only way I knew he still lived. Our oldest child was 28 years old, when I received the very last amount of the arrearage that he owed, over the course of 20 years. I’ve not heard about, or from, him since.

I raised them on my own, while they unknowingly tried their best to keep me in check. Going to sleep, each night, was a battle… hoping that I’d not wake up, was a futile desire that was never achieved. I guess my love, for them, was stronger than my self hate. At least I finally had someone who’d love me back…3 little girls; I could love them and they’d fill my days with sassiness, little armed hugs, sloppy little kisses, little people feelings and sincerity. I’ve never found this kind of unconditional love, from any man… minus the sloppy kisses, of course.

I often pen a mental note, thanking my former husbands of helping me to realize that I deserved better, but for fucking me up so badly, that I didn’t even want to engage any longer; I’d given up on that happily-ever-after ideology… it was a bullshit foot note, in a cruel “golden rule” book.

Each former husband, was worse then the last. 3 strikes, I’m out. Thankfully, I had no offspring with husband #3. He was the cherry on top of my already dysfunctional cake. I’d had enough.

So, when I saw this screenshotted post, it screamed at me. I wasn’t the only one to feel hopelessly hopeful, in a time that left me hanging on by the skin on my fingers.

Yes, I still struggle with depression and anxiety… I’m getting slowly passed the self-loathing; it’s taking time, but I’m seeing a slight difference. There’s still a desire to be fulfilled, but that can’t happen because I’m paralyzed by the fear of it. To want so badly, that which you fear, so greatly, is the perfect picture of what hell would look and feel like.

#motherhood, #drugs, #daughters, #unconditional love, #thankful, #mother's day, #strength, #self loathing, #depression, #anxiety, #marriage, #divorce, #fear, #fucked up, #thanks for the memories, #golden rule, #footnotes, #children, #saved my life, #suicide
1 notes · See All
collectivefandomstuffChat
Arsenal: [sniggering] I just had the best conversation with your li'l bro
Red Hood: which one?
Arsenal: tiny terror one. I called him short and ruffled his hair and he went BALLISTIC
Red Hood: [snorts] it's your funeral
Arsenal: nah, I'm not worried. I don't run from kids who still think tattling to their parents is a good tactic
Red Hood: [smirks] he said he'd tell B?
Arsenal: Nah, he said [in a posh, stilted voice] "if you do not desist I will inform my MOTHER of these incursions" can you believe? Kid still runs to mommy. Hi-larious.
Red Hood: ...[strangled voice] mother?
Arsenal: Yeah, like I said-
Red Hood: [backing away] You're on your own for this one Roy. I'm not protecting you from Talia.
Arsenal: Wh- [takes a step towards Red Hood]
Red Hood: [now moving backwards in a half-jog, with a slightly panicky voice] STAY AWAY FROM ME HARPER
#Red Hood And The Outlaws, #Arsenal, #Red Hood, #roy harper, #Jason Todd, #batman, #batfam, #incorrect batfam quotes, #dc, #incorrect batfamily quotes, #Damian Wayne, #robin, #talia al ghul, #league of assassins, #mother's day, #humor, #chat
1K notes · See All
broken-angel-shadowText

Summary: Leah’s mother finally agrees to her entreaties about rejoining the world after her father’s death. But the traditional Mother’s Day Brunch hosted by the local Women’s Club does not go the way Leah planned.

a/n: Forgive me for I am an idiot. This kind of went off on its own tangent, and I let it go.

First Steps on a New Path

Leah hurried up the front steps, her heels echoing off the wood porch. She pulled open the screen door and hurried into her childhood home, hoping that she wouldn’t have to spend half the brunch escorting her mother through a shower and into suitable clothing. Since Leah’s father died in January, her mother had been in rough shape. She drove the three hours home the night before to make sure that her Ruthie Rook would not spend Mother’s Day alone. None of her brothers had been able to make the trip, so there was no way she could have missed this even if she’d spent the previous day running obstacle courses until her limbs felt like they might fall off.

Pushing open the front door, Leah froze. To say it surprised her to see her mother ready and waiting for her was an understatement. But her mother looked … well, like her old self. The pale dress bore a deep pink floral print and hit below her knees; she was also actually wearing sandals with a heel.

“Well, don’t just stand there lettin’ the bugs in,” Ruthie Rook said with a smile as she looked at her daughter.

“Sorry, Mama.” She kicked the door closed behind her and rushed across the living room and into the kitchen where her mother deposited her coffee cup in the sink. Leah took her mother by the shoulders and stared at her. She didn’t dare touch her hair, which was styled to perfection. “Are you wearing lipstick?” Leah whispered before she could stop the thought from rushing past her lips.

Ruthie pshawed and tapped her daughter on the hip. She turned right out of her daughter’s grip. “Look at you, being so silly.”

“I didn’t mean it like that, I swear. I just,” Leah said, slipping her hand into her mother’s and giving it a squeeze. “You look beautiful, Mama.”

“Thank you, dear. So do you,” she replied pinching her daughter’s chin.

Leah just laughed and wrapped her free arm around her mom. It had been so long since she’d seen her like this. Tears prickled at her green eyes at the feel of her mother’s arm wrapping around her, too.

“Come on now. We’re going to be late and you know how Louise likes to run a tight ship.” Ruthie gave Leah another tight squeeze then let go, though not of her daughter’s hand. She grabbed her purse off the table on the way out. 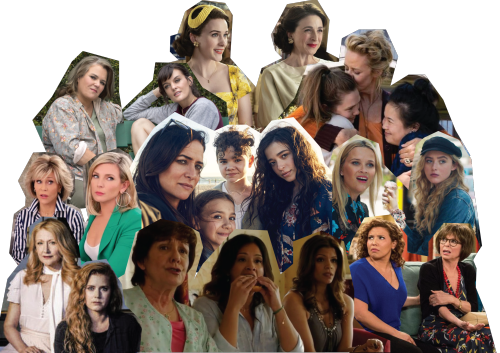 I know that mother’s day was quite awhile ago but like as someone who has lost their mother, that day is pretty difficult it’s like a jab in the heart, a small sting of a reminder that she’s not here.

I haven’t opened Animal Crossing New Leaf on my 3DS in years.

Today, I opened it after about 5 years+ not playing it and this is what I came back to.

Just one letter. My mom passed away Easter of 2019…

I will always keep my AC mom’s letters and presents bc it feels like my mom is still there, somewhere, sending me things to my mailbox like she did when she was alive.

Thank you again, to all creators of this wonderful series, for letting me get heartwarming mail from my mommy again 😭