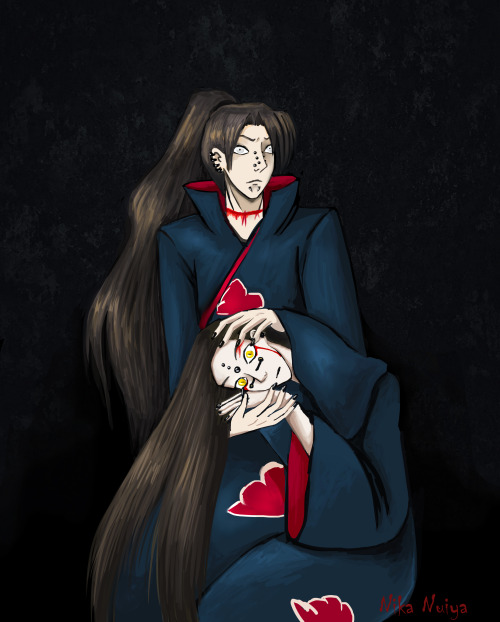 If you guys haven’t already checked out my Wangxian Mafia AU please do so! Let me know what you guys think so far!

This Wicked Game We Play

Zichen hasn’t told his parents about his and Xingchen’s new partner yet – if a year and a half still counts as new – and Xue Yang is the last person to blame him and right now, with Zichen’s father looking straight at him like a laser point of disapproval, Xue Yang understands exactly why keeping him a secret was necessary. A part of him wants to tease and challenge, that’s his main thing to do when people look down on him, but the look of discomfort in Zichen’s eyes doesn’t have that effect and Xue Yang sits up neatly, presenting what he knows is his professional customer pleasing smile that works wonders on snippy ladies and angry old men alike.

I love this ship!

Thanks for the ask!💕

Jin Guangyao being a Dumbass. Part 1.

Dear A-Yao. Hi! Quick question. Why did you dismember fierce corpse!Nie Mingjue? Okay, let me rephrase it better. Why did you choose that specific method of body disposal over something that will leave you with a lot less mess than when you first began?

You can’t have, I don’t know, cremated him???? Is dismembering a body honestly worse than burning it? You’re already choosing to chop your dead da-ge into pieces you seriously still care about the “desecrating dead bodies no-no” scale? Is this another bit to slightly mollify your conscience? Is this sentimentality or just stupidity?

The protagonists can’t solve a dead body mystery when there’s no dead body macguffin present for them to piece together! And don’t give me the “fierce corpses become more resilient to fire” bullshit! You have a whole torture dungeon! You were in power for thirteen years! You couldn’t have chained the super buff dude to a barbecue stand, put a fire underneath him and just left it burning all year around? I doubt any corpse can remain in human shape if you put it on medium to high heat for over a decade!

You’re a goddamn villain Jin Guangyao! Start acting like one! You never cared about “the proper way of things” before! So why are you now going down the “Liberate. Suppress. Exterminate” Lan Qiren Certified route when you’re suddenly presented with a vengeful fierce corpse of your sworn brother that just busted out of nowhere?

Also, you didn’t even think to investigate further? All members of sect families were put through rituals at birth so they are unable to become vengeful spirits when they die. (You think if Wen Ruohan could come back as a fierce corpse to assassinate you back he would?) But now! Suddenly! Your oldest sworn brother whom you, presumably, personally saw buried, is now a fierce corpse! Running havoc around mountain villages! After you subdue him and hush up the incident, you decide to dismember him, scatter the limbs around the cultivation world to be properly suppressed with wards and stuff! And absolutely nothing else? You didn’t think it’s weird? You didn’t go “I wonder how something so impossible could’ve happened I should probably have someone look into it”??? You just went on your merry way???

Is this the same dude who casually decided to investigate why sect leader angry grape ran around Lotus Pier waving Yiling Laozu’s sword and screaming, while he’s having his own personal meltdown? And that’s how he found out about Jiang Cheng and Wei Ying’s golden core swap, and used that to incapacitate said angry grape at Guanyin Temple?

#Jin guangyao, #he suffers from what I call, #I’m the smartest except when it’s inconvinient for the eventual happiness of our protagonists, #plot hole, #also known as, #shit I’ve made our villain too smart now our leads can’t win, #plot inconsistencies, #the untamed, #cql, #mdzs, #mo Dao Zu shi, #mdzs meta, #Nie Mingjue, #sorry da-ge, #my thing, #I honestly really like Nie Mingjue don’t get me wrong, #meng yao, #jgy
8 notes · See All
yilinglesbianText

#I can’t help it the song is a banger, #I have very little idea what they were saying, #the untamed, #cql, #the untamed fatal journey, #nie huaisang, #nie mingjue, #suburbanweasel
5 notes · See All
mostlikelytofangirlPhoto

AU in which JGS refused his bastard a place in the family, only to have him eventually reappear as the pampered spouse of the Jin’s biggest, most dangerous rival 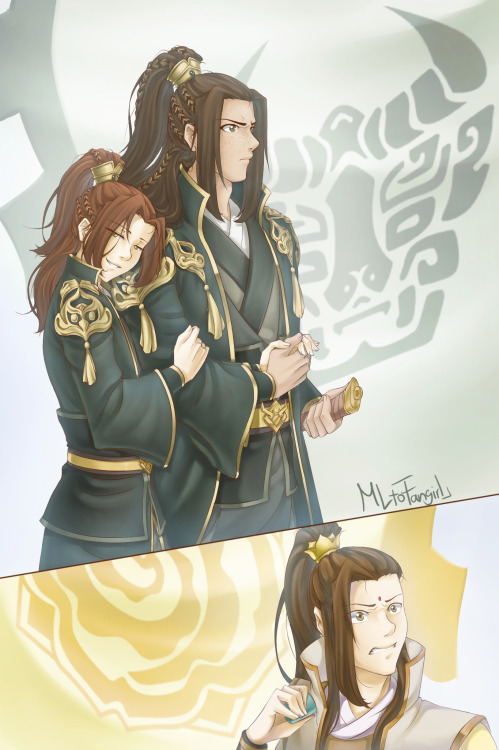 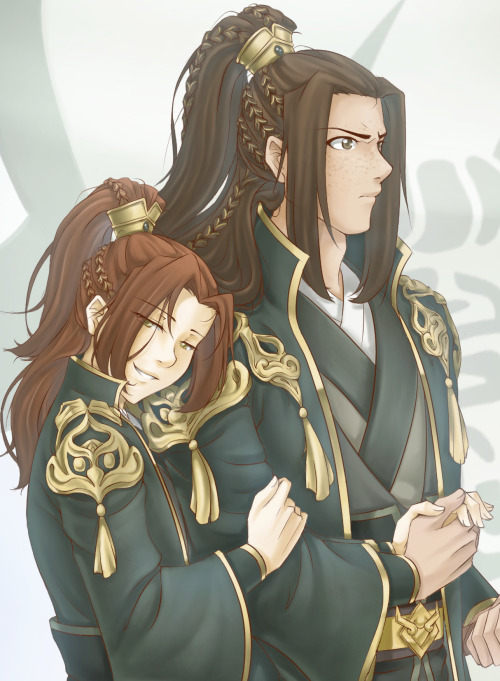 #mdzs, #mo da zu shi, #nieyao, #nie mingjue, #jin guangyao, #grandmaster of demonic cultivation, #dedicated to the lovely folks at the Nie server, #especially to the Daddies over Dads channel, #bc I they come up with the best stuff and I have zero self-control, #me calls this art
60 notes · See All
dilfmingjueText

nmj: the enemy is invincible due to the power of the yin iron, our only chance is if I go in alone
also nmj: let’s launch a frontal assault next weekend, sounds good to me 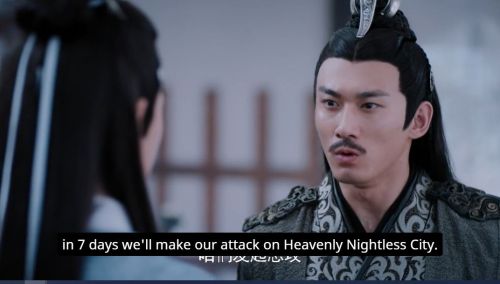 I isolated the above caption because I think that it says something interesting about Nie Mingjue. We have learned from his speeches and his fights that he is a valorous person with a strong sense of justice, that he is a leader and a commander. And here he takes responsibility for the defeat in a very personal way, declaring it all because of his failure in judgment (and not, say, the fact that puppets abruptly turned into lava monsters). What’s more, he then volunteers to go alone on a stealth mission with little chance of success. That’s how deeply and personally he takes his responsiblity to his soldiers and the people he’s fighting to protect. One wonders how much of that is a healthy sense of responsibility and how much is guilt/obsession.

Those of you who aren’t first-time watchers know the fate of members of the Nie clan, and I wonder how much of that we are seeing right here. 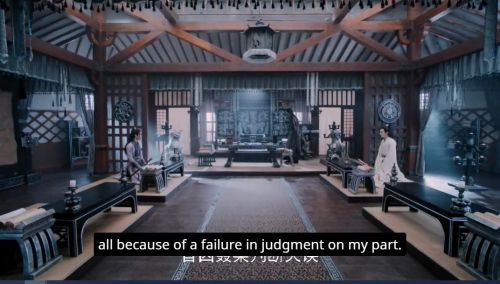 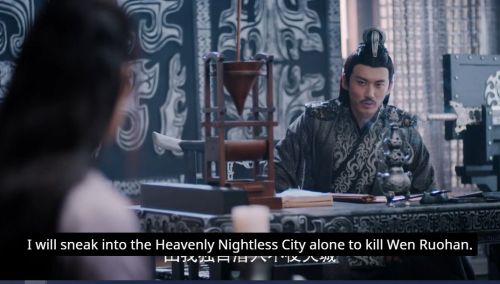 It’s only when someone who loves him is by his side that Nie MingJue is finally given a name.

Before that he is the demonic left arm that attacked Mo Village and the ghost hand that the Gusu Lan struggled to suppress. He becomes Wei WuXian and Lan WangJi’s “Dear Friend” during their travels, but it is a tenuous friendship at best.

We know that it is not just Nie MingJue’s body but also his spirit that had been cut into pieces by Jin GuangYao. Nie MingJue was not able to answer the array during Evocation because of this, and it takes Wei WuXian finding his head before he can use Empathy.

But even with his spirit splintered and broken and still without a head, Nie MingJue recognizes Lan XiChen. The feeling behind the music which Nie MingJue cannot hear and the feeling toward the person he cannot see connects to the fragments of Nie MingJue’s spirit which are held together by his vicious resentment.

Feelings in life that soothed him:

“Nie MingJue had never been one for humor. However, in front of Lan XiChen, his expression eased…“ (Ch. 48, ERS)

”…but as soon as the soft, serene tone of the xiao appeared, the corpse’s movement paused. For a moment, he seemed to have stood still and listened, then turned around, as though he wanted to see who was the one playing the music… he looked as if he finally lost all energy, succumbing to the three instruments. With a stagger, he fell to the ground.

To be more accurate, it wasn’t that he fell down, but that he fell apart. There were the arms, the legs, and the torso, broken and scattered over the carpet of dry leaves.“ (Ch. 46, ERS)

It is not when Nie MingJue’s fierce corpse is raging and violent that anyone is allowed to identify him. With Nie MingJue holding Bichen and dominating the fight, no one shouts at him by name although his identity is revealed by his fighting style. This is because Nie MingJue is not his anger or his resentment. His fierce corpse is as much a cage for his spirit as the coffin will later become.

It is only when Lan XiChen has given Nie MingJue a moment of much-needed rest in this unpeaceful afterlife that Nie MingJue’s name is spoken. Lan XiChen arrives, Nie MingJue’s negative feelings withdraw, and it becomes yes, this is Nie MingJue, the man who fought and led and struggled and loved and was loved.

And it is only then when Nie MingJue, still broken but now lying restfully in the presence of someone who loved him, is given a name.

#nielan, #nie mingjue, #lan xichen, #i love nielan the normal amount, #that last reblog made me feel things, #mdzs thoughts, #this can honestly be platonic or romantic love, #mdzs quotes, #someone take nielan from me i keep getting tears all over them
120 notes · See All
babycobra365Text

And I look up to the sky,
And I know you’re still alive,
But I wonder where you are,
I call your name into the dark (x) 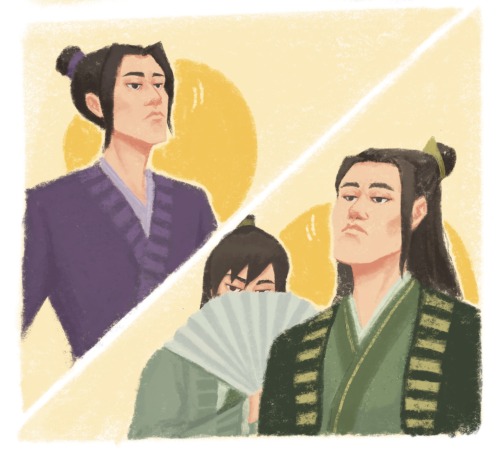 #jiang cheng, #nie mingjue, #nie huaisang, #mdzs, #mo dao zu shi, #ok so essentially im never going to top my nieyao klimt ripoff, #my brains not gonna come up with anything interesting for like at least another month, #i can't concentrate on anything but drawing but i don't have any ideas for drawing it's so weird, #huh do people write mingcheng as like jock couple ever or is it like woobie jc, #ah also this is bc of that one post from hqfeels about jc/nmj's one canon interaction lmao, #i will go find and link it
151 notes · See All
lostinsaudadeText

- legit everyone in mdzs probably idk

#we saw a beefy man carry a big sword, #going around telling people he’s proud of them, #then proceeded to collectively lose our shit, #and that is not only a valid response but the correct one, #nie huiasang: my da-ge, #everyone in mdzs and also the fandom: OUR da-ge, #the da-ge-est da-ge to ever da-ge, #nmj: *exists*, #everyone: 🤤, #nmj: ya done good kid, #everyone: 😳🥺, #mdzs, #cql, #nie mingjue, #3zun, #nielan, #nieyao
17 notes · See All
onedayiwillcreatecoolernicknameText