so this album huh?

Self care is listening to Got You a few times each day and dancing along to it like an idiot.

#i said what i said, #noah reid, #got you, #gemini, #gemini album
3 notes · See All
holmesapothecaryAnswer

All of them? No really, I love each of them for different reasons. If you forced me to pick I would say American Roads. I’ve loved it since I heard it live in November of last year. And have been DYING to drive down the interstate with the windows down and it blaring. And I did just that first thing yesterday morning and it lived up to the hype. It just such a SUMMER JAM. And I love that it is both that and that the lyrics are so meaningful.

But I love so much about the other songs. From the just slow vibe of Heros/Ghosts to the love poured into several of them and the fun of Got You and the just sweet and short little diddy of I Miss Writing Songs. It’s such a good album and I am someone who will happily tell you if I don’t like something even when I like someone. I’m so loving the studio arrangements of the songs which I don’t always do as someone who loves live music.

i’ve had the sawdust version on my noah spotify playlist since august, so i had gotten VERY used to hearing it that way, and then when he played it at the seattle show, i basically did a double take right there in the crowd, lol, and reported back after the show that “hearing I had a dream last night with the full band was a whole different experience” and the next morning reiterated “someone should def record i had a dream last night at their show because it’s got a totally different vibe with the band playing with him, and i would def like to listen to this version some more.” (went back in my messages to find these lol.) and then he stopped playing it, so no one i was saying that to ever got to actually hear it lolol.

but it really is such an immediately different mood, and that’s so fascinating. listening back to the sawdust version now, you can tell that he’s trying to sort of capture that thrumming heartbeat of the drums from the studio version with the way he’s playing the piano part, but obviously that only goes so far. and of course all of his songs hit a little differently when he’s playing them solo vs with a band anyway, but i think that one’s definitely the most strikingly different experience. i described it to someone the other day as the piano-only version being like that hazy state between dreaming and waking, where you can still remember all these little details of the dream and you’re just trying to live back in that world for a little longer, while the studio version feels more like throwing yourself out of bed and running down the dawn-lit streets in pursuit of the exact thing you were dreaming about. it’s got a momentum to it that i didn’t expect from what we heard from sawdust, and i really love it.

#i think underwater also has a different vibe too, #largely because of the whole saxophone thing happening there, #it's got more of a slow jam kind of thing happening than i expected lolol, #but it's still not as big of a difference as this one, #anon, #replies, #gemini, #i had a dream last night, #noah reid
9 notes · See All
onwardandawesomerAnswer

Yes, I lived in LA for nearly a decade. Many people who live in LA hate LA, I don’t think anyone who lives there, even if they love it, would be offended by him writing songs about his personal experiences with a city that I personally found isolating, superficial, and anti-intellectual, or an industry that intentionally, as he mentions, crushes peoples dreams. In fact, I was at the LA show, and a woman near me shouted “the locals all hate LA too, you’re not special!” when he played Hate This Town.

He’s also spoken several times at shows and on livestreams about the fact that that trio of songs, Hold On, Hate This Town, and American Roads, were written when he was in LA in 2015 for Kevin From Work, and was having a very hard time leaving the life he had built in Toronto, with his partner. I do think he probably specifically doesn’t like LA, for lots of reasons, but it not being Toronto, and not being where his partner was, were definitely two of the reasons he put into those songs.

Also people in LA are “afraid of the rain.” It’s more dangerous to drive on LA roads when it rains because it rains so infrequently, so the roads are slick with oil that doesn’t get washed off by more regular rainfall the way it does in other cities. LA drivers struggle to cope with the slick streets and the nerves that come from having to drive on them, both because of the slipperiness and the knowledge that the other drivers on the road are not very experienced at handling those road conditions.

In a Heartbeat, various episodes (2000): This is actually the first thing I personally saw Noah in, as it ran on the Disney Channel in the US when I was a kid. It’s a show about high school students who work as EMTs (miss me with this internship scheme, I’d like someone who can vote to help me in an emergency) and stars many of Toronto’s finest, including people Noah is still friends with and works with regularly, like Will Greenblatt, Katie Boland, Lauren Collins, and Ashley Leggat. Episodes are on Youtube.

Hasn’t aged a day in the last 20 years, honestly. 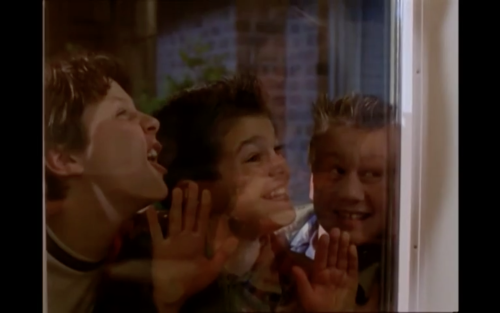 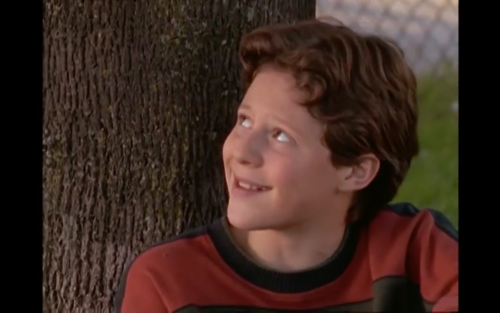 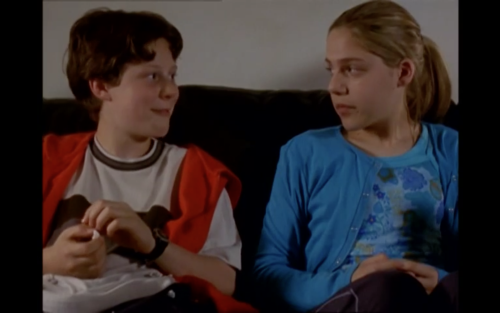 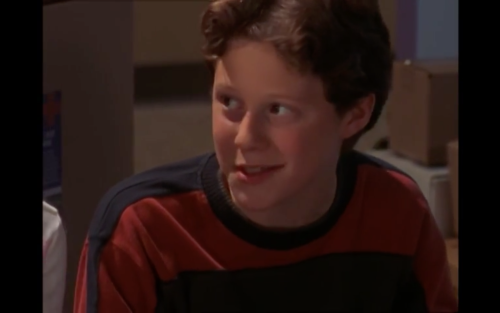 Noah Reid is just out here singing about his dreams and love and his future babies and how he always knew she was the one and honestly who does he think he is?

For those who didn’t know, a bunch of us put together a lil project for Noah’s birthday and album release. 50+ contributors from all over the world submitted stuff for what ended up being a 42-page scrapbook full of art, birthday cards, letters- we even included a QR code for a playlist of covers of his music. These photos are just a small sampling of everything included in the book. After a lot of hard work over the last several months, including the stress of trying to coordinate everything in the midst of a pandemic, Noah received the scrapbook today for his birthday and was “very moved,” from what I’ve been told.

So proud of everyone who made this happen and so happy to have been able to provide Noah with tangible evidence of how much his work means to people.

One of the things I love about Noah’s music is how it makes me feel nostalgic for places I’ve never been and things I’ve never done.

#i’ve felt this way listening to songs from a broken chair, #and i feel this way now listening to gemini, #i think it’s because he sings about feelings i’ve had, #just in different circumstances, #noah reid
5 notes · See All
language-of-loveText

Look what’s sitting at #9 on the ITunes albums chart in the US!

I love these two goofballs.

#you can also tell how much being away from home for sc influenced this holy shit, #gemini, #noah reid, #me, #text, #music, #reaction
8 notes · See All
thisbuildinghasfeelingsText

In this moment, Underwater is my favorite song. I’ve been listening to it on repeat while working and it’s just perfect.

#i forgot i had this clip too!, #i cant believe i never posted it!, #noah reid, #gemini, #first time out tour, #music, #video, #theres something about a man going fucking feral on a piano, #thats just, #*chefs kiss*, #had to lower the quality to upload sorry, #but this version is SO FUCKIN GOOD, #(better than the original i love the original but COME ON), #my life, #in which nykeigh does too much, #i still cant believe this night was real, #what a blessing
21 notes · See All
maxbegoneText

“Music is meant to be given away, passed around, repurposed and recycled.”

Breathin’ in, breathin’ out”

With the absolutely beautiful “lie here” background vocals. Yah I wasn’t ready for that to wreck me emotionally. Thx Noah. How will I recover?