Ren: Nora, are you causing a kerfuffle?

Nora: Yes. Sometimes a moment calls for a kerfuffle

Ren: No! No moment calls for a kerfuffle! You know my feelings on this!

THIS IS HOW V8 WILL END I WILL IT INTO EXISTENCE

Nora: Weiss is gone! Time to cut all the sleeves off my shirts

(I just think this ship is cute)

Remember when Nora was the bubbly Cloudcuckoolander?

#I mean she still has a moment or two here and there now and again, #buuuuuut, #nora valkyrie, #rwby
7 notes · See All
iron-and-iceAnswer

When Thyri Valkyrie begins to understand that she might not get better from this bout of illness she sends off a letter to Ironwood. It arrives in Atlas just fine and is left in Ironwood’s mail box in the officer’s mess.

Ironwood himself is lying in a medically induced coma with half his body in shreds. He spends months learning to breathe on his own, then walk on his own. By the time he limps back into the mess for his ‘welcome back’ party, the letter from Mistral is at the bottom of the pile. It takes him a week of sorting out his piled up correspondence before he finally gets around to reading it.

He practically hijacks an airship to Mistral. He asks directions to Kuroyuri as soon as he lands, only to be told that the village was destroyed months ago.

Qrow Branwen wakes up to an incoherently screaming Ironwood on his scroll, begging for his help. It’s the start of a manhunt that will take them from one end of Mistral to the other.

In the meantime, have this short drabble:

Jaune: don’t look at me. look at ren

Jaune: huh. that’s weird. how did you even know it was broken?

Ren: because it’s sitting right in front of us and it’s broken!

Nora: if it matters, probably not, weiss was the last one to use it.

Weiss: liar! I don’t even drink that anymore!

Nora: oh really? then what were you doing by the coffee cart earlier?

Weiss: i use the wooden stirrers to push back my cuticles, everyone knows that, Nora!

Ruby: alright let’s not fight. i broke it, let me pay for it, Yang.

Yang: i broke it. i burned my hand so I punched it. i predict ten minutes from now, they’ll be at each other’s throats with warpaint on their faces and a pig head on a stick. good. It was getting a little chummy around here.

nora:*slaps jaune’s thighs* this bad boy can fit so many laps on it

Jaune Arc is having a certified Bad Time, and that’s putting it lightly.

Cheating his way into Beacon, he just alienated the only person who cares about him, his daemon isn’t settled yet, and now he’s being blackmailed by Cardin on top of everything. So yeah. He’s having a bad time.

When you try your best, but you don’t succeed

Rwby and Jnpr as Kiddos 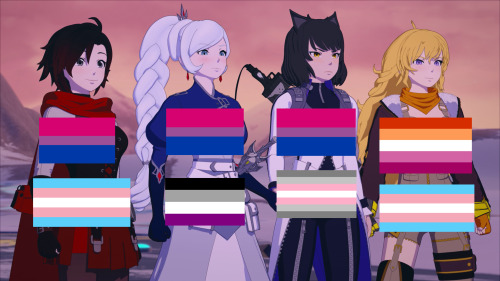 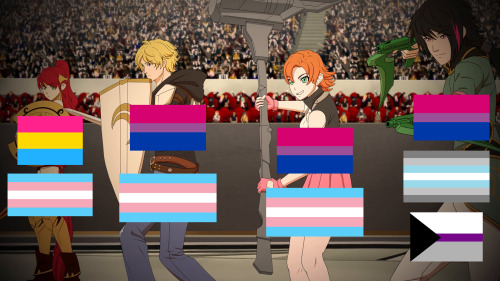 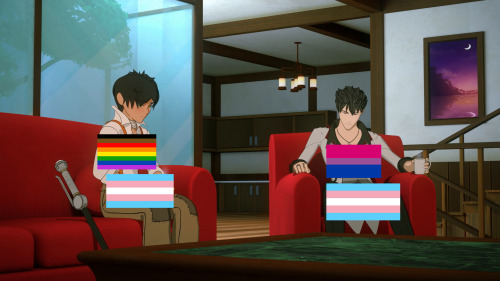 #rwby, #my stuff, #ruby rose, #weiss schnee, #blake belladonna, #yang xiao long, #jaune arc, #nora valkyrie, #lie ren, #pyrrha nikos, #qrow branwen, #oscar pine, #for the record you guys, #were it not for sunflakes and lancaster, #i would 100% hc ruby and weiss as lesbian, #and i'm lowkey salty about that
52 notes · See All
hadesisqueerText

Nora: I’ve learned some very valuable lessons from this.