—Once Upon a Time, “Rocky Road” & Frozen

Gorgeous, funny, brave, and brilliant
Beautiful, won’t give up on anyone
You, oh!

—Kristoff about Anna, Frozen II, “Get This Right” (Outtake)

—Frozen & Once Upon a Time, “Rocky Road”

“I just want to be happy”- Regina

I noticed this while rewatching and it caught my attention knowing what he know now about Emma having magic plus all the scenes with them using it together. In 3x03 when Regina said this was the same episode where rumple made the joke about the roast swan in the flashback and the one where Regina decided not to be with Robin even though he was her supposed “true love”. Her father was talking about her magic and we all know magic and true love are one in the same her dad even compares the two. This is all coming from the same person who said true love is magic.

I recently read the book “Regina Rising” and I wanted to post about some of the parts that stood out most to me and the parallels it had between the show. The book is a look into the life of 16 year old Regina. I will be discussing certain parts but I do highly recommend reading the book.

First her best friend Claire Fairchild. She is described as a girl with blonde hair, blue eyes who wears a necklace on a chain around her neck. Who reminded me of someone in particular. “I wondered if the ring Claire wore on a silver chain”

The ring also reminded me of Maleficent because the ring was described by Regina as “Designed to look like a dragons claw curving possesively around a large dark-red stone”. Which reminds me of her staff pictured below.

I will be getting back to Clair later since a majority of this post is about her and Regina’s relationship. I just want to briefly mention Jasper. He is her painting teacher for a short time before Cora fires him/pushes him away. It was interesting to see her crush on him even if it was brief. It shows you how things progressed with her and Daniel and how there relationship begun. I also thought it was interesting when they described Jasper’s eye color. “Some mysterious force kept pulling me back to his eyes. They were unlike any I’ve ever seen: bluish green”. Which also couldn’t help but remind me of someone else’s eyes.

It is a recurring theme through out the book. In chapter one when her father is defending his friendship with the neighbor she for a moment feels jealous. She thinks “ The way my father came to his defense without hesitation. It made me yearn for that kind of friendship myself”. She desperately wants a companion/ equal but can’t because of her mother. The friendship between Regina and Claire reminded me of the friendship between Emma and Lily. These are the first true friends Emma and Regina have both when they are teenagers. When Lily was first introduced on Ouat many people compared her to Regina not just physically but personality wise. I would also compare Claire to Emma. Both of these friendship’s ended in betrayal only the roles were reversed Claire betrayed Regina by working with her mother unlike Emma who betrayed Lily. This just proves Emma and Regina’s friendship was destined. They are opposite sides of the same coin. They both form these friendship’s in there formative years and both never truly repair the friendship they once had. Emma and Lily almost did but never truly did. This book just continues to prove Regina and Emma are made for one another. This was the first heart break these two experienced.

When Regina is a young girl she loves the color yellow. She wears a yellow shirt and yellow ribbons in her hair at one point on separate occasions . When wearing the shirt her mother says she looks childish and once seeing the hair doe she rips the ribbons out of her hair and tells her to redo her hair. She loses the ribbons in a horse riding accident. The one which causes her scar. The color yellow used to bring her joy it represented light but like all things Cora’s goal was to diminish it. The color that once sparked joy know revoked bad memories of her mother. Near the end of the book after Regina asks her mom to give Claire the letter she sees a yellow rose. “I picked the most perfect yellow rose I could find”. Even after Claire’s betrayal she still fights for her with her mother to save her life. Afterward she sees the rose right before ending her friendship with her for good. The color yellow is a recurring color in the book. The color that represents love, happiness, honor, loyalty, joy and most importantly friendship. The color in the Ouat universe is also connected to Emma. Her yellow bug, her blonde hair she represents light she is the savior. Another tie into the twos relationship. Which gives the scene in 4.13 a deeper meaning. After her near death experience in 4.13 Regina wore a light beige coat and used a yellow umbrella later that season finally beginning to let the light back into her life.

For years Regina wasn’t able to open up to someone due to the fear of being betrayed like she was by Clair. For years she kept her self isolated to the point where others begun to fear her she became the thing she hated most her mother. Emma dealt with abandonment issues her whole life. It took time but the two were able to find not just a friend in each other but family. Emma was the first person in Regina’s life to stand up to her mother. Another scene that proves how similar Emma and Claire are is when Clair says “I just want what’s best for you” similar to what Emma says to her in season 5.

If you are a fan of Once you should read this book if you are a fan of Regina you should definitely read this book. It gives you another insight into her life and explores her character in a time we don’t see much on the show. This is backed up by ABC so I definitely consider it canon. There are many other parallels and clues in the book including Regina finding out about true love, a reference towards Rumple etc. So if anyone wants me to make another post…. which I doubt I will I may even do it eventually for myself.

—Rumplestiltskin, Once Upon a Time, “A Land Without Magic” 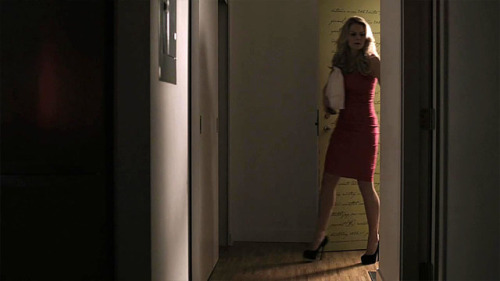 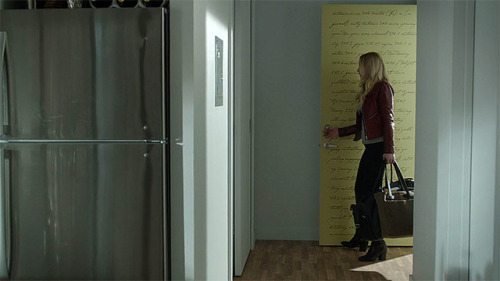 Phew, the fact that David in 106 wears the same pants as Killian does when in his pirate attire, pheeew.

#ouat parallels, #i can only think about france before pants idek why
4 notes · See All
darkcolinodonorgasmText

“You’re smart – you know not to get involved with a married guy. It’s not worth the heartache – trust me.“

So is this Emma foreshadowing Killian’s relationship with Milah? :’D No, alright, she was totally on the other end of the affair, so this is definitely another parallel with Killian.

Out of nowhere, I started wondering who was going to punch Neal Nolan in the face one day. After all, Snow hit Charming when they first met. Emma punched Killian during the early stages of their aquantence. And Henry’s first meeting with Parallel Ella was topped off when she clobbered him to steal his motorcycle.

So it’s only a matter of time before Neal Nolan gets his black eye. (Though it presents the question of whether Hope Swan-Jones will be the puncher or the punchee.)

Colors in the Conclusion

“See what good gets you?” applies to Weak Princess Emma giving up rather than fighting….

Is it possible the coronation is Snow and David’s as King and Queen of the Enchanted Forest?

Although, I’d rather they stay in Storybrooke.

#ouatparallels Love it when they subtlety bring up our original princess! 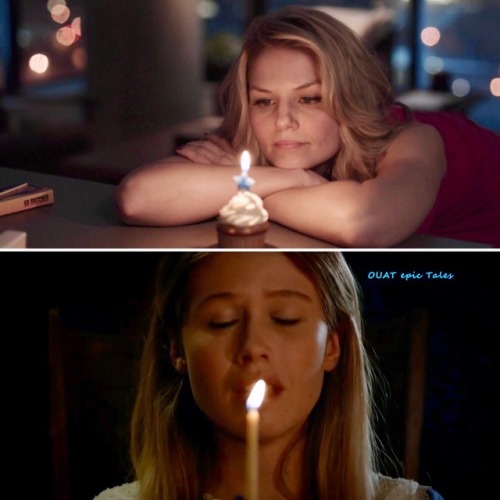