It’s actually not that bad, ja?

Packing for spring break, 2-year-old playing with the tablet, having discovered a Frozen game… I don’t know where it came from…

Elsa keeps saying the reindeer are waiting, and that she’s going to Oaken’s kitchen for… a snack. What, like… brownies?

• elsa: lesbian (but y’all knew that)

• oaken: he literally has a husband and they have a beautiful family and that is all that matters

• olaf: are you kidding me he’s a sentient pile of snow he doesn’t even have genitalia what the fuck am i supposed to say

#i say things, #this is a joke please dont take it seriously, #ok maybe the elsa and honey stuff isnt a joke but the rest, #come on yall can tell, #frozen 2, #elsamaren, #anna of arendelle, #kristoff bjorgman, #oaken, #ryder nattura, #honeymaren, #elsa is gay, #elsa frozen, #sven the reindeer, #olaf the snowman
147 notes · See All
fericita-sPhoto

Oaken in the sauna at the Frozen Ever After ride.  During the line, you eventually go through “Oaken’s Tokens,” and Oaken puts his face up to the sauna window and does various silly things, like drawing a snowflake, singing “Let it Go,” offering free lutefisk with every purchase, drawing a picture of Olaf on the condensation, telling you that going to see Elsa’s ice palace will be a real hoot and a half. 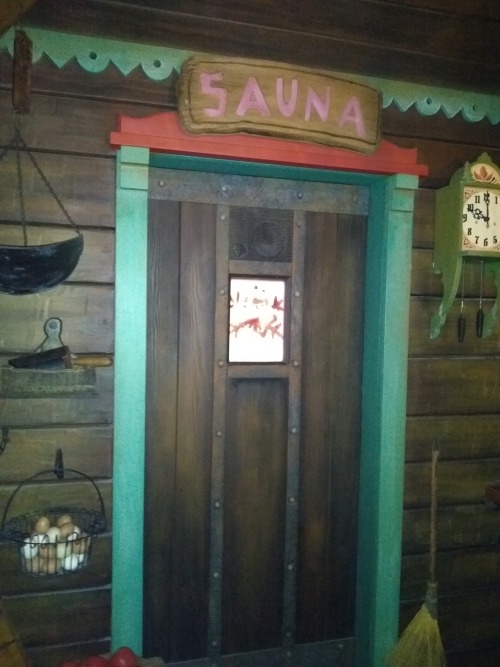 #frozen ever after, #epcot, #oaken, #my kids thought this was the ride and were satisfied, #norway, #world showcase
11 notes · See All
tenshichan1013Photo 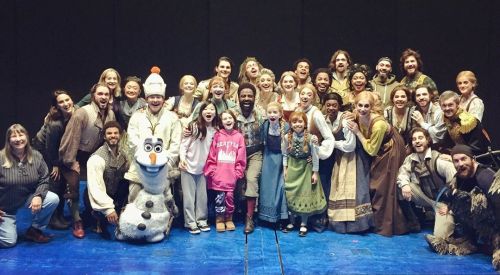 I dragged my mom into Frozen II. The first and only thing she said after the movie was „where was the guy with the sauna? Why didn’t he have any text?!“

#oh mom, #frozen2, #oaken, #her favourite character, #can we just appreciate agduna, #at least she likes the rest of the movie, #i just cried again
0 notes · See All
fericita-sText

After a third rewatch of Frozen II:

The Arendellian soldiers still had their uniforms except their hats. What happened to the hats? Did their heads grow but not the rest of their bodies? Were they repurposed as cisterns? I must know.

Olaf burping out a fish into the cave is hysterical.

When Elsa stops the wave from destroying the castle/Arendelle, Oaken hugs and lifts up the guy next to him.  Is that Mr. Oaken? A friend? Stranger? Sauna enthusiast?

There is snow at the last scene in the forest when Anna is queen.  So maybe three months have passed?

There is a Halima Hudson in the credits.

Anna shushes Olaf right when he says “You’re such a good listener,” and it’s pretty funny.

*Came with a voucher for two free sauna sessions.

Christmas present from my daughter.

#social media, #oaken, #misc
63 notes · See All
incorrect-frozen-quotesChat
Oaken: You need them to think you're stronger than you actually are.
Kristoff: Is that what you do?
Oaken: Oh no, my power is no illusion. I could fucking demolish you.
#frozen, #oaken, #kristoff, #incorrect frozen quotes, #source: orange is the new black
316 notes · See All
iwusnineteenText

Are we not going to talk about Oaken and his husband?

Oaken had one line (literally a word) and no singing

So here’s my Oaken!

I thought about making him bigger but

#noticed this immediately in the movie, #excuse the horrible quality, #frozen 2, #oaken, #the gay icons in this film are top notch
222 notes · See All
candypower702Text

Me when I get paid

#joan speaks, #cursing, #frozen, #frozen the musical, #oaken, #thats like only one of the songs that they added that was kept in the jr version, #sorry but i have blacked out that song from my memory
5 notes · See All
mummyzelenaText