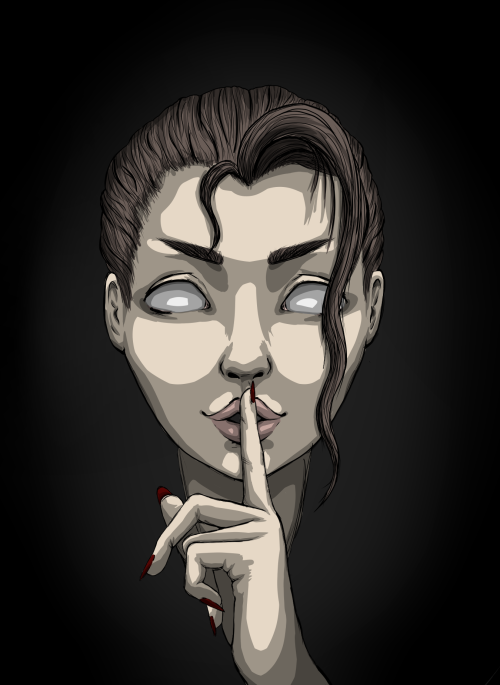 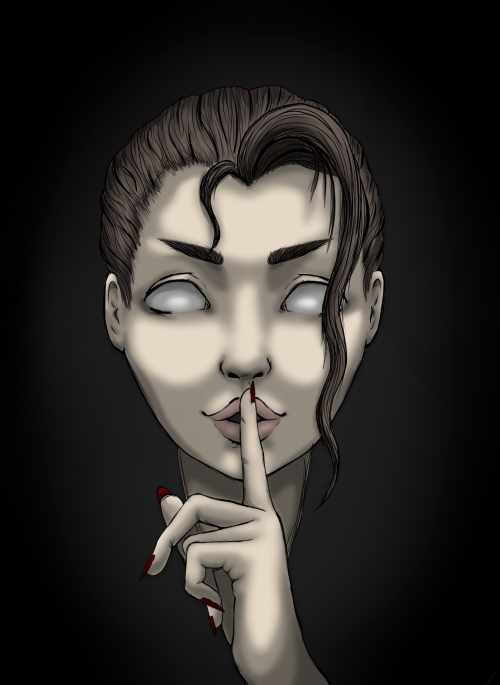 #shhh, #i couldn't get the irises to work so now she doesn't have any, #art, #drawing, #digital art, #digital drawing, #firealpaca, #creepy, #october, #spooky, #halloween
0 notes · See All
pawsometoonsText

Hhhhhh got this one in late and I’m tiiredd

Official inktober promp is “buddy”. Since I am doing the opposite, i chose nemesis (who is also the Greek goddess of retribution). 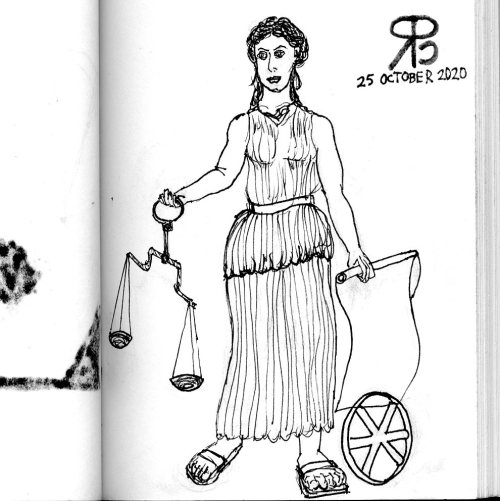 for lunch during our staycation, my father took what’s on the first pic, and let me tell you that it smelled soooo good, while i ate what’s on the second pic. So, under the red and green tomatoes, and yellow butter, there was a fish (i think it was sea-bream something, idk i’m bad at fish name), with on the side a small salad composed with lettuce, cucumbers, and white grape. It was delicious ! More so, that my fish didn’t have any bones, and I’m soooo thankful for that XD 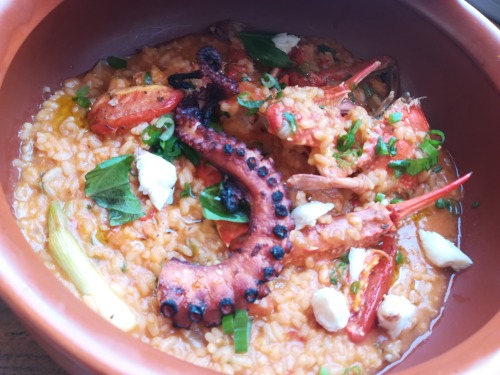 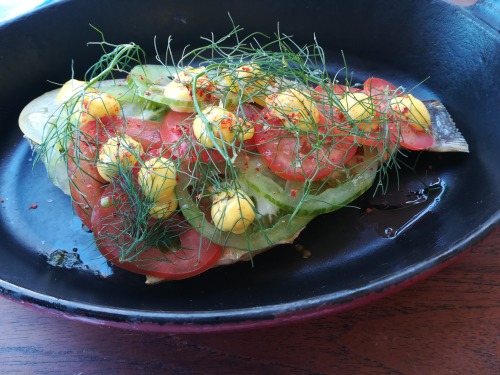 ~The stream led Eldin to a city tucked into the rolling hills at the edge of the forest. He went around asking after the throne of the Moonsteed, but at the very mention of the beast, people would avert their gaze and make mention of horse glyphs in the hills…

And such is the fate of those that fall into the Siren’s web.

I apparently decided to have no chill with this. Posting it late because I worked on it literally all day yesterday and needed a break, lol. I’ll post todays prompt tomorrow as well. But I just.. Really wanted to draw her big old CHOMPERS. So headcanon that even by Deepnest standards, she’s just a very disturbing looking spider. Tis why the lovely Lady Sirenne keeps her heart and her face under lock and key. 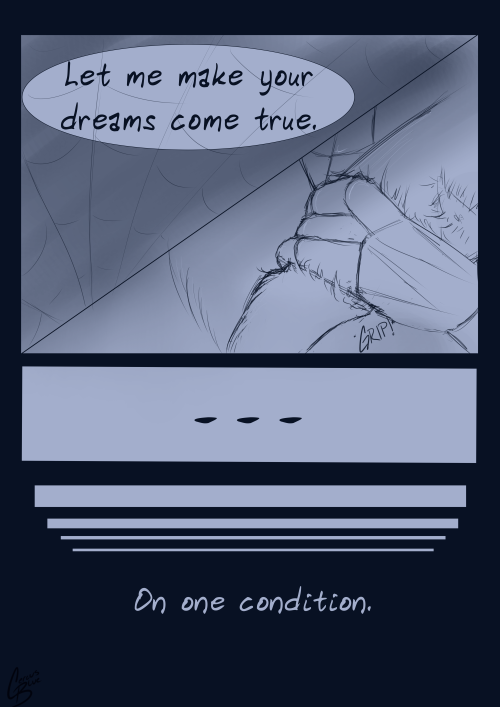 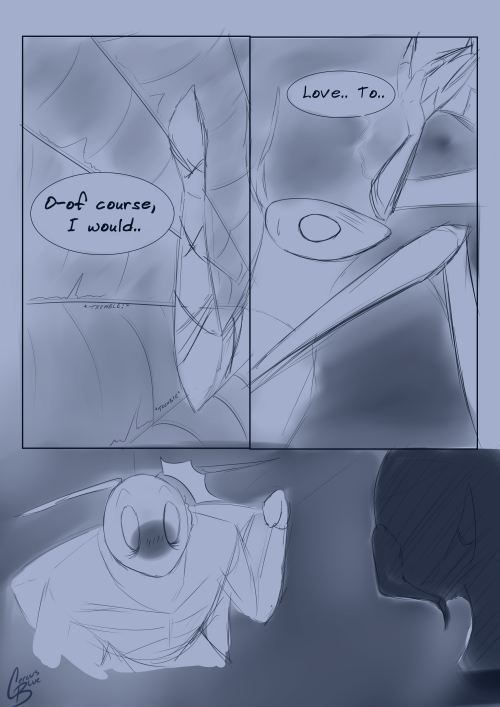 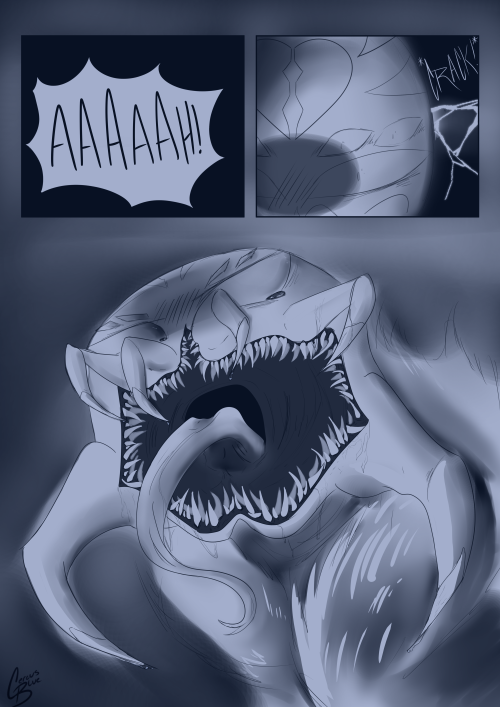 #cereusblueart, #hollow knight, #hk oc, #sirenne, #orchid crab spider, #tw teeth gore, #tw arachnophobia, #drawtober, #day 24: teeth, #inktober, #OCtober, #oc-growth-and-development, #but ye he ded, #btw the guy in the web is a stink bug lol, #literally asked my server for a random ass bug and that's what I got, #people always tell Sirenne beautiful lies so that she may release them, #or they think she's pretty, #but the moment the mask comes off it comes out that their affections were only skin deep, #and in her fits of despair.. she eats them., #also I'd like to make a fucking shout out to all my friends who say they wanna kiss the spider, #are you SURE you want to kiss that spider now???
1 notes · See All
cartoonsofthecosmosText

Witches bear an incredibly resemblance to humans. The only real differences are their ear shape and witches’ bile sacks, which allow them to perform magic.  Other than that, they seem to be identical to humans. This leads me to believe that the first witches were humans, and today’s witches are humans that have evolved to life on the isles.

Here’s what I think happened: Any time from a couple hundred to a couple thousand years ago, a group of humans found and entered a portal to the Boiling Isles. Some of them died, due to the rough conditions of the Isles and the dangerous creatures living there. However, some of them persisted and discovered the magic of the Isles. They found naturally occurring glyphs, just like Luz did, and were able to use those glyphs to perform various types of magic. Several generations later, those humans evolved to have the ability to perform magic without needing glyphs. I’m not really sure how, but I’m guessing that it was a combination of natural evolution that came from using magic and being on the isles and a sort of genetic mutation that was done intentionally using glyph magic. These evolved humans became today’s witches.

Getting into a more sci-fi creepier side of thing, genetic mutation could account for some things that we observe in witches today, such as Boscha’s three eyes and everyone’s pointed ears. These could be unintended side effects of the experimentation that eventually gave witches the ability to perform magic. Even though I find the genetic mutation idea delightfully creepy, it’s still possible that the evolution from witch to human was entirely natural. Either way, I’m still convinced that the first witches were human.

The jewelry I released for the month of October! Now available here!  Please feel free to message me if you have any questions! 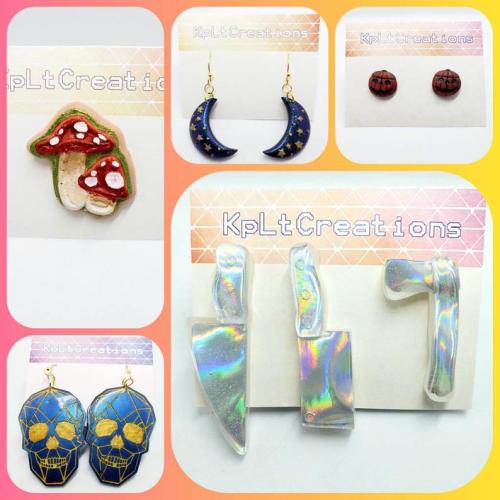 Val, in a rare moment where he’s not smug and grinning. I imagine him thinking about past wrongs he’s done, guilt, being a bit somber about the loss of his left eye (hence the prompt, and hiding that side from view). He usually doesn’t let people see this unconfident side. 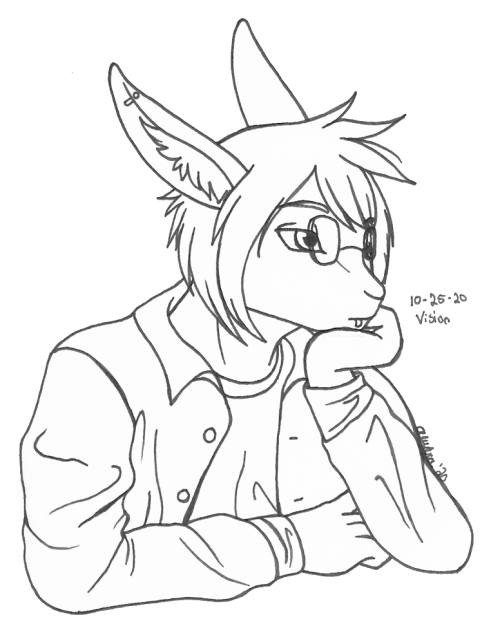 Happy Spook Season from Selina and me