This is some older art but I finally finished it. Really like how it turned out and the background was fun to draw.

STAR VS MUSHROOM SPLATFEST IS TODAY I DIDNT EVEN KNOW

ELEGANT FEDORA HAT - Casual style perfect for any outfit, Unisex classic style straw fedora, perfect for any season of the year.SUN PROTECTION - Large brim offers a wide shadow for your ear, forehead, cheeks and neck, real anti-UV material (UPF50+), protect you from harmful sun rays.TEA PARTY FAVORITE - The hat’s Round Base and Slip-on Headband will Allow you to Look Flawless and Enjoy any Event with Ease.EASY TO CARRY - The Sun visor is very lightweight and foldable, which makes it a good companion when travelling or shopping.MULTI USE – Can be used for casual daily wear or outdoor, ideal for beach, camping, hiking, tourism, golf, jogging, running, walking or other activities. I’m desperately bored in solitary quarantine at university right now, and decided to try and pick this SU rewatch series up again for fun. It’s been a while since I’ve watched through the show in order. Plus, now that this show is completely finished, there’s plenty more connections to make. I can’t promise I’ll be consistent with this, but at the very least I can have fun trying to make a few more posts at my leisure.

Anyways. With that business out of the way. Let’s get right on to the show!

We begin with yet another mission Steven’s guardians have brought him along on! I believe this is the fifth mission we know of that he’s accompanied them on so far. (Lunar Sea Spire, Inverted Pyramid, the unknown mission he returns from in Tiger Millionaire, the desert, and now this one.) It’s really sweet seeing the Gems begin to trust him tagging along more often. There will come a day in the near future where missions become routine for Steven, but in these early episodes, you can really tell that each and every one is a brand new adventure.

In terms of plot, though, this episode is honestly Future Vision: The Prequel.

We learn a lot about Garnet’s abilities and her role in the team here, even if all of these details aren’t spelled out word-for-word quite yet. Hints towards her future vision we see this ep include:

Look at her go.

I had to gif all of this just because it’s such a beautiful and smooth sequence of animation.

If there’s one thing all of the Crystal Gems can 100% agree on, it’s that Garnet is friggin’ amazing.

Garnet: “Let them go. They’re just parasites. If they want to be a problem, they’ll have to answer to me.”

So, does this statement mean that- at this present moment- her extended stay at the arcade was entirely beyond her future vision? That the only futures she saw were ones where she was actually present to deal with containment of the Gem parasites? Given that later scenes insinuate she’d never been to the arcade before, and would have no “data” about its games to factor into her internal understanding of the world, this seems likely.

I adore the gradual palette change here, from shadow, to setting sun. It’s a nice detail that adds so much more life to what could otherwise be a rather mundane transition scene. It seems like unique palettes were more common in early SU- I wonder why Crewniverse stopped implementing these as often later on?

Pearl, entering the arcade: “Humans find such fascinating ways to waste their time.”

This sequence of Pearl failing at playing a car chase/road rage game hits so much different knowing what happens in Last One Out of Beach City. It’s genuinely radical how far she grows in confidence from this point, because here, she seems so shackled to rules and guidelines. Now that we know about her rebellious past, it might be tempting to write this characterization off as “early series weirdness,” but… I don’t think that’s what’s happening here.

Instead, I wonder if she’s working through grief-related regression.

Think about it… the pain of Rose’s passing is still so fresh for her. She was a rule breaking rebel once, yes, but she spent all of those days at Rose’s side. And I get the sense that she’s poured so much of herself into keeping Rose safe, into the rebellion against Homeworld, that without those, she’s caught in a vacuum. What IS her purpose now, when the very person she rebelled for is gone?

So she slips back into old pearl-like habits. Chronic rule following, and a fear of deviating from norms. How familiar. Thankfully, much of her arc throughout the show is her directly growing beyond these habits to live boldly as her own Gem.

The friggin video game when Garnet knocks its head off: “TELL MY WIFE I’M SORRYYY!!!”

Yo, what the fuck. This line is both hilarious and messed up, all at once. Please tell me the game isn’t sentient.

Aaaand here we finally introduce Garnet to the video game sensation that is Meat Beat Mania! This game is perfectly suited to her and her power of foresight because its patterns are algorithmic and not vulnerable to spontaneous deviations, and thus easy to predict, with enough input. She’s probably getting a quick rush of satisfaction with every correct move, and she barely has to exert any energy with her future vision to get that rush. After years and years of wading through endless possibility at every avenue, this video game’s patterns must be a rejuvenating breath of fresh air.

…Kinda makes me think of how I get sometimes when I play solitaire on my phone for an hour straight. After a while, I barely even think, I’m just shuffling through my deck and moving cards almost on automatic. I don’t have to use much energy to play, and it gives me animated fireworks every time I finish a match. It’s a win-win.

I don’t know what it is about the way Michaela Dietz says the world “airplane,” but this makes me laugh every time. Does… does she think she can win a genuine airplane here because she saw Onion win a tiny motorbike from the ticket booth?? Amethyst, oh my god. XD

She’s got the spirit, this wild child.

So, moving on- we meet up with our crew later the next morning, Garnet nowhere to be seen. There’s an interesting exchange I’d like to highlight real quick-

Pearl: “If we’re supposed to fight a giant foot, Garnet would let us know.”
Amethyst: “Yeah, Garnet’s the boss!”
Pearl: “Well, we’re all a team. Garnet just has heightened perception that guides us towards our mission objectives.”

Given the fact that Garnet chose to keep the knowledge of Ruby and Sapphire under the table until she felt Steven could understand her better, my guess is that this is a similar scenario.

Ahah, I genuinely can’t tell if this is Steven being gullible, or just impulsively playing along with Amethyst’s antics. Still- gross, kid. Don’t wipe your wet cereal face on your shirt! Ew! :O

When he goes outside and starts to use a kiddy metal detector to scan for quarters… so THAT’S where he finds his arcade money! Because I can’t imagine Greg is financially able to give him that much to spend on non-essentials at this point in the show.

Okay, so… I just want to bring light to the fact that Garnet has literally been in this arcade ALL NIGHT LONG.

It was evening when she first arrived here- the sun was visibly setting in the background, and when Steven, Amethyst, and Pearl left, the sky was dark. But now it’s morning. Steven was just seen eating breakfast. And Garnet is STILL HERE.

Does this mean Mr. Smiley locked her IN? I have so many questions… Did he try to get her to leave, only to be intimidated by her complete lack of response? I would kill to know more about this interaction. Poor Mr. Smiley. That man deals with so much bullshit in this town, huh?

Geebus, is Garnet a solid wall. Previous episodes have shown Steven forcibly shoving whole tons of food, and swinging a mini-freezer over his head, and yet he can’t get her to budge even an inch.

I absolutely adore how he climbs up her frame like a koala, though, ahah. Cute.

I take these two lines as evidence that this is the first time Steven’s ever seen Garnet’s eyes. Specifically, the fact that there’s three of them. Which, makes sense- since Garnet is still really reserved emotionally at this point, and is only begins to get in the habit of taking her visor off to show Steven her full face later on in the show.

This expression deeply hurts me.

Steven’s so distraught here- because the others are in danger, the town is in danger, and he doesn’t have his trusty, dependable guardian who catches him when he falls and beats up scary monsters for him. Without her, the whole team is vulnerable and blind.

He feels alone. He feels… powerless.

And so he responds to that confusing, powerless feeling by trying to compensate with his own power. When all other routes he can think of fail, he smashes the video game console.

It… uh, it works… but once again, Steven entirely fails to consider the consequences, huh? He experienced a little bit of character growth in this regard in the episode Serious Steven, but even past that it’ll remain an recurring issue for him. Hell, his impulsiveness is a general character flaw even stretching into SUF.

Poor Mr. Smiley. He works so hard, and doesn’t deserve this BS. ;-;

Pearly Lustre is a Singapore-based company offers a wide range of pearls from Japan, Australia, Indonesia, Philippines and China. Our specialists actively participate in fashion shows bringing most up to date global fashion designs to our customers

It links to an article, which says this in it:

“The Pokémon Company plans to officially reveal the remakes of Pokémon Diamonds and Pearl for Nintendo Switch in February, according to sources close to the company. In addition, this new installment will be different from Pokémon Let’s Go, the remake of Kanto released in 2018, maintaining the classic Pokémon capture style, according to the Pokémon Center.”

The fact that it’s not going to be like Let’s Go is a red flag to me, as Let’s Go was the best pokemon switch game compared to Sword & Shield. It had:

- better follower pokemon animations
- better battle aesthetics
- better graphics. Compared to the barent landscapes in sword; in Let’s Go there was no empty spaces, every city & route was full of life because it had a full landscape.
- partner pokemon
- ride pokemon

The veil is strange but I promise that I do better QwQ / O véu é estranho, mas prometo que fasso melhor QwQ

Bismuth: Come home with me

Pearl: Who are you?

Amethyst, facepalming in the background: YES Gatsby Headpiece Size: Free size. High quality silk bands, you can adjust the size of this headpiece according to your own preferences.Fashion Design: Leaves and medallion deco with pearl and crystal, luxurious and graceful.Beautiful pearl pendant in the forehead, retro and elegant, make you look like the queen of the prom.1920s headpiece headband perfectly match with various Event, Formal Party, Cocktail, Wedding, Halloween, Thanksgiving, Christmas, 1920s Great Gatsby Party, Flapper Party and Anniversary.It’s a perfect accessory for any outfit, not only formal outfit but leisure outfit. It is outstanding gift for mother, wife, girlfriend.

more product select from our Headbands:https://www.capsstory.com/23-headbands 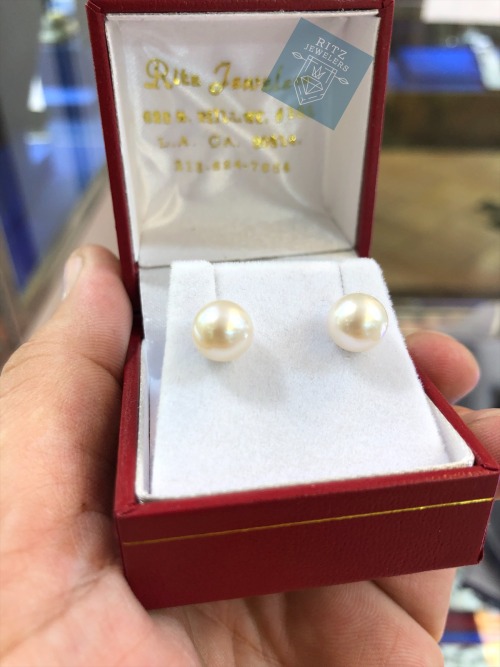