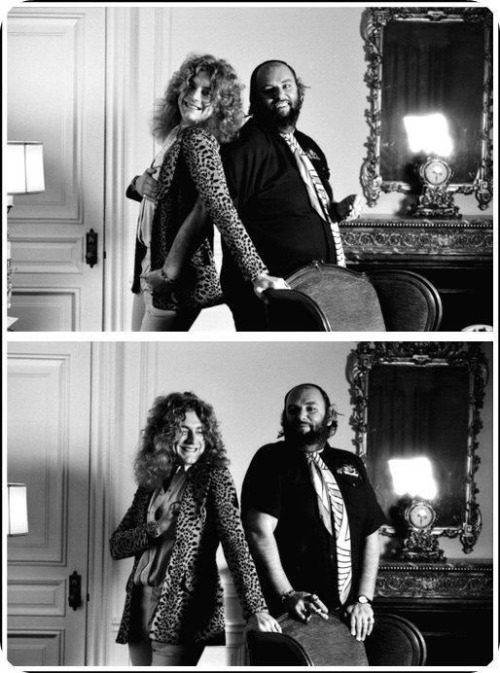 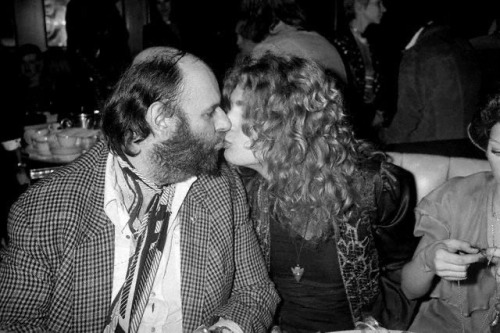 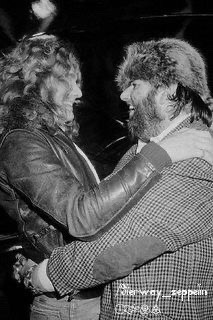 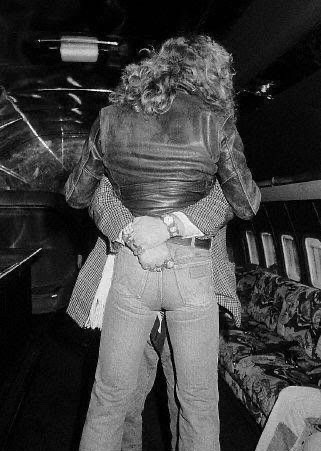 Why I love Peter Grant

There are many wonderful texts on this topic doing the rounds, but I’d like to add one point of view I haven’t seen discussed:

The way Peter doesn’t ever question Molly and Foxglove not speaking.

I’m a sometimes nonverbal autistic person, and in Peter, I see someone who really respects the fact that not everyone will speak.

When Peter is captured and spends time together with Foxglove, he lets her tell her story even if it takes a huge amount of time. He lets her do things in her own pace, even if night falls while she’s telling the story and they must stop for sleep.

(Also: when they have escaped and Foxglove is fascinated by the everyday items at the corner shop, Peter gently guides her towards the matter at hand. Not ”don’t touch it” but ”let’s come back to this later”.)

Peter seems to have this wonderful attitude towards life that everyone he meets is a complete person and has the right to be met at their own terms. And I love him for that. 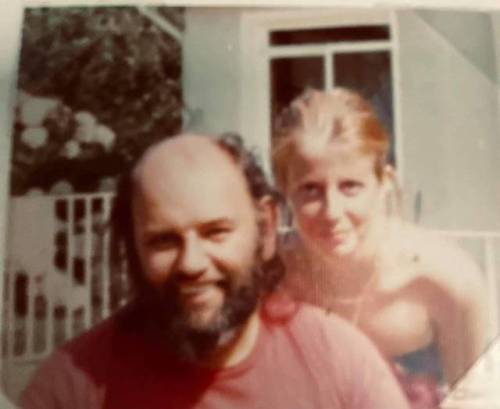 Watched Bridgerton, didn’t really care for it, but now I have a new top contender for a Peter Grant fancast.

He’s quite a bit hotter than I imagine Peter, but adaptations tend to add a few levels of hotness to the mains anyway, and I’m sure he can look suitably dorky in a hi-vis PC Plod jacket anyway.

The most troubled of Starlings 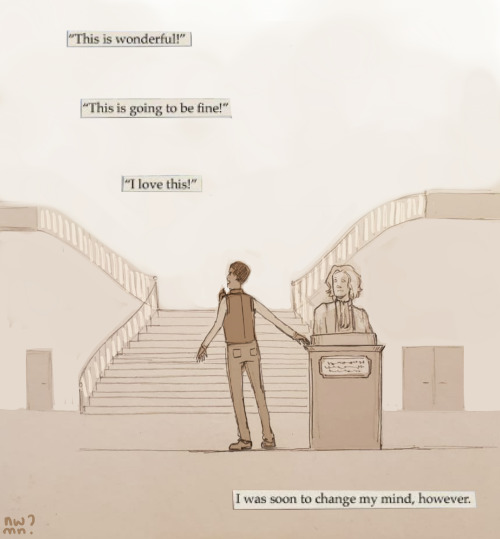 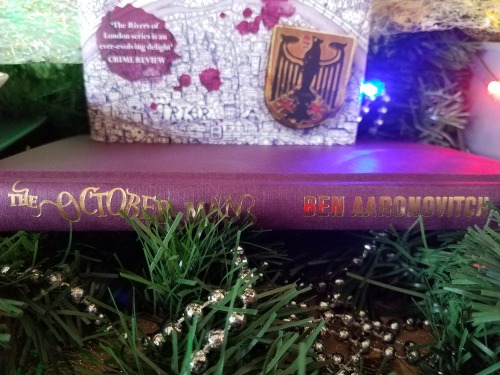 Taking the cue from @vgriffindor, I’ll post my favorites in ascending order, starting with No 10.

I have been a fan of Ben Aaronovitch‘s urban fantasy/police procedural series from day one. In this latest installment, Peter Grant, London Met copper and magician, is investigating suspicious activities in a cybertech company while, in his private life, he is facing the daunting advebture of becoming a father to twins - with their mother being a river goddess.

“False Value” is stuffed to the brim with a cheeky look on the world of IT freaks and tech geeks, while it is also surprisingly action-packed and features magical battles and memorable duels oh-so-elegantly executed by Inspector Thomas Nightingale, Peter’s mentor (and my secret, longtime book-boyfriend).

It’s funny, diverse, exciting and full of dry wit and Easter eggs. The Peter Grant books are never perfect - Aaronovitch tends to lose sight of the plot and meanders a lot, but this one is surprisingly tightly woven and logical, and who cares about plot anyway - this series is about the characters, about London and about the magical parallel world that makes it an even crazier and more charming city than it already is.

And once more the audiobook is mind-blowingly performed by Kobna Holdbrook-Smith who masters every accent and dialect that Ben Aaronovitch throws at him with style and ease.

This series is a Brit-packed, insane and quirky delight, and if you haven’t read (or better: listened to) it yet, you’re missing out.

Peter: I have everything under control

Lesley: Is that the reason everything is on fire?

The poor Johnsons :(.  And poor Peter :(.  Some situations are so no win.  Love Beverly, as ever.

various discourse crossing my dash today is reminding me that my favourite villain redemption/enemies-to-lovers dynamic (applicable to Kaysanova but far from exclusive to it) is not “Character A, a good person, redeems Character B”, because that’s…boring and buys into shitty narratives sold to (mostly) women about (mostly) abusive men. you can’t change people from the outside.

what it is, is "Character A, a good person, extends Character B the basic amount of decency and kindness they would extend to anybody, and Character B is thereby motivated to put in the hard yards to improve themselves". Because you get the satisfaction of kindness being rewarded, and the satisfaction of someone becoming better, and you put zero responsibility on Character A to do anything special or sacrificial, or set their own needs aside.

and yes, this is pretty much exactly how I see the Joe/Nicky Crusades-era dynamic going down; Joe, after (justifiably and reciprocally) killing Nicky a bunch, figuring out that that isn’t going to work and refusing to keep doing it, and then just…being a basically decent person, including keeping the personal boundaries he needs to deal with the situation. And Nicky, who is probably already traumatised by everything he’s been through/participated in (regardless of the extent of that participation), trying to return that decency and eventually gaining perspective on what he was part of, and committing himself to doing some real good.

because, despite Nicky saying in the movie that ‘it’s like destiny’, I am much less interested in destined romance than in people actively doing the work and making the choice to be good for each other. destiny only gets you so far.

(fwiw my favourite version of this dynamic in another fandom is entirely non-romantic, and it’s the mini-redemption arc Varvara under goes in the RoL books/comics, which is pretty explicitly because Peter (and his colleagues, but mostly Peter) treat her humanely and respectfully, while also arresting her for the very real crimes she did in fact commit. and notably in that series the tragedy for Peter is that he does keep going out of his way to try and proactively redeem/rescue someone who isn’t interested in being redeemed, for whom his basic decency/kindness wasn’t enough, and you know what it ends in? massive trauma for him!)

Broke: Nightingale hasn’t been in love for 60+ years because of the war traumas

WOKE: Nightingale only stopped sleeping with anyone/everyone in the Londons gay scene because of Peter. Why you ask, because that boy is a lot to handle at best and good wizard teachers don’t get distracted *wink wink*

Edit : He hasn’t stopped shit but Peter is an idiot so he NEVER noticed. One time Nightingale comes home in a suit covered in glitter around 3 in the morning and Peter meets him because eating stuff at 3 in the morning is valid and Thomas gay paniks and tells him some bullocks about exploding fairys and Peter BUYS IT in a heartbeat. 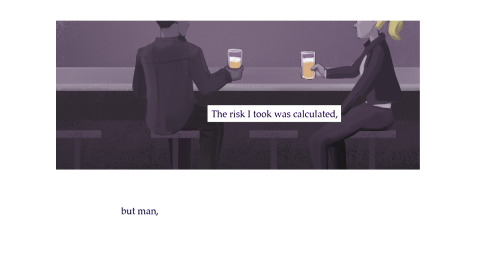 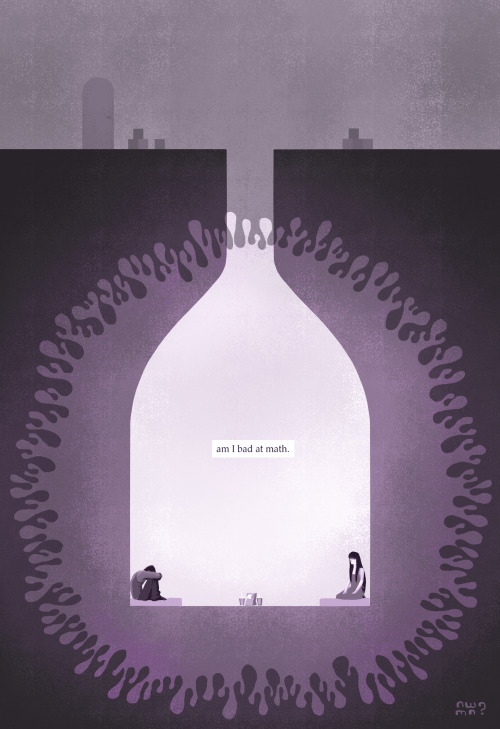 Cover art that I made for knight_tracer′s podfic made based on mardia’s “Love Looks Better in Color” on AO3. 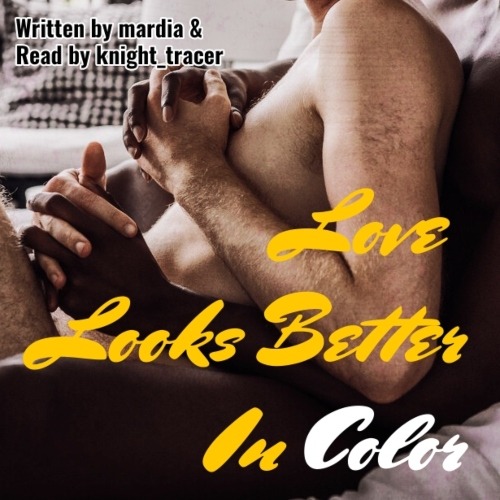 What I wanted: more Rivers of London and Peter Grant!

What I got: confused for the first few pages. It took me a short while to get into the story, because I was wondering what’s going on (what has Peter done now?!) and why there were so many Hitchhiker references (I mean, I love Douglas Adams but what on earth was happening?). After that rather abrupt start things got really good. The solitary cases are always my favorite and this one was again full to the brim with media, book and game references.

Cover art that I made for BabelGhoti′s podfic made based on Sixthlight’s “The Betting Pool” on AO3. But just for completeness, I made one for if the prequel “Mostly Ceremonial” is ever recorded. (Because I’m a nutter for completeness. :P) 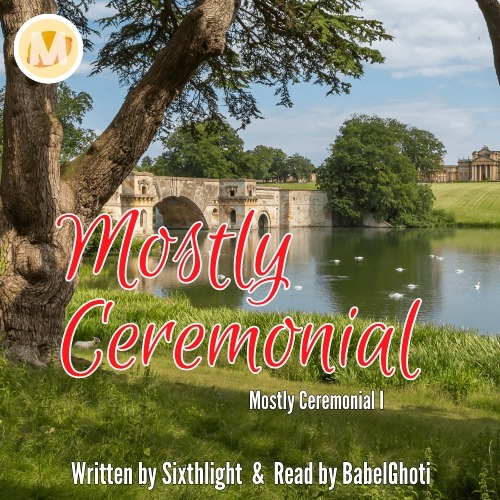 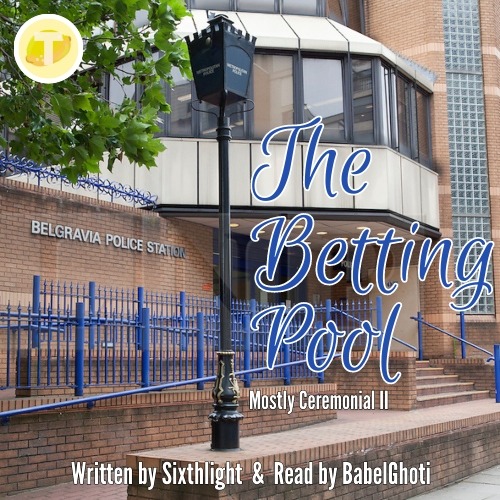 I want an excuse to call someone a muppet. I will have to think about how to make it happen.

also, how adorable he is so proud of Thomas ‘tiger tank’ Nightingale. I will need to go through some day and do a tally, but pretty sure it would not be a safe drinking game.