This past weekend I decided to be a masochist and draw not only the illustration for AUP chapter 14 but also an illustration for chapter 2 (this preview is from ch 2; ch 14 isn’t out yet so no spoilers 😉).

As tired as I was, I did get a kick out of drawing some scenes from AUW I couldn’t squeeze in otherwise…even if they’re kind of abridged in film reel format 😂

So this was hard work!! Made a sim today and let me tell u cc hunting was difficult and hard but I got her done!

For the @theclotizine I wanted to cover that sweet spot post-promise but pre-crisis core, where it’s just mutual pining and longing. (I know, I know, don’t @ me). The zine’s open for pre-orders, so check it out! 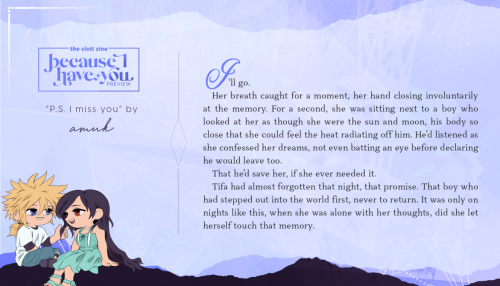 So uh here’s an unofficial thirst snippet of the dmab version I’m working on because I’m like, having way too much fun with it >:3c

Preview of my final batch of artwork and digital goodies for my last month on Patreon! https://www.patreon.com/weremagnus

As well as all prior exclusive posts dating back to August 2020. March 31st will be the last day to access.

Thanks for the support on Patreon while I tried out the platform! 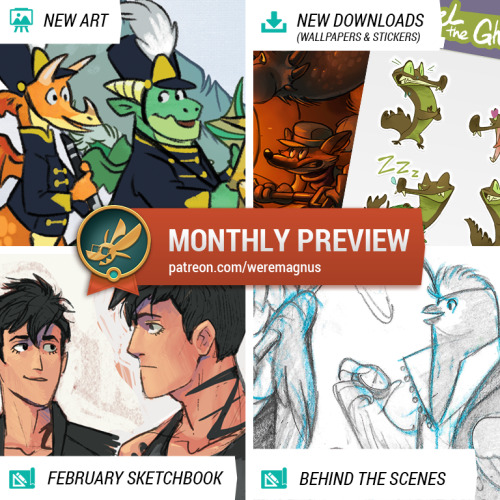 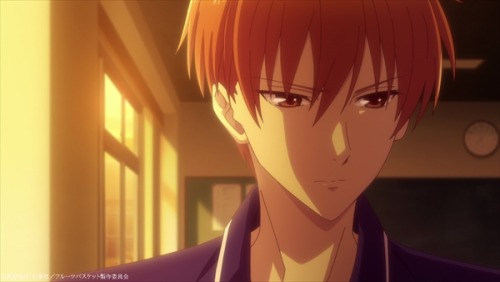 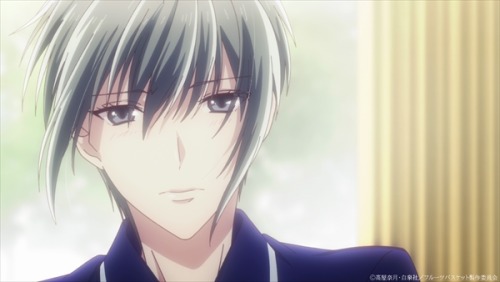 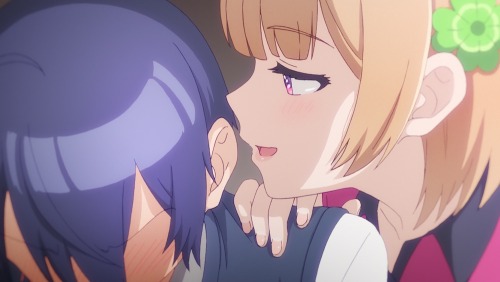 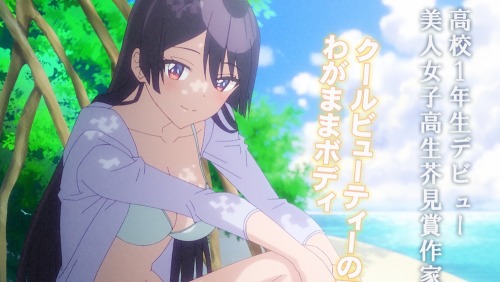 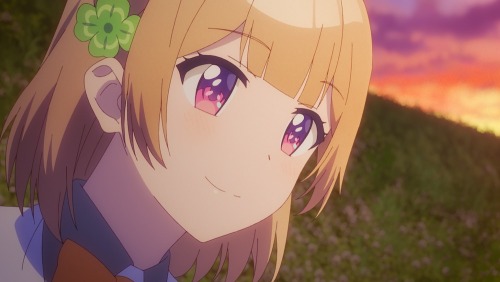 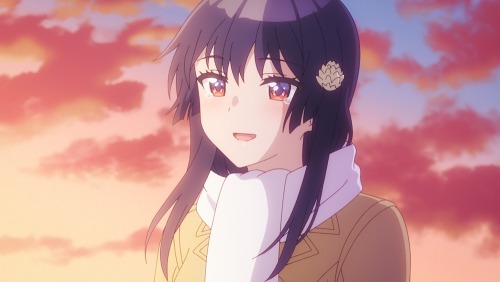 Preview: A New Threat Changes Everything In ‘Buffy The Vampire Slayer’ #23

Preview: A New Threat Changes Everything In ‘Buffy The Vampire Slayer’ #23

Joss Whedon’s angsty teenage vampire drama continues this week with a new installment of BOOM! Studios’ Buffy the Vampire Slayer. Written by Jeremy Lambert, illustrated by Ramon Bachs, colored by Raul Angulo, and lettered by Ed Dukeshire, Buffy the Vampire Slayer #23 drops this Wednesday, March 3, 2021.
‘The Scooby Gang has been torn apart… and no one is safe. Giles, Willow, Ethan (sorry, still a… A spoiler ahead of the 9th chapter. I made it long ago as a side draft and decided to use it for the story after some polishing. Short & sweet, as always. :3

Nejteri’s brows curled with a little wrinkle pinched between them. “What do you know?!”

The arch of his brow irked her as the demon put on a face that he thought she’s smarter than that. But he didn’t really mean it like that. “You’re untouched. It’s very perceptible for someone like me, in your ingle and by the smell. Yet, here you are- selling your pride undoubtedly like your brother six blocks away,” the demon could have continued but the hooked grasp on his turtleneck jumper with the knuckles of little fist digging into the flesh of his breastbone through the cloth halted him.

Nejteri had Dewa cornered on the seat to the bar, right fist ready next to her jaw to strike but even if the knuckles paled it shook with uncertainty. She wanted to punch him, hurt him, make him wail, yet she had not concluded why. Being mellowly ignorant for the past few years made the sudden snap question herself of whether to fulfill her raging bloodlust or let it be like it’s the same normal ordeal of flight instinct. The inner fight in her eyes as bright as the sun for the male. The contradictory taste of being touched physically made a sneer curl on the edges of his thin, pinkish mouth and his skin crawl with goosebumbs, partly he understood that she got touchy from his words she wasn’t prepared for the contumely. Still, it’s like she’d gone mad.

“Now now, kids, play nice!” Izumo’s chided voice brought some sense into both of them and Nejteri eased her muscles immediately, letting go of the raven-haired demon in blue. “Dewa, I thought you said you’re too tired for any wild activity tonight,” the angry leer behind the cold smile turned to Nejteri. “And I advise you to hurry up with those orders, your ‘break’ took too long, missy!” after her hasty nod she grabbed the drinks on a serving plate and paced off to the thirsty clients.

Dewa smoothed the wrinkles on his jumper with his palm, restless wrinkles of frowning easening up. “It wasn’t my intention to start anything,” he explained for his defense.

“Had Mammon did something to you?”

Looking almost startled by that question, he stopped slouching his posture in hopes that the intensity of purple orbs will ease. “No?”

Izumo offered somewhat a lax smile while taking in his nicotine drug, holding it in. The rubbing sound of a rug against a wet glass came out as lazy within seconds. “I might’ve not seen you for a few years but I never found haphephobia suited for you,” he huffed out the smoke through his nose and mouth as he talked.

Dewa almost rolled his eyes but chose to rest his eyelids instead and smiled from amusement. “I don’t fear anything. I just want a breather from feral grabbing and babysitting, that’s all,”

With a sincere nod of symphaty, Izumo picked a bottle to refill the glass of his exhausted-looking kinmate. “At last someone gets my pain now,”

“Is it why you don’t visit?” Dewa took a hasty sip of his drink and his murmurred words were throaty.

Hmm… “Not really the reason. But taking care of females in heat cycles is hard to manage, female kids are kinda easier and incubus’ are the only calm ones.” Izumo lowered his tone into a murmuring whisper for nosey people not to hear. “But I do like to keep myself busy, let’s say that it got me… bored over the millenias,”

Dewa arched his brow ever so slightly. “There must be more though,”

Tsk! Izumo made his back face Dewa as he returned the brown bottle on a higher shelf. “Shut up and keep drinking,” he hummed lowly, waking over to other drunk-flushed customer. Dewa hummed to himself and the edge of the glass tapped on his lower lip with lazy beats of rythm, deciding not to poke further his kinmate as he too has own secrets he won’t talk about so he decided not to be that much of a hypocrate. He didn’t bother to took too much space in the misty bar and left after an hour, the shit-faced drunk next to him nearly fell asleep on his arm too. Since the children back at home are no longer in his care he could try to get some rest unless Mammon’ll decide to pounce on him randomly he’s not sure if he would have any seed of patience for that.

#There's NO way Asmo has haphephobia... Or does he? 🤔#nejteri#k project#demon au#kusanagi izumo#dewa masaomi#preview#(I was angry when doing a draft of this and needed to take steam out the best way I could lol)#it IS cut out of context lol
5 notes
3millionyears
Text

Out This Week: The Mean Arena Vol.1 - All To Slay For

Out This Week: The Mean Arena Vol.1 – All To Slay For

Out digitally this week from Rebellion, this week it is the first volume of The Mean Arena.

There’s a double update tomorrow because apparently I enjoy burning through my buffer when I’m struggling to keep the new pages coming already. But I am so incredibly proud of the update that’s to come and I hope you enjoy it. 😁 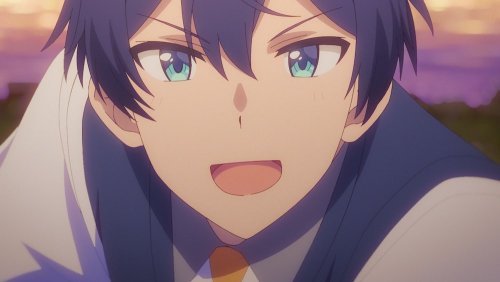 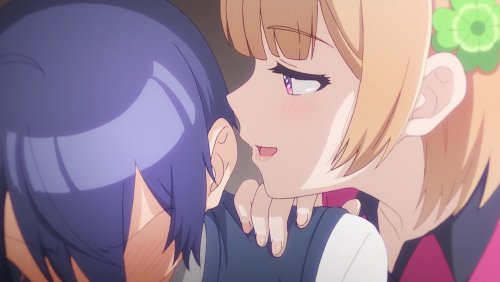 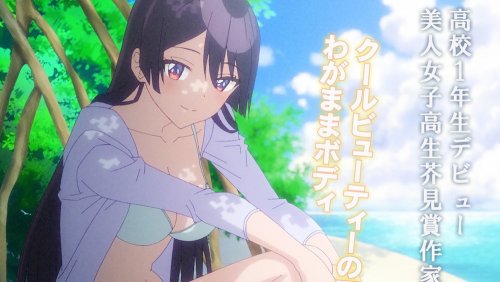 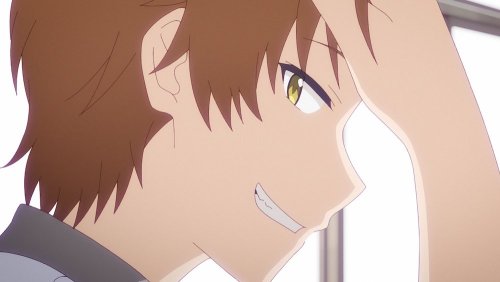 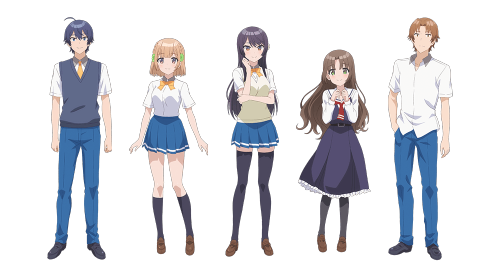 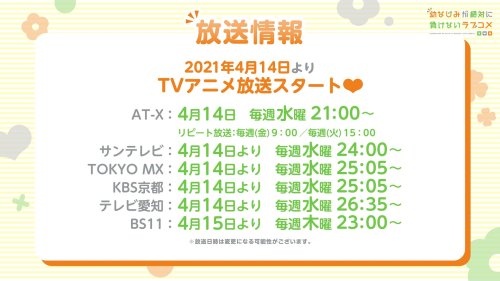