The Birchwood Forest looked different during the summer.

There was still snow on the ground, and the air was still cold, but the trees were bare, and the snow glistened a bit more, right at the edge of melting, only to refreeze once it finally did.

“It’s always strange coming back here.” Zane mused as he exited the tree. “It feels like some long distant dream world. Like it shouldn’t really be real.”

“You’re sure you got everything you needed?” Pixal asked, climbing the last stair behind him.

“I just needed the falcon prints. Nothing else.” He lifted the rolled blueprints, exiting the treehouse, Pixal close behind him.

“It’s so quiet out here.” She smiled, stepping out into the snow.

“It wasn’t always. We used to have quite the treehorn problem.” Zane chuckled.

Pixal stopped in her tracks looking up at the trees. “I wish I could have been here for it.”

“For what?” Zane stopped, turning to look at her.

“Your true potential.” Her eyes met his again as she tried to visualize it.

“You didn’t miss much,” Zane chuckled.

Pixal stepped forward, taking his hands. “I don’t know about that.” They shared a warm smile, but the moment didn’t last long.

Pixal glanced down at the snow, a bit confused.

Pixal stepped back, studying the snow beneath her feet. “My sensors are picking up a large object several feet beneath the snow.”

Zane’s eyes too, darted down to the snow. “What do you think it is?”

“I’m not sure, but it’s large and it’s metal.” Pixal fell to her knees, beginning to dig.

Zane reactively dropped down to join her, both of them shoveling away snow in order to reach the mystery. “It might just be some scrap my father left out,” Zane suggested.

Pixal ignored him, borrowing through the snow. “Or maybe not.” She stopped, leaning back.

A single hand peaked up from beneath the ice - the fingers pale and frozen, a large and familiar symbol imprinted onto the palm.

Zane’s hand slowly reached out to examine it, as if to make sure he really wasn’t in a dream world. His spirits sunk as his fingers ran across the indented skin.

This is hella long btw-

More ideas destined to never make it outside of my mind. I ran upstairs whilst cooking today to write something down. Later though, I didn’t have the motivation to construct all the bits and pieces I scattered across the page.

Something about something or other. Or something.

#So much for making regular writing or ideas posts on here, #another day, #another bleh, #pt1, #potentially, #hmmm, #there may, #be, #a follow up to this post
0 notes · See All
magical-happeningsPhoto 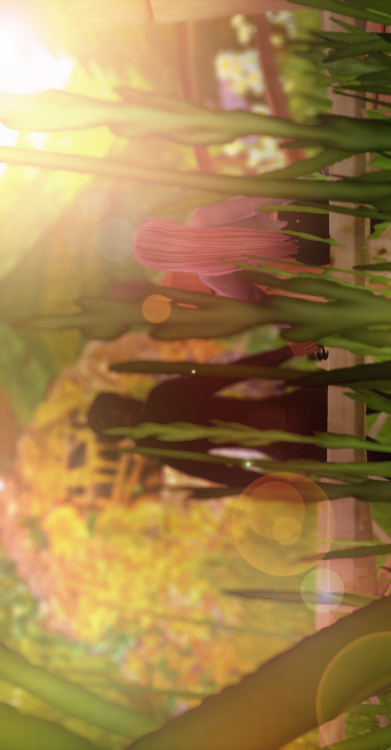 This set contains 3 minimalist DOHTML templates with dark and light versions that are easy to change. The default color can be changed with a single variable in the CSS. The code can be customized to match the colors of the member groups you have and goes well with any skin.

Upon purchase, I would share the Zip file which would contain the CSS file which should be pasted into the Style sheet, and files which contain the individual Dohtml template code.

The templates use Dosis, Poppins, and Montserrat google fonts. They can be changed to your site’s default font.

If you want to purchase this set, then contact me on discord : sylvia#4741 and I will send over the link to live preview as well as my Paypal account details. 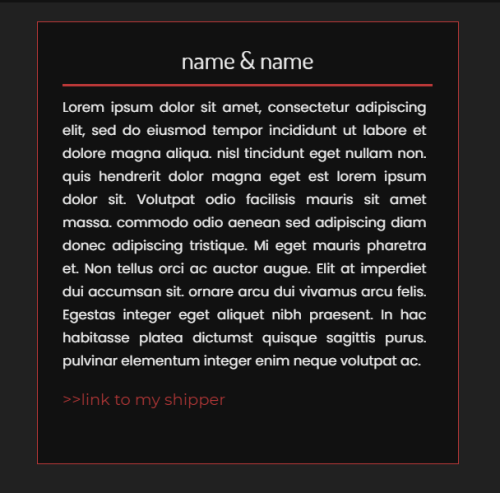 *Jake, Nick, Reaper, and Hannah were at the kitchen, the kitchen is huge with a big fridge and a big Table*

Jake:Ok then so I’ll be cleaning up my room, like updating everything, update my Bed, my Brand new TV and Everything else!

Reaper:Wait a minute you have a TV?

Jake:It’s pretty big and it fits my room perfectly!

Hannah:N-Nice! When can we get one?

Jake:You can always get one IF you have enough space that is

Nick:Well I’m going to be making a list of food for the Thanksgiving Dinner!

Reaper: Cool but do you know How much Food we need for this palace?

Reaper:Correct! How did the Fuxk are you going to bring Quadrillion Food here?

Nick:Teleportation and All around the world Remember?

Jake:So who’s going to visit this Thanksgiving Dinner in our Palace?

Nick:Yeah about almost a whole lot of people

Reaper:Sh^t that must be a lot of those people

Jake:Well aleast Families will visit here you know? Hmmm?*Jake Spots a Weird Cat with black fur and Golden Eyes* What the….?

Reaper:What? What is it? What’re you looking at?*As Reaper turns around the he saw nothing* Jake there’s nothing….Are you day dreaming?

Jake:Huh? What?*Jake looks at Reaper then looks back to the Cat but the cat disappeared* hmmm Ye-Yeah I was sorry I was trying to think heh!

Reaper:It looks delish! Jake are you gonna eat some?

Jake:Hmmmmm who was that Cat…

Jake:Yeah When I was little I always Sit down in the beach Just Looking at the Sunset…And you?

Oliver:Well I liked the Moon how it Shines onto the water…What a great View Well Have nice Sleep

Jake:Hey you too Good night

*Jake Saw the Cat again* Jake:Who are you! What the hell do you want!

Jake:Huh? I do not speak Cat!

Layla:Oh my bad are you looking at the Sunset?

Jake:Yeah Go to sleep I’m going to watch the Sun go down

*As the Sunsets down Jake Teleports to his Room with a big TV and a Video Game console and a new bed with a Fluffy blanket and his Plushie that looks like his Lover* Jake:Mmmmmmm…~*As Jake sleeps and the cat sitting on top of the bookshelf and smiling as it was spying on Jake*

*Jake looks on top of the Bookshelf*

*The Cat was still Fast a sleep!*

To Be Continued! To the next Part! 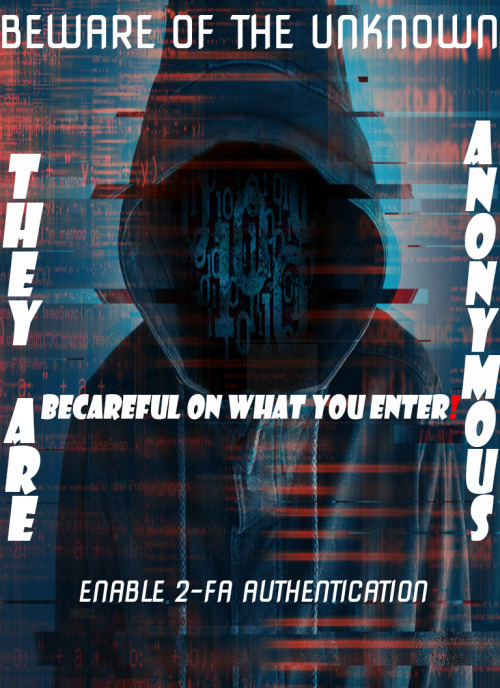 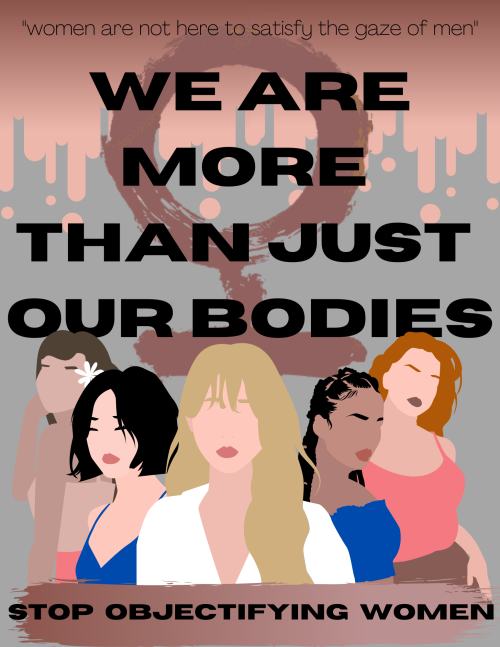 Being a bullied victim is never been okay. Imagine waking up in the morning knowing you will be facing one of your worst fears. For people who are bullied every day, they are waking up knowing they are going to be encountering their bullies. They wonder, what will this person do or say to me today that will make me feel awful? Fear is not a fun feeling to have. When we are afraid, we feel threatened, we feel unsafe. The strongest of us are able to face or overcome our fears, but it is not always possible or easy.

Cyberbullying through electronic means, is one of the many problems brought about by advancements in technology. It can happen to anyone, anywhere, and at any time. This may involve exposing embarrassing content about someone or sending messages with the intention of hurting the receiver emotionally or mentally. In some instances, youth suicide has been linked to cyberbullying.

Cyberbullying or bullying using information and communications technology is an issue that youth are encountering. Some of the people who are cyberbullied experience several psychosocial effects that detract from their ability to be successful in life.

>Everyone should be aware of the various forms of cyberbullying which include Harassment, Cyberstalking, Impersonation, Flaming, Denigration and Doxxing.

We should stop doing cyberbullying because it is up to everyone to use their human decency and remember that the person on the other side is an actual person with actual feeling and what you “say” can cause actual damage.

Cyberbullying; or better known as cyber harassment, is an action wherein one person is using the means of the social media platform to spread the hurtful words, actions and posts to its victim. It could be anybody: your classmate, teacher, friend, or even you. Everybody is susceptible to be involved in a potential case of cyberbullying. Either you are the bullied, or you can be the bully. No one is safe from this world of technology and advancement. There already exist different laws and movements today that all have the same goal: to end cyberbullying and punish the responsible in doing these crimes.

In every case of bullying, it doesn’t matter if it’s verbal, physical, or emotional, there are always two kinds of people when faced as a witness in this situation: someone who has the courage to stop the bullying and a bystander.

Out of those two people, which one are you? Are you that someone who has the ability to stop the impending bullying? Or are you that someone who can’t have the courage in their hearts and watch as one of their schoolmates or neighbors get bullied? Perhaps you spread the information about the rampant cases of bullying but can’t even bat an eye on the victim?

If you are the person being depicted on the second and third questions stated, then that means that you are against the act of bullying but you simply do not know what to do, but there is still a way in order for you to stop being a bystander and do big changes for your community, neighbor, and yourself.

Cyberbullying, along with the other kinds of bullying, yields into the same results: lowered self-esteem, anxiety, depression, and the worst of all, suicide. Being a bystander, it is not easy to contact or comfort the victims because their initial response would be to decline an offer of comfort and easiness because they want to be left alone. Being a friend of the victim and someone who is being held dear by them, the first thing to do is to let them know that you are there for them if they ever need some help. Over time, and the victim will slowly open up to you on what’s happening to him/her and that’s where you can come in and help them restore their former selves. The first is to comfort the victim and make them forget temporarily the malicious comments made to them in the internet. Always check on them and constantly remind them that if they panic and show any signs of overreaction, they are falling for the bully’s little mind games. Second, if the both of you want to stand up against the bully, breathe deeply and respond with intellect and calm tone when the bully commented on the victim’s posts. Lastly, if the act of bullying still persists, save screenshots of the hurtful comments and malicious messages and send them to the authorities for legal actions so that it can finally be stopped. The victim, after experiencing, bullying, will never be the same. He/she can have anxieties and depression from the comments and messages but as a friend, your role is to guide them and do not allow them to do unnecessary things that means harm to their well-being. 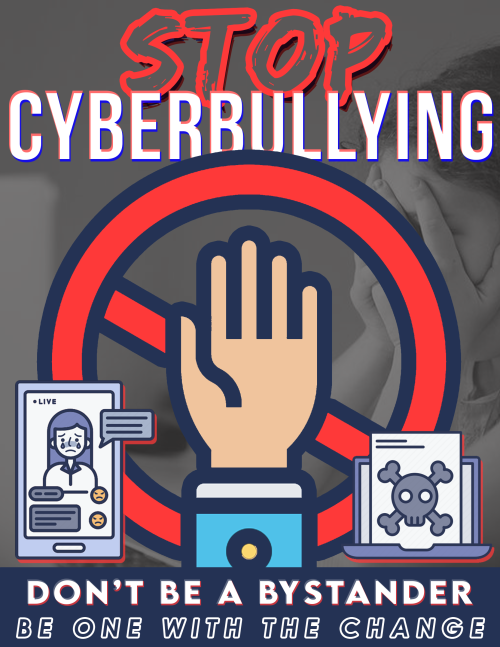 #asks, #there’s a website that tells u which eps are filler, #I’m gonna watch the Shippuden fillers but I skipped the ones in pt1 just so I could get to Shippuden lol
4 notes · See All
nctnewsText

#gosh im still reeling, #from the fact that im going to the show?????, #i never in my wildest dreams thought that my first concert would be Louis, #and i get to go with some of my favourite humans ever :''), #this is quite literally the best thing that's ever happened to me, #im not bullshitting like., #I've never been this happy, #in my entire life, #aaand I'm crying again :'), #gosh i can't wait for this, #my first concert :'), #my first concert : pt1
5 notes · See All
Next Page