I adorn myself with many a trinket

From the scars that mar my skin

Do you think I’m beautiful? 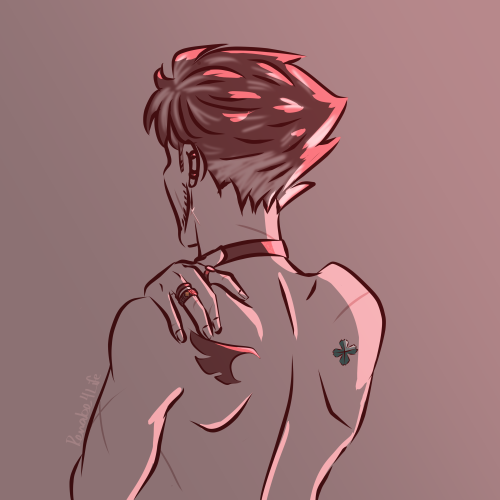 Just took in some Cloqwork content so now it’s time for the Cloqwork kids!!!!

Qrow: Pretending to throw the stick then hiding it because the dog loves being reminded how dumb he is.

#rwby, #cartoons, #rooster teeth, #funny, #shitpost, #qrow branwen, #once he pretended to throw a stick and tai shoved zwei out the way to look for it, #source: twitter user IamJackBoot
2 notes · See All
chronicallydepressedbudgerigarText

Judge: Are you positive you can’t work through these petty differences?

Qrow: Your Honor, he sings “lovin’, touchin’, squeezin’ each other” every time he’s in the produce section 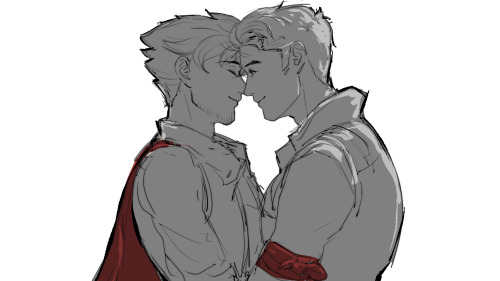 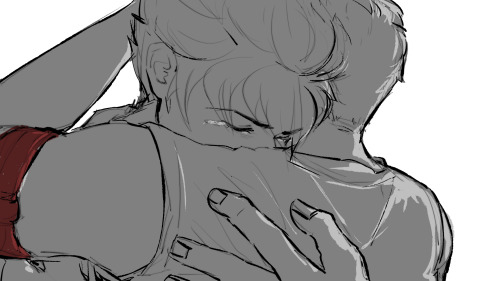 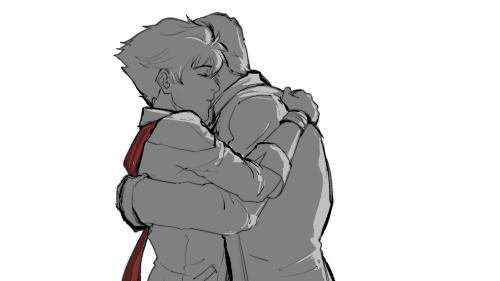 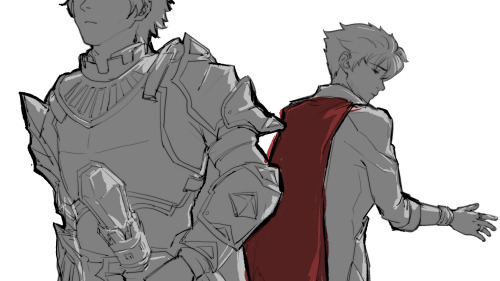 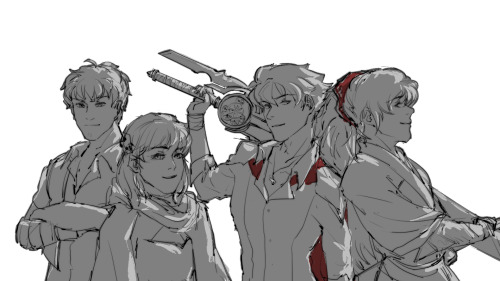 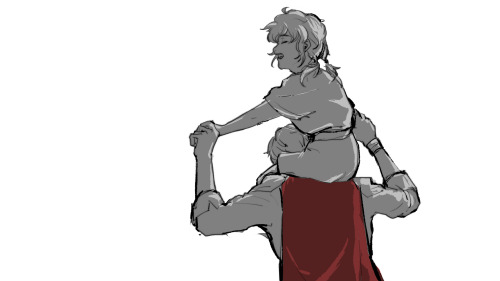 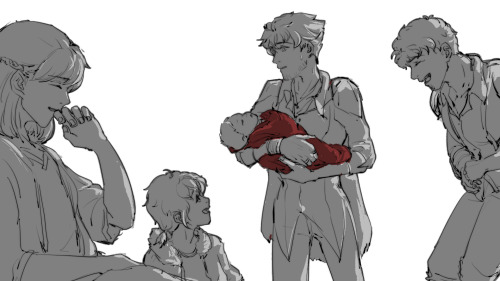 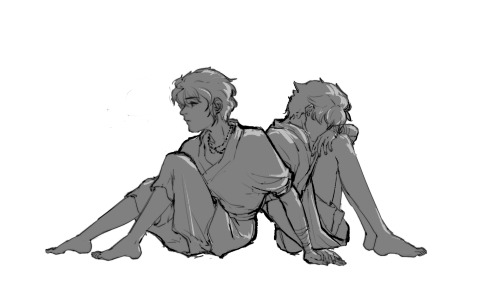 It’s a project that takes me one and a half month to finish. ( and that’s why i didn’t post frequently these days ) One day I hear this song from radio by chance, immediately, I decided I want to do it.

I always want to make a video like this, and the beginning of drawing is pretty fun, but it’s end up being kinda painful to accomplish. There’s too much scenes that I wanted to add in it, but neither was there enough blank for them nor had I got enough ability to draw them out. Too much angst in it and too much times to hear the song.

Anyway, guess it’s just my screwy way to show my love to my fav birb.

I repainted this screenshot from the new rwby trailer, suppose this is my contribution for qrowtober 😌✌️

So I’m sure someone has come up with this, but we all know (or at least assume) that summer went on a mission to destroy Salem.

This is easily theorized because Salem says to Ruby “Your mother said those same words to me.”

However, I like to think this wasn’t a solo mission.

Because this mission likely wasn’t a solo one and was done without the maidens, it left everyone far more vulnerable to attack (unless Summer was a maiden, which would make sense since we don’t know who the summer maiden is, which could a number of people, which I’ll leave for the next post ;] )

Now summer likely would able to protect herself, and this is where that caveat starts to appear.

I believe the idea that Summer was close to finishing off Salem with her eyes, but something happened to make it not happen.

I think we know someone who could cause the plan to go awry.

The birb man himself, Qrow.

Now, this may seem wild, but I do have some evidence to support the caveat.

Qrow obviously has bad luck as a semblance, which can wreak havoc across others and himself.

Qrow is a heavy drinker till volume 6.

Qrow likely thinks that his bad luck got Summer killed, so he isolates and hides from people.

He probably only stopped drinking because team RWBYJNR got strong and others could solve the problem and he could hope Salem could be stopped as revenge for Summer.

Clover also highly changed his attitude towards drinking, especially when he thought Clover said he should stop drinking in the transport.

Especially since he thinks his semblance killed Clover, he’s probably going to be suffering horribly because he has no coping mechanism other than the charm he took.

Overall, poor bird man, he suffers too much and he needs Clover back.

I’m predicting volume 8 is going to be the downfall of everything they had worked towards, but by the end the crew will get Qrow out and leave for Vacuo. I also think the ace ops will either come with the crew (or at least Marrow and maybe Clover.

Tell me what you think guys so we can theorize together further into this!!!!

Qrow: Got nothing to do until the kids rescue us, so how about a movie night? Our options are a bootleg of a Spruce Willow movie, or surveillance footage of you fighting Ironwood’s thugs using perfect grammar.

Robyn: Is it so wrong to say, “May you please stop attempting to kill us?”

RWBY Playing “Among Us” Pt.2

-referenced from the show “Parks and Recreation”.-

Nora: “Huh, that’s weird. How’d you even know she was broken?”

Blake: “Because she’s sitting right in front of us and she’s broken!”

Jaune: “If- If it matters, probably not, but… Weiss was the last one around her.”

Jaune: “Oh really? Then what were you two doing by the coffee cart earlier?”

Weiss: “Becuase I use the wooden stirrers to push back my cuticles; everyone knows that Jaune!”

Ruby: “Okay, okay! Let’s not fight. I broke Penny, I’ll be the one to pay for her repairs.”

Blake: “…. Qrow… Yang has been awfully quiet this whole ti-”

((Everyone starts arguing amongst themselves in a cluster of a mess))

Qrow: *is now far away from the group looking at the camera* “I broke her… I gave her a little fist-bump and she fell apart due to my Semblance…. I predict 10 minutes from now they’ll be at each others’ throats, with war paint on their faces and a pig’s head on a stick….” *looks back at the group and chuckles* “Good. It was getting a little chummy around here…”

Yikes, It just occurred to me that Robyn woke up from a plane crash with a possible concussion, only to find herself surrounded by Atlesian cops soldiers. Like this is moments after Clover told her: “Only Qrow is under arrest” and “Don’t make me arrest you too”. While she did take offensive actions with Clover on the plane, there still was no order of arrest sent out for her. Let’s be honest though she probably wasn’t sursprised (Neither was I).

Qrow: If answering your kid’s phone call with a “it’s Britney, bitch” is wrong, then I don’t wanna be right.

i’m having waaay too much fun during this hiatus

#ye im making fun of all six of them im aware people like james and that people still hurting from ep 12 but yo make fun of things that hurt, #fair game, #kawoshin, #clover ebi, #qrow branwen, #Kaworu Nagisa, #Shinji Ikari, #ayoo new content will arrive soon for both of these fandoms
7 notes · See All
victorious1956Link
Reassurance - Victorious56 - RWBY [Archive of Our Own]https://archiveofourown.org/works/27225064

Summary: Qrow always anticipates the worst outcome in any situation. Clover tries to reassure him, that isn’t always how things turn out.

A birthday gift for afoolforatook because they deserve it for the awesome words and pics they create.

A birthday fic for @afoolforatook! It’s a big day for Clover–so to clear his mind, he takes his cello on a hike. As he plays, he reflects on an early karaoke date he’d had with Qrow.

Qrow: Can you stop making jokes for one minute?

Yang: The other option is cry and face my feelings so no.

Qrow: The older I get, the less I understand anyone. I want to go back to when I was 18 and knew everything.

Qrow: It would have been pretty cool honestly. I would have liked to see more background for my character and the other members of team STRQ.

Roman: Same here. I mean come on, how cool would a book about my character be? I’d rad the hell out of that!

Summer: But we’re also very happy that team CFVY got their own book! Along with more of team SSSN!