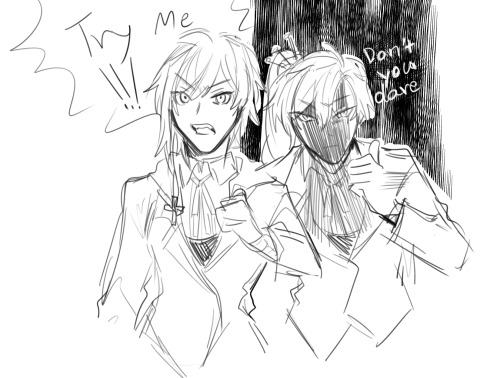 :DD!!! It’s themm!! I had so SO much fun doing this, like… way too much. Went for a more ~dramatic~ piece for today’s prompt, b/c I need more practice in that area.. We stan these three!! 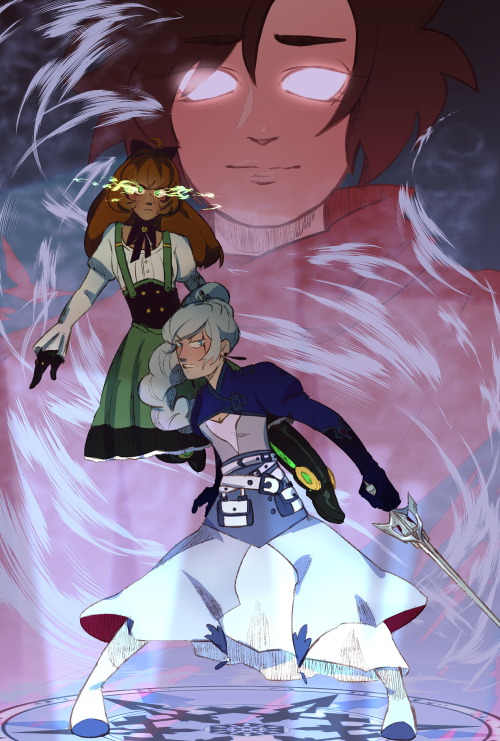 oscar for a vague daydream i had lol 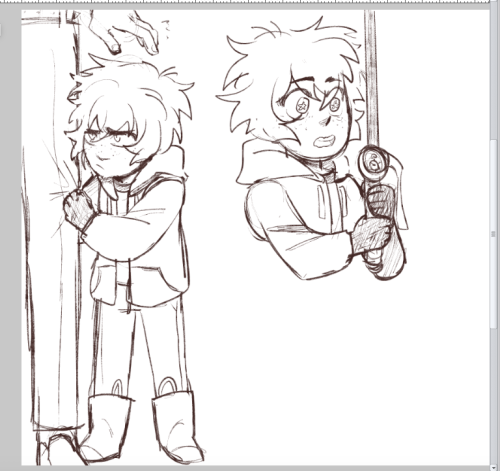 *AU where, on your wrist, is written the name of the song you hear when you first see your soulmate - except Ruby is deaf and Weiss has headphones on, so Penny is the only one who heard the song when seeing them.

I did this last minute while my tablet was about to die, so I’m surprised I was able to finish this (even if it is really simple). Also the song that Penny is hearing is “Your Hand In Mine” by Explosions in the Sky. I think it’s pretty enough. 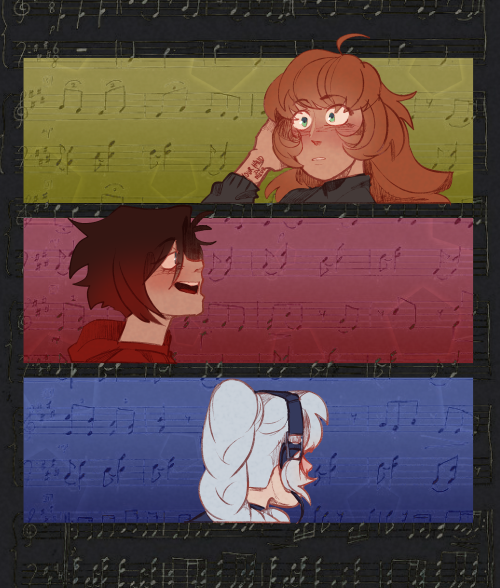 Yang: …Are you guys awake?

Blake: Yes, I don’t think I’ll be able to sleep.

Yang: Yeah It’s crazy how everything happened so fast. We’re re huntresses now and have missions that take my breath away…but I’m not tired. The excitement of knowing how my next mission will be tomorrow, doesn’t let me sleep.

Blake: I wouldn’t agree more. Even we’re improving thanks to the Ace ops and your sister is training you also right Weiss?

Weiss: Yes, even if she doesn’t express it I know that she is impressed at my improvements! I missed her so much!… Ruby are you listening to us?

Ruby: *muttering* who would sleep with the noise you make

Weiss: Hey! I heard that!

Yang: *chuckles* What about you Ruby? I heard you had a mission, how was it? I guess It was exciting

Ruby: Yeah… also I saw something I didn’t realise before… but it’s complicated idk if you-

Blake: -Don’t worry we had all night

Ruby: *sighs* I warned you (gets out of her bed)

You’ve known him before Beacon’s fall

You’re used to thinking about him in a certain way

From the persona that he displayed

And then something changes …and he changes…

WBY looking to each other confused

Is he worth it?

Blake: Is she talking about …you know…him?

Weiss: Of course not!

Yang: I even don’t know …we should let her finish.

Ruby: Say there’s this person that you thought that you knew that well

Nora: (listening from the other room) *groaning* she’s going to get a punch!

Ruby: You though that he was a dork but now you can tell he’s gone~

Is he worth it?

I’ve been always be kind to the people around me~

Except when I hang out with him

There are so many changes that I’m going through

And why I’m telling this to you?…

Guess there’s a part of me that wants to *smile*

I guess a part of me wants to, who knew

I guess a part of me likes to talk to him

I guess a part of me likes to who knew~

I guess a part of me likes to sit with him

I guess a part of me likes to who knew~

Ruby: (lowering her voice and heading to her bed)

WBY: The guy that you’d kinda be into…

RWBY: The guy that I’d(you’d) kinda be into

Ruby: Ren?! (Ren tried to stop Nora but he couldn’t)

Ruby: What are you talking about? The usual, I arrived from a mission and then I went to sleep.

Ruby: *groans* Yesterday’s mission was exhausting! so if you don’t mind I want to sleep more! (turns her back)

Blake: *whispering* Yang I don’t think it’s a good idea to remind her what happened.

Yang: *whispering* but I want to know who is him…

Yang: Maybe but I just want to make sure.

Blake: Let’s leave her alone maybe she needs to sleep more after the hit she received.

(heading to the door)

Weiss: who would have believed these two dorks would end up together.

Yang: *grins* I remember you denied when Blake was referring to him.

the only colour i see is… 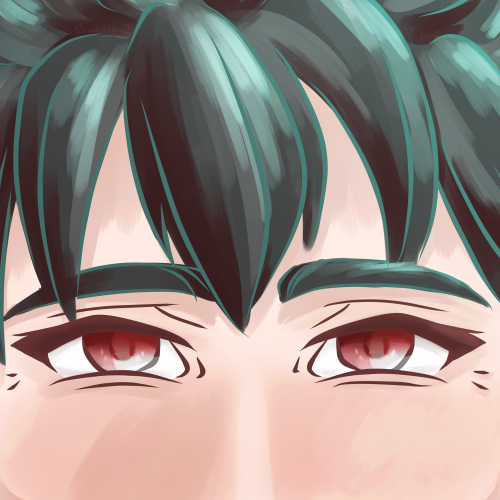 I give you the last of chills spooky fanart for Monochrome Monday’s. With the theme suggested by @pabustenyuku (after we all of the themes tied for first) Trick Or Treat!

Again thanks to the lovey Chill for making this weeks monochrome Monday! I should be able to resume next week with doing the art. And the themes should be out tomorrow or Wednesday. And hopefully I’m going to finally going to make a official post with all the rules and such for Monochrome Mondays (in case you to want to join)

Stay safe, WEAR A MASK, and have a great day/night 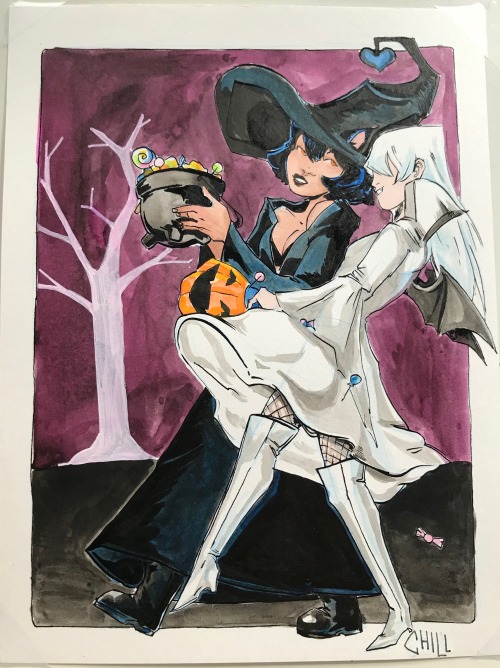 Keep your back straight and your foot forward. 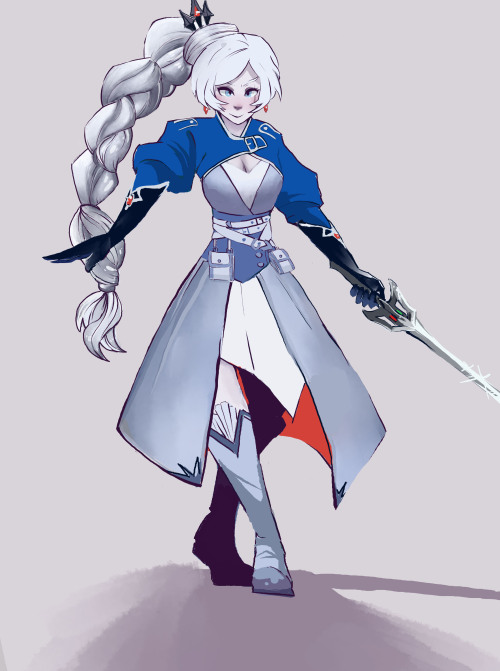 Where’s your halloween costume, Ruby? You didn’t dress up as a-anything scary a… at all… ha h-ha;; 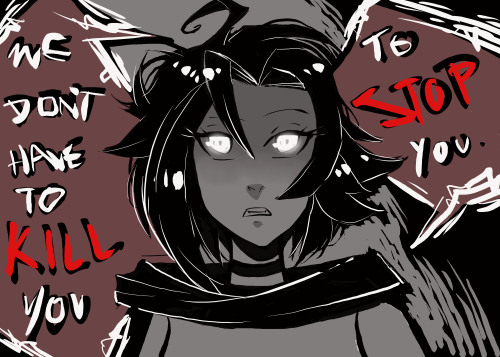 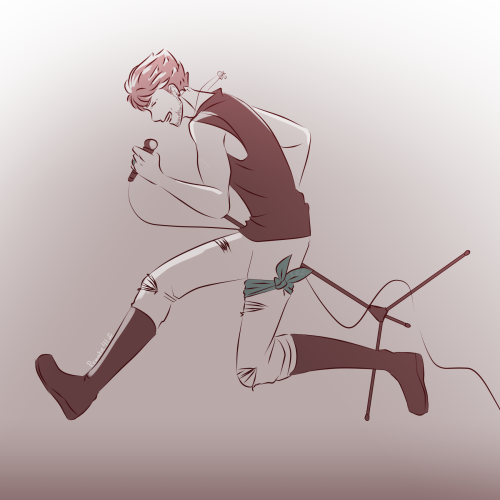 #qrowtober2020, #qrow branwen, #rwby, #rwby fanart, #renabe, #i mean it's kinda also fg because ya know, #i can't help myself with the colours, #so what the heck, #fair game
67 notes · See All
yuli-the-biText

maybe it’ll be okay to trust in love

hello hi i believe in winter having two hands

then again, i call it birds flown north heehoo ( im gonna make another version of this aswell ) 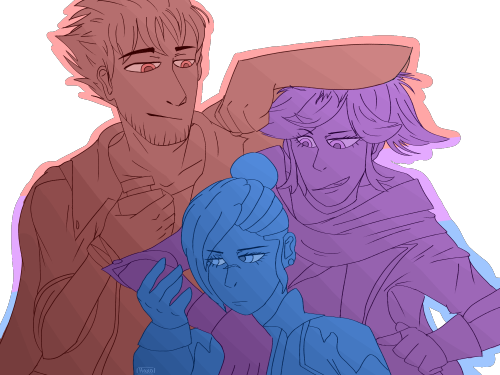 #rwby, #rwby fanart, #winter schnee, #qrow branwen, #robyn hill, #can they just like all hug or something i want to see it, #can we see comfort in vol 8 plea s, #birds flown north
20 notes · See All
bloodraven55Text 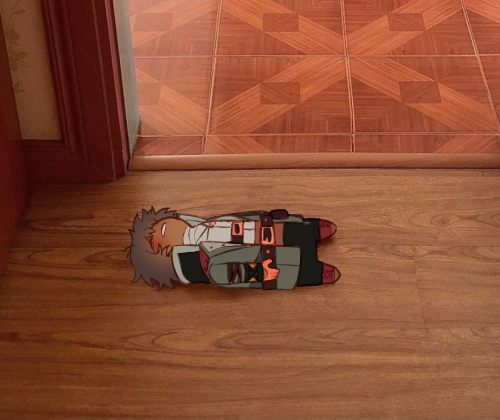 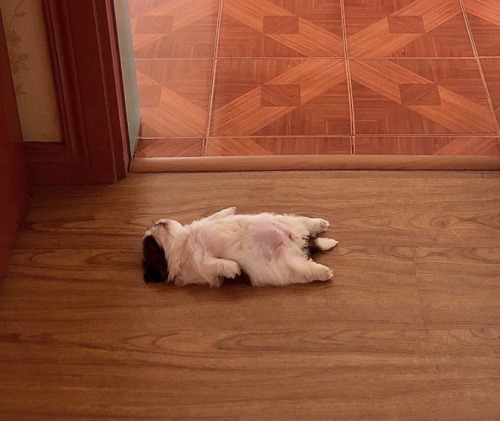 I forgot who came up with this idea but if anyone knows who it is, tag them and show this to them please. 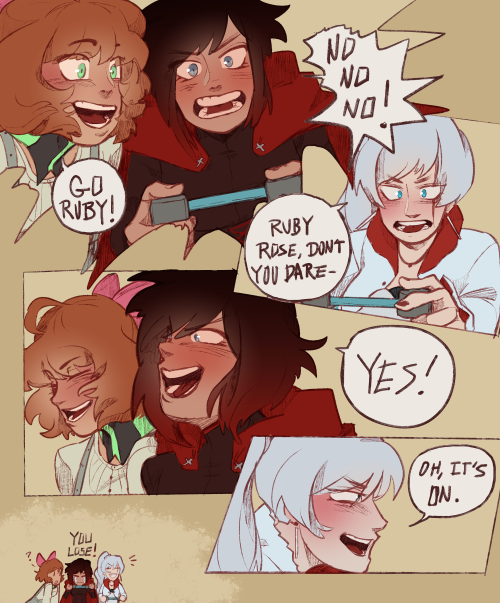 Whiterose for a change <3 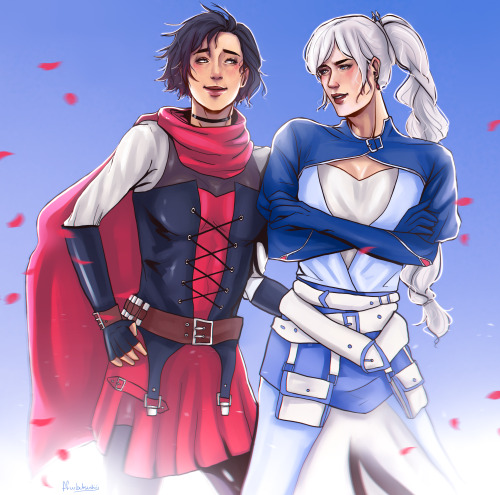 hello, sorry for being a rwby fan on main 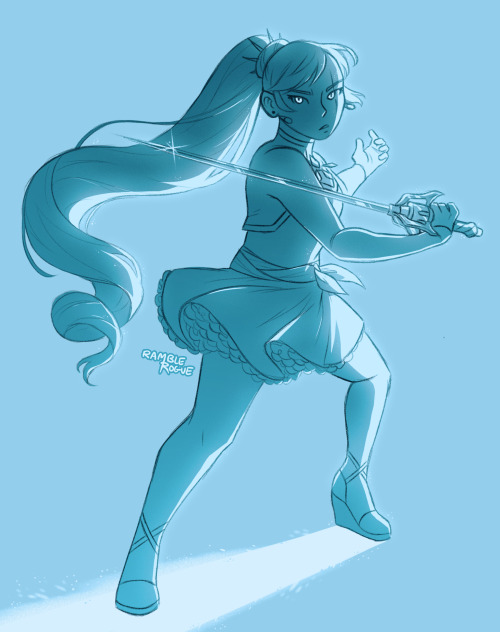 #rwby, #weiss schnee, #rwby fanart, #rwby weiss, #fanart, #ramblerogue, #i've cycled through the 5 stages of being a rwby fan and im right back to just loving it despite how shitty it is ghkdsghslgskglsg, #im genuinely hype for vol 8, #also i know this isn't weiss' most recent outfit but it is my fav so :)
241 notes · See All
egalgibtsnichText
#rwby, #rwby fanart, #ruby rose, #crescent rose, #rwby ruby
1 notes · See All
Next Page