I have the power of Qrow and a necessary sacrifice on my side!

a Fire-y villain in a red dress

#they’re just so much linking them together I feel like they have to become at least friends at some point, #jaune arc, #neo politan, #rwby, #silent knight, #submission
7 notes · See All
xiaobelleText

Posting this separately because yeah

BTW, just to like… say this so everyone who wasn’t at the stream can see it NOW and not have to wait for the VOD of Stay Zen to go up:

Yes, May Marigold is Maid Marian.

RT releases their content on FIRST on the premiere date. However there is a sooner date than the week after premiere. They usually also drop their content on Tuesdays for people who have a free account.

I do suggest getting a free account and waiting on Tuesday to arrive instead of pirating since AT&T is screwing the shit out of RT. The show is still technically made by an indie team and they release RWBY for free for all of us to enjoy. So if you can, please watch on their site so they can get the revenue. That’s quite literally one of their only forms of payment for making the show.

Listen, listen. If you aren’t like me, and you Don’t watch the entirety of rwby a minimum of 4 times a year, then maybe you shouldn’t pirate new seasons. But otherwise? I said what I said ^^^

#my posts, #rwby, #rwby v8, #look i get it. piracy is bad or whatever. im not going to be a week behind on every new episode <3
3 notes · See All
faultyparagonfictionLink
Touch the Sky - FaultyParagon - RWBY [Archive of Our Own]https://archiveofourown.org/works/20742182

Mercury Black wasn’t made in a day. Without a Semblance, his legs, or anyone by his side, the world taught him far too quickly that power was all it took to succeed- and Mercury would need all the power he could get. He’d reach the sky eventually.

-An examination of Mercury’s life in canon, from childhood until V6 and beyond, explored through 100 drabbles using the 100 Prompts Challenge.

I think out of all the things that the RWBY Fandom has just missed that the show was trying to say, the way RWBY deals with morality and making it more like it is in the real world is the thing that bugs me the most. Like the show tries so hard to prove that people don’t just fall into boxes it ‘Good’ and ‘Bad’, and that no one says at a one certain moral point their entire live. People can ahd do change, for better or worse. Also, mortality is all a matter of perspective. There are no set rules for what good and bad and everyone, everyone will see it differently. DnD deals with nicely with its Alignment system, having Good mean doing things for others sake and Bad for only your own. Overly Sarcastic Productions video on Anti-Heroes also explains this idea about morality very well.

RWBY is one of those stories that shows morality as it is, as least that I have seen. Morality is fluid, and weird, and complex, and different for everyone. People’s moral codes and how they act can change. People aren’t just good and bad, you can rarely ever but then in those boxes. And best of all RWBY shows that it’s characters think in this way (that you can) and shows that it can have consequences and can make you seem like a hypocrite at times. Trying to fit people into that (wrong) world view is not going to work out well for you 90% of the time. People make mistakes, people have mindsets that are different, sometimes in a way that hurts other but sometimes not, and paragons and Disney evil don’t come up in the real world. There aren’t going to be any infallible mentors here.

And yet, with all of this the fandom still tries to fit characters into easy little boxes of Good and Bad (or worse Morality Gray which you would think would be a broader category that it is), and doesn’t realize that people will make mistakes, or be less then perfect, and that in some cases opposite view can both be valid while being opposite and co-exist.

It just gets on my nerves at times.

#okay but can we talk about the bullshit that is fandoms (no just RWBY’s this is a larger problem) concept of Morality Gray?, #because it feels like that is something that should be very open and many characters would fall in it. you know someone that’s not perfectly, #good or bad or you know most people. but no it’s strangely specific and means in between good abs bad but heading towards good and is rarly, #going to be in any form of antagonistic light, #RWBY, #yes im a bit salty deal with it, #I probably missed a point somewhere in there but honestly I don’t care at this point, #I just wanted this off my chest, #honestly I feel like that’s so much that the RWBY fandom keeps missing like the show ya know ENITRE WRITING STYLE, #but this annoys me more because of the god damn wars that come out of it
4 notes · See All
darksaiyangokuText

Hey guys, so I have some bad news.

Today… my laptop decided to crash. I’ve tried everything to fix it myself but nothing has worked, so I’m taking it to the shop tomorrow.

Because I have no idea how long it’s gonna take, I’m gonna have to put Versus XV on an indefinite hiatus. I know, it sucks. Even more so since there was some actual progress being made but I can’t work on it in any other way. I don’t have a desktop and phone is more trouble than it’s worth.

Glynda: We are here to learn how to treat each other with respect and dignity

Glynda: SO SHUT UP AND LISTEN! 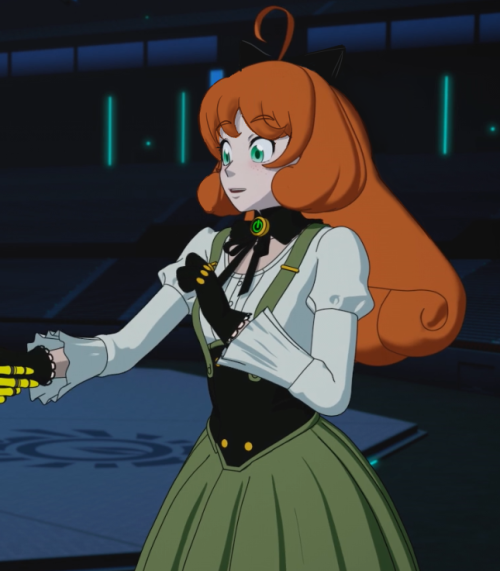 Ngl I hated how Vol. 7 Ep. 12 went down but the poeticism of having the character with literal luck on his side die was fucking brilliant. Because his luck had quite literally run out with his aura breaking. Because here you have Qrow, who is basically the epitome of Murphy’s Law of everything that can go wrong will go wrong with an added side of it will be the worst case scenario, and the worst thing to happen in that moment is not himself dying, but him watching someone close to him die because of not only his power but his own error of leaving his weapon unattended.

Join us from December 27th 2020 until January 2nd 2021 in creating content centered around the greatest team to ever graduate Beacon Academy- Team STRQ!

Reblog (& tag) to help us spread the news!

Something a little spooky 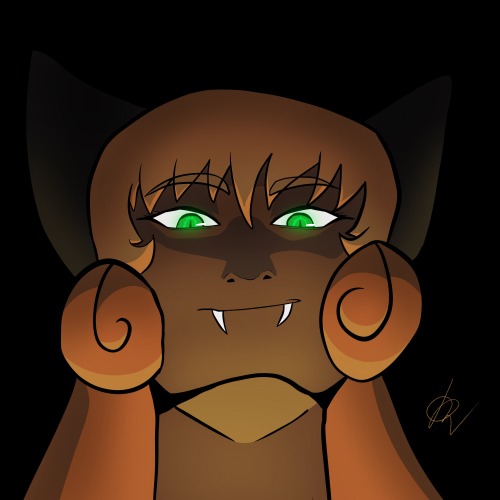 I just realized I never posted about the rest of our next generation OCs! We are most excited about the next family on the list so, while I’m thinking about it, I present to you…

- In case anyone was wondering, the yellow suit Yang wore to Weiss and Ruby’s rehearsal dinner becomes her wedding suit

- That is honestly the only detail of their wedding we have planned, we will come back to that some other time

- Unlike Ruby and Weiss, we actually have a real ✨backstory✨ planned for Blake and Yang’s children

- While looking into adoption, they heard about these two twins who were orphaned because they had one human parent and one Faunus parent. A violent attack by a group of terrorists racists left Blaine and Ebony without a family.

- Blake fell in love with the kids immediately. Yang saw the look in her eyes and knew that they had found their children

- Again, to reiterate, they grow up attached at the hip with Phoenix (Arkos child), Passio (White Rose child), and Loki (Renora child)

- Most of the kids unlock their semblances while training at Signal

- Ebony’s semblance is something my brother likes to call “perfect calm.” Essentially, it is the exact opposite of Yang’s semblance. If Ebony can attain a state of total peace and concentration then she gets a serious power boost and can move with unparalleled speed (like some Matrix shit)

- Blaine, on the other hand, has a passive semblance except, unlike his Great Uncle Qrow, his passive power is rather positive.

- Given the admittedly uncreative name of “morale boost,” when Blaine is around, every one around him gets some extra motivation and mental resolve.

- Blaine is the family’s emotional support dog and we love him to death. Yang absolutely calls him that on occasion just to annoy him but he secretly likes it.

- If you’re still unsure of how his power works, think the opposite of the Apathy. As a matter of fact, if they ever had an encounter with the Apathy, Blaine’s semblance would cancel out their negative effects 🙃

- The Xiao Long-Belladonna’s stay in Vale for their whole lives. Blake opens a small bookstore in the center of town and Yang opens a small martial arts school, teaching young future hunters and non-hunters alike.

- Occasionally, Yang will go on a short huntsman mission with Qrow and her little cousins

- When Blaine and Ebony grow up, family days of clearing out Grimm from areas in need becomes a regular activity

- Yang will take any excuse to get back into the field and fucking fight some monsters. She’s very excited to share that experience with her kids (when she’s confident they are ready to handle it)

That is all we have for now. We still have to do a little brain storming. But if you have any questions please don’t hesitate to shoot me an ask! 🤗

That’s for RT FIRST accounts, yeah. For everyone else, it goes up for free on the RT Site a week later.

If you can’t wait the week, FIRST Membership is only $6 a month, with a week’s free trial.