❤ Favorite Male: Bow. Boseph Beauregard Bolton. I love Bow, although I wish he’d gotten a better arc and more things to do than being “the nice friend”. But at the same time that’s what I love about him. He’s a good fighter, a good friend, and has a powerful heart. I love him.

❤ Favorite Female: I really struggle flipping between Glimmer and Adora for this. On one hand Glimmer got the best arc in the series, I love her tenacity and bravery and loyalty and power. She’s a great character with depth and so sparkly and cute at the same time.

But Adora is such a great protagonist and I miss her and mourn the ending she was given daily. She’s got a lot of flaws but is shown consistently striving to be better. She was cute learning to be a person outside the Horde and inspired everyone not by being She-Ra but by being herself. I think she’s also an inspiring character. Love her.

❤ Favorite Pairing: glimmadora, you all knew that though. But I love their give and take, how much they care about and support one another. Adora saying “I’m supposed to take care of you” and “I wanna be the hero she deserves”. GOD, WHAT? W H A T? HOW DO YOU NOT FALL IN LOVE WITH THEM? I’ll never understand the people who literally call it gross and shit. Ugh, they’re amazing, and I’ll always love them dearly non canon status or not. Goals.

❤ Least Favorite Character: Catra. But tbh I used to really like her. Bad writing and the fandom really ruined her for me. Which is a big bummer.

❤ who’s most like me: mmm Glimmer probably. Me and her ready to fight at all times. 👊

1.) Mermista always made me laugh and I love her blase attitude that hides her real feelings.

2.) Scorpia, adore her. I found her a little grating at first but god did she grow on me. Her good heart, her unconditional love, and her growth into standing up for herself to true abuse from someone she cared for dearly. That’s so hard. Scorpia taught an amazing lesson and was truly one of the bravest characters in the show.

3.) I only realized how much I loved Angella after she was gone. And how fitting yknow? Glimmer probably felt the same. But I honestly think Angella was such a great example of a mom in media. Everything she did came from a place of trauma and love for her family. She wasn’t JUST mom, she got to be a character. She struggled and failed but in the end proved that she was also brave and willing to do the right thing if it meant protecting the ones she loved. And I really appreciate how much Glimmer took after her in that regard. Miss her.

Thank you for the ask!!

I’ve been thinking about Scorpia and how I identify with her.So I’m a mixed kid.My mother is white and my dad is from Mexico but he is of Chinese descent.So I’m white,Mexican,and Chinese.Though I know it was not the writers intention but Scorpia feels very mixed coded in my opinion.Her struggle with being (quite literally)disconnected from her culture and feeling like she doesn’t belong with the Princesses reminds me of myself and how a struggle to relate to other people in my cultures.Also it’s hard to tell but I think she might literally be mixed.Having one Asian mom and one white mom.

Sea Hawk: My hair was catching some highlights and lets just say…some people were pretending to drown so i would rescue them,Anyway i could pull blonde

Mermista putting a poker face  : Okay ,we have a delicate but very  very promising situation here

Frosta: if we play out the next seconds right, Sea Hawk will go blonde

Perfuma: come on guys, this is just mea…whoa,i just pictured it ,how do we do it?

Netossa: Sea Hawk responds to one thing about else,a bunch of people beggin him not to do something

Mermista: i love you buddy but there is no way you could off pull blonde

Frosta: yeah, don’t even think about it

Netossa: It wouldn’t fit you

Perfuma: this is not the outcome we wanted from this!

“Lather that day after the dying”

Perfuma: guys …don’t you think that Sea Hawk´s hair is starting to look kind of good?

Mermista: thanks, i think i was the only one

(some available as merch on my Redbubble) 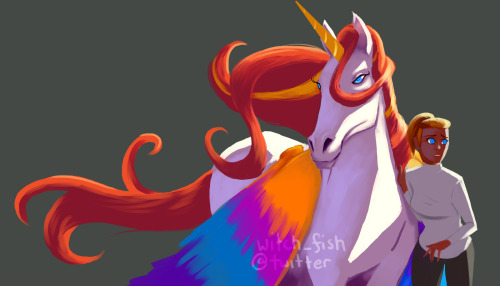 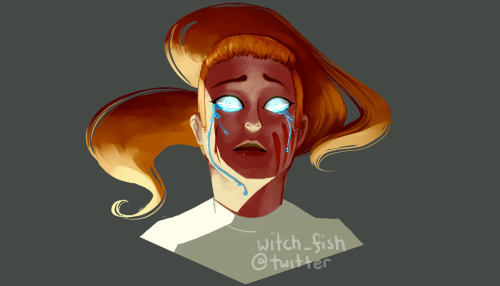 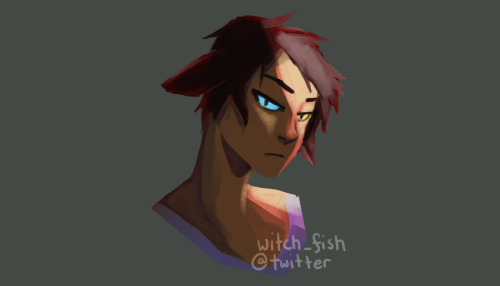 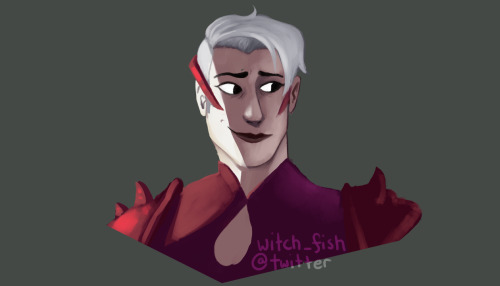 #spop#She-Ra#shera#she-ra and the princesses of power#adora#spop catra#scorpia#catra#that is my twitter handle! plz follow it most of my followers are bots;;
96 notes
waterfire1848
Text

Glimmer: Ah! Why are you here?

Glimmer: Ah! Why are you here? 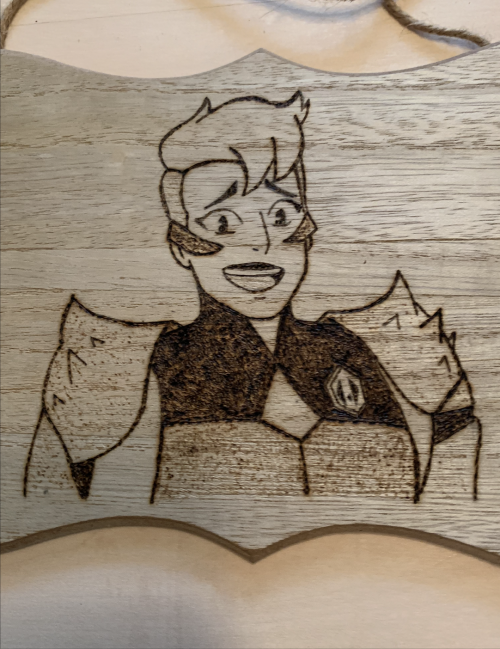 Greetings guys and gals and non - binary pals. Today I present you with:

The one who deals with friendship stuff

And the “punch out your feelings” kind of guy.

Scorpia let out a delighted chuckle, clicking her pincers together.

Huntara grunted as she picked up a large piece of shard broken off from one of Horde Prime’s ships and tossed it over to the pile of discarded space items that had been growing for a few days behind the bar, all collected before being sent to the incinerator. Defending the Crimson Waste had been a hard task. With every ten bots fought off, a hundred took their place. Prime’s clones never missed their regular checkups of the conquered sites. Despite the Horde’s infinite power, the criminals had been resistant to the terrorism and held back from submitting themselves to Prime’s cause, anger and resent instilling within themselves against the whiteclad mostly unconscious creatures at their offer of being controlled and losing their solidarity.

“Why are you here?” Huntara growled, dropping her arms to her sides. Her brows were furrowed by default and a drop of sweat oozed out of the crease as she squinted at the sudden exposure to the Waste’s brightness.

“Oh, right, I’m sorry,” Scorpia said, letting out a chortle. Huntara’s frown deepened but the princess didn’t seem to notice. “I mean, gosh, I’ve heard so much about you! Huntara, leader of the Crimson Waste, ex-Horde soldier. You know, I used to be with the Horde too. I left only a while ago. I understand what-”

“Why,” Huntara interrupted, inching closer to Scorpia, “are you here?”

“Oh, I did it again didn’t I?” Scorpia chuckled nervously. “I tend to babble when I’m nervous. Which I am, because,” she proceeded to gesture with her pincers, “you’re the Huntara of Crimson Waste. This land full of criminals get shaky knees at your sight. You can keep this place going with a snap of your fingers.” Scorpia attempted and failed to demonstrate the snap, her claws annoyingly gliding off one another as she brought them in contact. “Yeah, I can’t snap. I’m sorry, where was I?”

Huntara had walked off to pick up the other mechanical messes that surrounded the bar. Scorpia let her arms fall, then mustered courage and walked over to Huntara who currently held a broken robot gun-arm, examining it.

“I came here for the bounty thing,” Scorpia said, using her Force Captain voice. “Your criminals have been scouring Etheria looking for Adora… She ra. They won’t find her. They’re fruitlessly breaking and barging into homes and shops since we won’t let them near the Castle.”

“Can you blame them?” Huntara said, throwing the gun away, apparently concluding it was worthless. “This place was messed up when i returned.” She mindlessly walked around in the vicinity, picking up anything shiny and white and throwing it into the pile without any inspection of its worth. “Just a little nudge into their desperation and,” she tossed a ball of green metal in her hand and with immense force threw it towards the pile, causing its contents to slither down and make a bigger pool at the base, “they’re broken off and doing things on their own. All wrong things.”

She stepped back from the pile and looked at Scorpia. Her expression hardened as she recognized the look of sympathy on the princess’ face. “I’ll look after the bounty thing,” she said, dismissively.

“What was it like? When you left the Horde?” Scorpia asked, softening her tone, not meaning to pry.

Huntara sighed. Something about her made her realize she was a lot like herself, an ex-Horde soldier, recently defected to the side she’d spent years helping take down. Although, unlike Huntara who escaped to seclusion she now fought for all the people who once fought her.

“It was kind of scary at first,” she said, dusting her hands on her torn trousers. “I was afraid they’d find me and ship me off to Beast Island. But I found myself here, you know. I found my true purpose among these criminals. I brought order into this place.”

“I wish I could do more,” Scorpia said gravely. “I’m no good to anyone except in a fight, you know. I’m only the muscle.”

Huntara’s expression softened. She managed an encouraging smile and put a comforting hand on Scorpia’s shoulder. “Hey,” she said. Scorpia looked up, surprised at at intimacy. “They didn’t make you force captain for no reason. Be it for muscle, you are worthy and I’m sure the Rebellion is grateful to you.”

Scorpia took it in. Once she realized this was real and happening, she grinned. “Did we just bond?” she whispered, excitedly, pulling her pincers together. “I’m friends with the Huntara!”

This may come as a shock, but I am now a father. Here is the mandatory newborn photoshoot, so that all the other dads know I’m not to be messed with.

I’m watching She-ra and is it just me or are the villains really incompetent? I know it’s a cartoon but like it just feels like they pose zero threat to the heroes (idk is it just me? I am looking to much into a cartoon??) also I just started season 2 so obviously things could change

The fact that in season 5 they had to change like almost every episode the opening because everyone got chipped or changed sides, and it made me laugh every time for some reason because everything happened at the same time but they still took the time to change this. And so, I watched all the season 5’s openings and noticed some things I didn’t notice because I’m distracted all the time :

Also I love the differences in the last image of the opening :

The last image for the first episodes

Then we see this one and this one when we see Horde Prime and before we just saw Prime’s army of clones, and

Hot Take cause I saw a pretty lengthy post comparing Emerald and Catra.

Emerald is Scorpia, Cinder is Catra.

YES, SCORPIA, YOU ARE BRAVE, STRONG, AND LOYAL, BUT I WOULD LIKE YOU TO TEST ON ME IF YOU DO GIVE GREAT HUGS )))): 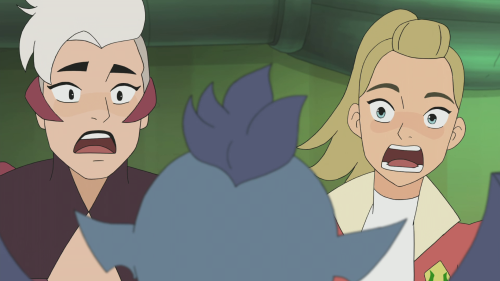 Scorpia and Seahawk 🥺🥺🥺🥺🥺🥺🥺 I will hang out with you both

Girls who have chitin>>>>