Catra makes amends for her crimes, Adora is finally honest with her feelings for Catra. 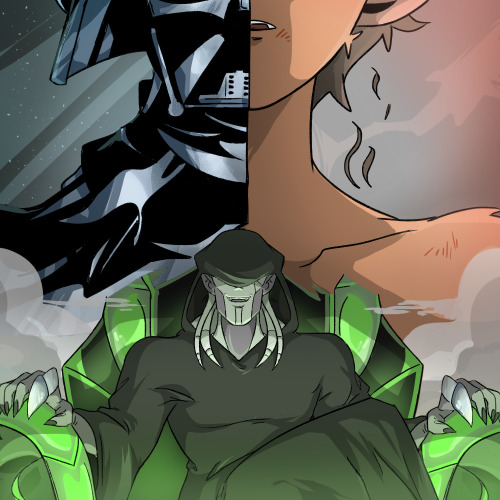 LISTEN….. I’M BACK FROM THE AIBRIY HIATUS. i will NOT be taking comments at this time its true sfbksdnfskd my bad… MY BAD LMFAOOOOO anyway this chapter is the first ever adora pov-ish chapter but it’s gay as fuck with backstory…. we love to see it. enjoy sexies

The only person I’d top for is Double Trouble. That Twink™️. I love them so much.

hello, i posted this on the wrong blog originally, but here we are. i’m new. my name is catra. i’m 18 and a fictive. my pronouns are she/they probably but there’s no need for you to be referring to me anyway. i like ashnikko, rico nasty, and doja cat. my favorite song is becky by be your own pet. i’m okay with talking about my source or to sourcemates but i haven’t seen all of the show yet. i’ll get there eventually.

Last week was ASAW so here are my late contributions!

the wind blows a little bit colder (frozen)
Whatever it is, I love you (she-ra)

Yo guys can you send me pics of she-ra characters telling us they’re lesbian in sign language? thanks. So far i’ve got Seahawk, Adora, Entrapta, and Castaspella.

I just finished She-ra and The Princesses of Power so here are my final thoughts on everything.

Adora/She-ra: I adored her as a main character, as a protagonist I just LOVED her. I related to her more than I should have as a GayAce trans man but I loved her story, I just..loved her as a whole I can’t even begin to describe it. She went through so much at the hands of the Horde, the side effects of her and Catra’s relationship before the She-ra awakening and needed to deal..with so much at once. It feels like a religious kid finally seeing the reality of what said religion has done (I mean one religion particular) and feeling like she needs to save everyone or her life is meaningless, the NEED to save everyone even others who seem beyond that point. She still could..but I feel like she shouldn’t have saved one person maybe for realness points more than anything else but this is a children’s show so I understand.

Glimmer: I don’t want to overboard this post with text and information so I’ll try and keep her short. I love Glimmer, I really do. I adored her growth through the series and with her relationships with other characters and the changes she had to make just..I loved her whole character, I just feel like she’s amazing. I can’t describe my feelings about her without ranting for like pages.

Bow: Yes. All I must say is yes. His growth, his character is BREAKING of toxic masculinity and rocking that crop top look as he should. I love Bow so much just UGH he’s great, I loved his tech, I loved his dad’s. His dad’s were so good! His relationship with Glimmer..It’s cute I guess? I guess I’m just not a huge fan personally but it is REALLY sweet and cute and I actually cried when they said 'I love you’. So yes. Bow is yes.

Catra: I want to be honest…I didn’t like her, she had MANY chances to win me over, I thought she did but she didn’t. Overall though I think her CHARACTER is amazing and great and she worked very well as a villain in my opinion but I feel like her..redemption? Was a bit fast and it just felt a bit unnatural to me. Though going with her truama with the Horde and her friendship with Adora. She feels like a religious kid who just chose to be blind or saw the horrible reality but didn’t care and she didn’t care who she hurt as long as she got her way. I don’t like Catra, that woman tried to END. THE. FUCKING. WORLD. Just because she was mad because she’s petty..I just don’t understand I can try to but I don’t. She feels so much like people who’ve hurt me, my family, she feels too much like people I hate and people I couldn’t save. I want to save, but I can’t. I feel like she should’ve died, she should’ve not been saved granted I think she absolutley deserved that but maybe a bit sooner? Her whole arc just felt a bit rushed. It’s a kid show I can let it slide for that because I bet kids who’ve had similar experiences to me..could relate to wanting to save her even if it looks hopeless. It’s a fantasy I can’t have so I thank her for showing me what I want but can’t have.

I liked it, it was a really fun show and I loved it, I probably won’t rewatch it anytime soon but I absolutely will in the future. It was such a great and fun ride all the way. The characters, their relationships it was so great. I’ll get deeper into Catra and Adora in the LGBTQ+ section.

Firstly, this show is FILLLLLLLED with rep but because it’s not..obvious like Catra and Adora I’ll need to sadly rate it not so high but HEY! We have a lesbian protagonist and Bow and Glimmer were both bisexual! Catra is also a lesbian!

Though..I don’t know how accurately I can rate lesbian rep as I am not a lesbian myself but I will try my best and give my opinions on Catra and Adora.

Lesbian rep 8/10. Beautiful kiss, amazing rep for other lesbian characters, and Adora and Catra are icons and I’m here for it.

Because I’m talking about them here are my opinions on Catradora. They should’ve stayed friends. I know, I know “But Saaaaaam they were so cute and good.” THEY ABSOLUTLEY WE’RE FREAKING CUTE AND GREAT! I like their relationship…but I don’t LIKE it. It was really good, I liked seeing them interact..mainly in season 5 I kinda hated every interaction they had..ever even Princess Prom. Their relationship just felt..toxic to me I guess, it felt wrong, it felt just not good for either of them. Catra in my opinion just feels too broken to start something THAT FAST with Adora and Adora seriously felt like she had to stop tying to save EVERYONE when it just felt so hopeless for both of them. Maybe it’s because my relationships will make me effect how I veiw media but I feel like Catradora would feel very toxic after a while, it would become something that just bad for both of them. I like their relationship if I only veiw it as “Oh they kiss, neat.” I liked it but it just feels..wrong to me for some reason just. I can’t describe it entirely, however I’d anyone reading this LOVES them then love them that it your right as it’s my right to not really like them.

In my opinion they should’ve stayed friends not become lovers. It would just..make more sense to me, so they have more time to work through their issues and THEN maybe start a relationship. That’s why I think Catra should’ve gotten her redemption a bit sooner than we did so they have time to do everything.

The only two trans characters I know as of now are Perfuma and Double Trouble.

Perfuma: Love her, absolutley do but her transness was apperntly only confirmed on..Twitter? Though that was because they couldn’t really have a time to bring it up in the show without it being strange so I respect that and I love her as a character. She was amazing.

Double Trouble: I LOVE THEM! However, they’re not human..can we stop making Non-binary characters non-human too? I like non-human characters but it always feels weird..because it’s almost like they need a reason to be non-binary as if they can’t just be human and just happen to be non-binary as well an they were a shape shifter that was used to deceive and trick people..granted I know they’re an antagonist until the end but it just kinda rubs me the wrong way but other than that. I adored that theater nerd. I loved them so much as a character I just felt like the show could do better.

All my fictional best friends! (so basically a the characters I wanna be friends with/comfort characters) (also quick note: Although i included a jk rowling character, i DO NOT support her actions)

I fear for the moment my sister decides she’s too old to keep watching kid’s shows and I lose my excuse to watch them all.

I love my girlfriends uwu 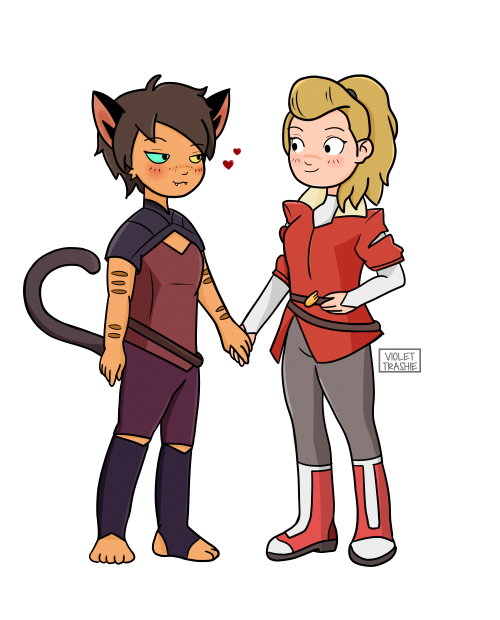 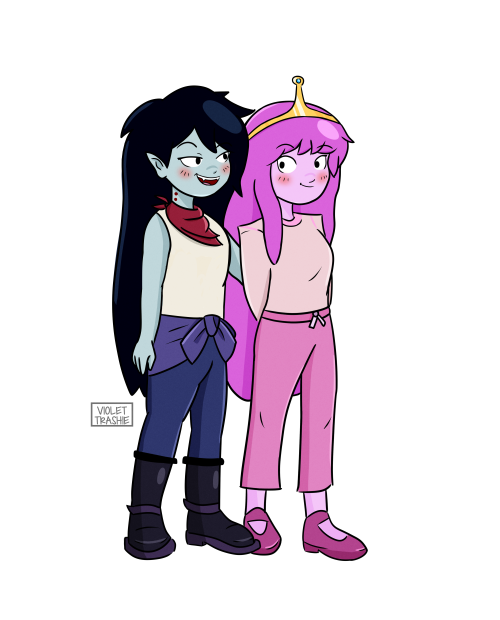 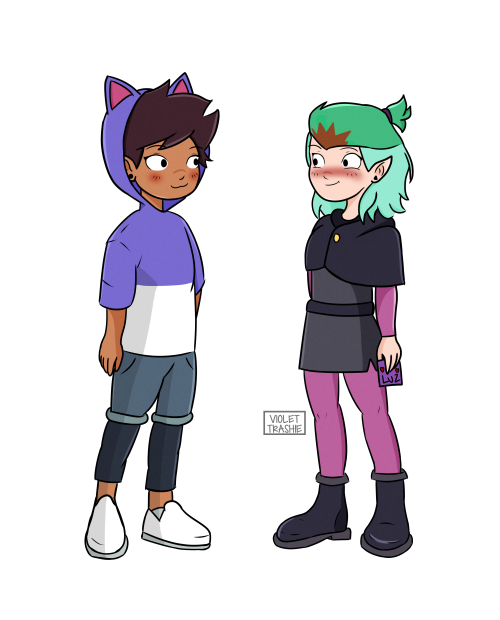 I need to talk to you about Melog

At first, when they’re in their human-like form, they’re creepy af. Just look at them:

This image haunted me for days.

But then, they suddenly turned into this precious, innocent cat that I immediately got extremely attached to:

This pretty much sums up my relationship with people 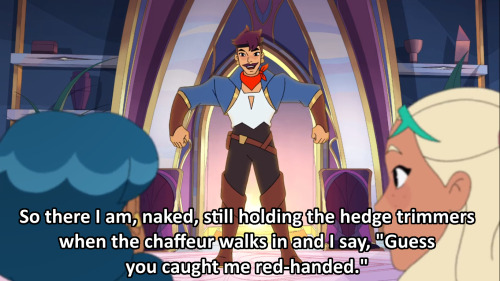 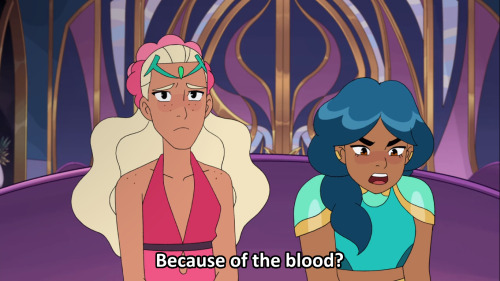 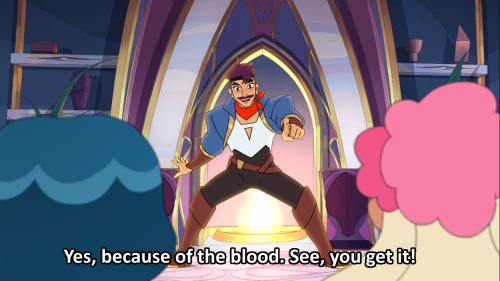 may i offer you some catradora in this trying times

this might just be the best thing i’ve ever made