Hope you guys had a decent Thanksgiving. Forgot to post my big parade drawing thingy here

Imagine Shrek as a twitch streamer.

So anyway, I take prompts what to do next soo. Feel free 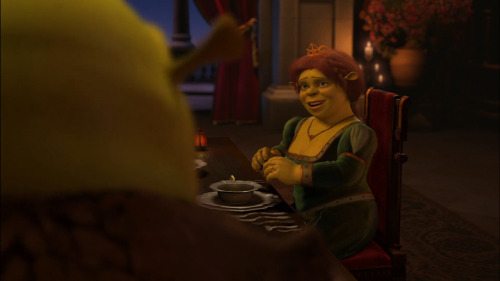 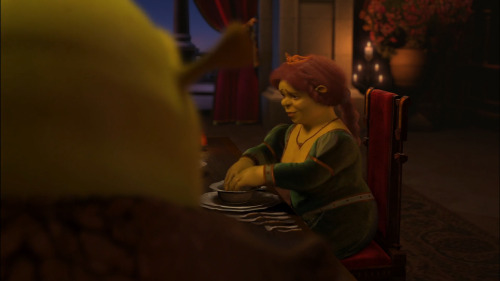 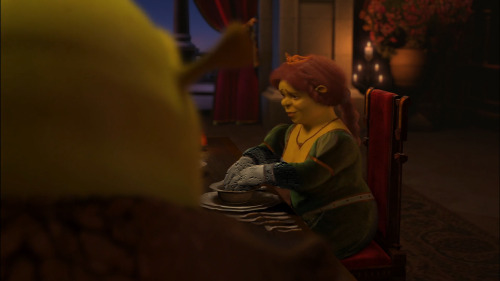 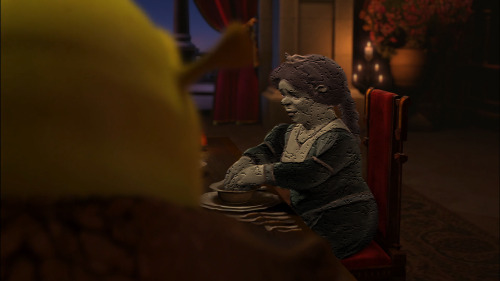 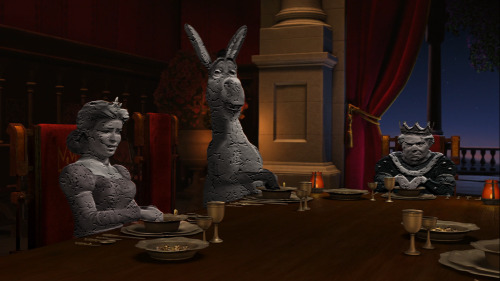 I genuinely love the first Shrek movie so much. I love seeing how years of being seen as a monster has changed him as a person. I love Donkey and how he’s never scared of Shrek. I love the friendship that grows between Donkey and Shrek. I love that ogre Fiona is thicc af. I love how neither Shrek or Fiona are immediately attracted to each other, but that their attraction to each other grows from spending time together. I love the scene of Shrek and Donkey looking at the night sky together.

And I really, truly, love the end. I love when Fiona has her kiss with Shrek, and she becomes stuck in her ogre form. I love when she looks at Shrek, says “I’m supposed to be beautiful” and Shrek just wholeheartedly tells her “but you are beautiful.”

This movie is fantastic and I hope every generation of child is still watching it.

I have just been made aware, through the notes on Softening Shrek, that said post has become so popular that it now serves as the thumbnail for the Leliana tag, to the bafflement of people not familiar with it. Shrek has replaced Leliana’s face on her own tag.

This is a profane honour; a blasphemy unto the Maker, and I have saved a screenshot so that this green stain on the fandom can be recorded for all posterity. 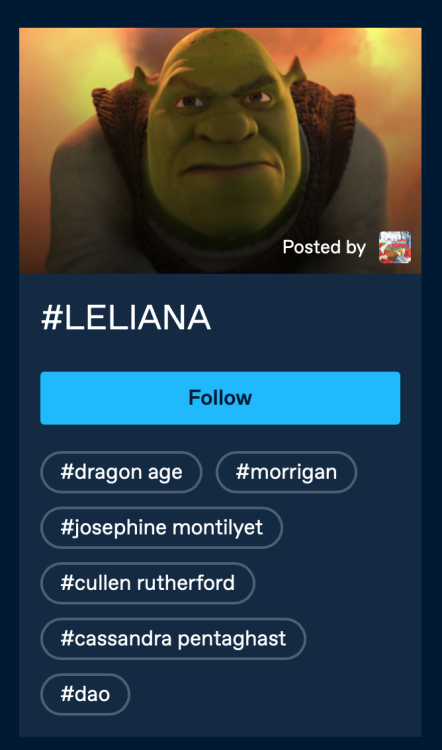 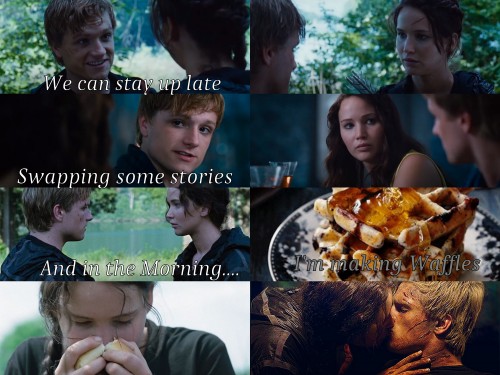 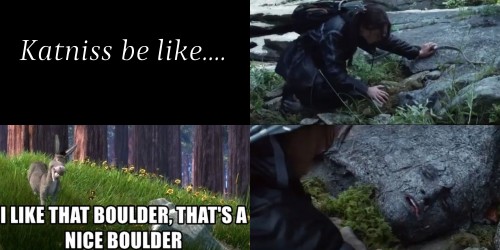 #allstar, #the years start coming and they dont stop coming, #shrek, #allstar was right, #what a concept, #im so tired, #your brain gets smart but your head gets dumb, #all star, #smashmouth
3 notes · See All
gameraboy1Photo no i do not take criticism✨

#low quality meme for the masses, #shrek the third Arthur was peak lmk, #Arthur just do be hittin different in every universe, #can’t believe Arthur knew SHREK, #good for him, #it’s an HONOUR, #hope this hasn’t been done, #should i make a post ab shrek the third and merlin parallels 🤔, #might have to, #Shrek, #arthur pendragon, #bbc merlin, #merlin, #merlin edit, #merlin shitpost, #merlin meme, #shrek the third, #*
56 notes · See All
thenhcPhoto 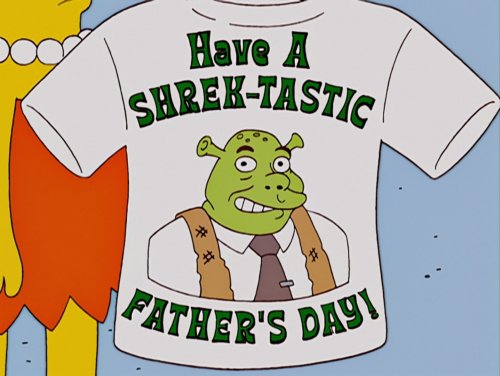 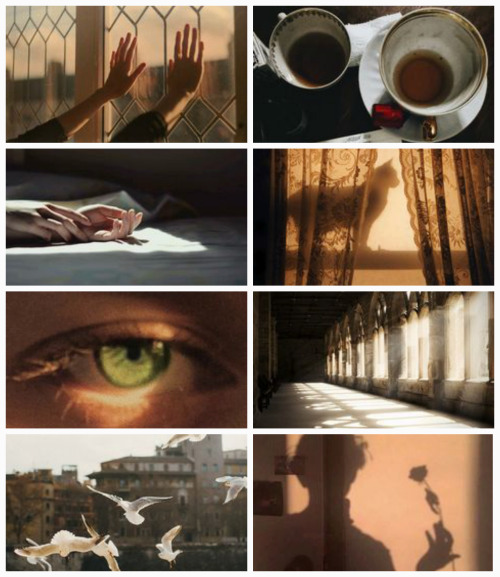 Princess Fiona of Far Far Away 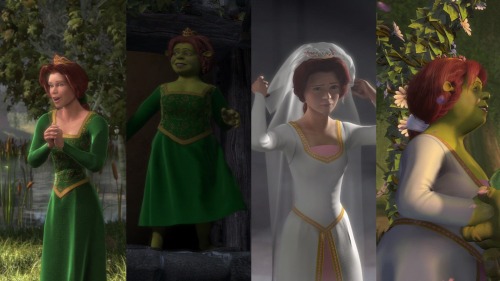 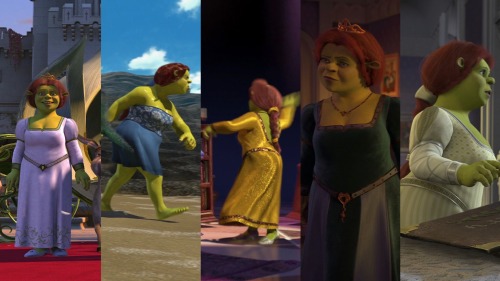 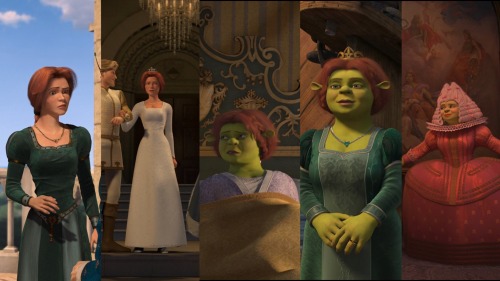 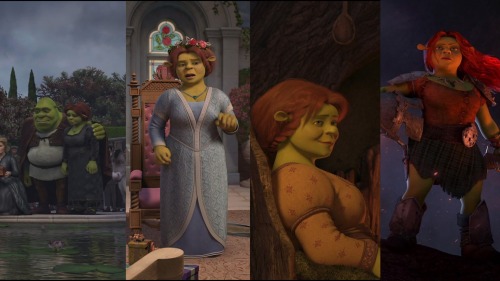 So one thing I’ve started to see online is the up-and-coming trend that Shrek 4 is better than Shrek 3.

In some ways the fourth movie is okay, but Shrek the third is waaayyy better than the fourth one.

Shrek 4 was scrapping the bottom of the barrel of ideas. It was basically a Shrek take on ‘It’s a Wonderful Life’ where instead of Clarience, it’s Rumplestillskin. And most the the time it’s Shrek running around and exposing to every single character “I just have to get Fiona to fall in love with me” and unlike the movie ‘It’s A Wonderful Life’ nobody finds that to be very odd.

Anyways, I was thinking of ways that the fourth movie could have been better because lots of it is spent rushing from one place to another. We don’t get these tender moments like in the first two and three where characters would just converse with each other for a scene.

So I was thinking out loud and I remembered this scene from the first movie where Shrek and Donkey sit under the moon and it’s the first time Shrek opens up to Donkey about his situation: “People take one look at me and yell ‘Ahh! Help! Run! Big stupid ugly ogre…that’s why I’m better off alone’”.

Well, what if there was a small scene in the fourth movie where after trying over and over to get Fiona to fall in love with him again, Shrek reaches a point where he feels somewhat defeated, so he goes out into the night and sits on a rock cliff similar to the one in the first movie, but the moon is the same. He looks up to the moon and then looks to the side where Donkey once sat next to him. And that’s when he realizes that he had everything. And he wasn’t alone. But now that might become his reality again.

And it would be all with no dialogue.

That would have made the movie a little better I think.

#Shrek the third, #Shrek 4, #shrek forever after, #Shrek 2, #Shrek, #I just realized how ‘Shrek’ looks like the word ‘Shriek’ and I wonder if that was intentional, #purplealchemist, #movies, #rotten tomatoes
0 notes · See All
animatedpixieText