How do I describe my sister?

She is the prep to my emo. The yin to my yang. The optimist to my realist.  The pastel to my monochrome. The M&M’s to my Skittles. The Tik-Tok to my Fanfiction.

My thoughts: Sure we fight like a cat and a dog sometimes, and there are days when I want to strangle her with my bare hands. She can be pushy, annoying, and generally unpleasant (especially without her coffee in the morning.) She’s definitely more colorful than me (especially in wardrobe.) Practically a social butterfly compared to my anxious introvert.

My sister (Who stole the computer before I could post): She’s not pessimistic, or a pyromaniac, or a dark person (which she is more colorful in her personality, more than her clothes). I think she is a very energetic person that can do anything, but needs a little push to get her to do something (which is not bad at all). She can be very adventurous and is nice sometimes.

We have unique ways of showing we care, but we do love each other.

“Sisters are different flowers from the same garden. ”

Who wrote a big sad, angsty af fic?!…I DID! Cause I’m in a big sad mood

Summary: It was supposed to be a joyous time for the royal couple, but their world came crashing down around them in an instant.

Evie, after her sister does something stupidly dangerous: This is insane!

Mal: You call it insane, I call it Tuesday.

Mal: Sis, I found a valve marked “Danger, do not turn.”

Evie: You didn’t turn it, did you? 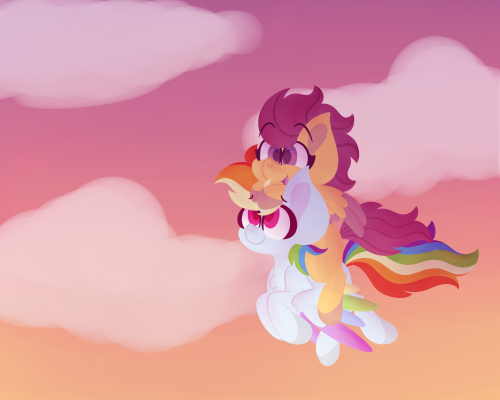 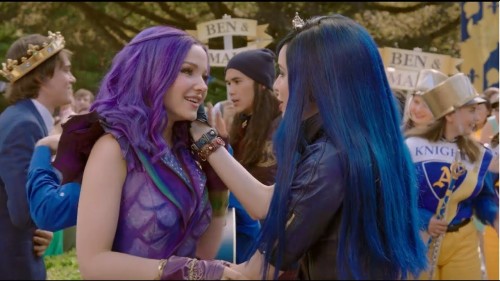 When you work you play hard!!! Am so proud and happy for you guys 🥰🥰🥰🥰 but wait……this doesn’t mean less manga for me right??? #car #sisters #cardecals #doingthingsright #togheter #roadtrip
https://www.instagram.com/p/CAszNVBhVNZ/?igshid=656nvojbxe9v

Evie: You know, anybody but me because I’m weak would punch you in the head.

Mal: *hugging her sister* Which is why you’re my best friend!

You know what kinda hurts my feelings? My sister hasn’t liked any of my MerMay drawings. I mean, I know I’m not an artist, I put that disclaimer on all my posts, but it’d be nice if she would support the fact that I am trying something new and different.

#mermay, #feelings, #siblings, #sisters, #the was a time when we were close, #it changed after she left for college though, #thoughts
2 notes · See All
all-the-lovely-mad-onesChat
Lilia's Untamed Adventures - Episode 2, Pt 3
Lilia: Wei, are you Charmin clean?
Ailbe: Charmin did not exist at this time!
Lilia: Charmin existed when Jesus was alive! How do you think he got his hiney clean? Jesus deserves the best!
#we're all mad here, #all the lovely mad ones, #lilia, #ailbe, #lilia's untamed adventures, #the untamed, #wei wuxian, #charmin clean, #sisters, #quotes
4 notes · See All
geekwiththegogglesText

Since the Pandemic Clusterfuck started my sis has been working from home. She’s a teacher, and got a whiteboard cling for her classes. But now that the semester is winding down, she’s had this hangman game setup for a while. We have been wordlessly playing the game for three days now. I have no clue what this is…

#time, #gg ramble, #the second word is clearly, #no clue what the first is, #sisters, #siblings
0 notes · See All
nyotaliafan-pinkmermaidAnswer

Aaaaaw i absolutely adore them. They are such lovely sisters (yes i headcanon all of them as girls)

“Heat” depicts most of the Stettheimer family gathered to celebrate their mother’s seventy-sixth birthday at their summer retreat in Bedford Hills, New York in July 1918. Present are mother Rosetta, Florine Stettheimer herself, and Stettheimer’s sisters Ettie, Carrie, and Stella.

This painting, created in 1919,  stands on the brink of decades of great societal change. Stettheimer, who lived until 1944, saw two world wars, growing antisemitism, and the Great Depression. While she mostly withheld her paintings from the public, she herself was a participant in New York City’s Jazz Age in the 1920s, attending and throwing salons with artists, musicians, and writers of different racial backgrounds and sexual orientations.

I’ve often thought of the instability of the interwar years (1918-1939) when I look at this painting and sense how precariously Stettheimer’s places her figures in “Heat.”  The thin, wispy figures representing her mother and sisters look like they are floating in space and could fall right out of the picture. The landscape barely seems to contain the family within the frame; nothing seems anchored, not the figures, not the trees, and not the table, which is definitely going to slide out of the picture frame. When I look at this painting, I see many aspects of uncertainty: the composition with its unusual sense of perspective; the connections (or lack thereof) among family members; the thick horizontal bands of color breaking up the scene. When you look, do you find that same sense of uncertainty?

Do you think the figures acknowledge how hot it is? How unsettling it would be not to acknowledge the heat! Even the trees and the sisters seem to be wilting. We see that the mother and two sisters have brought out their yarn and knitting needles, and yet no one is knitting. It seems to require too much effort to knit, to sip ice tea, to remove one’s shoes, to look at mother or one another. The relations among the family seem unclear; here’s a birthday gathering without much celebration. Or does the immersion of their attention in their own activities suggest that they are simply resting in each other’s presence?

Stettheimer believed that “letting people have your paintings is like letting them wear your clothes.”  I imagine for a very wealthy woman at the turn of the twentieth century, letting other people wear your clothes was an act of invasion. Stettheimer’s family wealth allowed her to maintain privacy and to withhold her paintings from public viewing that had the unfortunate effect of limiting public discussion and appreciation of her work.

This painting, like her clothes, is in many ways an intimate, personal object. It is currently hung in a gallery with other paintings depicting the “modern woman”, many of which, like Girl with Apple by William Glackens, were painted by male painters. Explore other depictions of the “modern woman” in our open collections. How do they compare with Stettheimer’s depiction of her family? Join in the conversation and share your thoughts in the replies. 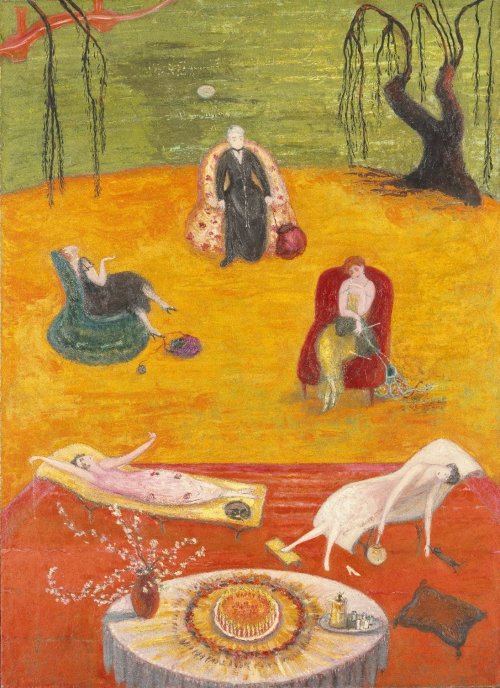 I love this headcanon. I can just imagine Tree randomly slipping into a Russian accent for the first time and everyone is just in shock lol

Hi everyone! I know this is a Tom Holland account but I thought I would share a thing I did today when I was bored!