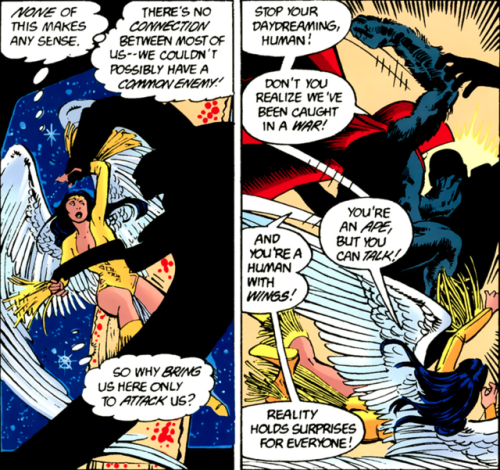 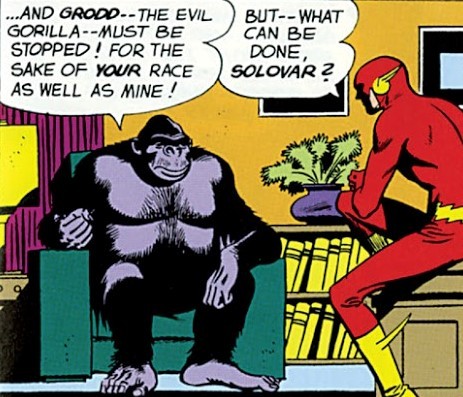 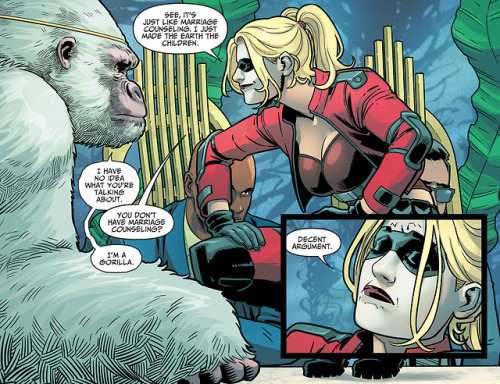 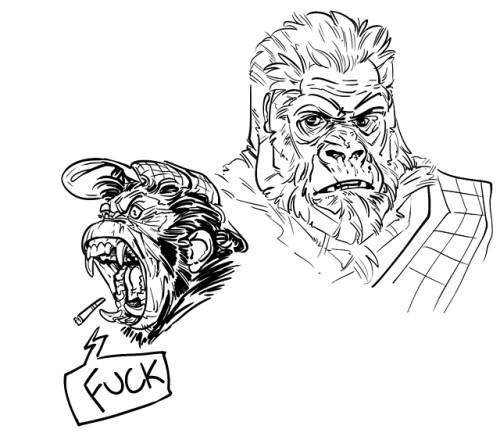 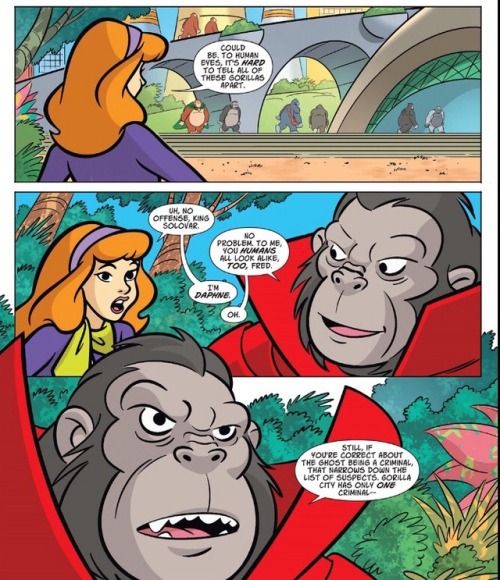 KINK-SHAMED BY SOLOVAR AND THE FLASH 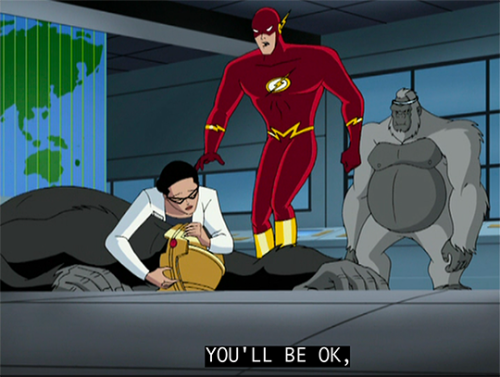 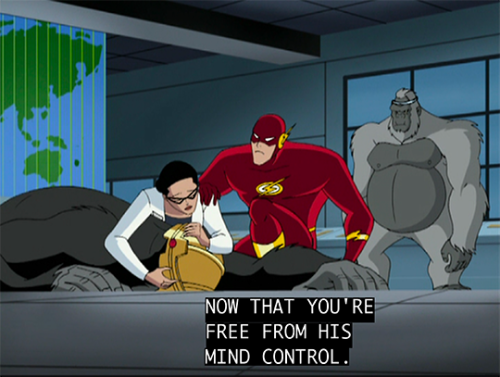 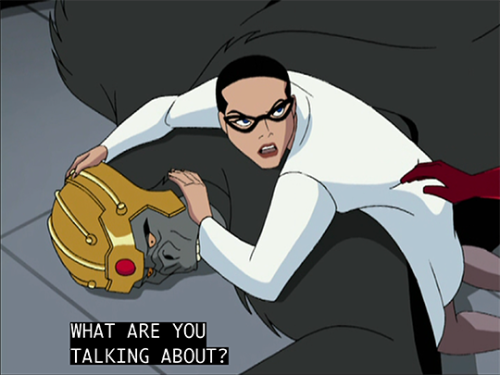 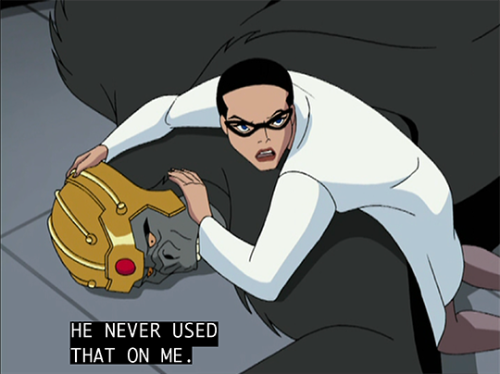 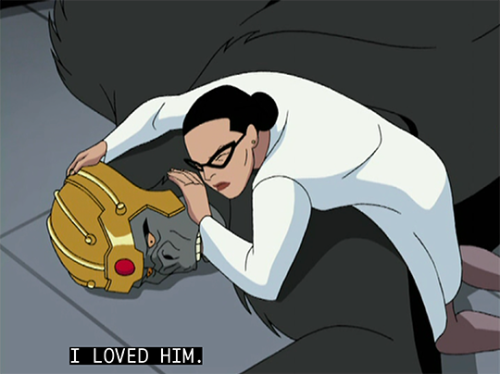 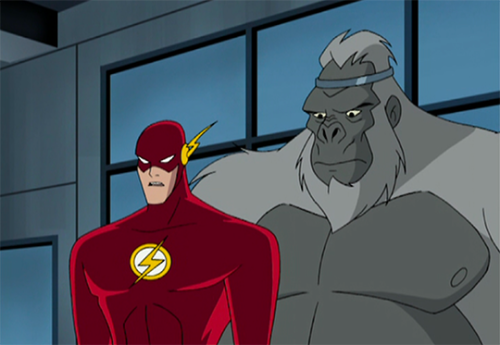 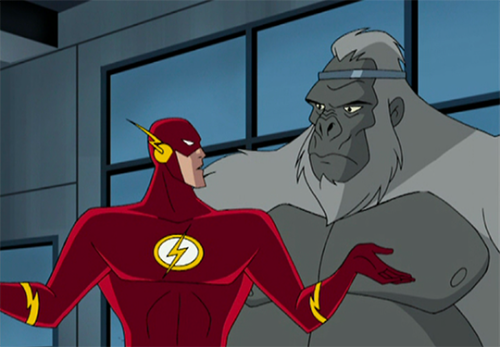 #I would die right then and there, #justice league, #the flash, #solovar
135 notes · See All
ahungryinappropriatepotatoPhoto 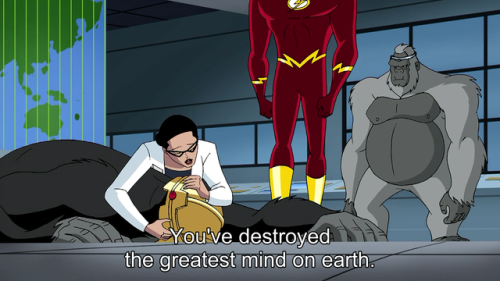 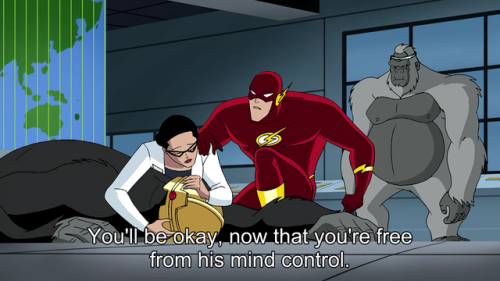 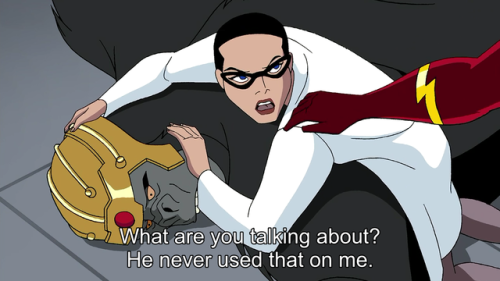 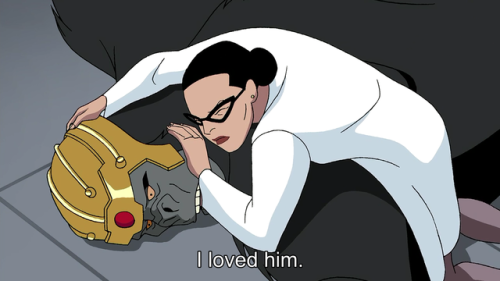 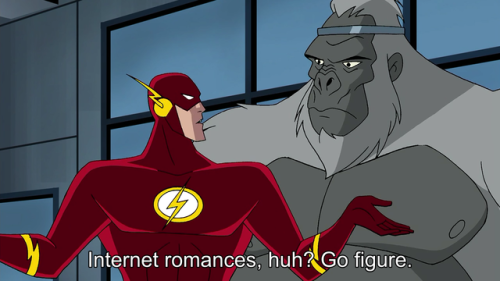 flash is me with comebacks 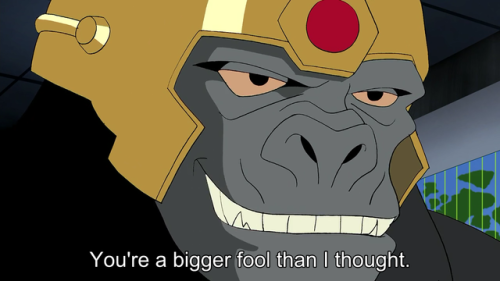 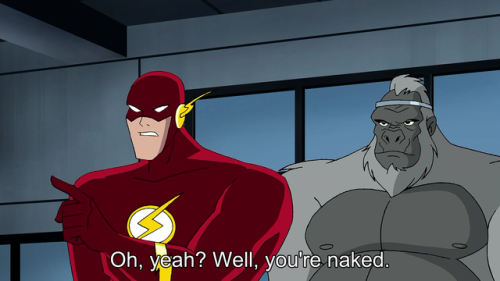 It was pretty rare for Rowena to take Dominic out of the pack’s territory but it was exciting. Dominic had never been to Central City before or any big city for that matter. She had never dared venture into Gotham when she was on her own. The buildings were so huge and there was a ton of people. It was kind of scary so she kept close to her alpha. They were here to get winter clothes for her and the boys as they had grown out of their and she didn’t have any. Suddenly there was a bright flash of energy and she felt something pushing on the boundaries of her mind but thankfully it wasn’t strong enough to break through. The same could not be said for Rowena. The grip she had on Dominic tightened and she pulled her towards a crowd of people. “Alpha?” Dominic asked but Rowena did not answer. They were cheering the name Grodd. Rowena let go and began to cheer too. Dominic could see a black gorilla above everyone else with some kind of device on his head. “Was this who they were cheering for?” Dominic wondered to herself. He quieted them.

“People of Central City, the age of simple minded humanity is over. Today a new age dawns. Today Grodd rules.” The Gorilla stated. Dominic didn’t know what to be more shocked by, the fact that people were cheering on his crazy plan. “Humans are slow ugly, immoral and have unpleasant body odor.” Grodd stated. “Hey who you calling slow!” Dominic heard Flash yell. She looked over to see Flash and Green Lantern in the crowd along with a silver gorilla. She moved through the crowd to get to them. “I’m so happy to see you guys.” She told them but they just gave her strange looks. “Guys it’s me White Fire.” “White Fire?” Flash gasped. “Wait how are you not being mind controlled right now?” Green Lantern asked. “I don’t know could be because I’m a dragon. Is that what’s going on?” Dominic asked. Green Lantern nodded. “Ah a dragon would be useful in this situation.” The silver gorilla stated. “I’m Solovar by the way.” “Humans are inferior creatures who’s only purpose is to serve beneath my feet. When Gorilla City is destroyed, you will be the paving stones on which I will build my new empire.” Grodd proclaimed. “He’s not serious, is he?” Dominic asked. “He seems to think so.” Solovar sighed. “Hey monkey boy! Why don’t you go climb a sky scraper!” Flash called. “Intruders! Destroy them!” Grodd ordered. The entire crowd turned to attack them. “Couldn’t keep your big mouth shut could you.” Green Lantern scolded. From across the crowd she saw Rowena shift into her wolf form. “Interesting.” Grodd said as the crowd moved aside for the massive wolf. Dominic stepped between her alpha and the others and shifted into her dragon form. “The plot thickens.” Grodd smiled. “Don’t do this alpha!” Dominic begged. “I don’t want to fight you.” The wolf only growled as she picked up the pace and charged forward. Dominic leapt forward to meet her in the air. The two tumbled and rolled through the crowd in a flash of teeth and claws. Rowena had both a height and weight advantage over the young dragon and quickly had her pinned but Dominic managed to kick the wolf off. “If only Rowena had a mental shield like she did.” Dominic thought to herself. “Wait that’s it!” She stopped fighting and concentrated reaching out to the wolf with her mind and pulled Rowena’s mind into her own. The wolf stopped attacking and shook herself as if she had just woken up. She looked around very confused. “Mind control!” Flash called to the wolf. “I don’t know how long I can hold this!” she told the others. “Make yourselves scares.” Green Lantern ordered. “I’m going after Grodd. Rowena nodded and moved towards Dominic but before she could reach her a yellow streak struck her. The streak skidded to a stop and Dominic was surprised to see a kid only a couple years older than her with red hair in a Flash costume except the suit was mainly yellow. “Friend of yours?” Solovar asked the Flash. “Oh no, Kid snap out of it!” Flash called. Kid Flash glared at him. “Destroy!” he growled and sped towards them. The two speedsters collided leaving Solovar to defend himself. Green Lantern had been forced to defend himself against a heavily armed SWAT team allowing Grodd to escape. Dominic attempted to Pull Kid Flash’s mind into the same protective shield as her alpha but she almost lost Rowena in the process. “I can’t shield them both!” Dominic called to Flash. Kid Flash stopped and proceeded to come at her instead. Flash took advantage of the situation to knock his side kick out. “I’ve got him!” Dominic said picking up the fallen side kick. She opened her wings signaling to her alpha what she planned to do. “Alpha it’s the only way!” Dominic insisted. Rowena reluctantly shifted back into human and allowed her to carry them skyward. Unfortunately, she didn’t see the force field that had surrounded the city until she flew right into it and almost fell out of the sky. Dominic had to instead land on the top of a sky scraper.

“Now what?” Dominic asked. “Now we let the heroes do what they do.” Rowena stated. Dominic didn’t like feeling so helpless but was nothing more she could do. Suddenly missiles launched through the shield with Green Lantern in pursuit. “That’s not a good sign.” Rowena commented. “I knew it!” Dominic said frantically pacing. “White Fire calm down.” Rowena ordered. “I will go down there and see what I can do. You stay right here.” “But alpha if you go down there you’ll get mind controlled again and I don’t know if I can keep my mental shield around you from so far away.” Dominic protested. “Then I will just have to fight it.” Rowena said jumping from the building and descending with her claws. Dominic shifted back to human form as she felt her alpha go out of range.

Rowena ran through the streets following the scents of the gorillas to a missile base. She burst in just as the battle completed. “Well it seems you have things well in hand.” Rowena commented. “Blood Moon, good to see you back to normal.” Flash stated. Rowena glared down at Grodd and the scientist kneeling over him. She growled revealing her wolf eyes. “Whoa easy.” Flash tried to calm. “It’s over.” “Is it?” Rowena questioned. “Because of them my family has been exposed and is now in danger.” “No, you’re not.” Flash assured. “They won’t remember anything. Trust me.”

Dominic heard her alpha’s howl signaling that it was safe to come down. She picked up the still unconscious side-kick before flying down to a relatively empty park where Rowena, Flash, and Solovar were waiting. She set him on a bench which accidentally jostled him awake. Dominic, now in human form, sat next to him. “You Ok?” she asked. “Oh, my head! What happened?” Kid Flash groaned. “You wouldn’t believe me if I told you.” Dominic smiled. “Try me!” Kid Flash challenged. “A talking gorilla mind controlled you into attacking me, Flash, Green Lantern and another talking gorilla and we had to knock you out.” Dominic informed. “You’re right I don’t believe you. Why would I attack a girl?” Kid Flash half joked. “Well I was a dragon at the time.” Dominic commented. Kid Flash laughed but then noticed the look on her face. “Wait you’re serious?” he asked. “Yeah wanna see?” Dominic asked. “Sure but there is no way you’re a…” Kid Flash stopped short as she transformed. “Dragon! You’re a dragon!” he exclaimed. “That is so cool! I’m Kid Flash by the way.” “White Fire.” She introduced herself. “You don’t wear a mask.” Kid Flash observed. “I’ve never really needed one…” the two continued to talk as the adults watched. “Those two seem to be getting along.” Flash observed. “A little too well.” Rowena commented. “What’s that supposed to mean?” Flash asked. “I mean that you Justice League are a bad influence on her.” Rowena stated. “Wait what?” Flash asked. “She sees you and she wants nothing more than to use her powers and be a hero just like you.” Rowena informed him. “That’s an admirable trait in one so young.” Solovar commented. “It is admirable but she is going to get herself killed.” Rowena stated. “Just stay away from her.”

THAT IS NOT OKAY.

YOU CAN’T JUST HAVE SOLOVAR SHOW UP AGAIN.

I could watch gorilla-combat all day.

Maaan I wish they had a bigger budget so the Solovar vs Grodd fight could be longer. That could’ve become one of my favourite fights of the season if they put more work into it. 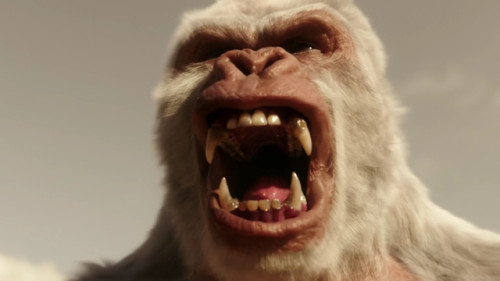 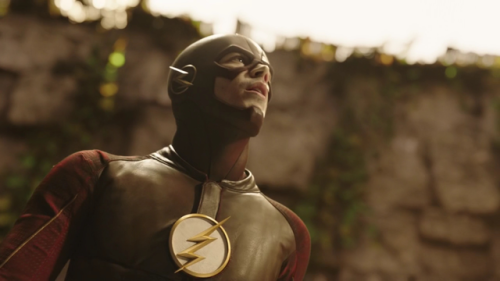 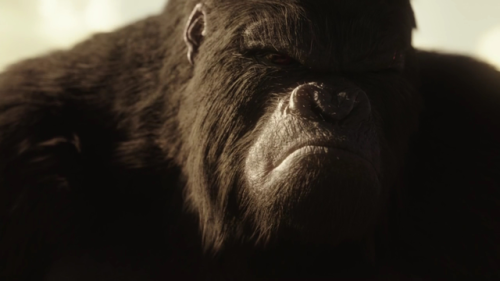 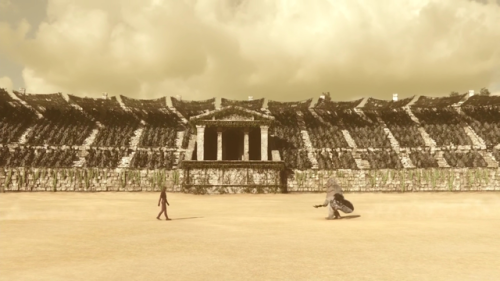 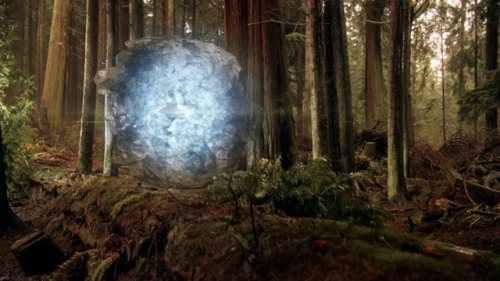 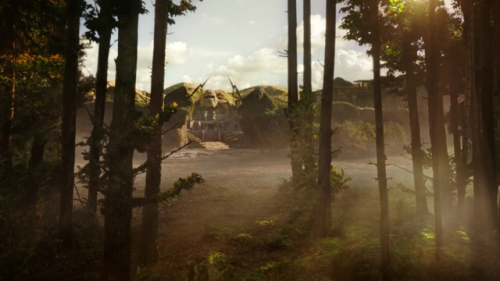 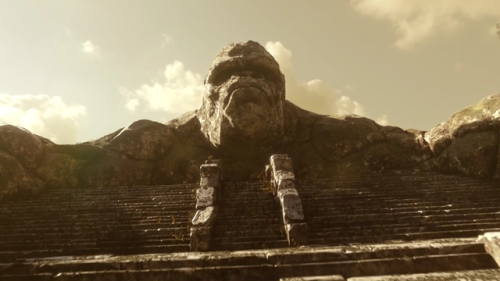 Is that Keith David?