“He has put mom on a leash and threatened to eat me, at this point it doesn’t really matter if He used to be nice or not, what’s done is done and he’s still doing it.” The child replied bitterly. “I-i’m sorry.” Shella apologiesed on her daughter’s behalf. “W-what about the tracking thing She mentioned?” Asked Shella, trying to change the subject a bit.

He made a face, sighing heavily, “His gem, his soul, is fractured… It’s barely a quarter of the size it used to be, if even that… How do you think that’s affected him? His mind and body are warped from the damage…”

“Maybe i can track them? Sir ugly did say i was quite good at magic. The only good thing He had said so far.” Commented the child, Shella knew She was just a kid, She just wished She was more careful with her words. “Let’s start with the clothes.” She said before picking Oliver up and heading inside.

The sorcerer made a face, “Poppet that’s not very nice… Vinny isn’t himself, normally he’d never do anything like this, not even close…”

“I think they’d still ask why you’re wearing clothes that are way to Big for you.” Replied the nymph with a little smile.
“What would you need from the town?” Asked Shella, “And what do we do now?”

“I’m missing an arm and a leg, I don’t think anyone will question why I have clothes that don’t fit me,” he replied, a rueful expression on his face as he waved the stump of an arm he now had, “But what I need are supplies and information… I have to track down where Vinny’s gem shards are and find someone that can mend them.”

The nymph rubbed the back of her neck a bit. “You’ve only been out shortly, i kinda froze everything when i Got angry.” She explained a bit awkwardly as if She had to explain She was the one who stole the last cookie.
“Sorry for my outburst before.” Added Shella in.

“No, no it’s fine, Poppet, I just need a little more time to readjust myself,” he replied, a small laugh escaping him.

Sighing, he tried to stand after a few moments, but gave up when he realized that his remaining leg was still a little too weak to support him for long, “Ngh… Regardless, I really can’t go walking into town looking like this, people will demand an explanation of some kind. I don’t want to put more people in the line of fire if I can help it, so I’ll take whatever I can get.”

“That’s what you’re worried about?!” Shella asked, feeling slightly angry that that’s the first thing He worried about regarding himself, despite having just been ripped apart, literally.
“Mom Got some spare capes or dresses, though they might be a bit to Big for you.” The nymph child commented and couldn’t help but let out a little chuckle at the image.

The man blinked at her, his bright blue eyes wide and somewhat vacant. Clearly he was still a bit out of it after everything. Shaking his head a little, he looked around, apparently bemused by the snow and ice everywhere, “Should I be more worried it’s now winter…? Has it been months or a year?”

the love I have for you..

is a love I have not felt for anyone else

and it doesnt matter if you dont believe me. You fought me so much.. just to be right… You justified yourself by telling me things I did, how I did them, etc. Well, You cant tell me how I feel.

Someone in class who knows I love frogs: Are frogs hard to skin like cats are?

Her: I was gonna say emotionally but I guess I got that answer too.

When the fuck did Twisted Wonderland turn into a horror game

LOOK AT THESE SOFT IDIOTS. 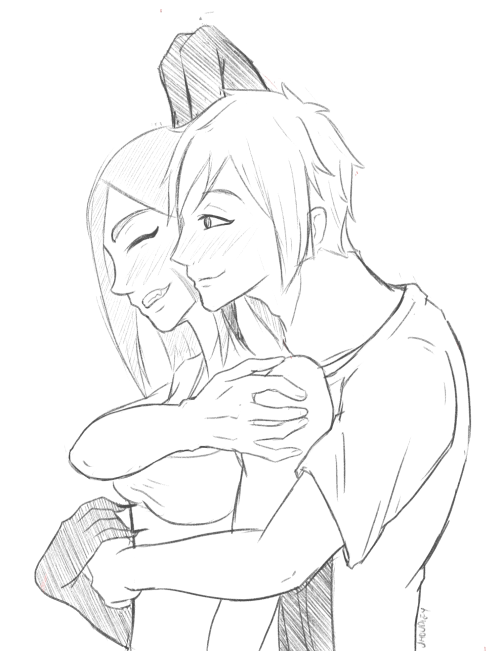 #like u gotta consider it separate from winx as u know.. then its actually a fairly good show w a nice amount of suspense n plot twists#the amount of heterosexuality...... is something tho
0 notes
upagainstabookcase
Text

a lot of the 5 star reviews on goodreads describe it as ‘a love story between a girl and the devil” or have Addie/Darkness art attached to the review (or they were just into the style which is fair).

#arrr mateys#poor present mic#I wonder if he'll ever tell Aizawa what he just found out#you know how Shirakumo actually died because of hom so his self blame was kinda justified in a twisted way#yeah that's goona be a fun convo#hey sho look at our friend group#one's paralyzed (tensei)#one's dead (midnight)#one got zombified because of you (shirakumo)#and we're the only one's left!#I hope this isn't foreshadowing for something horrible happening to me you or Eri because those are the only ones left#I mean it probably wont be you since you almost lost your quirk and were maimed#but me and Eri are still free game#yeah that's gonna be a fun conversation#present mic#aizawa shouta#manga spoilers
13 notes
ambimakesarts
Photo

This started off as sketch and I decided to finish it at like 12am. 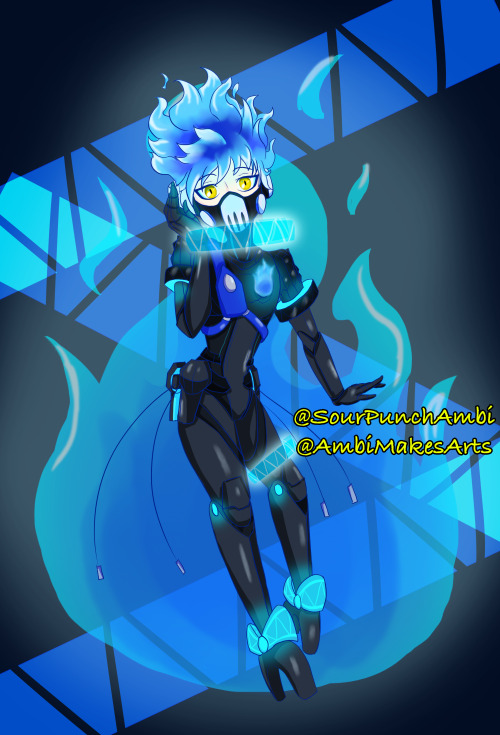 Just in case: in my Ed post when I mentioned fasting, I did mention that  doing it for religious purposes is fine! I just wanted to clarify in case it gets glossed over!

Two Sides of the Same Coin

[map made with inkarnate]

The Sanctuary Pack’s territory sits high in the Rocky Mountains, straddling the tree line. Wolves grow up strong and healthy in the high altitude, with unusual lung capacity and paws made tough by the daily scrabble up slopes and over boulders.

On the lower slopes of Sanctuary territory grows a stunted sub-alpine forest. The trees here bend and twist in odd directions, shaped by wind and poor soil. The strange trees have given this forest its name: The Crooked Wood.

Though the conditions can be harsh, prey runs thick through the forest, and Sanctuary’s hunters try their teeth against deer, mountain goat, grouse, and- if nothing better presents itself- the fish that sometimes run through the forest’s streams.

A wide river marks the boundary of the wood, having eroded much of the rock away over the years, and making a steep drop-off at the southern edge of the territory. Where the river bends, and the banks are more shallow, wolves can cross over into the forests beyond, and this stretch of wood beyond the river eventually serves as a burial ground for that pack’s lost members.

The upper slopes of The Sanctuary territory consists of rocky tundra, the altitude too high for trees to grow. The soil is poor above the treeline, and the air cold. Only hardy, scrubby plants can survive– but these plants grow nowhere else in Sanctuary, and are vital to the pack’s healers. Even this apparently barren stretch of rock serves its purpose to The Pack.

The wolves of Sanctuary have thoroughly scouted the upper slopes, and the cliffs- while outwardly treacherous- give sure enough footing to a wolf who knows the right paths. If The Pack is ever attacked, they plan to flee into the upper slopes, and let the unfamiliar terrain take care of their enemy for them.

A hidden trail here leads to a cliff-plateau that overlooks the main camp, and all of Sanctuary Territory beyond. The pack has named this outcropping The Overlook, and its surrounding cliffs The Overlook Cliffs.

During their Rites of Passage, young wolves leave painted pawprints on The Overlook rock, to mark their transition into full adult members of The Sanctuary Pack.

Between these two extremes lies the packs’ main camp. A triangular valley cut out of the upper slopes, the camp is sheltered from wind and weather by its surrounding cliffs. This shelter has allowed the valley to grow into a beautiful alpine meadow, with rich soil and soft heather underfoot. The meadow’s triangular shape has given the camp its name– The Jawbone.

The cliffs have crumbled away in several places, and many of these crevices are big enough to nest in; the wolves at Sanctuary have made an ongoing project of clearing the debris out of these caves in an attempt to clear enough dens for every wolf to shelter inside. 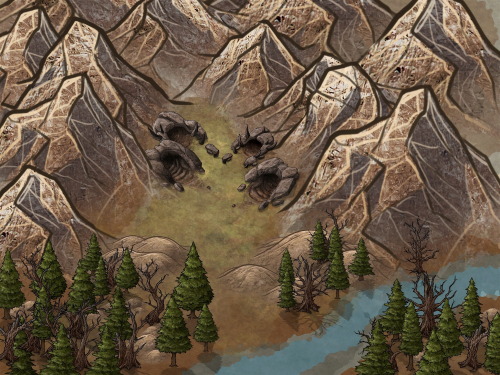 #wolvden#the sanctuary pack#worldbuilding#this was originally just a page on my blog but im rearanging some stuff so#its a post now.#I think maybe#there's like. some thought that the river by the burial grounds serves as a 'passage' for the dead wolves#& thats why that spot was chosen#I havent given much though to the like. spiritual or religious practices of the pack#but probably there is some superstition surrounding crossing the river#and wolves develop little habits like 'you have to hold your breath while you cross' or something#not sure what to name the river yet.#tempted to call it the tuckamore bcos. thats what I've always heard those twisted type of trees called#but Im kinda wanting to go for a more ~spiritual or mourning feel w it? IDK#plus why would these wolves in british columbia use like. human maritime slang lmao
10 notes
inedibleperiwinkle
Text

He’s really a handsome young man and takes secret care in his appearance.

#Look Sven is a pretty boy despite the jokes on his pale complexion and sickliness#If you can get him to cheer up he has a wonderful smile#A rare seen one as he's typically sad/worried/stressed/despondent kid could use a few friends#He'd have 0 problems wearing a dress even if it were extravagant#Clothing is clothing and there's something flattering in the shape of it for him#Though was the corset necessary? No. Did he specifically pick it? Yes.#He's the sort of dress wearer who twists back and forth to get maximum swish action from the skirt
17 notes
autisticgoh
Text

weird feelings about the newest episode

#⚡.txt#it was cute and i liked the twist at the end with having goh leave dugtrio with the farmer. it made sense and shows how well he-#understands pokemon now#also more chloe screentime is always good#however i just feel like whenever team rocket are in an episode that isn't focused on them it just drags the episode's quality down for me#this is something every series is guilty of so i cant fault this episode in particular too much#anyways......still trying to process that preview#the 'suicunes data will be added to the pokedex' line just hits me like a fucking train
0 notes