A note to my soulmate:

I don’t want you to tear my walls down, I want you to make me trust you enough to take them down myself.

You wake up one morning and don’t quite feel like yourself. Turns out that there’s a pretty simple explanation for that. You aren’t. Instead, you find yourself in the body of a big scary looking skeleton monster. Turns out soulmates are real, and you just happen to be part of that small percentage that has one and it just has to be the bodyswap one.

I clock time by your breaths. My life stopped when your heart beat its last.

take the the air from my lungs, take the blood from my veins (take it all) but come back //

You know that its meant to be

That night… wouldn’t have happened if it wasn’t.

Unless you regret it…which is my biggest fear.

I was doing well respecting you & her.

But after that… I’m having trouble reigning it in.

That rest was my best in months…

We both feel it

That night. Was just a very small taste of forever.

Because I’m craving it and want more.

Let me show you.

Let me prove it to you

You’ll never be confused or unsure

It’s me and you forever.

Don’t be afraid of it. It’ll be simple and easy.

There’s only one thing holding us back………

#life, #love, #battle, #time, #life thoughts, #personal thoughts, #scattered thoughts, #together, #its us, #you and me, #soulmates, #lgbt love, #i love you, #let me love you, #future, #future wife, #my forever, #deeply personal, #deep thoughts, #thoughts, #sleeping with you is my favorite, #youre my best friend, #youre my future wife, #lgbt feelings, #feelings that dont fade, #dont be afraid, #im yours, #my writing, #my love, #my heart
1 notes · See All
rutabegumText

if my soulmate broke into my apartment through my window, said i was his assistant, and told me that interesting things would happen if i took charge of my life, i Would simply Not Smack him

#dirk gentlys holistic detective agency, #dirk gently, #todd brotzman, #soulmates, #why aren't they married, #HUSBANDS, #wonky begum recommended it to me !!!, #and it's !!!, #so good
12 notes · See All
lauravalencia83Video

Jalec AU Jace thinks about Alec and all they had together and gets to the conclusion that he does love him.

#Jalec, #soulmates, #true love, #OTP, #video, #parabatai, #Jace and Alec, #love, #edit, #shadowhunters, #AU, #I liked the idea of them being together so much before that I made a video, #but I got to make it when the fandom was already dead, #;_;, #well now it's extinct, #but whatever I still like what I did, #now that I have time I wanna do more videos but destiel ones ofc, #;3
2 notes · See All
kstash76Text

Your words make me feel alive

You’re always there to catch me,
when I feel I am losing ground.
Whenever I am down and can’t seem to smile,
you pick me up and turn my world around.

You inspire me with your accomplishments,
and encourage me to do my very best.
You help me to ease my problems and frustrations,
by lifting my worries far from my chest.

You truly have a heart of gold,
anyone would be fortunate to have you by their side.
You open your heart to perfect strangers,
and wipe away the tears that they have cried. 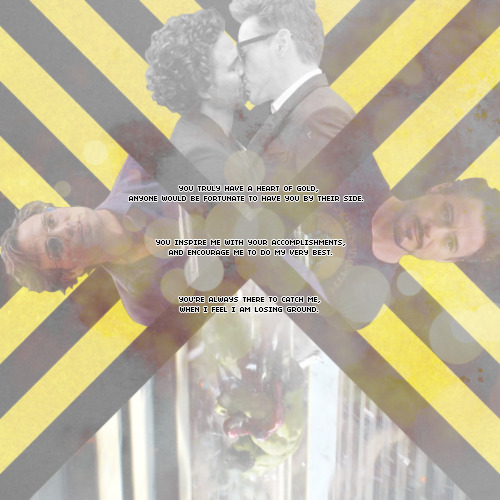 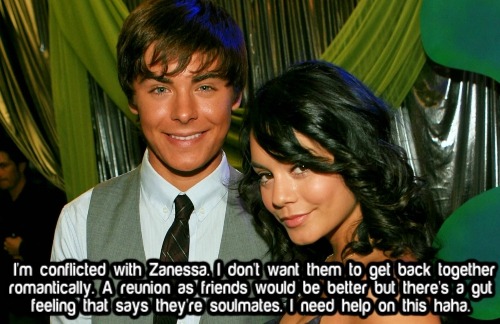 Man i need more friends.  Or a girlfriend would be nice.  But i i’m in love with someone. My soulmate i know a haven’t meet them yet but i love them and i know when i see them. I just wish i could meet them sooner and not have to wait anymore. It’s crazy how much you can miss someone even though you haven’t met them yet.

& when you’re unsure if it is appropriate to laugh 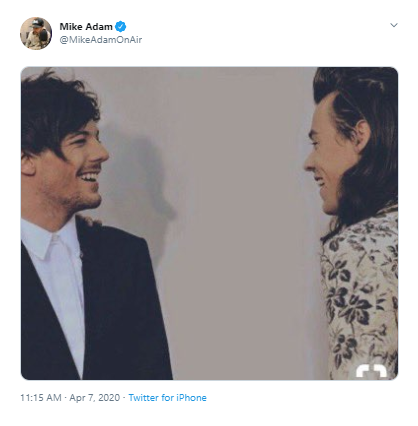 #soulmates, #he really can't get over the kiss in that one interview ajksfhajf, #harry styles, #louis tomlinson, #*
8 notes · See All
natsugiaText

So I was rewatching AYITL last night (for a little more research for my upcoming post ayitl fic), and I made a connection I hadn’t made before.

So in “Winter,” when they’re over at Emily’s for dinner, and Emily is worrying over Rory’s living situation, Lorelai makes a joke about Rory being Jack Kerouac. (side note: thank you Emily for actually acting like a mother. My parents still berate me for my choice to stay in California, and those are exactly the kind of questions they ask me, and I’m also in my early 30s.)

And at first, I didn’t think much of it, other than Kerouac obviously makes me think of Jess and the amazing scene in “There’s The Rub,” but then I remembered the first book Jess grabbed to read in Stars Hollow was On The Road.

So here’s Jess, having been kicked out by Liz, and forced out of NYC, the only place he had roots to (he’s now essentially rootless), and the first thing he grabs in his new home is On The Road.

Now this could just be a coincidence, just a reference to Kerouac that ASP likes to bring up from time to time. However, I think we can look a little deeper than that. Why? Cause Rory at the start of AYITL has just left NYC (Brooklyn) and settles into a rootless vagabond existence for the next year.

When Rory comes home to Stars Hollow, this time around, she is very resistant to staying there (ie putting down roots). She keeps telling people she’s not back and keeps making fun of the 30something gang, adamantly refusing their invitations to socialize.

Now who does that remind me of? Jess at 17, when he first gets to Stars Hollow. Granted, Rory doesn’t quite have the same standoffish attitude, but the sentiment is the same. Cause now, Rory has seen and experienced enough of the world to get the same stifling feeling Jess had while he lived there.

Why am I bringing all this up? Because it makes Jess’ suggestion for Rory to write a book hit that much harder. Emily (stellaluna.3 on fanfiction.net) already made note of this in her fic “The Long and Winding Road,” but having the reference to Kerouac makes it deeper for me because it’s another reminder that Jess knows.

Jess has been where Rory is in AYITL. He lived the rootless life from essentially the time he lived in SH until shortly before we see him come back in Season 6. He saw the way living rootless damaged his life, and it wasn’t until he had reconciled with Luke and written a book that he was able to truly start building a life for himself. Writing the book grounded him. So when Jess tells Rory to do the same in “Summer,” after hearing Rory talk about being broke and having her stuff scattered across three different states, Jess is thinking of himself at 18/19, when he had things in NY, SH, and CA (you know he couldn’t fit everything in that duffle bag), when he was living on a mattress in a horrible apartment in NY. He remembers the struggles at that time and knows the only thing that helped him out was writing The Subsect.

We all know ASP was writing Rory as teenaged Lorelai in the revival thanks to the full circle theme and Rory getting pregnant from Lorelai. However, thanks to this Kerouac reference, I think she was also parallelizing Rory with teenaged/young adult Jess. We all know how Jess turned out (amazing, successful man), so here’s hoping Rory can do the same.

#they're soulmates i tell you, #soulmates, #literati, #literati meta, #literati parallel, #gg meta, #and now i want a fix-it scene, #where rory comes to truncheon for her book release, #that jess has been helping her edit, #and they've been slowly talking more, #reconnecting more, #growing close once again, #and once the release party is over, #and people start heading home, #rory again stays behind, #and this time when jess asks her if everything is fixed, #she says yes and means it, #and jess kisses her like he did before, #and this time she doesn't stop
15 notes · See All
takoyakiuchihaText

Summary: In a world full of heroes, the meaning of colors were uncertain. Only that color is something that can be understood once a person have met their soulmate. Since birth, a person’s eyes perceive their surroundings as black and white, same as all the other people. As soon as a person locks eyes with their soulmate, it is said that their life would completely change– that person will know what the color blue is, what pink is. There is no age limit either, if the person is 5 year old and they locked eyes with their soulmate, their once monotone world be full of colors.

Unfortunately for you, while chasing a villain named Dabi, you locked eyes with him and right then and there, you’ve seen the most beautiful color to have ever existed— cyan blue.

Maybe each life is just an echo

Of the ones that came before,

Bouncing off the things they learnt

To land on something more.

And our sound just travels on,

With distance it gets quiet

But is never truly gone.

When our time comes to be still,

But the truth it carries will.

Summary: in a world where soulmates exist, one in a few are given the ability to see colors around people. they see colors that corresponds to what people are feeling- different shades of colors floating around the person like mists. however, if it’s the person their soul is connected to, a red string will appear around their ring finger and despite the string being red, it glows with a golden hue.

ushijima wakatoshi, the sole heir to the ushijima empire, had grown up living his life in tokyo, japan until now. his grandmother decided that it was time for her grandson to spend sometime with her and escape the life of the city. he didn’t expect anything really, just spending his summer days at the countryside. so it came to a surprise when a red string appeared and wrapped around his finger at a fish market.

Note: Hello! Sorry for the wait! I have a few things to point out for this chapter before you read! The first years are all childhood friends and had went to the same elementary however, Kageyama goes to a different middle school unlike the other three who attend the same school. Nothing has changed for the rest :)

I hope you enjoy this chapter!!

“Hurry up, you hag! You’re so slow!” Tsukishima called out to the dark haired girl from under the canopy of the food stand. The three boys watched as she ran towards them as best as she could in the rain, almost slipping in the process. The blonde male’s snickering earned him a glare from the older female.

“You were such a sweetheart when you were younger. I don’t know what happen to you, you brat,” she grumbled. Tsukishima gave her his famous shit-eating grin as he took a sit cross from her.

“You know you love me~,” he singsongs, picking up the menu.

“Mm~ If not me then probably nii-chan~,” Kei hums. Hinata and Yamaguchi quietly giggled behind their menus but that didn’t save them from the glare and the light smacking that they received from the girl.

“Don’t follow Kei’s footsteps now you two. And I do not like Aki! He is way older than me,” Himari says as she smacks the boy once more. Kei easily brought his arm up to protect himself from getting hit.

“Tsukki, stop teasing her,” Yamaguchi says, sighing, “you can stop hitting him now too, Mari.”