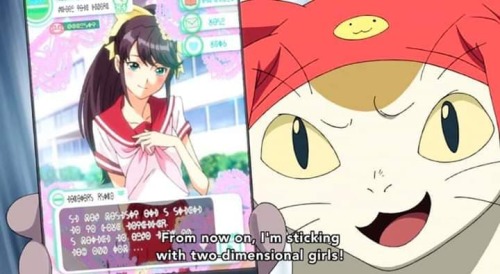 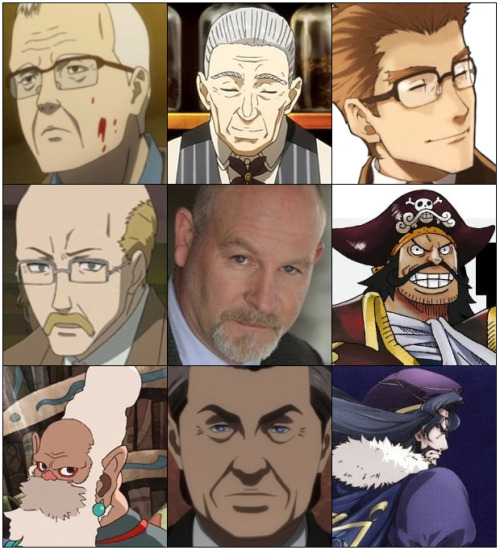 #sean hennigan, #one piece, #psycho pass, #tokyo ghoul, #baccano, #darker than black, #space dandy, #ghost in the shell, #romeo x juliet, #voice actor, #anime
22 notes · See All
mrawkweirdAnswer
You know besides the possible whenever Cowboy bebop live-action Netflix show and Samurai Champloo needing a movie, I highly feel Space Dandy as well deserves some more loving too cause I think it gets left on the underrated side of anime. Like I wish it had its very own movie or a season 3 even though Dandy did end on a really good note, but I feel you could do so much more with the show given its episodic nature and I love to see more alien-hunting adventure mishaps with the crew again.

Space Dandy is underrated. I remember coming across an interview about a supposed moment where Watanabe first revealed the trailer to Space Dandy but people still wanted to ask questions about Cowboy Bebop. Even out the gate people were sleeping. Space Dandy’s the one series where they could do any type of movie or spin-off at any time and you wouldn’t even question where it fit into the story because the series displays no specific continuation until the finale. It’s the type of series where they could even do a live action movie or series and still have it fall into the canon of the anime.

I wanted to do something non jojo, and Dandy won the voting poll :) Space Dandy was great bc Dandy fell in love with a 4D Character. Dude is 2D and went up by 2 dimensions. A role model!

Aim higher in love, everyone!

Yamper, of course who doesn’t love a Corgi

Glameow, someone to bond with his crew member Meow and she adorable

Tsareena, powerful lady Pokemon to push Dandy around when I’m not there. 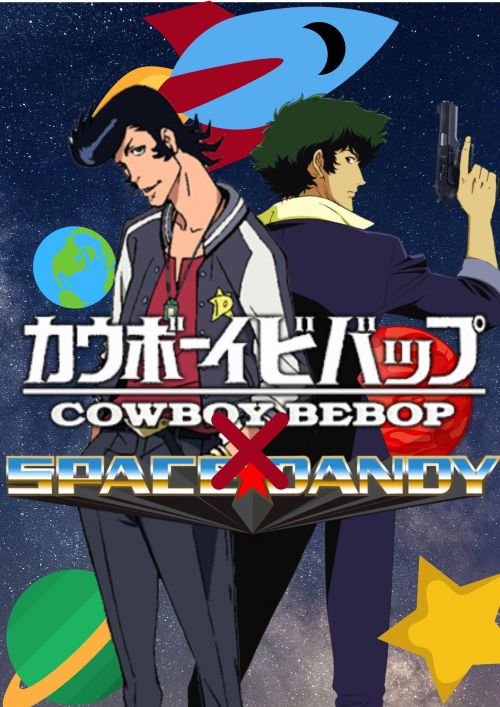 Following off the anon ask I just answered, here are 5 more fictional characters I love:

Lucy Steele is many things, all of them pretty damn impressive in my opinion. Brave, smart, kind, loyal, and thoughtful are just some that come to mind. She has one of the most interesting and emotionally close friendships with her husband, Steven Steele, who treats her as a close, trusted confidant and friend rather than as a wife, given their age difference, and is willing to risk her own personal safety for the sake of Stephen, her friends, and tries her best to help all those who need it when she has the opportunity to do so. She goes through a whole lot of effed up shit and despite not having any special abilities for a lot of the story, she never stops trying her best to do the right thing and persevere regardless of what life throws at her. She also seems to be rather anxious, maybe even having an anxiety disorder, perhaps (just my opinion,) but even in spite of the fear she feels, she goes on and does what she feels she has to do anyways, which to me is pretty damn inspirational. Overall, Lucy Steele is one of my favorite Jojo characters and one of my favorite female characters as well, and she’s a great example of a woman being strong without being physically gifted or knowing how to fight.

Mountain Tim is about as solid as it gets as far as solid dudes go: He’s brave, resourceful, kind, treats animals well (especially horses,) and has a genuinely warm, friendly personality. He handles rejection well, respects women, and has a very interesting stand. For not showing up all that much considering the length of Steel Ball Run, he managed to leave more of an impression on me than any of the other side characters in Steel Ball Run (and more than many of the other side characters in other parts of Jojo as well,) and just seems like the kind of guy who would be fun to hang out with. He’s also willing to put himself in danger when need be for the sake of his friends and refuses to betray them for anyone or anything. Also his cowboy hat is cool as hell.

Kiroranke is perhaps one of the more mysterious, eccentric characters in Golden Kamuy, which is saying something given what Golden Kamuy is like. Besides giving helpful information about the Ainu, one of the most well-known groups of people native to Japan (sidenote: I’m not an expert, I’m just a history student so if you want in-depth information about the Ainu, ask someone else), Kiroranke is also one of the best fighters in Golden Kamuy and knows how to make bombs, which is always fun because I like characters who know how to make things blow up. He’s clever, cunning, and rather blunt, with a laid-back, easygoing nature that I vibe with, and I admire his determination to protect his people and their culture and way of life without being overly nationalistic or showing racism towards any other groups of people as well as his knowledge of how to survive in the wild and his respect for nature. His friendship with Sofia is also one of the more interesting subplots in Golden Kamuy in my opinion, and I also like his friendship with Shiraishi and the way he’s like an uncle to Asirpa.

Space Dandy, who’s literally named after the title of the show, is crazy, goofy, girl-crazy, entertainingly dramatic, and fun-he’s a main part of what makes Space Dandy such an enjoyable show and one of my favorite series of all time. He’s silly and wacky and gets into all sorts of bizarre adventures for the weirdest reasons, which is incredibly valid. He’s laid back and chill most of the time, but he can also be a large ham at the most unexpected moments, which is a vibe I respect. I also like how he looks like some bizarre mashup hybrid of Elvis Presley, Josuke, and Johnny Bravo and it also certainly helps that in the english version of the anime he’s voiced by Ian Sinclair. His aesthetic and vibe are right up my alley and I will always stan Space Dandy (the show and the character.)

Saw Paing is possibly hands-down one of the absolute craziest motherfuckers in anime, or possibly in anything ever. He yells so loud he doesn’t need a microphone, and that’s instead of talking normally, not in addition to talking normally. However, he also enjoys karaoke in his free time, during which he sings in a soft, melodic voice. He fights using a style of martial arts that 1) Barely makes any sense and 2) I’m not even sure if it exists in real life. He also has a skull that’s literally hard enough to withstand a blow from a hammer and his strongest fighting move is a headbutt. He runs into one of his own fights screaming at the top of his lungs before the announcer can even finish introducing him, is from Burma and is insanely patriotic about Japan, and has a skeleton that’s about as hard as metal (or so it’s described to be that way in series.) This dude is absolutely nuttier than a trail mix factory and I stan him.

Check out this video I made on a coworkers channel about Space Dandy! I go over a lot of points I liked about the show, my favorite episodes, and it’s general reception.

#space dandy, #video, #editing took me 3 dYz but i enjoyed it
10 notes · See All
awesome-voice-actorsPhoto 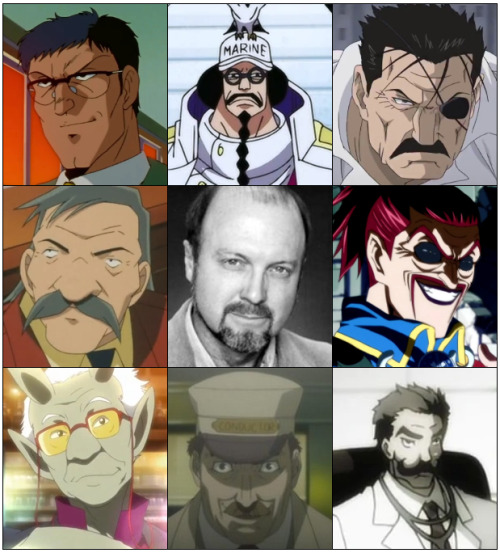 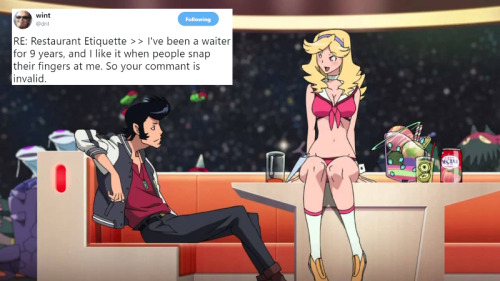 space dandy is a dandy guy in space 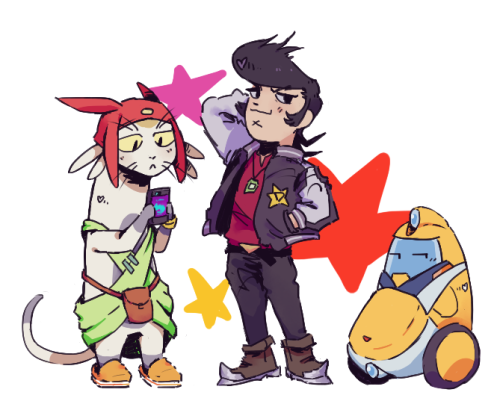 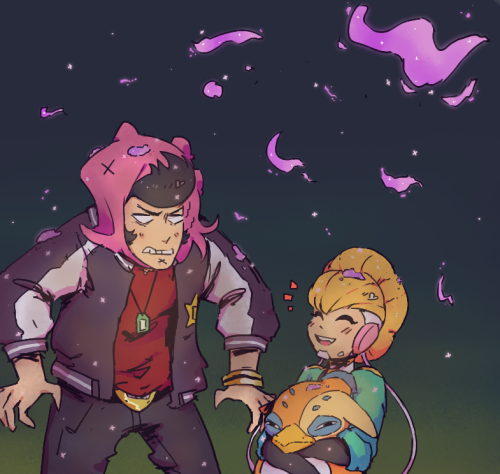 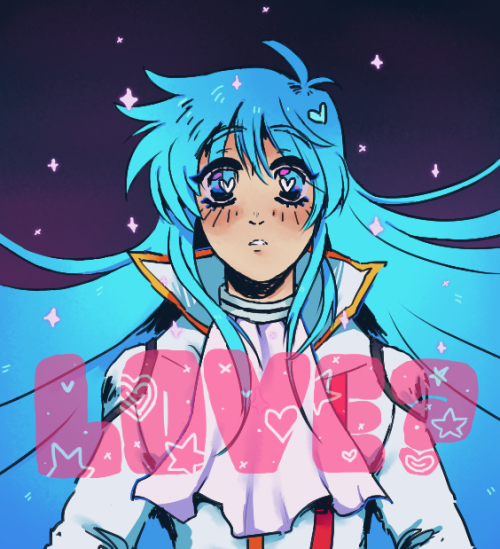 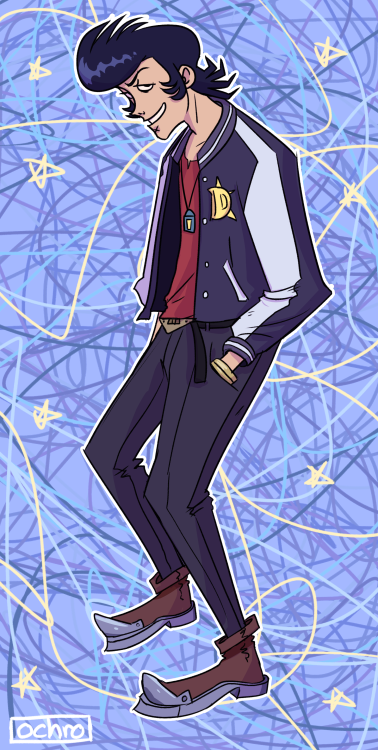 #Just a dandy pineapple in space, #He's so pretty and I love him
2 notes · See All
pinafclPhoto 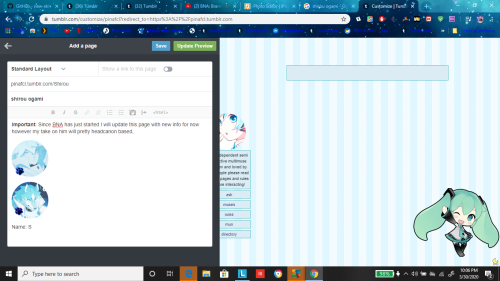 #Just a dandy pineapple in space
0 notes · See All
pinafclText

(( Also if anyone is taking icon request right now if someone could make me some more Shirou icons that’d be great ;v; and thanks in advance! ))