I don’t know why this one gave me so much trouble, but it did.

Peter Parker gets abandoned by The Avengers.

Angst! Whump! Short and to the point. XD

Remember that time Gwen Stacy campaigned for a white supremacist

So okay, this is a trip because I see no Gwen Stacy 616 fans ever mention this. They often purify her character and forget that she had real flaws such as being hysterical and very short sighted when in duress. And this was one of those examples…

For context, George Stacy just died in a battle between Doc Ock and Spider-Man. Doc Ock lost control of his arms and knocked over a chimney. George Stacy saw a child about to get struck with the rubble and rescued said child but got smashed underneath it. And before you say something like it being Spider-Man’s fault, Peter used a special webbing to jam Doc’s arm connection to his brain so the arms that were jammed started becoming hostile. All Doc had to do was take off the harness and admit defeat. He chose to use the arms that weren’t jammed to fight against the insubordinate arms thus leading to his devices knocking over the chimney and killing George. So no, Doc Ock killed George Stacy.

Anyways, you are probably reading the above panels and thought to yourself, just because he hates liberals and anarchists doesn’t mean he is a white supremacist. Well, the token black man has words to say about Sam Bullit.

It’s hilarious that Gwen was so mad and hateful of Spider-Man that she supported a Fascist in spite of having a Jewish boyfriend.

Which releases are you looking forward to going back to theaters for this time next year? 🍿 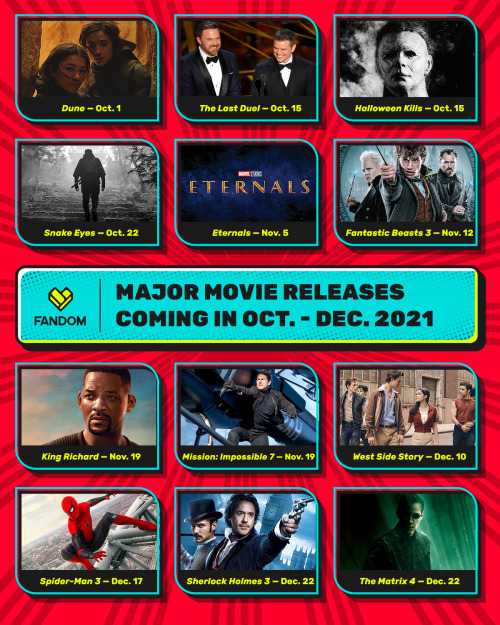 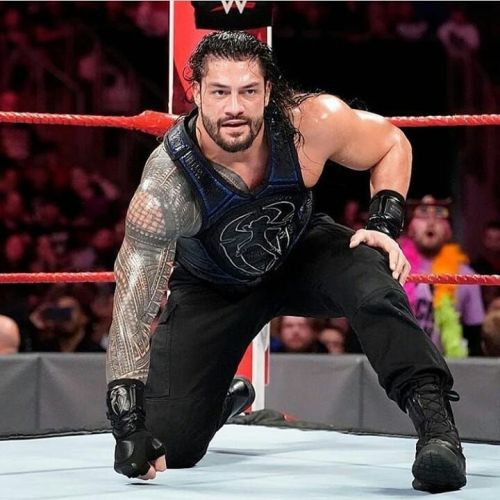 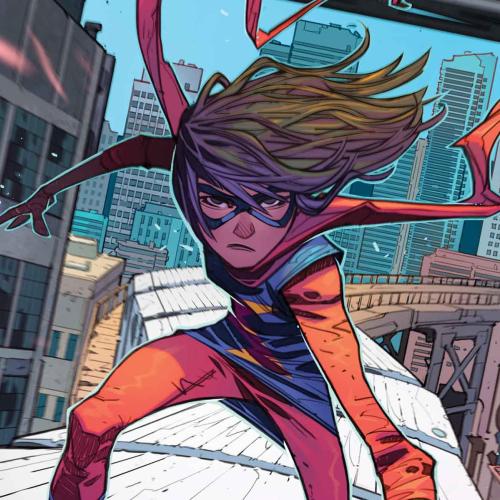 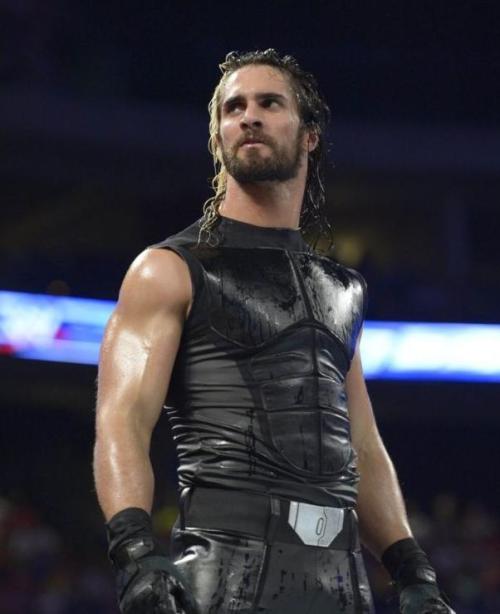 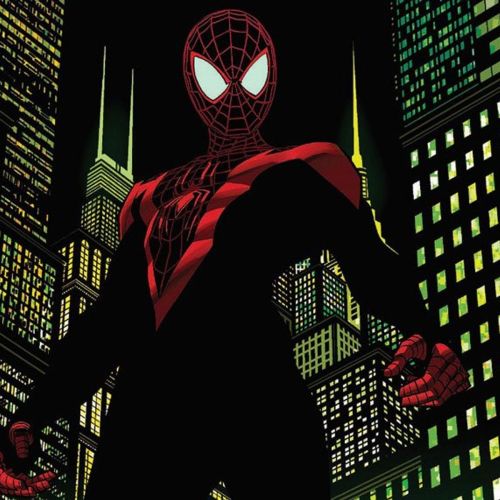 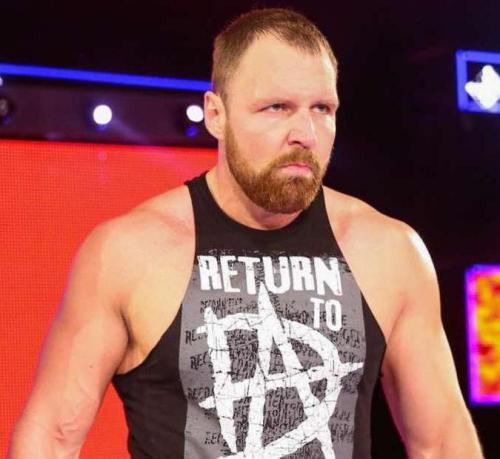 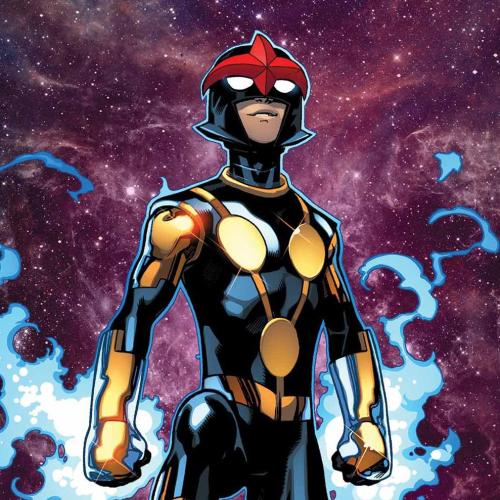 Hey y'all, got this chapter out a bit sooner than the last one!

For those who read the light novels of SAO this chapter will be kinda familiar, for those who have only watched the anime, this is the town where Kirito ran to after leaving Klein in Episode 1, and the quest where he got his Anneal Blade we see in the series.

Also, while I make no promises that it will make it into the story, I am open to suggestions on what kind of adventures or shenanigans you would like to see the boys get up to in SAO. As I’ve mentioned previously I don’t really intend to get the boys mixed up too much in the main canon, so if there’s an aspect of the SAO world in general you’d like to see explored outside of the main battles and Kirito’s storyline I’m open to considering it. I’m also ok with interactions with known characters, just trying to avoid writing the whole Kirito centric Aincrad arc.

Peter fell back again, the post motion-delay that set in for a measly few seconds was nevertheless a highly vulnerable moment that he and Mr. Stark had figured out a work around for early on in their trek. The boars from Day 1 had been easy one hit kills, so they hadn’t noticed the system forced post-motion cool down period until they had been fighting on the road the next day. Their tag-team approach served them well, and best that Peter could tell from when they came upon other players in the wild, most of the rest had come to the same conclusion that they had. Because of that, it was unusual these days to find someone soloing in the pvp areas by choice.

Mr. Stark switched in with a strong horizontal slash, bringing the Little Nepenthe’s HP down to zero.

“You know, I was never one for plants anyway, but after this quest I swear to god I will never put a single point into the gardening skill,” said Mr. Stark as he sheathed his sword.

“I still expect you to eat your greens, kid.”

“It’s a tragedy, I tell you. Here we are, trapped in a fantasy game and every meal is still served with vegetables.”

Tony pulls his eyebrows together as he stares at the text from the unknown number. “How did that person get my number?”

“I did that as soon as you got the message.”

“I could not find out anything about that person.”

I hope you’re in the mood for a scavenger hunt.

“This is clearly some kind of security breach. Like the private elevator.”

“I am certain that this person is not a SHIELD agent who could hack into your elevator.”

“Well, they are clearly good enough to somehow get my private phone number, so-”

A picture appears on Tony’s screen and he immediately forgets what he was talking about, all his thoughts coming to a screeching stop as the blood in his veins turns to ice.

The picture shows Peter lying in a coffin in a freshly dug grave; eyes closed, looking like he’s dead.

Tony is 89% sure he’s about to throw up. That is if he could actually get his body to move.

A new message pops up underneath the picture.

Let’s see how long he will last with the oxygen that is left.

The urge to throw the phone against the nearest wall, to see it get smashed into tiny pieces, simply for showing him that absolutely abominable picture, is almost overwhelmingly strong. The only reason he doesn’t follow that urge is because he needs that picture to find Peter.

“Find him,” Tony orders before even thinking about it, his heart beating painfully in his chest as his insides twist in agony. “Find him right now.”

“Mr. Parker’s phone is located in his home in Queens.”

“His watch,” he says, taking another look at the picture even though he wants to burn it out of his mind, never even glancing at it again. “He still has his watch.”

Tony is aware that this is most likely a trap. If someone is good enough to get access to his private phone number and takes the time to put Peter’s phone away, they wouldn’t overlook the watch. Especially if it looks exactly like the ones Stark Industries is about to put on the market next month – something Tony decided to do so everyone would simply think it to be a normal StarkWatch and not a special one that allows Tony to track him, get a read of his vitals, and keep him safe.

The second it takes FRIDAY to get the information from Peter’s watch feel like an eternity. His mind that is providing him with all the possible worst-case-scenarios isn’t helping. As soon as he gets the location – and the reassurance that Peter is still alive, even though he’s most likely panicking if his heartrate is anything to go by – Tony calls one of his suit, already in the air and flying before the face pate can slide into place.

He doesn’t care if this is a trap. In fact, he kinda wants it to be, only to meet the person who’s behind all of this and test out his latest weapon on them.

Because nobody will put Peter in this much danger and walk away alive. Tony will make sure of it.

Once again, the few moments it takes Tony to get to Peter’s location feel like an eternity, and if it weren’t for Peter’s vitals that are pulled up on his HUD, Tony would probably lose his mind. FRIDAY points out the freshly dug grave and as soon as Tony lands with a loud bang, he shoots a beam at the dirt, just the right angle to blow away the dirt but not hit the coffin below.

To his simultaneous horror and relief, he actually sees a coffin. The coffin Peter is inside of. After shoveling enough earth away to open it, Tony immediately throws open the lid, his helmet retracting at the same time. “Peter?!”

Without saying a single word, Tony picks him up and flies them out of the shallow hole. Peter’s legs aren’t wobbly – his entire body is. Tony is seriously concerned that the boy might fall to the ground if he wouldn’t support him by having a very tight grip on his shoulders. “Are you okay?”

Peter knows that Tony knows, so he gives him half of a shaky smile. “I mean, I have all the oxygen I need again, so that’s cool.”

He gets interrupted by Peter’s sob. And like a switch has been flipped inside him, Peter leans forward (either to seek comfort or because he’s too weak, Tony can’t tell), slumping against his chest, eyes welling up again. “That was so scary,” he chokes out. “Like… really scary.”

“You’re safe now,” Tony says, pulling Peter against his chest and wrapping his arms around him, slightly rocking back and forth as all the tension and stress and horror leave Peter’s body, leaving him sobbing and clinging to Tony’s armor. He’s aware that he’ll most likely have a breakdown like this himself, but it has to wait after he made sure Peter is okay – and after he dealt with however was behind this. “I got you. You’re safe.” 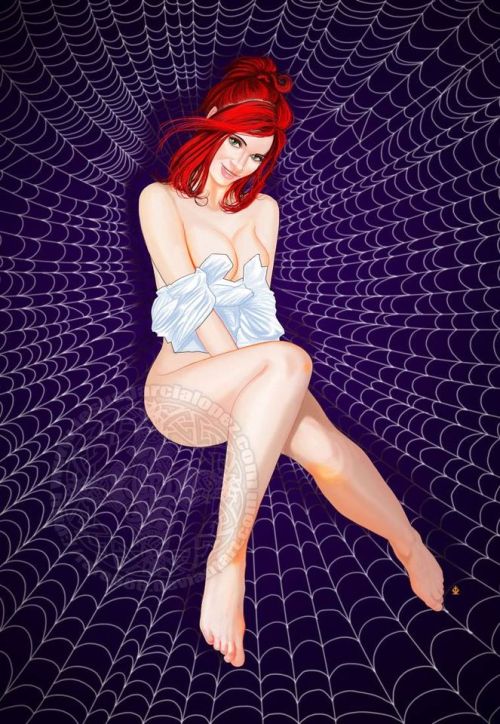 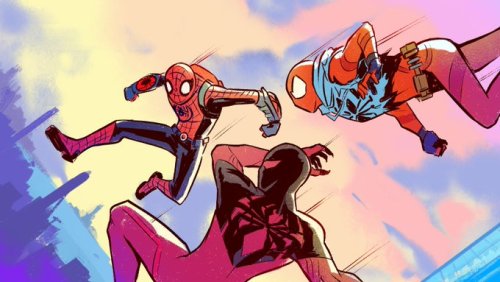 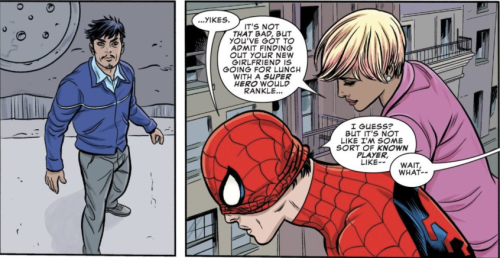 not to be that bitch but there truly is something about spideytorch and the developing relationship between spidey and johnny, johnny falling in love with peter without knowing his face, loving him completely without even knowing what he looks like, which completely contrasts johnny’s public persona that focuses so much on image and looks

#no one cares but i have lot of feelings about spideytorch ok, #spideytorch, #spider-man, #the human torch, #johnny storm, #peter parker
20 notes · See All
mattycroker1998Photo

Updated my commission info with some more recent arts!

It would be really nice if y’all gave this a quick reblog so loads of people can have a gander!! 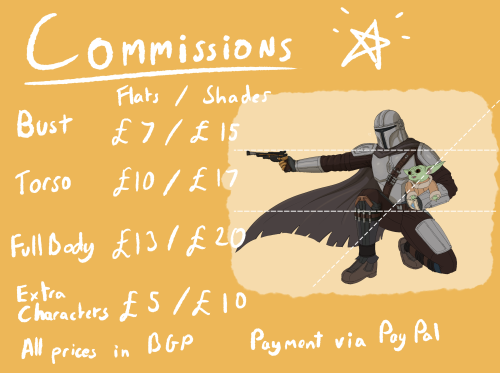 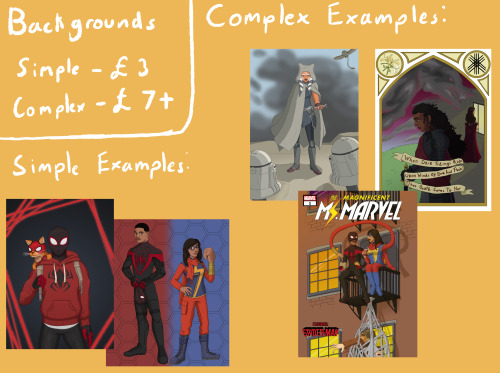 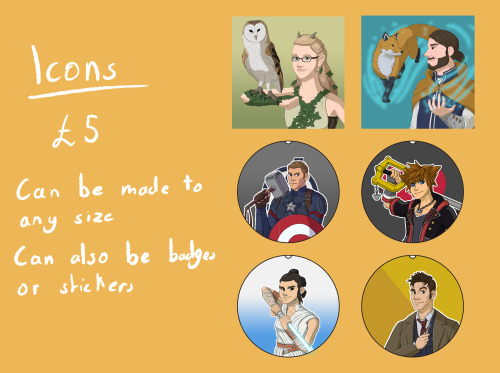 Spider-Man vs Venom by Joe Chiodo 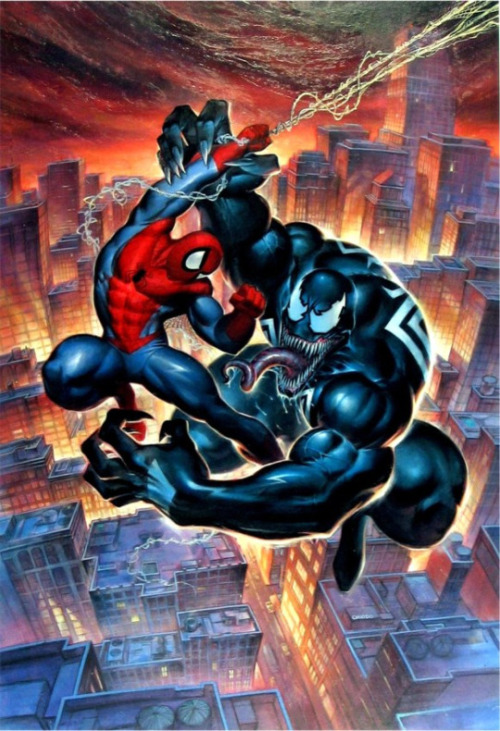 If you tolerate bad geeky content then this is the channel for you!

Marvel, Dc and more! Click the link above to check my channel out! It would mean a lot if you could at least glance at it. 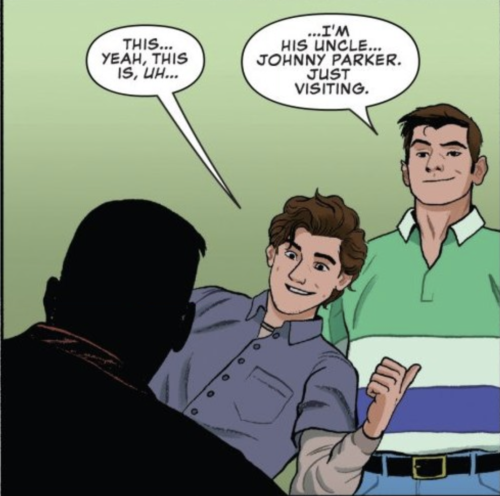 Can’t find it but awhile back I made a post how the Marvel fandom would be all over Ned and Flash from the Spider-man movies (fan accounts/fan fics the whole shabang), if they were skinny white boys…

I’d like to open that discussion up again. Adding this time how there is a lot of fan accounts and fan fiction about Tom Holland’s bff and his bros, but not for Jacob Batalon and Tony Revolori… who are you know… actually in the movies

#marvel, #mcu, #spider-man, #i’m not saying you racist...., #but you definitely have some biases against men of color, #this goes for sam wilson and war machine, #where’s their love and support??, #talking about the treatment of women/actresses in the MCU deserves its own post, #tom holland, #jacob batalon, #tony revolori
16 notes · See All
formidulosusdracoText

drawing spider-man is all fun and games until you show your friends your wips and they start screaming at you, betrayed, for not making him caked enough 😔

#talking tag, #spider-man, #i'm sorry luvs but if i make him any more caked it would detract from the rest of the piece 😔, #there's only so much ass a man can have before it throws off the line of action of his body
1 notes · See All
Next Page