Summary:The Avengers have killed more than thousands. Their leader Tony Stark, the Merchant of Death or better known as Iron Man is the most influential person in the world. He has eyes everywhere. They all have a reason for why they are the way they are, why they opened their eyes to the way that the world really was, why they decided to do something against it… Why they joined the Avengers, Avenging more than thousands, millions of people.

Peter Parker has seen too much for his age, too much than he would have ever liked to see. Everyday he is struggling to survive, to keep going.

He knows that one day he will fall, and when he falls he knows that he won’t be able to get back up. He doesn’t know when, maybe at home during one of his bonding times with Skip? or maybe on the streets as Spiderman? Or maybe by something worse?..

Peter Parker will fall, he knows he will…

What he could have never guessed is that someone would be there, waiting to catch him before he could hit the surface.

Hadn’t noticed this smile in Homecoming before so I paused it and now I’m feeling emo comparing this pure elation at getting to be Spider-Man with the burnout he felt in Far From Home. 🥺

Mj: [recording videos with Peter and Ned] I have no intention of being friends

Mj: [playing video games with them] You’re all just stepping stones to my success

Mj: [baking a cake for Peter’s birthday] Friends are a distraction

Mj: [in a group hug] disgusting

sm:ffh Peter, who looks like a puppy was just murdered in front of him: How do I know you’re real?

There is absolutely no reason Aunt May would see Peter trying on a Spider-Man costume and automatically think he is Spider-Man. We’re talking about a universe where superhero merch and costumes are readily available, and where, IN CANON, Peter has a history of dressing up as heroes, since he had the Iron Man mask and repulsors in IM2. If anything, it might have been a more excited “what the fuck!?” Like maybe they have a big Halloween costume contest each year and she’s expressing delight over his amazing costume he’s made! Or she could have been expressing her dismay over how much money he must have spent to buy such a nice costume, or over him changing with his door standing open (which might be a long running point of contention with her whole “put some clothes on” comment earlier), or who even knows what.

But I love this headcanon of Peter being such an awful liar that he outs himself right then and there with his awful bullshit excuses he tries to give, while May just stand there with crossed arms and an unimpressed expression. And then his realisation that she meant something entirely different, but it’s too late and he’s done given himself away.

“We had a fake funeral for her. Well, the funeral was real because I thought she was dead. Do you wanna see the video?” 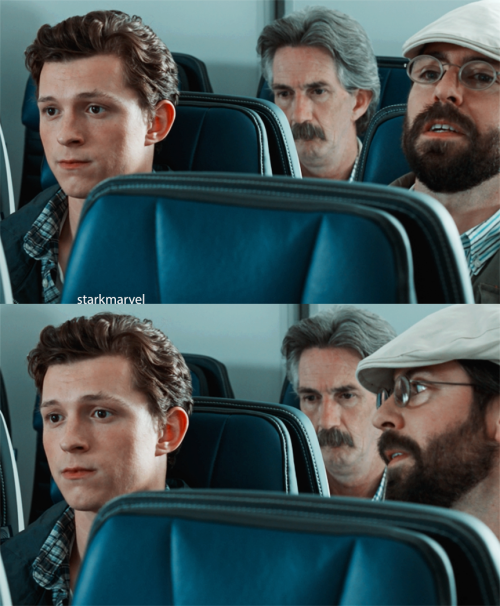 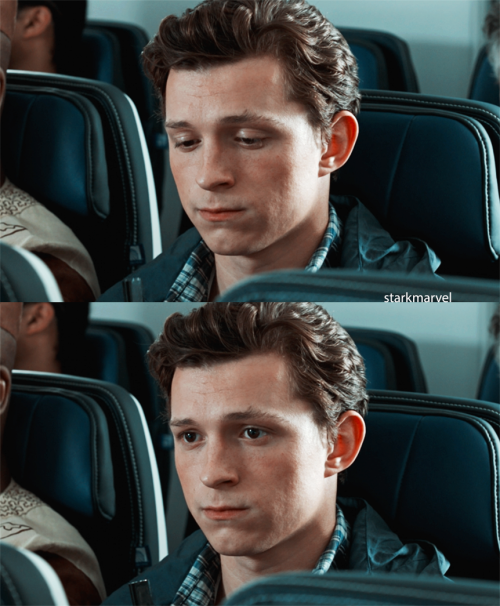 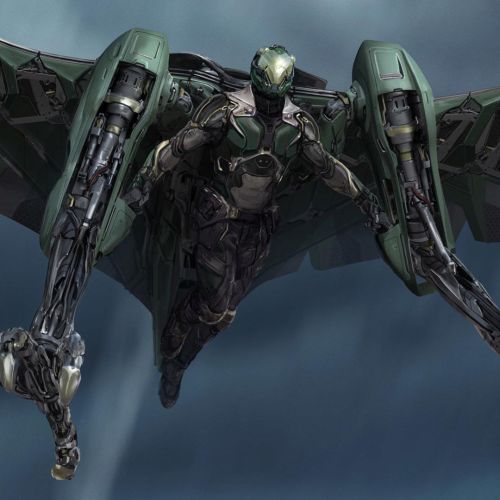 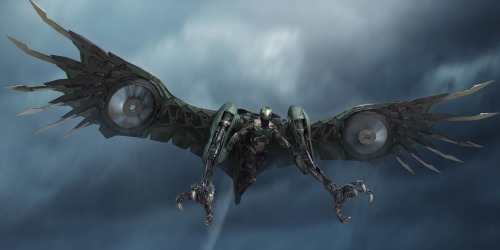 Finally, he does an interview with his shirt partially unbuttoned, a la’ Colin Farrell.

I assume Michael Keaton didn’t give permission for his face to be used in things like this.  He hasn’t since Batman Returns.

Summary: Peter knows he’s hurt badly enough that he can’t just slap a bunch of band-aids on his injuries, and especially the giant, still-oozing puncture wounds on his back and along his shoulders from the tips of Toomes’ wings. But it’s not like he can just stumble into an emergency room and ask to get stitched up. So where to go instead?

May would have a heart attack if she saw him right now, not to mention immediately figure out his secret. Ned would also definitely freak out, probably waking his parents in the process. Mr. Stark was an option, but Peter wasn’t about to bother him, not after how the man had made it crystal clear that he didn’t want anything to do with Peter ever again.

So no hospital, no May, no Ned, and no Mr. Stark just left… Happy.

Or: following his final fight with the Vulture, Peter is left grievously injured and in need of some serious help. Cue Happy to the rescue.

Link to read on AO3

Peter doesn’t know how he made it from the Coney Island Cyclone all the way to Avengers Tower. To be honest, the entire journey was a bit of a blur as his steadily bleeding injuries throbbed painfully in protest from all the web-slinging.

When his feet hit the landing pad of the Tower, Peter distantly wonders why he had decided to come here, of all places. Even through his foggy brain, he knows he’s hurt badly enough that he couldn’t just slap a band-aid on the many deep cuts, burns and bruises littering his whole body, especially the giant puncture wounds on his back and along his shoulders from the tips of Toomes’ wings. But then again, it’s not like he could just stumble into an emergency room and ask to get stitched up. At least, not wearing his original Spider-Man costume, which - though basically rags now - was still far too easily identifiable beneath all the stains and grime.

Peter: trust me, I know what I’m doing.

Tony: not even god knows what you’re doing honey.

Jamie Foxx is in talks to return as Electro from The Amazing Spider-Man 2 for MCU’s Spider-Man 3 film. 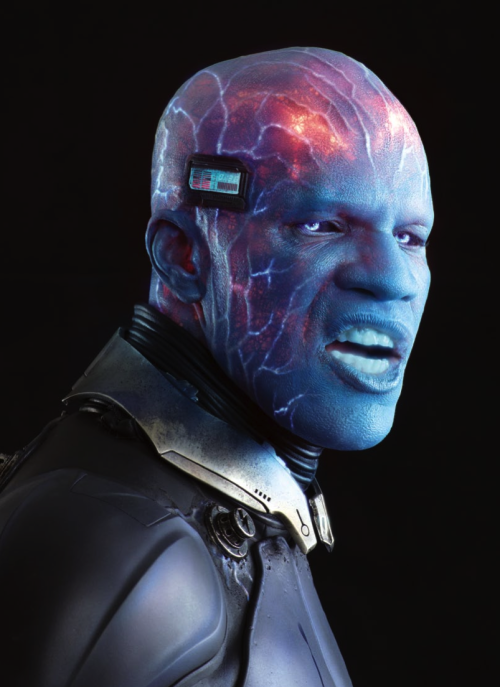