SOKOVIA RISING is a brand-new, literate, app-based Marvel/DC crossover RPG written by and created for longtime writers and passionate fans of Marvel and DC comics, movies, and media. Acceptances every Monday and Thursday!

When we sacrifice justice for safety, what do we lose? 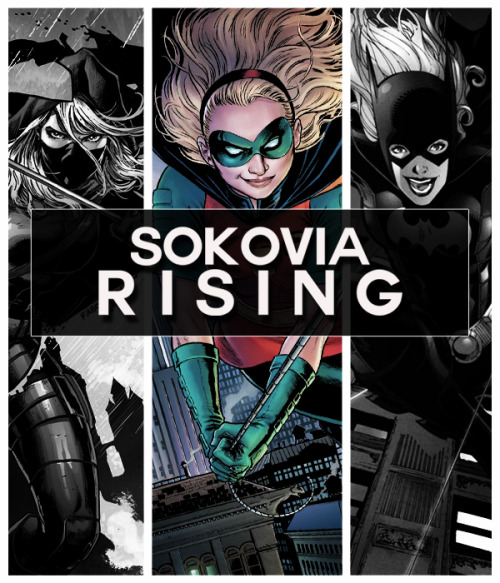 Stephanie Brown: [Looking around furtively] What the hell!

Stephanie Brown: Of course, what do you need? 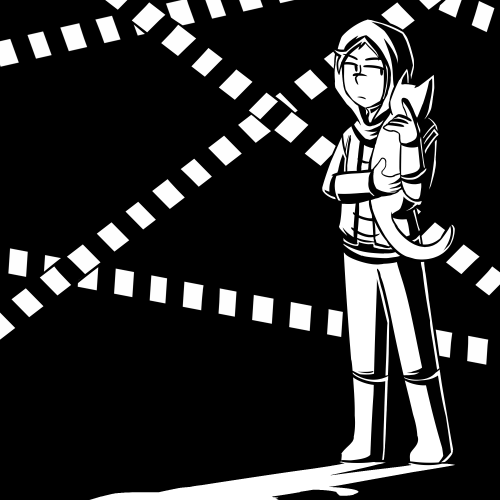 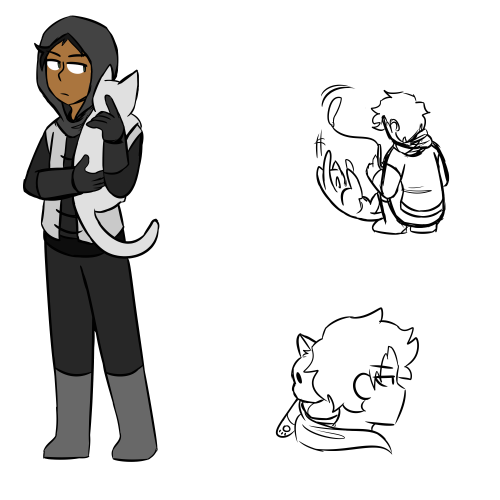 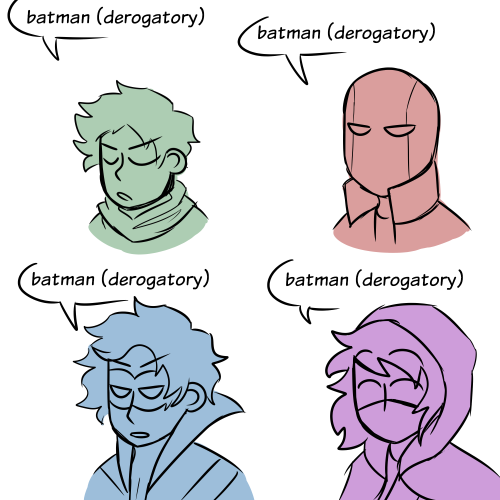 You didn’t specify characters, so…

Even after having just been pulled from the rubble, covered in dust, uniforms ripped and bloodied, they both managed to glare insolently up at him at the same time.

“We are not injured,” Damian stressed, as though he were an idiot. Blinking rapidly. “And I certainly do not have a con – concussion.”

“Me neither,” Stephanie agreed, swaying on her feet. She exhaled sharply, pressing her hand to her forehead. “I’ve been in this game for as long as any of you, and my mom’s a nurse, B-man. I do know how to tell real cuts from super – super –”

“Superficial. Yeah, that’s it. Superficial ones.”

Dick folded his arms across his chest and sighed.

“I’ll still say it again. You two cannot go home and just ‘sleep this off.’ Whether you turn out not to have concussions or not, you really should have Alfred look at both of you.”

“I’m fine,” they both snapped in unison.

“Yeah,” Steph chimed in, far too jovial, “and Black Mask’s basement makes even the worst fire look like a little marshmallow roast. Y’know, like what Girl Scouts have. That’s what the blaze that took down that – that apartment building looks like, compared to that.”

Gritting his teeth, Dick opened his mouth to snap back at both of them.

But he brought himself up short.

Their too-casual reminders of Ra’s, of Sionis, made him shiver beneath the heavy armor, made him swallow a little harder. They seemed so small and thin beneath their heavy shrouds of ripped capes, as Steph clutched her bleeding shoulder and Damian scuffed his boot along the asphalt.

He took a long breath.

When he spoke again, he forced his tone to a softer, less harsh timbre.

“You two won’t fight very efficiently if you have anything physical lingering from tonight. And I won’t sleep well if that’s a possibility.”

Stephanie softened, just a little, the tightness of her shoulders easing. Damian still drew back, scoffing.

“That’s ridiculous. I am the pinnacle of achievement. I am never not efficient.” He paused as Steph audibly stifled a snicker at him. “I refuse to end patrol so early. It’s insulting.”

Dick drew back, smiling dryly. He kept his tone light.

“Well, you’re coming home with me whether you like it or not. Batgirl, take the passenger’s seat.”

Brightening, Steph bounded towards the Batmobile while Damian instantly started to whine, perfectly reminiscent of his age, shuffling forward.

“I’m putting you in the back because I trust you not to fall asleep there.”

“Oh. Well.” The boy puffed up a bit, his sullenness falling away. “That’s fair, I suppose.”

They climbed into their seats while Dick made to call Alfred, to call Babs, to let them know they were coming. Leaning against the window, Steph yawned, scrunching her nose. Damian struggled with his seatbelt buckle.

Glancing at them, Dick resisted the urge to reach over, to touch their cheeks, to put his hands over their own. To him, they looked so much younger than they thought they were.

#stephanie brown, #damian wayne, #dick grayson, #batgirl, #robin, #batman, #i need more fic about these three, #and i'll cross-post this and any others to ao3 later, #asks tag
6 notes · See All
out-of-context-batfamText

#RIGHT... THATS WHY YOU PUT THE BREATHING MASK ON HIS FACE... BECAUSE YOU THINK HES DEAD, #YOU DONT NEED TO TAKE THE HIPPOCRATIC OATH TO HAVE MORALS BRUCE, #YOU ARE JUST SAYING THAT LAST BIT IN CASE YOU ACCIDENTALLY KILL HIM... THAT WAY YOU DONT VIOLATE YOUR ONE RULE, #STEPH WAS AN ENTIRE MOOD IN THIS ISSUE, #dc comics, #batfam, #batfamily, #out of context, #green arrow, #batman, #bruce wayne, #spoiler, #stephanie brown, #oliver queen, #funny, #dammit bruce, #this is messed up, #are we sure he is a good guy?, #Steph is a mood
91 notes · See All
our-happygirl500-fanText

Oh you need help? Is the city on fire?

No? Oh what a shame wish I could help…

Steph is sunbathing outside Mount Justice have a great time on the beach and enjoying having friends.

#dc, #tuesday spoilers, #wednesday spoilers, #tim drake, #stephanie brown, #dick tells them later about how they all got beat up by hush and thrown in the back of a van, #and tim and steph are like lol that sounds grim, #sucks to be you bud
16 notes · See All
incoherentbabblingsAnswer

Steph I think leans a little heavier, she’s got those Nirvana shirts and John Constantine’s band Mucous Membrane shirts too. And thinking of the folk she hung out with pre-Flashpoint, she seems like the kind of person who wears a lot pink and is pretty bubbly and yet enjoys punk and heavy rock. Bring Me to the Horizon, Bullet for My Valentine…stuff like that?

A couple of us have been flinging songs at each other over the past year as I was hoping to get a Spotify playlist up of TimSteph esque songs. It’s still a WIP but hey! It won’t be made up of Tim and Steph’s music tastes sadly, but there a few where I’m like THEM

#timsteph, #tim drake, #stephanie brown, #dc, #ask and i'll babble, #can you imagine the racket their respective hideouts are like?, #Anonymous
10 notes · See All
whump-prompts-for-repressed-gaysText

We continue the batfamily series of injuries

Dick is way less angsty than his brothers, he’s just kind of a clown sometimes 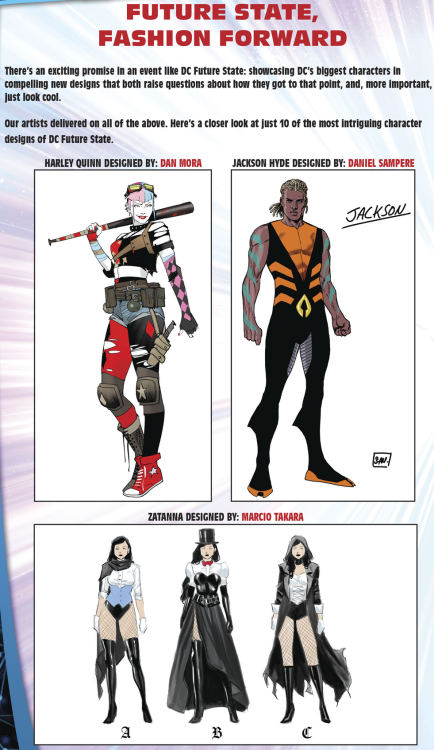 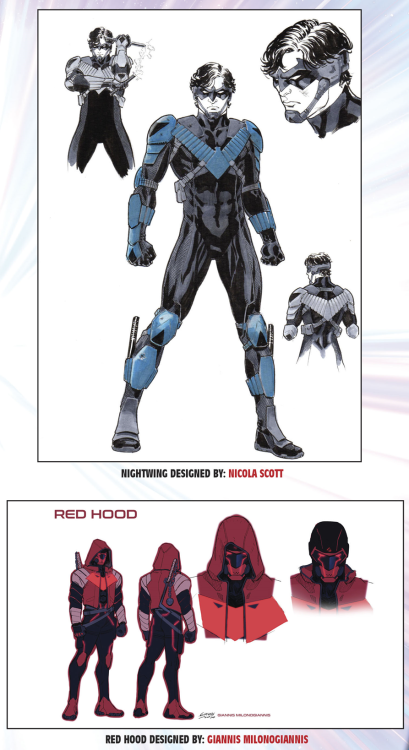 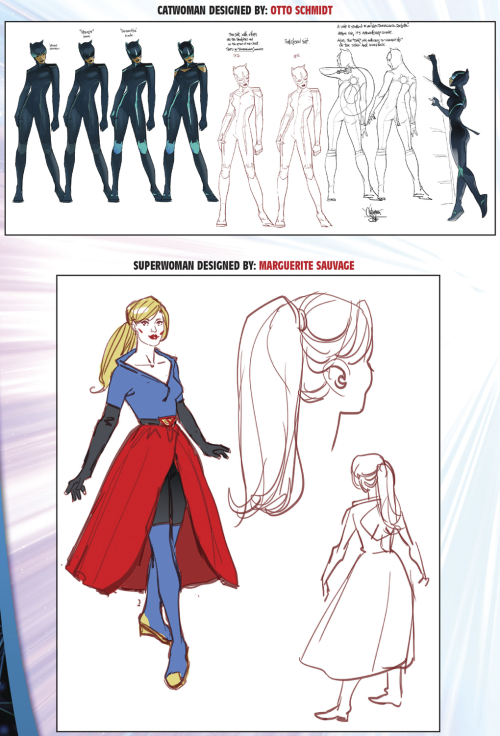 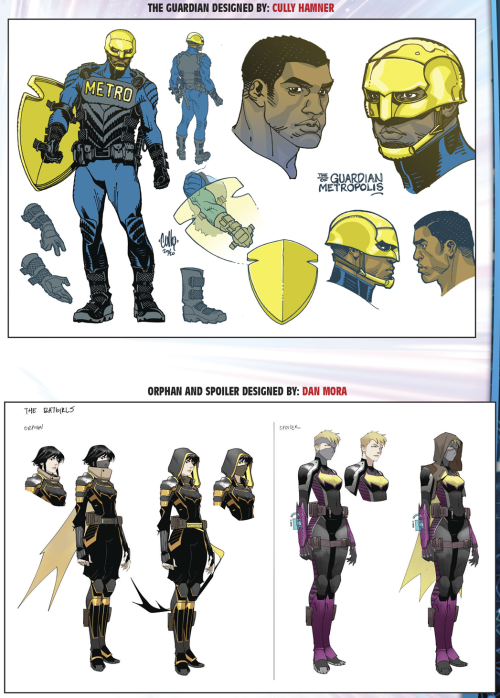 #stephanie brown, #cassandra cain, #harper row, #entering the tags because i genuinely want to know and idk who is caught up these days, #thanks <3
37 notes · See All
nightwingmcqueenText

Tim: Hey do you think I could fit 15 marshmallows in my mouth

Damian: What’s wrong with you you’re a hazard to humanity

I know I’ve said this before but I really don’t get the trend fics have of having Barbara be Oracle but Steph’s Spoiler & Cass is Black Bat like why can’t Cass or Steph be Batgirl?

The kids after being left alone in the manor:

Steph arriving at the Wayne Gala as dramatically as possible:

Damian, when asked what it’s like to live in the manor:

Tim, after being told he’s had too much coffee:

Steph, on her first mission:

Bruce, reading a news article about robin getting in trouble: “Who did it?”

Barbara to all of them at any given time:

Tim in the manor:

Jason, after being asked “weren’t you dead?” for the 10th time:

All of them trying to fit in the bat mobile:

I’ve seen a few ArtBreeder edits floating around, and thought to myself ‘well, heck, self, why don’t we take a stab at it?’ 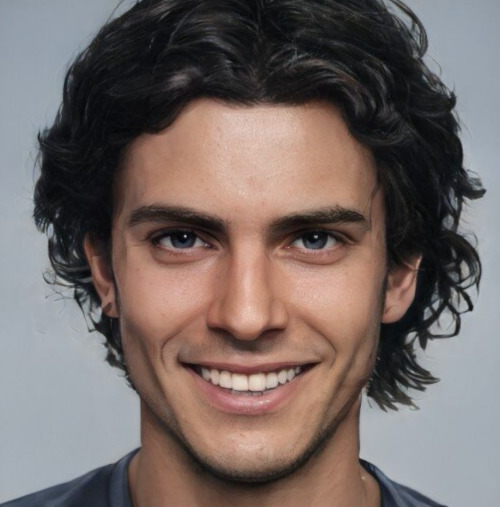 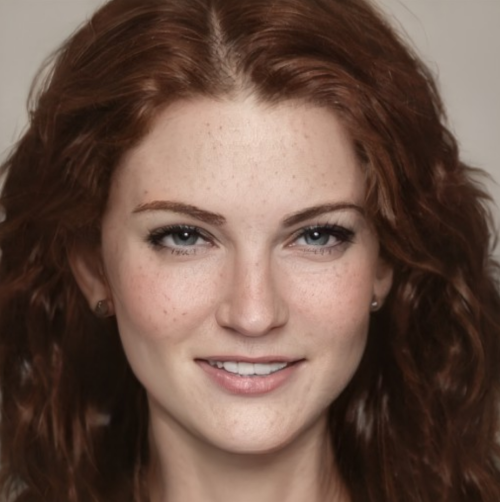 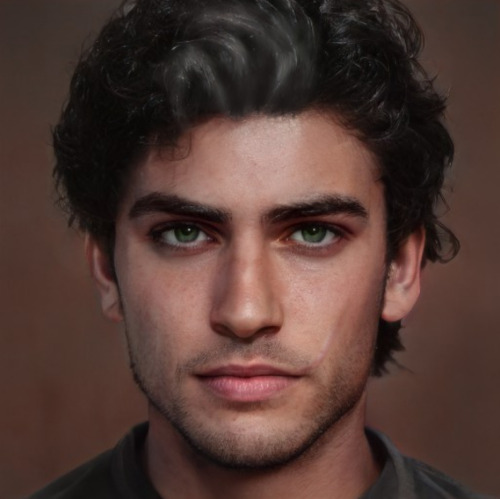 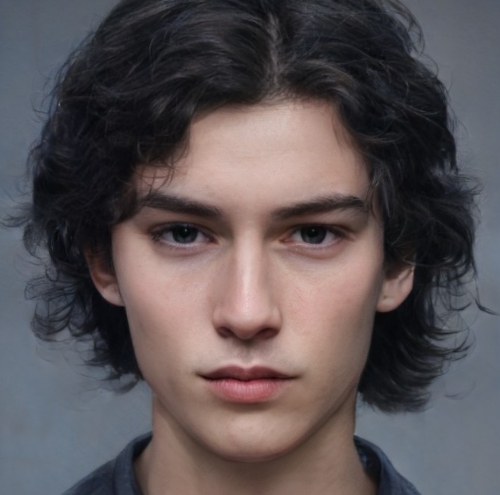 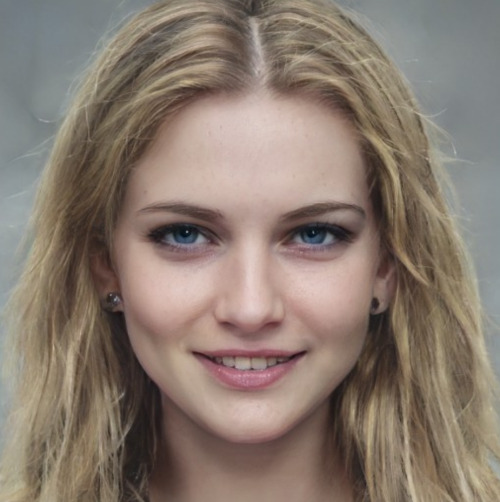 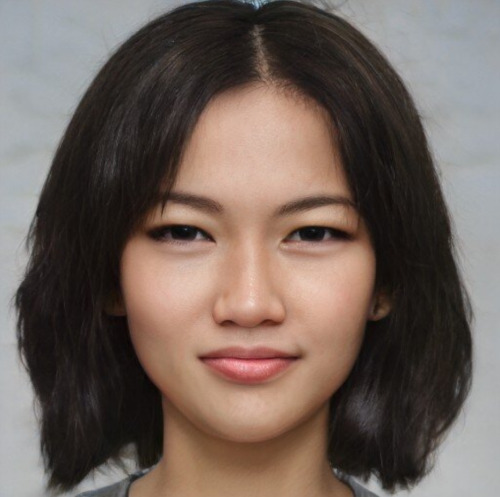 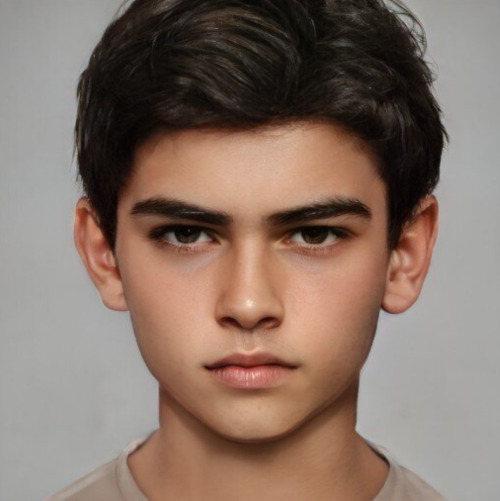 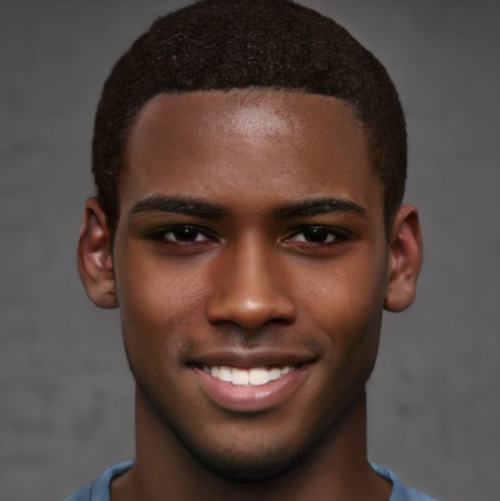