Tony: Peter, Harley, settle a little tiff that Stephen and I are having

Stephen: let’s be honest, Tony, it’s not a tiff it’s a row

Tony: and now it’s a scene

Kyra and Stephen were sleeping over at the compound. They’d been chasing after a source they’d found using Tony’s tracker. It had been a malevolent one, so Dr. Strange and IronChantress had drawn it away from New York, de-powered it, and handed over the guy to local authorities.

“You know who it is.” Tony’s voice disturbed Kyra awake, and she turned over to grab her phone before Stephen could wake.

BM in Japan. Kid coming over.

“Your priorities are fascinating.”

Kyra put away her phone and turned back to face Stephen.

“I didn’t want to disturb you,” she pecked him. “So what’s the plan today? Not sleeping in, apparently.”

Stephen smiled, then turned to lay on his back.

“I have classes at Kamar Taj. Then I have lectures at two. Need to turn in grades by 8pm today…”

“You have…” Kyra checked her bare wrist, “Eleven hours,” she looked up at him.

“I can spare one…” Stephen turned over to grab her.

“…or two.” Kyra cuddled closer and kissed him.

Stephen had barely rolled over when FRIDAY interrupted them.

“Spider-Man, now entering Avengers HQ,” she announced, showing a holographic video of Peter Parker looking around like a lost puppy.

Stephen sighed in her neck as Kyra laughed.

“I’ll get breakfast on,” she pushed him off and went to the bathroom.

When she got downstairs, Stephen was already in the kitchen, serving omelettes.

“Breakfast is served.” Stephen winked at her.

“Morning, Pete.” Kyra ruffled his hair as she passed behind him.

“Oh, Mr. Stark made me a training module. So I’m gonna run it today. Then I’ve got homework from school. God! Mrs…” Peter started complaining about his English teacher, but somehow ended with Ned in P.E.

Stephen shared a look with Kyra that said God! This Kid!

“What’re you two gonna do?”

“I… have lectures. Then I have to catch up on my grading.”

“Right! You’re a professor. At Columbia.”

Peter finished breakfast and ran to the training room, before coming back for his backpack.

Krya burst out laughing as Stephen stared after the kid.

After breakfast, Stephen returned to Kamar Taj, and Kyra went to work at the labs. She was collaborating with Dr. Cho to find neurological cures.

Sometime later, she video called her family in Wakanda. James as always, was super excited to show her around. Kyra went by Peter’s room when James was showing her Shuri’s lab. Kyra turned the screen around, showing them Spider-Man at practice. Shuri was more impressed by the stickiness than the fighting, and before the conversation went long, Kyra gave Shuri’s number to Peter.

Two hours later, Kyra and Peter were in the living room when her phone alarm went off. Stephen’s lectures were about to start, and he still wasn’t back from Kamar Taj. Kyra abandoned Peter, apparating herself to Tibet. Peter had gone back to his room by the time a portal opened in the living room.

“…the deal is that we need money to afford that nice, magical building in the middle of Greenwich Village.”

Kyra was arguing with Stephen why his lectures were important. She pushed him towards the direction of their room and he whined as he left. Levi decided to stay with Kyra.

In the evening, Peter had finally come out of his room to get a snack. Before he could make it into the kitchen, he passed the living room, and found someone standing there.

"Um… hey, man! You looking for someone?”

The person didn’t reply, and Peter grew concerned. Even his spidey senses were on edge. Slowly and carefully, he approached the person.

“Hey. Mister?” Peter touched what he expected to be a shoulder, but only a scared, empty cloak turned around.

Peter screamed and jumped away.

Kyra and Stephen were in their room when they heard Peter scream. Dr. Strange portaled and Kyra apparated herself to the living room, finding it empty except for Stephen.

“Peter?” Kyra called for him.

They looked up to find Peter stuck to the ceiling.

“Th-th…there.” He pointed behind the sofa, which Stephen levitated away, to find the cloak.

Stephen laughed out loud, and Kyra joined him. Seeing the adults having a blast, Peter came down as Levi came around Strange.

“Pete, this is Levi, the cloak of levitation.” Kyra introduced.

“Jesus! He’s just a kid!” Stephen pried the collar away.

Levi reached for Peter’s hand and, after just one shake, was quickly enamored by the kid. It circled around Peter, then lifted him into the air, entertaining him.

“Y'know what? I think we’ve been cooped in too long. Let’s go out! How about Central Park?”

Kyra turned to Stephen with an expectant look, and Dr. Strange resisted only a little before giving in. He extended his fingers out and created a portal to Central Park.

“Isn’t it?” Kyra went through first, and Stephen followed her.

Peter hesitated, his spider senses tingling, before Levi wrapped around him and flew him through.

At Central Park, Kyra and Stephen strolled together while Peter hopped the trees next to them. Kyra had put up a spell so that the rest of New York couldn’t see him.

“Frosty! Look at this!” Peter called for Kyra a while in.

“Okay. Are you watching? This is gonna be sick!”

Peter made the first two trees, but the third tree had a nest in it, and the birds flew in his face making him lose his balance. As Peter fell, Kyra shot a snow ball, pushing him up into a portal. He came out closer to the ground, and Levi caught him before Peter could land face first.

Peter sat on the ground, sighing in relief.

Peter got up to join them, walking beside Kyra.

“Can we get something to eat?”

“Yeah, I guess. It’s past lunchtime. What do you wanna get?”

Peter dragged them to his favorite Mediterranean truck and they each ordered a plate to go.

Peter got his food first and started walking away as Kyra and Stephen waited for theirs. He hadn’t gone too far when he froze and quickly turned to catch a ball in his free hand.

“Hey, twink!” He looked behind him to see a jock running up.

“Think you wanna pass the ball back?”

The man was close enough that Peter could hand it to him.

He offered, only, the ball didn’t let go.

The man pulled the ball, yanking Peter with it. He grabbed Peter’s hand and tossed him to the ground, but the ball went with. Now the jock was really pissed.

“Give it back, jackass!”

He lifted Peter by his shirt, making the scared kid release the ball.

The man smiled and threw Peter to the ground and picked up the ball. As soon as he got up, he got sucker punched in the face. He checked his bleeding nose, and got up again, swinging.

Stephen grabbed his fist and punched him again. The jock didn’t take his losses well, and kept on fighting the Sorcerer Supreme. The fight would have continued, but Kyra and Peter held Stephen back. The other man smiled, thinking he was winning, and lifted his hand to swing, but was held back by park rangers.

“Next time, don’t pick on my kid!“ Stephen warned, and the police took the guy away.

The gathered crowd cheered as Stephen checked on Peter.

“Here’s your shawarma, big guy.” Kyra gave Peter his plate back and apparated them back to the compound.

They sat around the tv to watch a movie as Peter videoed Shuri and told her what happened.

“My kid?” Kyra asked Stephen as she sat down.

“What? At the moment, we’re responsible for him. Aren’t we?”

At night, Tony burst into the compound screaming, waking Kyra from her nap on the couch.

“Chantress!!” He called for Kyra, and she popped her head up over the sofa.

“What’s this?” He asked, thrusting his phone in her face.

There was a video titled Dr. Strange gives bully a taste of his own medicine, which had recorded everything from the guy hitting Peter, to the guy being taken away.

“You,” Tony pointed at her, “are not babysitting again. Where is he?”

“Will you relax? He’s with Stephen.” Kyra lead him to the lab where Stephen was helping Peter with his chemistry homework.

“See? He’s fine!” She said as they watched from the window.

“Fine. But this one’s mine. Get your own.” Tony suggested and walked into the lab.

Kyra watched from the window as Peter lit up when he saw his mentor. Stephen was watching them too and he smiled, before noticing Kyra at the window.

Harley: yeah, thought you’d want to stay in the lab all evening

Tony: you are the most thoughtful, caring, conniving little con-artist ever. You are not going out tonight.

Tony: you’re grounded. And I don’t fancy an early grave by letting you go behind Stephen’s back.

I’m certain this miscommunication happens with considerable frequency and I’m here for it.

5 times they almost fucked and one time they did

Me too Stephen … me too.

Stephen has a lot of adopted family members and I’ve been hinting at these relationships in older posts. 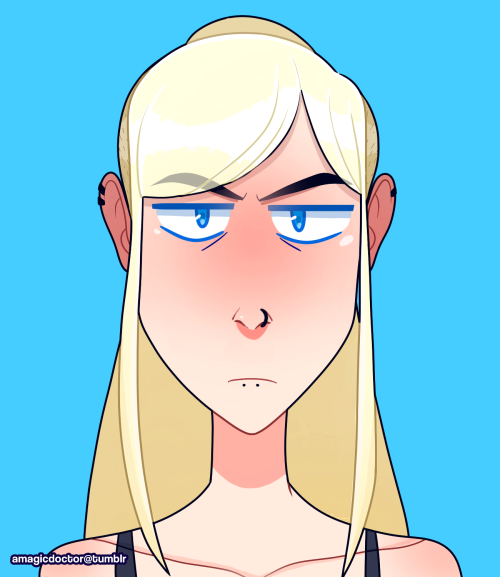 Song: Totally confused from the album A Western Harvest Field by Moonlight by Beck.

Summary: Doctor Strange tells you how he feels

A/N: A little angtsy. See here for what this is all about.

You’re walking through a harvest field by moonlight. You wanted to show Stephen that places could be beautiful and interesting, even if they weren’t bustling cities.

Interviewer: What’s the biggest lie you have ever heard in your life?

That they love me.

Stephen has a lot of adopted family members and I’ve been hinting at these relationships in older posts. 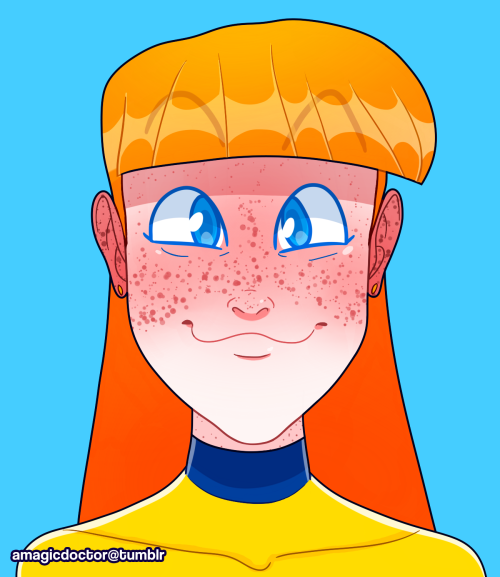 #amagicdoctor, #doctor strange, #Stephen Strange, #Patsy Walker, #Hellcat, #defenders, #Marvel Comics, #Earth 616, #stephen's strange family, #I always have a good time drawing her, #its been literal months since i last did, #the freckles are usually my favorite part but she just looks amazing in general, #im really proud of myself for this one
5 notes · See All
ironstrangeheadcanonsPhoto

They love to go to concerts, but don’t want to be recognized, so Stephen uses some magic to make them look differently. 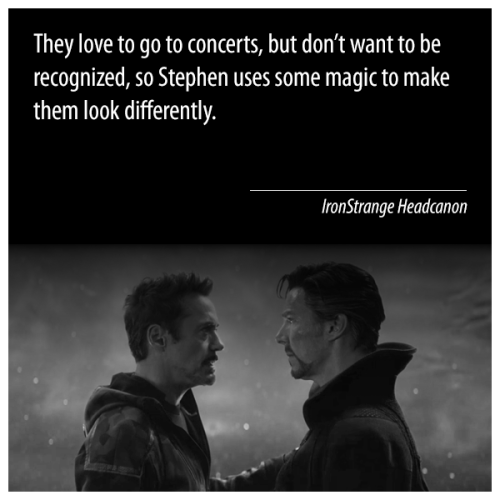 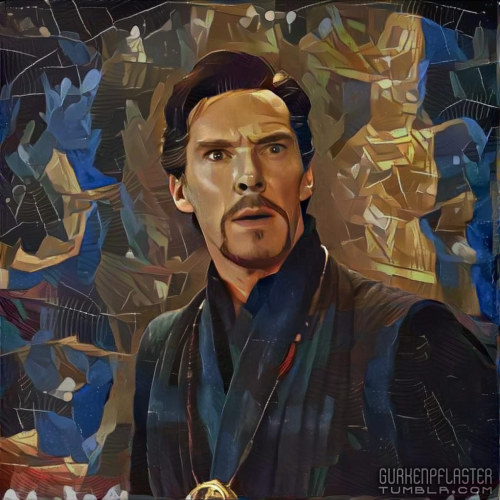 I use colours for children lol

Peter: Synonyms are weird because if you invite someone to your “cottage in the forest”, that sounds nice and cozy, but if I invite you to my “cabin in the woods”, you’re going to die.

Stephen: My favorite one is “butt dial” and “booty call”.

Tony: Also, “forgive me, father, I have sinned” vs “sorry daddy, I’ve been naughty”.

(Villain!)Stephen: you know as a child you’d watch cartoon Villains in love with their own reflection and you’d be like wtf? who does that? what an arrogant asshole?

(Villain!)Stephen, still talking to himself in the mirror: I understand now *blows kiss at his reflection*

Peter, nodding in the background while avoiding every mirror in the room: that’s self care, sis