oh my god im now laying in bed and rewatching 6.13 and david saying that patrick went to talk to the people that lived in the house that david thought was NICE and who does that? GOOD people, says stevie DOES THAT REMIND YOU OF SOMETHING?

i just need you to say nice person

I WILL PRETEND TO BE ANGERY BUT SECRETLY I’M GLAD MY CRUSH PAYS ATTENTION TO ME: An Autobiography by Imizu Tametomo

4 out of 5 times one of them doesn’t want to deal with the other one.

#these two, #idk how to feel about them, #captain rex, #anakin skywalker, #im tired, #clone wars, #starwars
144 notes · See All
thesheriffswifeAnswer
10. [thigh touch] - Your muse slides their hand slowly up my muse’s thigh, gazing at them the entire time to gauge their response.

Darkness filled the living room too quickly that evening, with only a single lamp that stayed lit in the corner.  A glass of red wine stood untouched on the coffee table opposite the love seat where Lori had been reading a book.  The Orchardist sat upon her lap, open to page 53, still a new read for the housewife, but so far, it was a book she couldn’t put down.

She’d been so engulfed in the book that she didn’t hear the front door, and she didn’t feel the seat alter beside her.  It was only until she’d felt her husband’s hand on her thigh that caused her eyes to shift in his direction.

Lori scooted a little, moving the book so it was easier for his hand, then actually stopped reading to look at him.  “Rick,” Lori murmured before she rested her head back against the couch to gaze into his gorgeous blue eyes.  That look, it always made her heart leap into her throat.  He’d been staring at her while his hand slid up and down her thigh.  She blushed, reaching down and placing her and atop his own.  Their eyes met with an intensity.  Instead of pushing him away, she grabbed his collar to pull him on top of her, lying backwards on the couch - kissing him deeply. 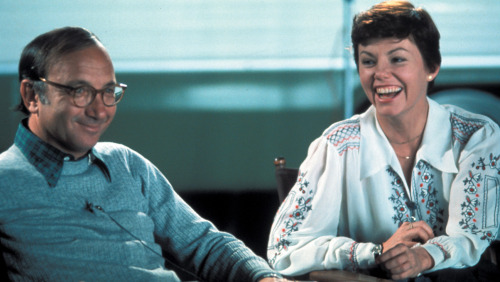 ARYA AND GENDRY WERE THE KING AND QUEEN WE DESERVED

Try to change my mind…I dare you 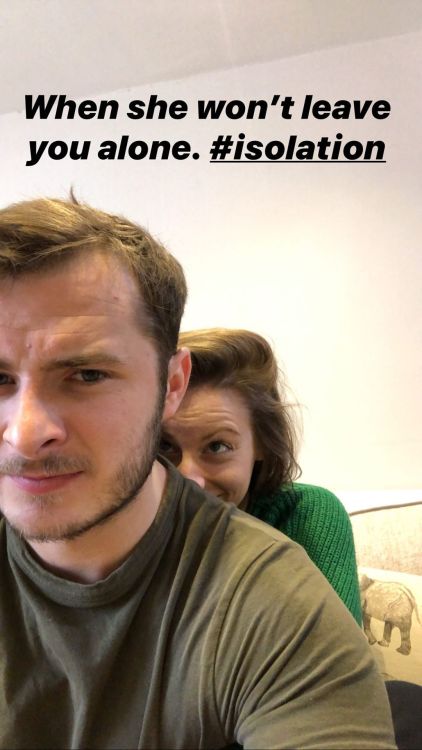 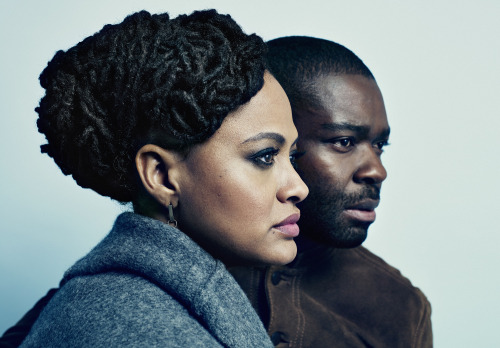 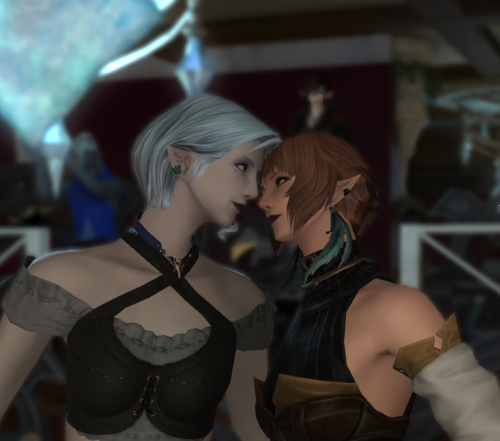 Omg! The Untamed/Grandmaster of Demonic Cultivation!!! I’M DYING!!!! IT’S SO GOOOOD! I can’t even deal!!!! They’re perfect! My heart ❤️

#the untamed, #the untamed series, #grandmaster of demonic cultivation, #lan wangji, #wei wuxuan, #these two, #they are perfect, #my heart
3 notes · See All
smokeylokiAnswer
“It’s late.  Shouldn’t you be asleep?” Dev and Atrophy :3

For your listening pleasure and the inspirational song for this prompt, I suggest one listen to “Someone Else’s Story”, from Chess in Concert.

She couldn’t sleep, which was a common enough occurrence.

Her body hung in a delicate balance between life and death, caught in an endless cycle of pain that she had caused by choice and now couldn’t end.  It was the curse of an experiment she had agreed to…all for what?  Recognition?  The self-satisfaction of knowing she was right?

Cecile propped herself up on the front step of the little condominium she had..ah..borrowed from its previous inhabitant.  Here she can look up at the India sky, trying to pick a few stars from the tatters of cloud and black patches of night that passed overhead.

Cecile turned her head to the doorway behind her, to the shadowy figure in long, colorful robes.  He would advance, step by careful step, ever so formal and stiff and deliberate in his every action…!

He would stop behind her, not quite sitting down, yet.  Though he acted like he didn’t really care, he was conscious of his own appearance and the state of his clothing.

Fire raced through her veins instead of blood.  It burned and itched in a way she could neither really describe nor relieve.

So she would shake her head.  She never really had a reason or a desire to lie to this man.

She had done it to herself…tried to give herself a power she was never meant to have.  She’d become the first Synthetic superhuman, with dire consequences.  A life of anguish in return for her attempts to reach godhood.

Ah…but despite the state of her heart, her mind..despite herself, he would only look at her with kindness.  Perhaps a touch of sadness, too.

“You should sleep, Dev,” Cecile would answer.  She would then curl herself a little tighter, tearing her gaze from him in hopes he would go back inside.

Instead, he would sit down beside her, the wooden porch step creaking under their combined weight.  And he would look at her with his great, flickering eyes..so old, set in such a young face..!

He would find her hand, covered in black gloves, and he would hold it in his brown, sunkissed ones.  His hands had wiped tears from the faces of orphans, helped them get dressed, served them meals, picked up their messes, carried sleeping children to bed…

…His hands dealt only kindness, and they were open to the weak and defenseless.

Did he think of her in that way?

It would take a moment, but Cecile would finally, slowly, give into his stubborn kindness.  She would rest her head on his chest, and they would search for stars together.  He wouldn’t touch her bare skin - if he touched her, her Synthetic abilities would cause him much pain - but he would hold her very gently, as if she were something easily broken.

Or perhaps as if she were something incredibly precious.

…If he were actually there, of course.

The fire burned in her veins, and its scorching heat made her skin warm and her vision cloudy.  She was propped up on the front stop of a little condominium she had borrowed from an absentee owner, the India sky over her head, and her body burned with the recurring fever that had plagued her ever since she agreed to become the world’s first Synth.

And she was utterly, entirely alone.

Cecile’s eyelids flickered dangerously.  Sleep, a troubled, hazy sleep, tugged at her senses.  It hardly offered peace, but it promised relief from the relentless pain, the throb of her head and the fire in her joints and the stabs that any light source made to her eyes.

It promised another feverish dream..one of love and care and gentleness she’d come to realize was never hers..could never be hers.

So she curled herself on the wooden railing, holding her head precariously in a cupped palm.  Cecile could dream…and were she capable of prayers, she would pray that Dev would return to her.

Even if he only ever would come in a dream.

#Cecile Derosa, #Dev Khanna, #these two, #these, #two, #fever, #fever dream, #sick fic, #writing, #my writing, #shared characters, #shared story, #I didn't know what to do with this, #but then I listened to this song on repeat and, #uh, #ta-da, #in case it isn't apparent, #She kinda had a fever dream of him and her being on the step together?, #Happy and in love??, #hahaha, #she's so alone
2 notes · See All
aslongasitsrealtoyouPhoto

when we were young \ ryan reynolds + nathan fillion 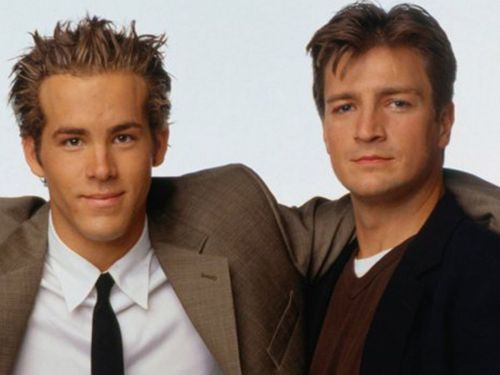 #ryan reynolds, #nathan fillion, #these two, #when we were young, #gg
1 notes · See All
brookelynndykeText

not nicky and gigi getting to assign the roles

F is for Friends

John and Nat were practically raised as brothers. Nat grew up in an abusive house, in the shadow of the castle of John’s family. John and Nat became close friends, John using his influence to save Nat from his situation. The two grew up as close as siblings. John would do anything for Nat and Nat would go anywhere to follow John.

jaskier had been quite unsuspecting , he was simply sitting on a bench enjoying the sun with his journal in one hand and his quill in the other . his ink pot sitting next to him . it was times like these were jaskier truly managed to enjoy the sounds of mother nature . she was the most beautiful maiden of them all . the bird’s soft songs as they flew from tree to tree , from the sounds of the grass swaying gently in the wind ; jaskier was quite frankly in love with it .

the bard was trying to grab some inspiration . with his head gently cocked back and his eyes shut , listening , soaking in the atmosphere ; sun’s rays gently kissing his skin like a lover . he let out a soft sigh , nothing was coming to his mind , no lyrics flooding into his brain that he immediately wanted to write down in his journal . he was about to give it up for today , call it quits and head back inside , perhaps make himself some wine and grab some fruit ; but he felt a gentle pressure of something being placed on his head and his eyes shot open , blessing the world with his beautiful cornflower blue eyes . he turned his head to the side and he saw the familiar armour of his favourite knight and he grinned . “ cahir ! “ he chirped and stood , journal and quill now abandoned on the bench .

right - something was sitting on his head right now . he reached up and gently touched it - petals . had the knight made him a flower crown ? oh ! oh ! the troubadour was frankly ecstatic , a grin reaching ear to ear on his face and he embraced the other tightly , his arms slipping around cahir’s neck to bring him close . “ oh thank you ! it’s beautiful “ he spoke genuinely before he pulled away , his hands then gently cupped the knight’s face and he stared for a moment ; before he brought the other in close and pressed a multitude of kisses on him : one on each cheek , then his forehead and finally , the tip of cahir’s nose . showing his gratitude .