TWD Season 10 Episode 14 was another good episode. Negan, Since when has Carol been Daryl’s girlfriend? Well, at least now I know that Negan is a Caryl shipper, too. When Ezikiel started laughing, I laughed too. And that new character named Princess is definitely going to be one of my new favorite characters. And for a moment I was worried that we might have lost Carol, but luckily it didn’t happen. And I knew Carol was going back to Daryl because she always does, she can’t be away from Daryl for a moment. Those two are created for each other, they are match made in hell. And I can’t believe episode 15 is going to be the finale episode for this season. Episode 16 should have been season finale episode, but the coronavirus decided to change plans and they can’t post-produce it, but Episode 16 will be a special episode and is scheduled to be aired later this year, probably before the season 11 starts.

Ezekiel being pure and laughing at the dressed up walkers.

“I am hesitant to send this, considering the backlash the Carol confessor has received. However, I too get a lot of comfort from this show. I have found strength in Andrea to continue living after my Aunt lost her battle with cancer, I’ve learned what it means to make your own family, through Carl and Michonne. I was able to help my friend out of an abusive relationship because of Carol. I have cried with these characters, laughed with them, seen myself in them. This is a show that unites people” 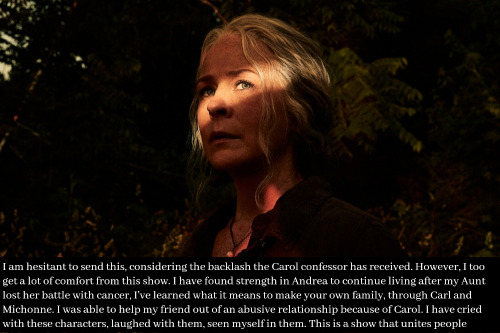 Update: Im still crying because of Daryl and Connie. I feel like i’ve been cheated on (which is just pathetic). My week is ruined. He’s a fictional character. Why am i acting like this? Im fucking pathetic lmao. Well imma go back to crying some more so See ya!

Looking for an RP partner (preferably 18+) for any of the below fandoms and specific characters (but open to ideas and other characters, fandoms etc, just message me!)

NOTE 1: Currently only RPing as my female OC BUT open to RPing with other OC’s (male or female) from fandoms if no interest is shown in the below characters!

NOTE 2: I have a list of AU’s I am open to as well and sometimes prefer them for certain characters. Totally open to other AU’s, storylines etc!

Fandoms & Characters in no particular order:

The Walking Dead (Negan mostly but hmu with ideas!)

2.      My OC is on the run from Police/Bounty Hunters/Generally Bad People

5.      Two Characters get caught up in a messed up situation and have to ride it out together

6.      You’re a drug lord and my OC wanders into your establishment thinking it’s just a high-end bar… Just as you’re in the middle of a ‘bloody’ business meeting

7.      Only two people on a Train and it breaks down in the middle of a long tunnel.

11.   Person A/B is a detective and the other is a criminal/victim/witness

13.   Your character kidnaps my OC

17.  General Fantasy AU (Hmu and we’ll work on something)

Daryl in Episode 15 “The Tower” 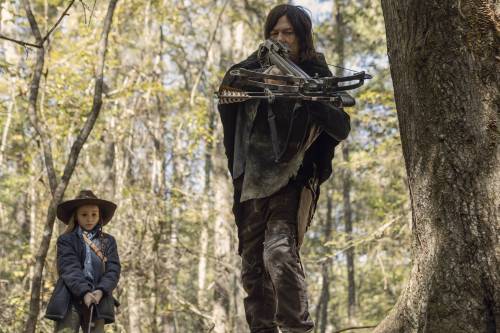 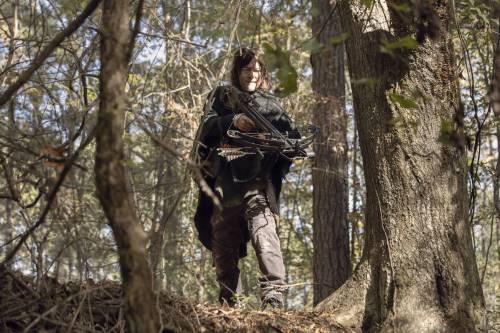 I don’t know how I feel about this episode. It kind of… passed me by. It felt like filler, even though some very important things happened.

Carol has what she wanted - Alpha is dead. But predictably, that doesn’t solve all of her problems, and she spends the episode alone, with the ghost of Alpha haunting her. “Alpha” tries to convince Carol that she is a danger to her loved ones, that she’s lost so many important people because of who she is, and that if she goes back home to her remaining family, she’ll be dooming them as well. It’s all very Psychology 101, and frankly I’m annoyed with how Carol’s behavior and motivations have shaken out this season. Of course she’s going to be all screwed up because of losing Henry. And I don’t mind exploring the nature of her grief. But her reckless behavior that has nearly gotten people killed (we still don’t know Connie’s fate), coupled with the fact that she had a secret plan with Negan all along… these things don’t match up. They tried to explain it by having Carol ask Negan “what took you so long,” but ultimately it just doesn’t make sense to have Carol setting up a man on the inside and then also running after Alpha and trying to kill her personally.

Ezekiel gets this little subplot about whether he can contribute anything now that he’s sick… it was just kind of bland, and Yumiko giving him a pep-talk felt unmotivated.

Oh hello Nonny!!!! I’ve been alright, working on getting out of online classes. How are you, friend? You’re in luck bc I’m rewatching the series and just got to Abraham’s section of the season and MMMMMMMMMMMM I forgot how much I fucking love big beefy redheads

So, here’s your cute Abraham ;3c

It was a nasty day in Georgia, the heat pressing down hard on everything around the camp, and you sighed as you leaned against the car hood. It’d been a week after Terminus, after you’d splintered off from your friends and made your way north with Abraham and the others. The adventure was a fun idea to a Georgia native like yourself, seeing new states that you hadn’t been able to see before the apocalypse.

But now, as you waited for Abraham to climb his way out of the kudzu and forest, you weren’t that pleased with the journey.

He was a stubborn fucker, always wanting to be right, and always wanting to be on the move. It’d ended up costing you three different rides, and you had splintered further from everyone else. Eugene had gone with you and Abraham when you’d found a working car in an old town; Maggie and Glen had stayed behind to find another one. They were a day or so behind you, and Eugene had begun his protests to wait for them.

Ever persistent, Abraham denied and denied, until the scientist took it upon himself to disappear into the woods on a fuel stop and send your redheaded bear after him. They had been gone for hours while you waited in, then on the car.

Rustling had you standing upright and grabbing your gun, but when the kudzu parted, it was just Eugene being dragged along by the scruff of his neck by a pissed off Abraham. You watched as he shoved Eugene into the car, turned on the child locks, and stomped to your side. A smile came onto your face when Abraham’s strong arms wrapped around your hips and his forehead thumped against your shoulder.

Automatically your hands moved in gentle circles around his shoulder blades, calming him down as he muttered curses into your shirt. “If I don’t get him to DC I’m gonna kill him myself,” he grunted, then scowled when you tugged him up by his curls.

“No you aren’t, sergeant. You like him too much to kill him,” you coo as you held his strong jaw in your hands. Abraham huffs at the treatment, but made a happy noise when you pulled him in close for a sweet kiss. He always loved getting little kisses, any contact that reminded him that you loved him. He stole another kiss when Eugene rapped his knuckles on the window, sighing against your lips.

You both pulled away when a car sounded behind yours. With a holler, Glen’s head popped out of the sunroof of an SUV, and you giggled. “Looks like you gave Eugene what he wanted, Hammy.” Abraham huffed at the nickname, a wide hand clapping down on your ass and making you squeal as the others stopped next to your car.

You steal another kiss as Rosita let Eugene out, grinning against Abraham’s lips as he kept grumbling, and you smack his chest lightly. A small smile showed at that, and you knew he wasn’t as mad as he wanted to appear.

I read a review today of the latest TWD episode. The reviewer lamented that Carol’s story in 10x14 felt like a rehash of her story from earlier seasons.

And I was like, Dude you don’t get it.

She chose to go back on her own this time.

There was no Terminus.

There was no Morgan.

No one grabbed her and forced her to go home to Alexandria.

I think that’s a big change and an important one. 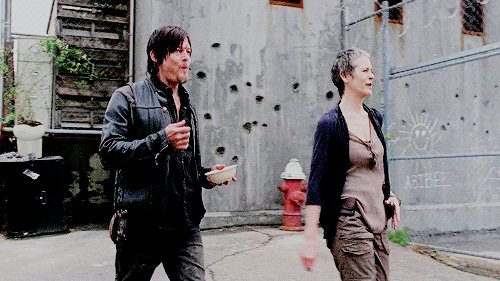 Fear the Walking Dead: The Complete Fifth Season will be released on Blu-ray and DVD on May 19 via Lionsgate. It’s currently available on Digital.

In addition to all 16 episodes, select episodes will include audio commentaries. Details are below. 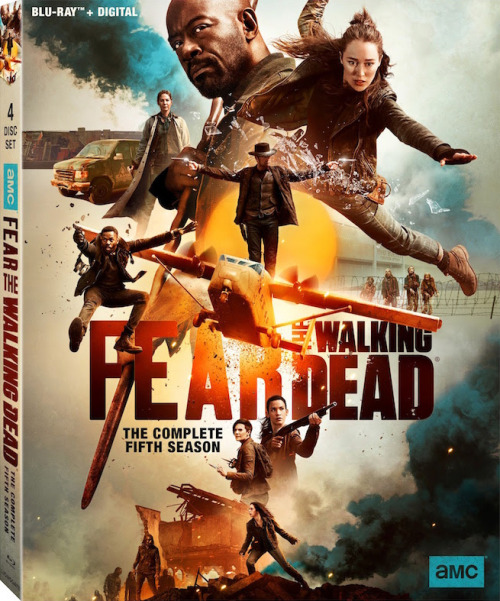 Melissa McBride | Behind the Scenes for “Look at the Flowers”

the negan stans be like: “i love how negan has learned the basics of human morality that even children know 😍😭😍😍”