How much effort do you think it would take to recreate teen wolf in among us?

#teen wolf, #Among us, #I'm... only partially joking?, #I mean it'd be a pain to color/prop/name/world coordinate, #But it could be doable?
0 notes · See All
incorrect-tw-quotesText

Corey: I would die for you.

Mason: I would die for you too.

Corey, getting choked up: Please don’t do that.

Highkey wishing I could go back to 2014 when I first started watching Teen Wolf and could actually enjoy things in life.

#teen wolf, #getting older sucks, #2020 sucks more
2 notes · See All
incorrectsterekquotesChat
erica: You need to stop putting your life on the line like this. If something happened to you, you would break derek's heart and-
stiles: He has a heart? And it cares about me?
#sterek, #incorrect quotes, #erica reyes, #stiles stilinski, #teen wolf
116 notes · See All
shotonohiroText

Mason: I love you.

Corey: I love you.

Mason: I love you.

Mason: I love you more.

Corey: This is not true.

Corey: I am the one who loves you more.

Won’t do me no good washing in the river

Can’t no preacher man save my soul

When the world found out about supernatural creatures, a panic spread and a war broke out between the mundane and the supernatural world. Now almost 50 years later, the leaders of  a local factions have decided to stop the violence and try a life of coexistence. Thus Barton Hallow was made, the world’s first safe haven to all of earth’s supernatural creatures. But residents have been coming up dead or missing. Is someone’s threatening the delicate balance of your home? Or is it perhaps something, d a r k e r ?

Am I going back into my Teen Wolf phase, my The Vampire Diaries phase, or my Legacies phase??? I’m getting all three at once and I am not okay with it!!

#ignore me while I ramble, #teen wolf, #the vampire diaries, #legacies
2 notes · See All
fandomtrashwhorePhoto

“Remember: If you are going through hell, keep going!” 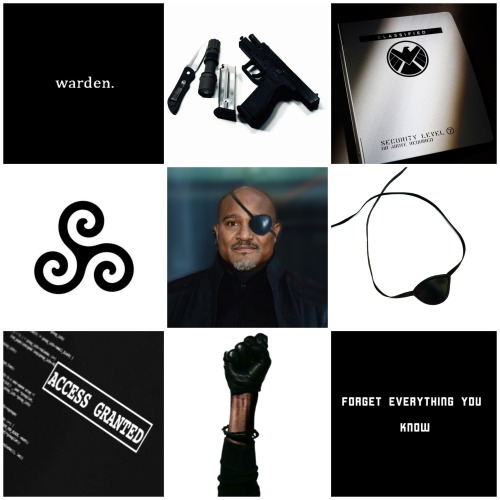 They’re in Theo’s truck, running to god knows where - away, drive far away, Stiles pleaded earlier in panic.

He’s calm now - as serene as a sea before a storm.

His phone rings for the umpteenth time. He can continue ignoring it, but he takes pity on Josh. He looked more frightened than Stiles was when Theo hopped into his car and declared he was leaving with Stiles.

He swipes, and the call connects. Josh breathes in a loud relief and immediately barrages on. “Theo, finally! What the hell, man? What the fuck’s going - ”

He’s cut off, and a second later, another voice blares through the speaker: female and outraged. “We better not be forfeiting our mission just to help your human bitch, Theo Raeken, because I swear to - ”

Theo rolls his eyes; he’s already bored with them. “Just trust me,” he says placidly.

Tracy scoffs in high pitch on the other end, “Trust you? Trust you! You son of - ”

He ends the call and turns his phone off. He glances at his rearview and finds Josh’s silver Highlander still tailing them. He smirks in sick satisfaction. No matter what they say, they’ll follow Theo anyway. They’re a pair of headless chickens without him.

He tilts his head to the passenger’s side where Stiles sits, clenching and unclenching his hands and jaw. They’ve been quiet apart from the sound of their breathing. “Do you have a destination in mind now?”

“Just drop me off in another ten miles, then you can leave,” Stiles replies in monotone.

Theo lifts a brow, “Where would I go?”

“Back to your life,” Stiles replies, not looking at Theo once. His voice is gruff - bitter, indignant. “And the pack you still have.”

Theo allows a moment before he offers. “You can come with us,”

That gives Stiles a pause. Theo glances at him briefly and catches the scowl on his face. “You don’t have to help me anymore. I won’t tell your pack about Donovan,”

A smirk slides into place, and then a dark chuckle, “Bold of you to assume they don’t already know. And frankly, they don’t care,”

They enter a dark, deserted road; Josh and Tracy following close. Theo turns to Stiles when his heartbeat begins picking up again - his emotions surging once more. The boy’s face pinches, “Why are you helping me?”

“Why did you need my help?” Theo returns equally.

Stiles’s nose flares up, and his eyes flash. His previous calm suddenly gives way to a violent rage taking over his body -  it’s exquisite to behold. All the potential of this ferocity is making Theo breathless with desire.

“They’ve been waiting for me to make a mistake so it would seem justifiable,” he snarls, eyes wet and shaking. He’s so perfect. “Scott wants to lock me in Eichen House - they all do - because I outlived an attempted murder. He doesn’t believe it’s self-defense because of what I am, the pompous, righteous - ”

Stiles cuts himself off sharply as Theo veers to the side of the road. He faces Theo, angry tears running down from his eyes - desolation and fury blurring together. “He’s my best friend!”

Theo notices the car stopping behind them, but his attention is rapt on Stiles. He’s beautiful as a whirlpool is in its way - an impelling force drawing Theo in. The chimera reaches a hand to his neck, rubbing at the soft skin under his touch. “Not anymore,” he tells Stiles matter-of-factly, unsympathetic.

“They fear me,” Stiles sneers, one hand coming up to grasp at the fabric of Theo’s jacket. “And think I’m dangerous.”

“They should because you are,”

His face contorts, “I’m not going back to that wretched place,”

Whether he means Beacon Hills, Eichen House, the convention center, or his pack, Theo doesn’t bother finding out. Maybe it’s all of those.

“You don’t have to,” Theo says in earnest. He inhales the murky air surrounding the car and feels himself shudder. He holds the boy tighter. “Come with us. Stay with me.”

Stiles doesn’t speak for the duration of when he runs his eyes all over Theo’s face. There’s a new scent - exclusively for Theo - permeating the atmosphere. Theo leans closer, wetting his lips in anticipation. Stiles’s eyes stray to his mouth and linger. He stares as he nods and whispers, “Where?”

OC Halloween Challenge — Day 20 — Role Swap, Make The Hero The Villain or The Villain The Hero

Jamie Argent as the Dark Druid/Darach

Derek Hale as her protector and lover

This story is not your average story and not a happy one.

The story began in 2005 where 16-year-old Jamie Argent was sent to her first assignment without her parent consent and travelled with her aunt Kate to Beacon Hills. There she will see her aunt begin a sordid affair with Derek Hale which will unnerve her, she will see the manipulative side of Kate and won’t love this side of her, after a couple of days there, she will make herself friends with both Derek and Laura after finding out by Deaton she was not normal and was a druid and should be in time an emissary for a pack, making her rethink everything she knew about werewolves and other creatures. This realization will make her stand up against her aunt when she tells her about the fire. As she sees that nothing will stop her aunt and the rest of the Argent hunter, she will decide to do everything to stop Kate, unfortunately the latter suspecting what her niece would do, will attack her and leave her to burn with the house and the Hale family. As she felt herself leaving she will try to call for help, the Nemeton hearing her call will send power to her through the branches in the basement, allowing Jamie to survive until help arrives. Derek having heard her call for help, will leave school knowing something was wrong, and will save her seeing that she was still alive, Laura and he will decide to take her to a hospital outside the city to watch over her. The moment she will be able to get out of the hospital they will leave the three together and Jamie will never contact her family making them think she died during her mission. In New York, she will promise to get revenge for her and for the Hale family, not caring that she will have to destroy the family that raise her.

Derek will promise to stay with her and help her in her revenge, at first their relation will be one of the best friends and will always be there for her, helping her becoming stronger in black magic. During the next 6 years, their relationship will change to become one of love, he will be one of the few she will let in her heart with Laura, who became a sister for Jamie. When Laura will go back in the city where it all begin for them and will be killed, Jamie and Derek will decide to finally enact their revenge against everyone who ever hurt them. Jamie will take a job in the high school hearing that the new beta was still there and having Allison there too was just too good to be true. She will then decide to make her sister turned against their family to be on her side and bring Scott with her to give her more power over the town and the Argent family. Turning Allison will be easy the girl wanting to have her sister back, Scott will be a little hard but showing him what he could do being on her side he will change side too. Together they will become an unstoppable force killing the one that was against them or trying to stop them, the first will be Peter killed by Derek himself, for the Alpha power and revenge for Laura, and he won’t be the last. Jamie will make sure to keep Kate for the last and make her suffers as she did as her when she left her to die in that fire 6 years ago.

At the end when Kate will finally succumb to death, her last thought will be if only I had spared her and sent her somewhere else that day. 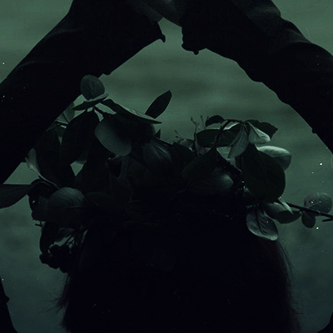 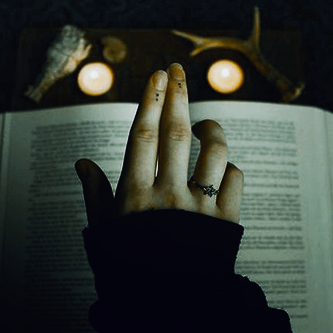 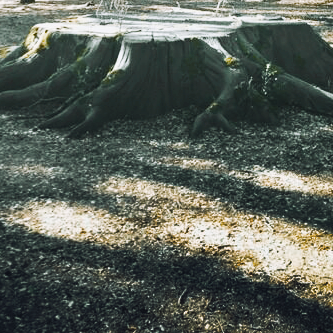 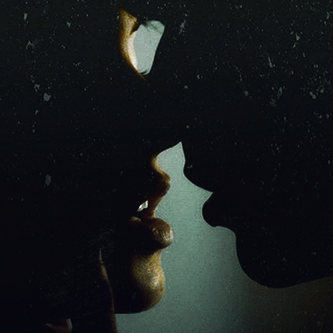 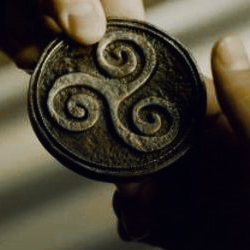 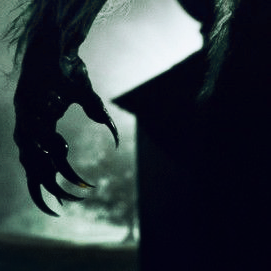 Seriously? You haven’t seen it yet?

me whenever the wind blows when someone’s alone:

Stiles: We will do our best.

Isaac: Actually, maybe not our best, but some level of effort.