Tumgir
AboutPrivacy Policy
AboutPrivacy Policy
Visit Blog
Explore Tumblr blogs with no restrictions, modern design and the best experience.
Fun Fact
If you dial 1-866-584-6757, you can leave an audio post for your followers.
Trending Blogs
#The Mage
the-pandora-jar
Text

An underrated “fuck the Mage” moment is when he tried to get Simon to leave Watford so Simon wouldn’t see Lucy/his mom when the Veil lifted.

Yes!!! I have first drafts of the next two chapters finished.

I’m just mentally too focused on what’s going on in America and the new emergency declaration in Japan. Obsessively doomscrolling and watching the news.

About all those Carry On issues that the fandom is complaining about right now, (in a VERY NECESSARY post but innecesary disrespectful, in my opinion):
I totally agree that it is a big problem if they pass by and nobody talks about them. But those issues still could be dealt with in AWTWB. With speciesism particularly, I think we could see some of that in those two Baz’s family crises that RR mentions in the synopsis. Baz and Natasha’s relationship is something that is going to be adressed and maybe the time will come when Baz stops idolizing her, the same goes for Fiona who is hunting vampires (wtf, Baz is her nephew). And he realizes all the things that are wrong in the world of mages. I think before judging, I want to see how the story ends. I’m concerned that all this has to go into one book. In addition to all the pages that Simon needs to solve his own things (his mother, his magic, his identity, his future, his relationship with Baz, his relationship with the Mage, etc). But I’ll wait until I have the book in my hands to judge the whole story.

And I totally disagree with the kiss discourse. If it were a normal situation on a normal day in reality, of course non-consensus IS A PROBLEM. But the context in the book is this: Baz set the forest on fire, Simon tries to convince him to stop, Baz doesn’t listen to him. Baz is going to die.
Again: Baz is going to die and there is nothing Simon can do except take him by surprise. Is it an ideal first kiss? No. In this situation, with Baz on the verge of dying, is that important? No. The first thing Simon thinks about is the kiss specifically? No. He thinks about Baz, he wish he stop talking like that, that no one hurt him. Even at some point he asks himself: “did he need me to kiss him to get out of his suicidal state?" We cannot take that kiss as an isolated event. We have to take into account everything that is happening at the moment. Even Simon several pages later thinks that he could have saved Baz’s life in another way. But in that instant he did the first thing that came to mind. I don’t understand why we are talking about it in the first place.

I will have plenty of time to be disappointed and to come and complain when the last book comes out and the story is complet, if nothing I mentioned before is covered. But I still have faith in it. 6 more months!

Forgot to post this here on tumblr, yeah again wow just wait there is more

Did this for new year~ Another comic yay!

But.. I see them with a like half friend Brothers relation becuase sure why not

Oh yeah and that guy beside him is a toppat called “magician”, he just like visiting the museum at nightime and teased Jacob

(To the tune of Prom Queen)

I was never good at wizarding.

Maybe I should train harder

or he could lower his expectations.

I was never suppose to be chosen.

If I get more witty,will he finally talk to me?

forever putting sorta after review now. bro i read this one before red white and royal blue so like you know i don’t remember shit about the plot. i’m banking on my very edge of memory to remember.

harry potter but make it gay. like imagine harry and draco but they’re gay and in love. as it should have been. i mean come on this is that and you can’t argue that it isn’t. by all means tho don’t think i’m talking trash. i loved this shit.

it’s actually the first book that i read in like a year so love that for me. do we start with characters again? yeah let’s do that.

May @maybebrilliant, you ask very difficult questions. Is it retaliation? 👀 If so I deserved it. 💙💙💙 Also I love your questions. 🥰🥰🥰

(It is totally fine to ask here. I’ve been very handy with that block button lately. 😂)

Apologies in advance for my not completely coherent answer. I struggle to express myself in English. Also my brain tends to jump from thought to thought.

So, the Mage. I do not believe the Mage deserved to die.

Oh wow, why would you say that Di? The Mage was a true monster.

Today is the first day of Morning Star, the first day of a new year, and the New Life Festival. A very significant date for many reasons, today also brings with it a new birthsign. Those born today are born under the stars of the Ritual (Dwemer: the Laboratory), a charge of the Mage (Dwemer: the Mechanist). Those born this month are particularly uniquely gifted, as the specifics of the Ritual’s blessing change with the aspects of the Moons and Divines.

“Today the Ritual shall speed you on your star-patterned path.”
–Uriel VII

“This one sees … the arcane. Yes, Magrus dances on light blue paws—tiny flames and the scent of incense …. This one hears soft chanting, glimpses flickering candles. You are guided by the Ritual, yes? Allies shall seek you out, for your sign guides you to heal and mend. But beware—not all ills can be repaired.”
–Hanubina-ko

Who watcheth all with glowing eye in the face of space? The Ritual, of Morning Star, whose eye is seen but whose visage is hidden. 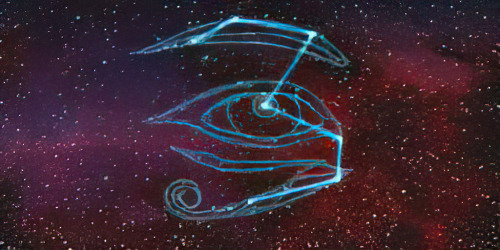 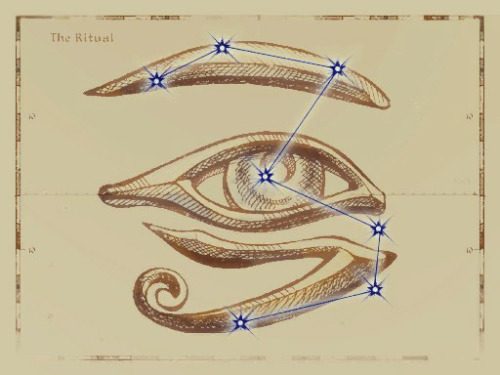 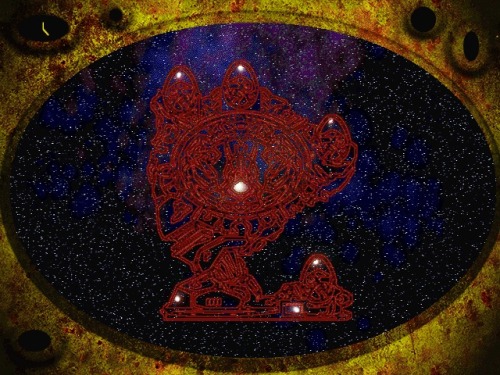 Spoiler warning for Carry On

It physically pains me that Simon didn’t know The Mage was his actual father. Simon even said he was the closest thing to a father figure to him. The Mage would have disappointed Simon greatly if he was his father (the way he talks about Simon in his point of view chapters is enough to see that) but now Simon will just never know or he’ll find out and then the pain of it will come back. The Mage, his father, will already be dead and it will have been partly his fault.

Also, Simon doesn’t know that it was his mum talking to him through the veil that night Natasha Grimm-Pitch talked to him. He still thinks it was Baz’s mum. “My rosebud boy.” And Lucy doesn’t even know Simon heard her, but I guess that doesn’t matter so much because he doesn’t even know it was her. “He said we were stars.” He thinks that was Baz’s mum when it was really Lucy talking about The Mage.

She kept it in a special case she wore on her person. Monsters who absorb human SOULs look terrifying and powerful.

This is explained in Chapter 50 (The Path to Queen TORIEL). The green SOUL belonged to the mage, the only human who chose to stay, who Toriel raised from childhood to old age.

Of course she’s not gonna put their SOUL in a jar.

As for Undyne, you’ll have to wait and see what happens.

“He has put mom on a leash and threatened to eat me, at this point it doesn’t really matter if He used to be nice or not, what’s done is done and he’s still doing it.” The child replied bitterly. “I-i’m sorry.” Shella apologiesed on her daughter’s behalf. “W-what about the tracking thing She mentioned?” Asked Shella, trying to change the subject a bit.

He made a face, sighing heavily, “His gem, his soul, is fractured… It’s barely a quarter of the size it used to be, if even that… How do you think that’s affected him? His mind and body are warped from the damage…”

I technically didn’t complete the countdown since I couldn’t keep to the schedule… 🙈 But here’s a masterpost of my takes on the @carryon-countdown prompts anyway! What a wild 30 31 days it was!! 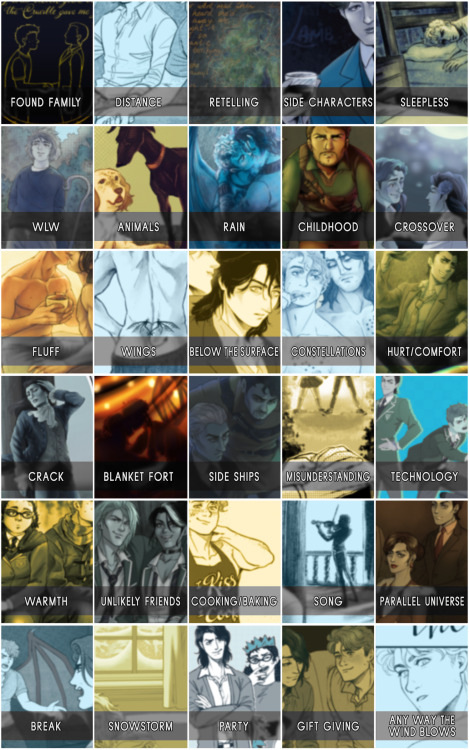 It was meant to accompany a Mage character study, but I was unable to write the body. Here are the bones.

Ebb: Mage has something to say to you, Simon.

Mage: I suck at apologies, so un-fuck you or whatever.

“Maybe i can track them? Sir ugly did say i was quite good at magic. The only good thing He had said so far.” Commented the child, Shella knew She was just a kid, She just wished She was more careful with her words. “Let’s start with the clothes.” She said before picking Oliver up and heading inside.

The sorcerer made a face, “Poppet that’s not very nice… Vinny isn’t himself, normally he’d never do anything like this, not even close…”

“I think they’d still ask why you’re wearing clothes that are way to Big for you.” Replied the nymph with a little smile.
“What would you need from the town?” Asked Shella, “And what do we do now?”

“I’m missing an arm and a leg, I don’t think anyone will question why I have clothes that don’t fit me,” he replied, a rueful expression on his face as he waved the stump of an arm he now had, “But what I need are supplies and information… I have to track down where Vinny’s gem shards are and find someone that can mend them.”