Did anyone else cry really hard at mara’s “you’re worth more than what you can give to other people” line???

#spop, #depression, #seriously tho, #i honestly used to put so much of my self worth in what i could do for others, #whether i was the clown for people to mock, #or the shield for others to hide behind, #or the one for others to count on when everyone else was gone, #i made it my duty to be useful in some way, #and that tied directly to my self worth, #and made my life miserable
5 notes · See All
strongerwiththepackText

A new challenge you say? I am in. Believe it or not I have a half written fic on my laptop for IRRelief but I never got round to finishing it - whoops! Anyways, I work better with a deadline so managed to bash this one out today. It felt really good to be writing again, thanks so much for organising another challenge for us @gumnut-logic!

Gordon groaned into his pillow at the sound of the claxon but jumped out of bed nonetheless. Glancing at the clock he calculated that he’s barely gotten 3 hours of sleep and rubs his eyes tiredly. When he gets to the lounge Scott’s already there with John. Virgil and Alan are still out on their own rescue. Gordon was usually Virgil’s primary co-pilot but he’d been out on a solo rescue at an underwater research centre when the call had come in so Alan had taken his place.

Scott seemed to be arguing with John when he walked in. “-didn’t have to wake him, I can handle it.”

John glared. “You won’t be able to use the autopilot on One in those winds Scott, this is a two man job.”

John seemed to notice him then. “Sorry Gordon, I know you didn’t get much sleep. You feel up to it?”

Gordon stretched his arms above his head and grinned. “Totally. I am well rested and raring to go.”

He reckoned the statement was kind of ruined by the fact he was still in his pjs with bed-head but he tried his best.

Scott rolled his eyes at the statement as he made his way over to his chute. “Fine, suit-up Gordon but you are off duty for 12 hours minimum when we get back.”

“Aye-aye captain” he said with a salute while running towards his elevator.

#sensorysunday, #sensorysunday2020, #thunderbirds are go, #this one turned out wayyyy longer than I expected, #and its technically not even finished urghh, #really should have been multi-chapter with more fleshing out, #tis my own fault tho, #lastminute.com, #as per, #oh well
7 notes · See All
lordofevildreamsText

((I’m gonna go ahead and update my icons on my phone and try to find my keyboard so I can bring it to work and reply to RPs at work. There’s been nothing I really wanna do at lunch so I might as well reply to threads.

#Ti speaks, #idk where my keyboard is tho, #but I will try to find it, #if not I'll just buy a new one at work
0 notes · See All
sovietorphanText

contemplating life choices now that i’ve written 5k words abt pokemon swsh, i can feel the end coming, bcus i can’t stick to a fandom & spit out over 10k words LOL

#Ask, #Silence Doodles, #Nice Cream Silence, #Tho you are kinda tied up in the shed currently, #I haven’t been drawing Tumblrtale so that I don’t get burnt out easily
6 notes · See All
obtainedlossPhoto

ritsu said if im not wearing the same 3 hoodies, i will look as atrocious as possible

my dad: *is stressed and overwhelmed with work*

me: *getting bad grades and probably having to go to a college to follow my career path* so uh. hey

#colleges here r like colleges in the states theyre privatised, #you can go to unis just u dont need a gpa to get into this one is all, #so its my anxiety-calming backup plan lmao, #also my sisters probably gonna go to a college bc design is expensive, #imma pay for what i can ofc n pay them back ofc ofc but yeah lmao sorry parents, #my girlfriend pointed out i should talk to them abt it first which. true. so. yep., #tis $$$ tho also bc its a graduate course, #I’ll PAY IT BACK
0 notes · See All
ensmktText

#maybe i actually do care a little bit about possibly failing all my classes, #paper is not very good tho bc its not allowed to go over 4 pages and also my sources r boring, #its about income segregation, #which is interesting bc its so closely tied w racial segregation, #and its also so ubiquitous, #so there is  a lot to think about, #also thinking about community in that context, #like gentrification
0 notes · See All
viictorycrownedText

And now you all know why he didn’t get mad that his wife and favorite knight were having an affair.

#the peanut gallery ( dash commentary ), #( once and future king. ), #{ he was jsut mad they kept ti a secret~, #also thank you welsh triads!! b/c that's legit the only place those three appear lmao, #tho i should post the hc i ahve about them soon...
2 notes · See All
stirringwindsAnswer

admittedly, not entirely? at least if we’re thinking of obsessive love meaning somebody being unhealthily co-dependent on or pursuing another nation to the point they’ll do anything for them or forget everything else. for me the concept of love is complicated between nations—it is always tempered to a degree by their self-interest. no nation will obsessively love another (romantically, at least)—to the point they lose sight of their own interests. also, i do have a hard time seeing nations being monogamous due to the inherently multi-faceted nature of their international relations, so such singularly-obsessive dynamics are also rarer, if that makes sense? they can be horny as hell but hmmm in that case it’s not quite a romantic obsession but more about physical gratification. even for my otp, fruk, who might come closest to this level of long-standing fixation…i wouldn’t say it’s obsessive love because even then arthur has cycled between despising francis and desiring his company. some nations do indeed form incredibly intense, long-standing attachments with each other, but the way i see it at the end of the day, their loyalty and sentiment is first and foremost steeped in their people. the very ones that make up their soul and give them life.

though, the one thing i definitely see happening more often are obsessive and intense rivalries. that’s definitely an element in my developing headcanon for alfred and kiku from the mid-1800s to 1945.

#hetalia, #i need to think more on this overall tho. how do they understand love?, #familial ties are a bit clearer cut
53 notes · See All
adamparrrishAnswer

#i did just make like 10 other icons tho so. i might change ti again skdjf, #mutual | layla, #kevinparrishes, #asks
2 notes · See All
imtheoutgoingsidekick-babyText

#not in a depressed way tho, #kinda just feeling like cutting all ties to people and watching supernatural all day, #idk, #maybe ill take a long ass shower and think about it
5 notes · See All
memorylostText
#time 2 die, #TY TO EVERYONE WHO SENT AN ASK THO <3 <3, #i'm a slow as hell hoarder so tis time for me to reap what i sow....., #i'll queue everything and then start doing replies ;0, #❥ . ⋆  ooc . ┊ crazy chaotic clown cynn / c4 . *, #tbd
1 notes · See All
trauma-ratText

im very angry about mental illness and idk shame and everything and i just… i feel bad and pressured to fit certain roles and shit. Living with my family has made things much worse. idk. yeah teenagers are judgy sometimes and my current friend group leans transphobic. But shit dude spending all day with other teenagers at school was so much better for my self perception and mental state. Do you know how much teenagers compliment eachother in the halls? Or just in general, being in hs all day was so positive. My house is so tiring and toxic and im tired of it.

#mine, #im pretty sure im too dumb to know when im being bullied so that helps too, #also i cant separate my mental illness from my being, #so it kind of sucks that everything is tied together, #i wanna chill but im reminded of everything bad at once, #yeah idk, #im a shockingly positive and outgoing/extroverted person, #given the fact im several mentally ill/disabled and have social anxiety, #like.. i am proud of myself for being constantly positive given everything, #id be dead otherwise, #but yeah :/, #okay anyways im gunna go shave my entire body, #because im disgusted with myself and also like... all of my friends r transphobic rn, #so 1. everyone who knows im trans will try to invalidate me now, #2. everyone im not out to has made me feel ashamed enough to do this, #idk.... i hate the gender binary, #life was so much cooler when all my friends were bisexual criminals, #like... no one if gunna judge u for leg hair at a liberal arts high school, #i just hate myself so much haha, #im sleepy tho, #fuck
7 notes · See All
spinblueText

He’s going to try something new. You know, live and learn and all that, right? This time he’s gonna not jostle Fleetway in any way, doesn’t reach out and try and pull him off. He’s just going to ask, plainly. “Can I help you with something?”

There is Naoki for you to admire! haha 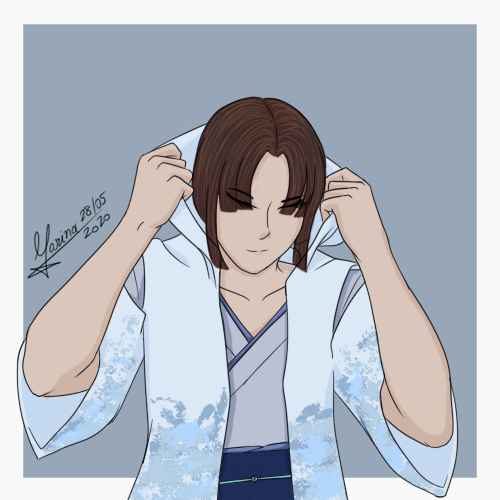 Look, I know it’s a CW show but none of these babies we’re seeing, nor Octavia in 1x06 or Hope now have effing birth cord and for the love of god they’re just born and placed in ppl’s hands I-

#the 100 spoilers, #octavia blake, #hope diyoza, #i loved the scenes ofc, #but o at least was dirty, #and hope was clean, #but both of them looked like newborns which good, #esp hope herself, #but she was pretty clean, #no cord tho gotta love that, #babies pop outta everywhere lol without any ties to anything
4 notes · See All
randomikemendegenPhoto

“Oh my, are you tired? Fufu, there there~. Here, lay your head on my lap and take a rest; I’ll even pat your head and clean your ears if you wish~. Or if that is not what you are looking for, then I can give you a gentle embrace?” 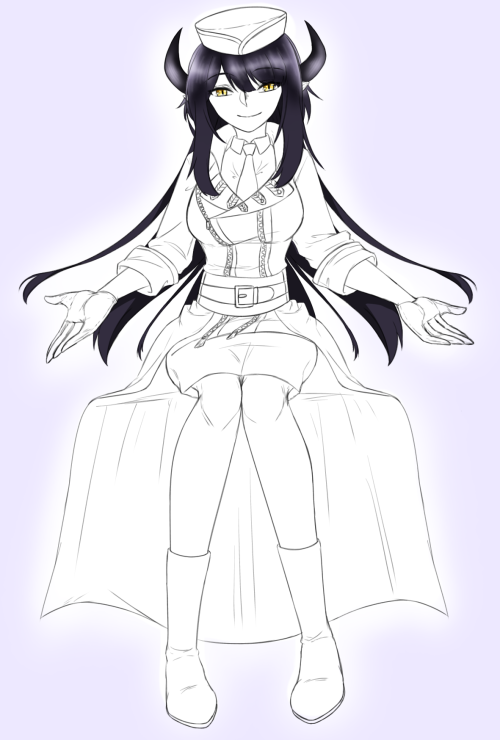