Piece of art I commissioned from asteltainn from Deviantart 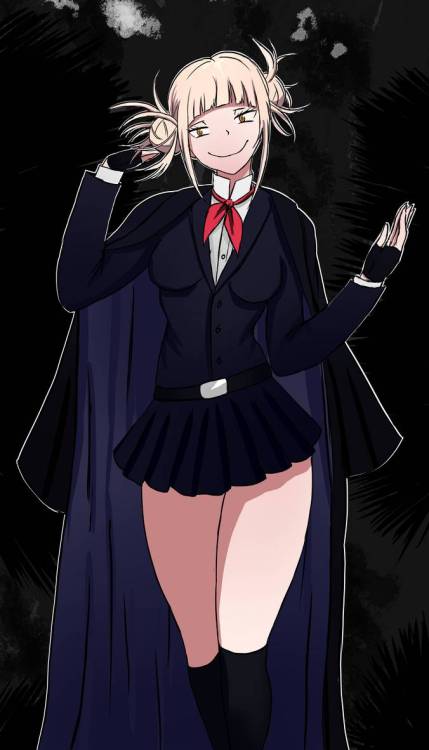 #toga, #My Hero academia
2 notes · See All
yourlocalnerd101Chat
LOV: We have your son
All might: I don't have a son
LOV: Well he made us reevaluate our life choices and now we feel really bad can you come pick him up
All might: O MY GOD YOU HAVE MIDORIYA
Toga, in the distance: I'M GONNA BE A PAINTER :3
#bnha, #mha, #boku no hero, #boku no hero academia, #my hero academia, #league of villains, #lov, #all might, #toga, #himiko toga
21 notes · See All
shirakumoPhoto 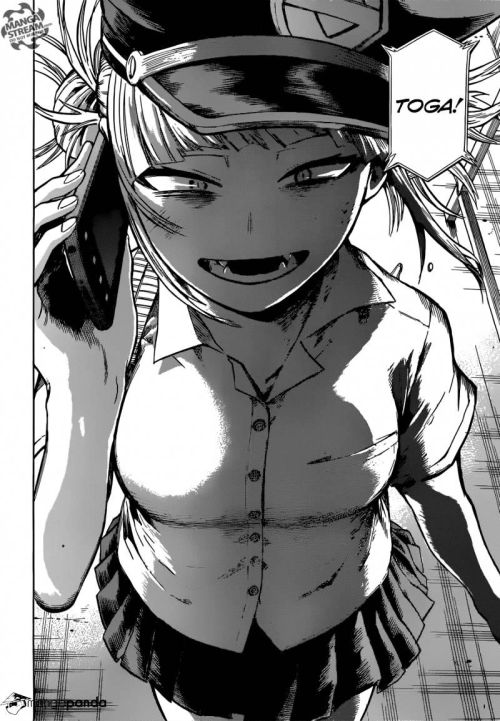 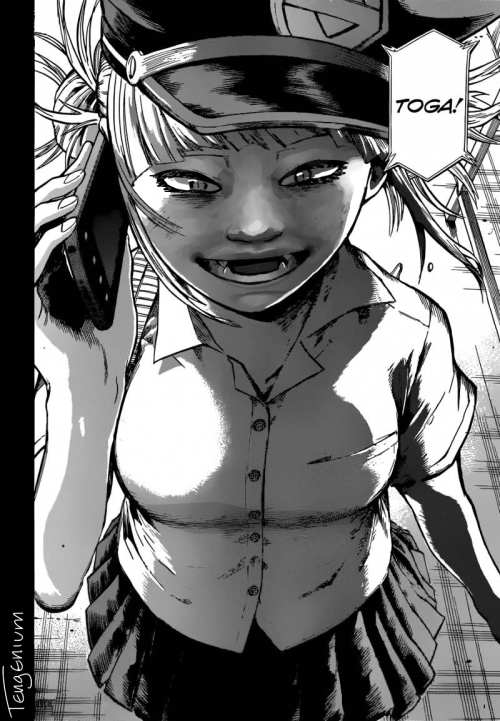 #bnha, #toga himiko, #toga, #league of villains, #i cant tell if this is good or creepy, #i thin, #k maybe the face just looks out of place?, #out of place? is that it?, #maybe ill paint over the rest next time. .., #anyway rbs>>likes
8 notes · See All
forest-wraithText

Ever since twice has kicked the bucket I’ve been really curious about what this will mean for endgame fights, character foils, and overall arcs for everyone else. It’s assumed that all the protagonists are paired with an antagonist, simply by the style of story that is bnha (that being a hero vs villains), and because of the already obvious foils there are. I’m also taking a leap by saying *there will be* endgame fights, this is just speculation and fun.

I won’t go into crazy detail into each (except for those who don’t have obvious opponents (that’s for the end)). So far they are:

This one is a no brainer. They’re the main protagonist and main antagonist respectively, both their mentors were enemies, and both are learning to take on the legacies of said mentors while also growing into their own person. Interestingly, they haven’t directly fought each other yet, but they sure have talked.

Another obvious one. Besides being the only main female characters in their respective camps, they both love deku, and they’re also very intelligent and skilled in combat. Better yet they’ve already fought each other, establishing this rivalry and giving the audience a point of reference for future fights and interactions.

I say this mainly because both characters have very strong connects to stain. Iida because stain injured his brother so badly he can’t be a hero anymore, and even fought the guy. While spinner loves the dude so much he became a villain and fashioned his villain attire to copy him. Iida has a direct and visceral hate-based connection to stain, and spinner is essentially a mini version of him. If these two saw each other in combat it #wouldnotbegood.

This relies solely on the dabi is touya theory, for, well, obvious reasons. Shouto is what endeavor wanted touya to be, but touya/dabi turned into a villain instead. They’re polar opposites, but with the same origin.

Before twice died, I always thought he’d be a good combatant against the rest of 1a due to his quirk but… twice is dead. So now I don’t know how that would go down. I assume various plf members will pair up with 1a kids to fight, or maybe only the MC protags will be in the final fight. Who knows? It could all play out like the second movie where they all get knocked out as well.

These leaves the literal second protagonist and remaining antagonist: bakugo and mr compress.

By default I want to pair them up as foils, but would it make sense? For the sake of argument let’s say yes. This is what quarantine has driven me to, so let’s dive in baby!

Mr compress had a direct effect on bakugo’s arc. By kidnapping him in the forest training arc, compress was able to crumple bakugo’s confidence in himself. The kidnapping was a pivotal turning point for bakugo as it 1.) showed bakugo he wasn’t as smart or aware as he thought he was 2.) fighting isn’t the only way to beat a villain, it also takes smarts 3.) relying on others isn’t a bad thing, it’s even beneficial and 4.) his kidnapping brought about the fight that ended all might, indirectly tying him to his idol’s fall (not saying it was his fault, but the situation itself was). I don’t thing we knowledge enough how mr fvcking compress was the catalyst for all this. This caused deku vs bakugo down the road which ultimately began to heal the relationship of the series’ two main characters.

Let’s also look at it from a broader perspective. Compress’ general villainous tactics are based in stealth, intellect, and deception, yet he also likes to draw attention to himself and puts on a showman’s flare. Bakugo’s heroics are based in brute strength, direct confrontations, and flashy attacks that draw the attention and intimidate. What’s interesting about these two is that they operate using opposing methods, but ultimately seek the same thing: attention, and by default (at least with bakugo) victory and recognition.

In a one-on-one battle it’s hard to say who would win, it would probably come down to speed and who lands the first hit. It’s also important to note bakugo has really grown in terms of calming down and assessing situations, and utilizing teamwork.

Regardless of if they’re foils or not I would LOVE for them to meet again. What do y’all think about foils n such? 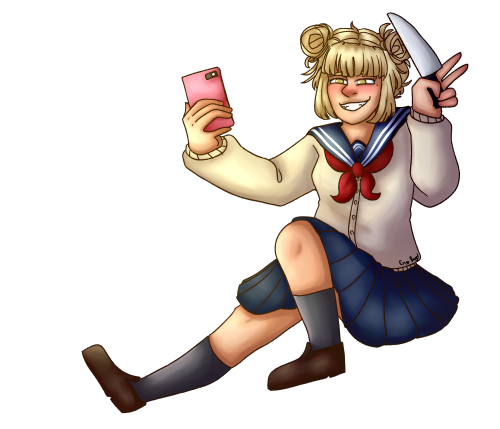 i love twice a lot, thanks for listening 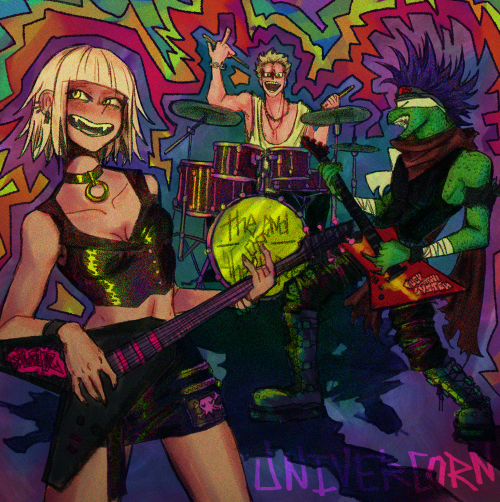 For those aggressive smooches! She really wants to give ya a kiss! Also for angy pouts!~

#Mod Mint, #boku no emoji academia, #himiko toga, #himiko, #bnha, #mha, #boku no hero academia, #my hero academia, #league of villains, #toga, #emojis, #😚, #chu
18 notes · See All
leagueofidiotsAnswer
could i req hcs for shigi acting like a brother figure towards toga?
#toga, #shigaraki, #headcanons
24 notes · See All
leagueofidiotsAnswer
May I offer a Dabi headcanon where he stylizes Toga’s hair because he learned how from doing Fuyumi’s?

Absolutely, I thought about saying it but I feel like I stuff it everywhere lol

Not technically a tomura meme, but fits the category . Please don’t hate me 😭

How many kids are they gonna have? -Mr. C

I like kids, so I’m more than okay with this. -Magne

Kids like me, so I’m more than okay with this. -Twice I have no explanations to anything I do ever, fun fact.  I like the bottom one, though, it’s sweet. 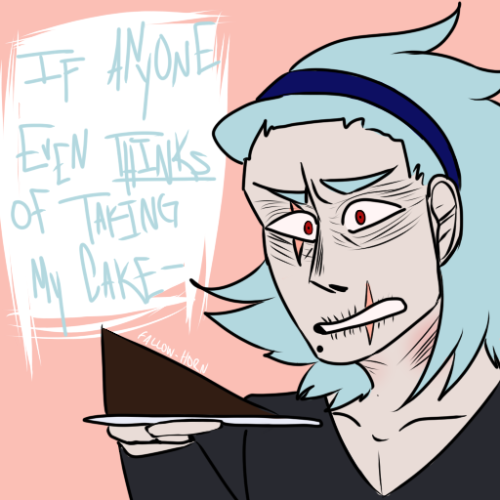 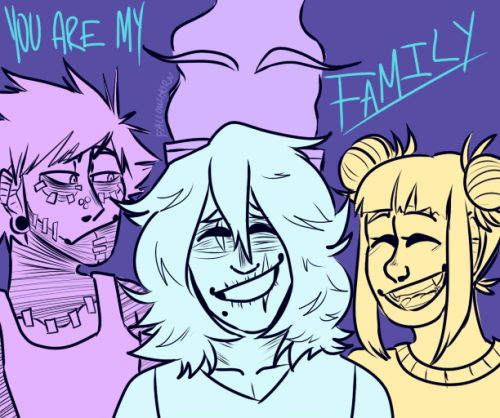 Don’t worry. There are plenty of others like you.