Gift for NTG. Thanks for supporting me on Patreon! 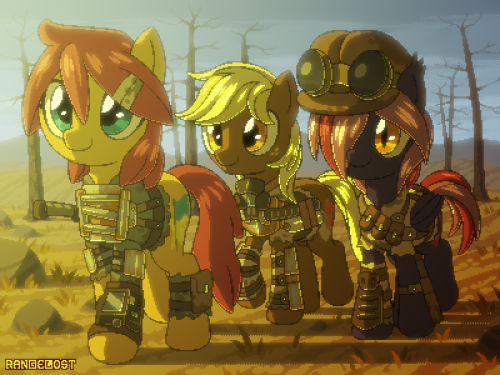 All these sleepless nights are going to pay off. 🙏

May I live this long and be this well put together at 95.

Meet Lyra the octopus and Darcy the fox

Lyra is Yuno’s girlfriend that enjoys eating and is a power type sumo wrestler, she lives in a hut at the beach and works at a bar

Darcy is Yuno’s childhood friend who’s born with two tails. She’s a sneaky ninja who’s on a mission to find her little sister who went missing.

Have I meantioned that I love trailblazer?

My New Warriors Redesigns! I wanted to make them more consistent and tie them all together.

Everyone, meet Yuno the chinchilla. She’s cowardly speed type who has a bitter rival to the president

Okay guys, when referring to your car, do you call it by a nickname, model, or just “the car”? Tag your answers.

#Trailblazer, #but i want to give it a nickname soon, #cars
0 notes · See All
ask-the-doppelgangersText

In this next post I’ll be showing my redesigns for the characters Trailblazer and Screentime. Originally I was going to do B-Negative as well but as of this time I honestly don’t know what do do with him so I’m just going to save him for a third part.

But anyway here are the originals:

And my redesigns Scout and Screen Saver

Again I am an amateur so feel free to leave any constructive criticism or questions. Thanks.

So here’s my redesign for Trailblazer along with some casual clothes and alternate color scheme.

Here is the original and her description

I changed her color scheme a bit, the bright neons were a bit much for me. I also made an alternative color scheme because I thought it looked nice. I changed her outfit from a hoodie to something I thought would look a bit more like a superhero costume.

I kinda think the magic backpack is kind of dumb, and think she should have her own power and not something that comes from an object. So she basically has the same power, it just doesn’t come from a backpack. She has access to a pocket dimension and can bring forth useful or random objects. I guess we can keep the part about her power being gifted to her from a god. She still doesn’t have the hang of it yet. And at first has trouble bringing out the right objects. She gets a lot of random stuff first before she gets something that is useful to whatever situation she is in. But she does eventually get a lot better with it.

She uses the backpack she has on to conceal the portal when she gets an object. Like if she’s in public and wants to be discreet, she just makes it seem like she’s pulling it from the backpack.

Her backstory is still the same, since I like it. The casual outfit with the purple shirt is what she wears when working at the senior center.

She’s very unsure of herself and her abilities. Since she’s new to this and isn’t used to being a hero, she’s afraid she’s just getting in the way sometimes. She wants to be helpful and cares a lot about other people, but she always feels like she isn’t doing enough. She doesn’t feel as skilled as the rest of the team, and is afraid she will mess up and cause problems. I like to think that over time she becomes more confident and sure of herself and eventually becomes sort of a leader to the team.

Along with volunteering at senior centers she sometimes volunteers at animal shelters. She loves to take care of animals and help find them homes. She also has some other hobbies. She loves crafts. She’s really into jewelry making at the moment, mostly earrings and bracelets. She has a few plants she grows, mostly flowers. well now im just too invested in these characters

#marvel, #new warriors, #safespace, #screentime, #trailblazer, #b negative, #ahhh im so far in i gave them names???, #b negative is isaac harker as a reference to dracula, #screentime is morrison wyrm as a reference to the morris worm, #trailblazer is beelzebeth, #i dont have good ones for safespace or snowflake yet but i’ll update you
60 notes · See All
gritsandbritsText

I messed up the WIP for Trailblazer’s redesign so I’ll have to make a new one. ;_; I know I have said I will stay out of the discussion of the new New Warriors and Snowflake in particular but this concerns another character from that team.

Listen, I understand that many of you are disappointed in these new characters and see them as a failed attempt at proper positive representation. I understand some of you who are artistically talented try to take a knack at fixing them.

If you take Trailblazer, a character some pointed out may have issues regarding her powers and possible ethnicity, yes. But if you take a look at this character

And your idea how to “fix” her, how to make her a “better representation” is to make her skinny

And when people call you out on it, folk defending you give them the “Fatphobic Rhetorics: Greatest Hits” and even outright go on rants how “sjws” and “political correctness” are ruining everything and ruining “their” comics.

Then how the fuck are you any better?