Sorry it’s not all ass here 💸

British musician and lead guitarist of the Beatles.

He was an English musician, singer, songwriter, and music and film producer who achieved international fame as the lead guitarist of the Beatles. Sometimes called “the quiet Beatle”, Harrison embraced Indian culture and helped broaden the scope of popular music through his incorporation of Indian instrumentation and Hindu-aligned spirituality in the Beatles’ work. Although the majority of the band’s songs were written by John Lennon and Paul McCartney, most Beatles albums from 1965 onwards contained at least two Harrison compositions.

By 1965, he had begun to lead the Beatles into folk rock through his interest in Bob Dylan and the Byrds, and towards Indian classical music through his use of the sitar on “Norwegian Wood (This Bird Has Flown)”. Having initiated the band’s embracing of Transcendental Meditation in 1967, he subsequently developed an association with the Hare Krishna movement.

After the band’s break-up in 1970, Harrison released the triple album All Things Must Pass, a critically acclaimed work and introduced his signature sound as a solo artist, the slide guitar. He also organised the 1971 Concert for Bangladesh with Indian musician Ravi Shankar, a precursor to later benefit concerts such as Live Aid. In his role as a music and film producer, Harrison produced acts signed to the Beatles’ Apple record label before founding Dark Horse Records in 1974 and co-founding HandMade Films in 1978.

Harrison released several best-selling singles and albums as a solo performer. In 1988, he co-founded the platinum-selling supergroup the Traveling Wilburys.

Harrison’s first marriage, to model Pattie Boyd in 1966, ended in divorce in 1977. The following year he married Olivia Arias, with whom he had a son, Dhani. Harrison died from lung cancer in 2001 at the age of 58, two years after surviving a knife attack by an intruder at his Friar Park home.

Famous songs with The Beatles:

While my Guitar Gently Weeps

All Things Must Pass Reflection in the Thames river at Cliveden Estate, England 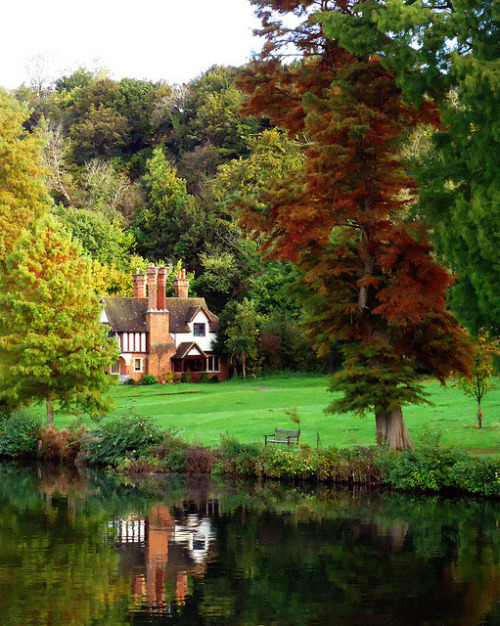 How’s everyone today? I feel so ill 😭

Professor John Ashton, former director of public health, United Kingdom, has said that scientific scepticism may be reinforced by the country’s rush to approve the Covid-19 vaccine for public use.
The UK’s rush to be the first off the block in contrast to its European neighbours may incite scepticism about science.
Writing in the Journal of the Royal Society of Medicine, Prof Ashton said that to…

DAY 4: today was a great day! Did a 2 minute warm up, then another warm up and some cardio beat, finishing off with some yoga. I felt a lot more limber today than I did yesterday and I think it’s starting to pay off for me!