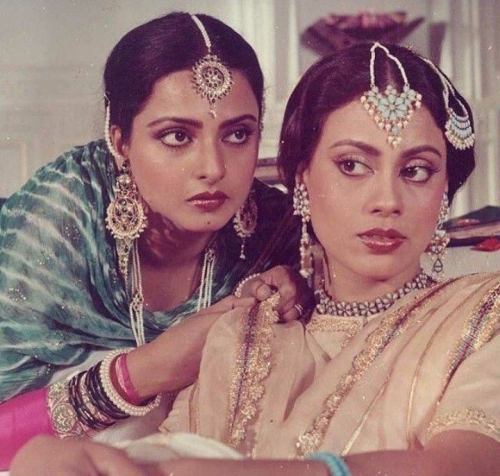 ‘Umrao Jaan’, a ghazal on celluloid.

Six beautiful songs by khayyam makes this movie a landmark one.

It is said that composer Jaidev was originally asked to do the music for the film. Jaidev was suffering from haemorrhoids (piles) then and, enduring the pain, he had even composed not less than ten songs for the film (sitting on a tyre to prevent discharge of blood). At the request of the filmmaker, Jaidev had suggested the name of Madhurani, an upcoming and emerging singer as the voice for the visage of the protagonist to which the filmmaker and his wife had agreed. As an afterthought, the filmmaker and his wife came up with the idea of recording the songs in the voice of a known and popular singer; a principled man that Jaidev was, he left the film without even thinking twice the huge difference it would have made him commercially. Eventually, the film’s music was scored by Khayyam and the result was magic.

This film helped singer Asha Bhosle resurrect her career in a big way. A lot of credit for this goes to Khayyam who asked Asha Bhosle to sing the songs at a scale lower than what she was used to. Asha Bhosle was sceptical to start with but was very impressed when she heard the end result and ended up winning the National Film Award for Best Female Playback Singer for her singing in this film. 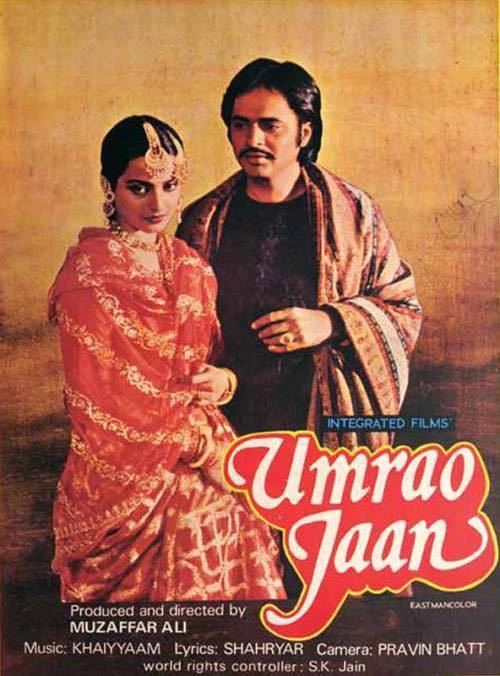 There’ are a lot of gold edged and embroidered dupattas in Umrao Jaan given the theme but a lot of simpler ones, often of the striped leheriya sort. 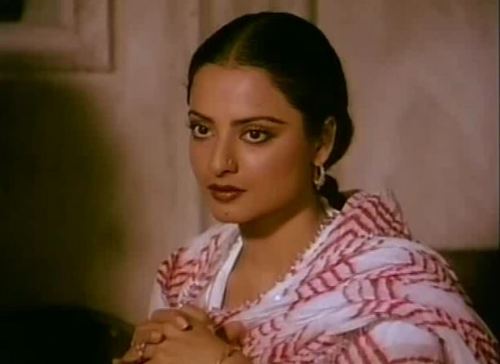 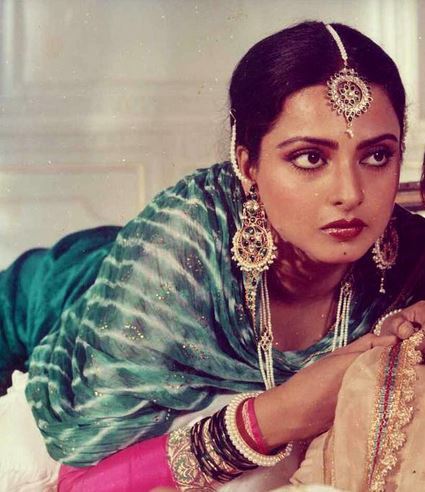 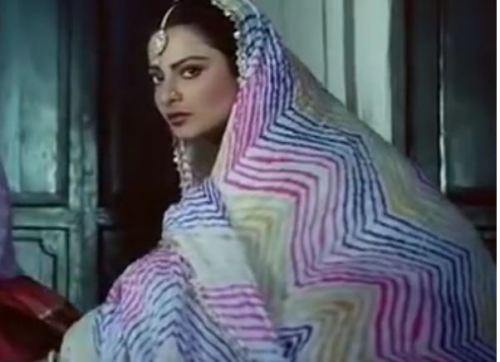