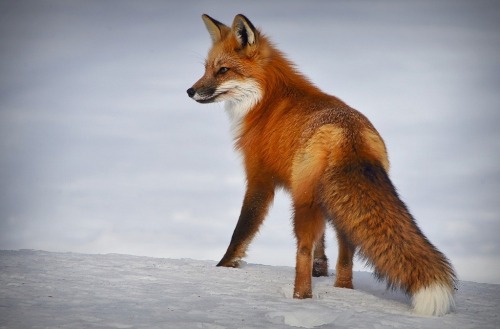 Some studies based on pictures of taxidermy of red foxes I took! Might do a sequel piece to this, might not. I had fun with this one either way. 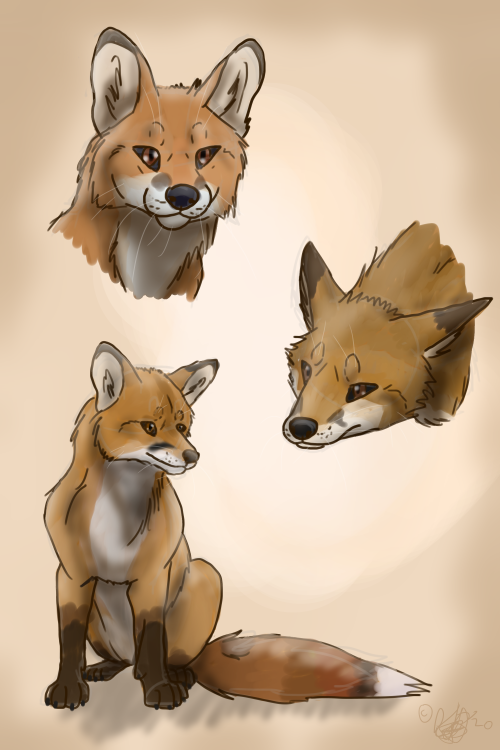 If anyone has a red fox spine in good condition, I’m in the market and will pay cash and cover shipping. Price somewhat determined by condition but rest assured I have an actual budget for this. I’d prefer not to buy one from the fur industry for my current project.

This is going to be a long term search probably, so if you don’t see any notes on this saying I’ve acquired one, I’m probably still in the market. 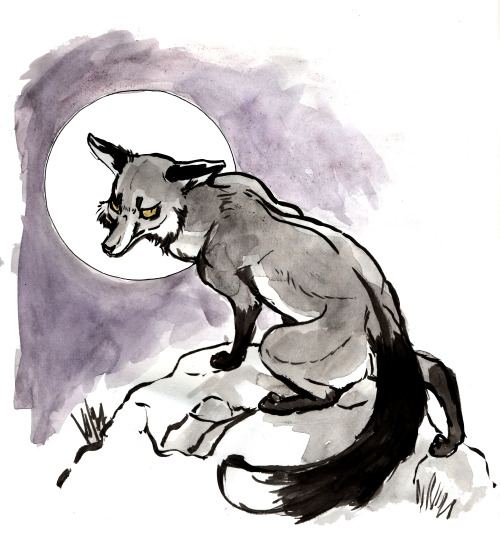 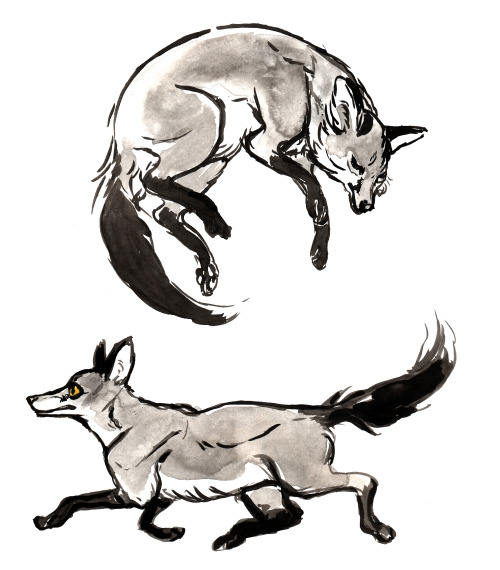 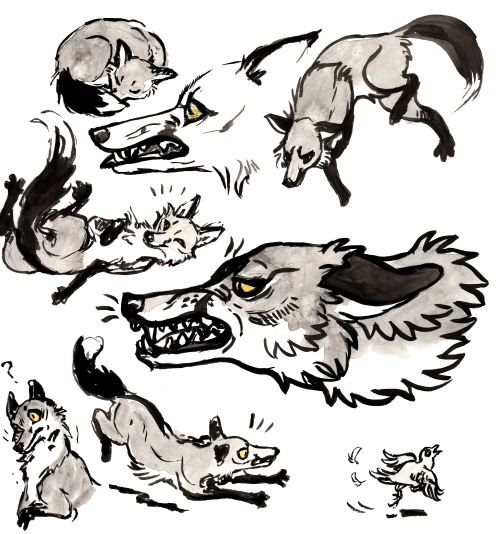 I’ve never seen a wild red fox in my home state but I spotted this poor beauty on the side of the highway today. I really wish that I could have seen her out in the woods where she belongs and this sight broke my heart. Please please watch for wildlife when you’re out on the roads; animals don’t understand why their world is changing and their forests are shrinking. We have to do better by them. 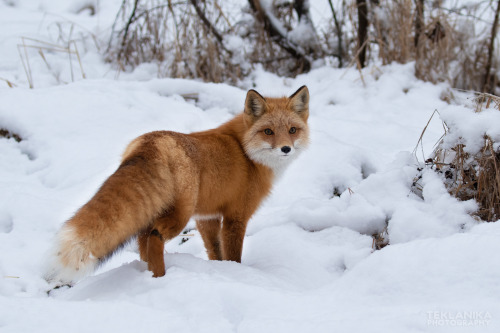 “Overlooking the fields below” 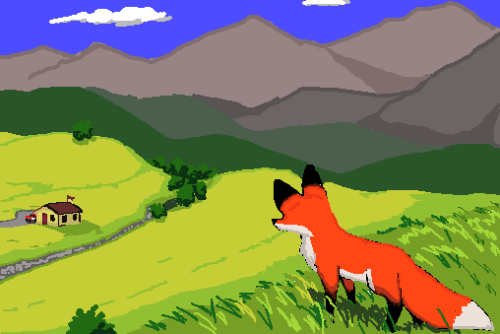 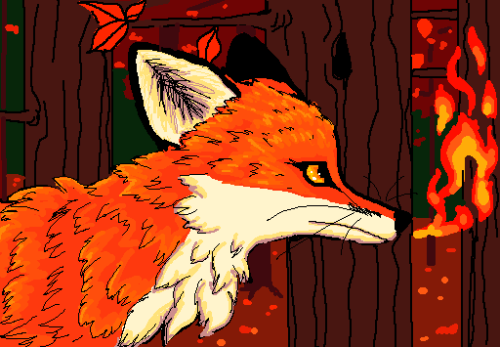 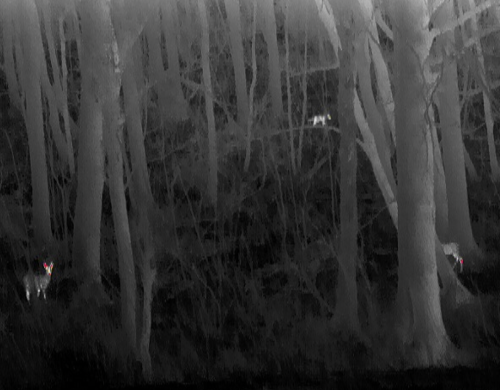 ( Driving slowly home under moonlight with an inch of new white snow on the roads. The seldom-seen wild fox that lives in my neighborhood ran across the road - and then all the way across in the other direction - and then back again. Zigzagging. Then ran down the hill to disappear into the trees. Not a very safe way to run, fox! Maybe fox was having fun with the snow. )

HISTORY: Patient presented late October after being found trapped in a building.

CASE RESULT: Patient spent approximately 45 days at the wildlife clinic for treatment and made a full recovery. Patient transferred to licensed wildlife rehabilitator to reacclimate patient to weather and monitor behavior prior to release.

Juvenile fox patient shortly after intake. Here, you can appreciate the hyperkeratosis (thickened skin) around his ears. This is due to a combination of the fleas and sarcoptic mange. Oral medication given to address fleas at this time.

LEFT: Patient was sedated for treatment. Muzzle used for medical team additional safety. Hyperkeratosis can be better appreciated on ears. Fluids given during exam for hydration support. No fleas appreciated at this time, but larva and eggs may still be present. Evidence of whipworm and sarcoptes scabii mites upon Sheather’s fecal flotation. PCV/TS suggests dehydration and anemia. Neutrophilia and lymphopenia noticed on CBC. Administered medication to treat for further stages of flea cycle and sarcoptic mange.

RIGHT: Patient was sedated for medicated bath to treat for sarcoptic mange. You can see the improvement in the skin and coat.

This image was taken about 2 weeks after bath. You can appreciate the improvement in the coat and skin. No evidence of fleas or flea dirt found. Skin scrape was negative for sarcoptic mange. Repeat PCV/TS suggests that anemia and dehydration has been resolved. Patient is eating and drinking normally and has been gaining weight steadily

After approximately 45 days of treatment and medical care, this juvenile red fox is ready to transfer to a licensed wildlife rehabilitator! He’ll be able to reacclimate to the winter weather, and the rehabber will make sure that he still knows how to fox before he’s released. 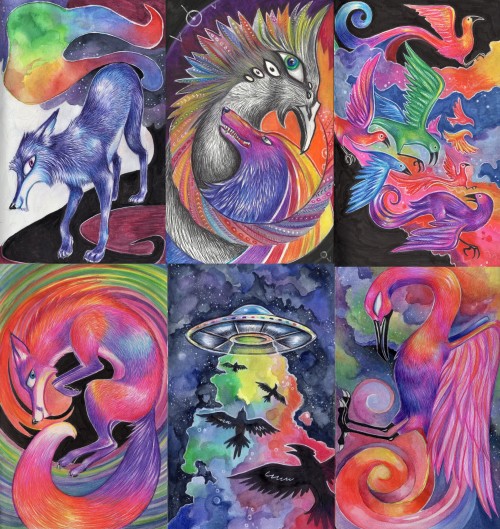 aeternitie replied to your post: the fox has a quest for you. do you: ⮞ approach. ⮞…

pavetta approaches and asks, keeping her eyes on the ground, “can i… pet you when i’m done? just once?”

you have decided to APPROACH the fox. as it happens, being a fine gentleman, he does have a weakness for POLITE ladies. he pauses as he considers your offer. “SINCE YOU ASKED SO NICELY,” sir fox says brightly. “OR YOU CAN PET ME FIRST —– I’M AFRAID THIS QUEST REQUIRES SKILL WITH A BLADE, UNLESS YOU HAVE IT.”

⮞ insist you are very skilled with a blade! you want to help!
⮞ reprimand him. impolite to assume a lady cannot handle herself in battle.
⮞ take the offer and kneel to pet.

#aeternitie, #🦊 interaction., #april vulpes day ., #HE'S ONLY GONNA BEHAVE WITH HER LaskJFAFSK J
2 notes · See All
starlyhtText
dreicha replied to your post “the fox has a quest for you. do you: ⮞ approach. ⮞ avert your eyes &…”

you have decided to APPROACH the fox. he looks up at you through wide rusty eyes. “O-OH,” he manages. he swishes his tail, clearly embarrassed. “A DRAGON! JUST THE TYPE I’VE BEEN WAITING FOR!” dragons, of course, are far more heroic than gentlemen or fair ladies. don’t they also love treasure?

⮞ hail him as you would any other fine gentleman under duress and wait for him to tell you what’s wrong.
⮞ tell him to cut to what he wants; you just know he’s a talker.
⮞ express SHOCK because FOXES CAN TALK???

agentharrisonofshield replied to your post: the fox has a quest for you. do you: ⮞ approach. ⮞…

C) Does not avert her eyes, for foxes are known to be tricksters, but neither does she stare the fox down, back away, or accept without more information.

you have decided to APPROACH the fox, and cautiously at that. this, in fact, impresses him. he looks up at you through bright rusty brown eyes and makes no attempt to flee.

not only are you cautious, but you seem you could be the heroic type. “LADY DEAR,” the fox begins, as any other fine gentleman would, “I APOLOGIZE FOR BEING SEEN LIKE THIS….”

⮞ address him as you would any other fine gentleman under duress and wait for him to tell you what’s wrong.
⮞ try to pet.
⮞ immediately cut to what he wants.
⮞ express SHOCK because FOXES CAN TALK???