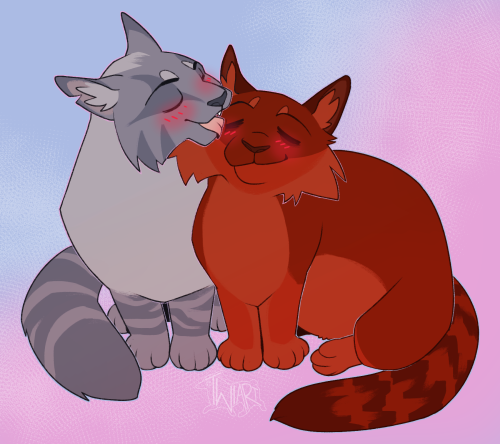 Trying out a sort of new style!!! First one is a custom I made for a friend over on discord and the second is my baby Bravekit from clans of the summit!!! She’s found by a cowboy and an edgelord and is immediately adopted by both.

I made a blog for my warrior cats designs  hawks-battle-cats.tumblr.com

Some WCOTW art I did last year before I started this design project! We have Leafstar, Lightning Tail, and Crowfeather. 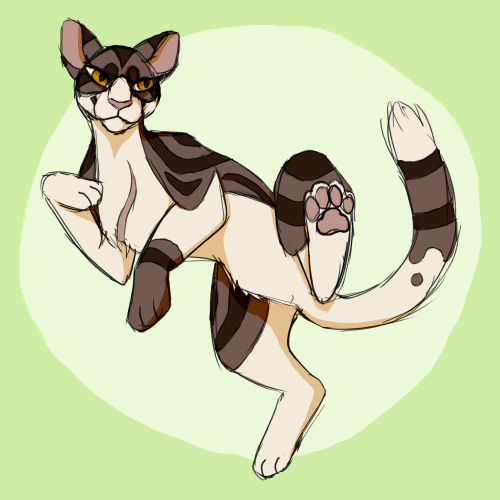 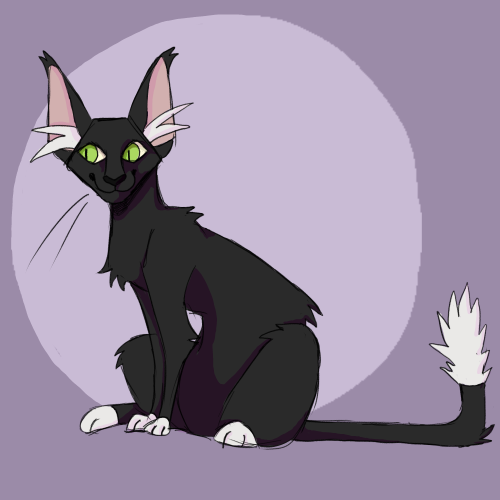 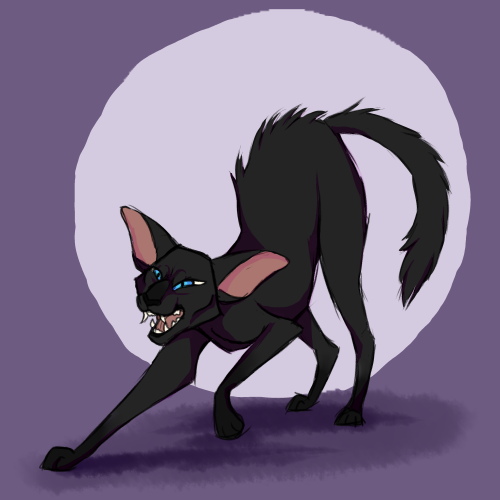 Anime Firepaw! He has a sailor collar instead of a normal collar!

Yall ever. Think abt how many times tigerclawstar got dunked on by literal children. The kids know a bitch when they see one ig.

I’m willing to draw other furred species as well (dogs, rodents, etc.), but it might take longer for me to finish.

whitenose (left) and tapiocawave (right) have a lot of history behind them.

whitenose had a failed marriage back in her home clan with a tom named featherswoop. she had two adult children with him.

whitenose moves on to flipclaw of bluffclan, and she has kits with him. tapiocakit is taken away from her at birth, forced into bluffclan, and flipclaw is exiled. after a moon on the run, whitenose and flipclaw break up. she returns to her home clan, tideclan, and her two adult children are estatic. she tells the clan that her kitten died, and everything is calm..

25 moons pass, and whitenose has a run in with a bluffclan patrol. in it is her ex-mates, flipclaw, brother, runningwhisp. they flirt together for a passing moment, then part. runningwhisp continues to visit whitenose in secret, and they fall madly in love. whitenose becomes pregnant, and knows that every relationship she’s had being a mother has failed. out of fear and denial, she gives birth 3 moons later, and leaves the kitten at the palmclan border.

tapiocawave has no idea of her half siblings existence. she hates her mother and father with every ounce of rage inside her, as well as the leader who exiled flipclaw. when she discovers this new kitten.. she won’t be happy.

stick man…….. this design is slightly questionable but thats my whole brand 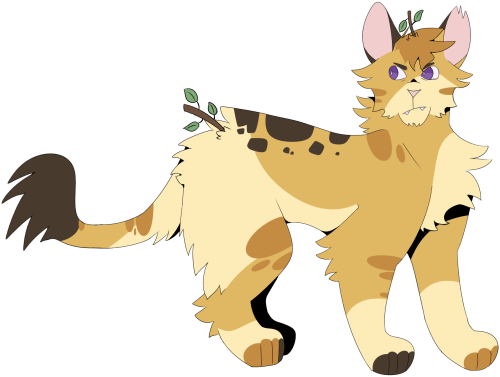 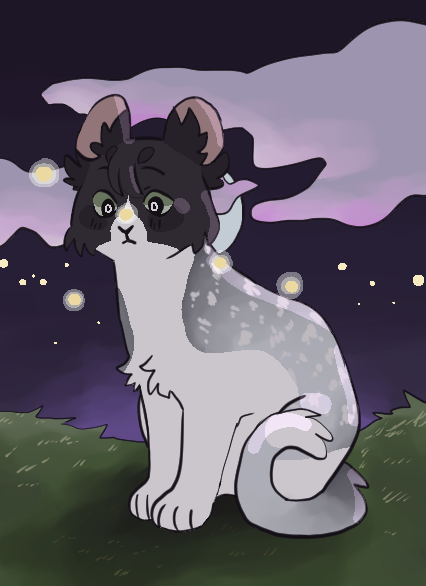 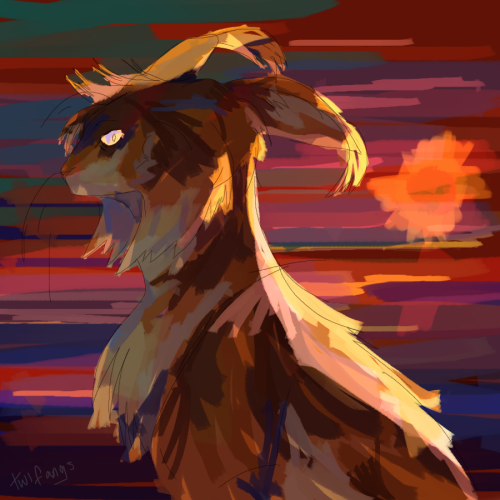 out of all the dark forest cats with unknown histories, who would you be most interested in learning more about?

I had an idea for their designs yesterday so I had to draw them. I vaguely recall drawing them years ago as I drew a lot of ThunderClan cats around the time The Fourth Apprentice came out, but I don’t really recall what they looked like and I don’t have any of those old drawings anymore. The wiki just says Hazeltail is small and Mousewhisker is big, so… I did that. I liked the idea of them either looking the same except for maybe one minor difference, or having reversed markings. Mousewhisker has pants and Hazeltail has a sweater.

🍃 darktail wonders around alone either catching something small or eating already dead animals (which isn’t very helpful poor guy) and one day windclan warriors stumble upon him, they find him ill and weak and tallstar decides to take him in

🍃 Darktail is morningflower’s nephew but he sees her as good and loving mother and his little cousins as siblings, he’s watching over them from time to time and they practice togheter when they’re older (him and gorsepaw being best buddies yes please)

🍃 After whole tigerclan fiasco (and gorse’s death :c ) he’s one of cats that joyfully fights with bloodclan cats and is more than happy seeing tigerstar die