Part of my fanart for @hansbekhart​‘s haunting, beautiful ongoing fic, “The Roots Grow Riotous”. Full pic below the cut.

READ THIS FIC (beware tags and rating though, it’s intense). 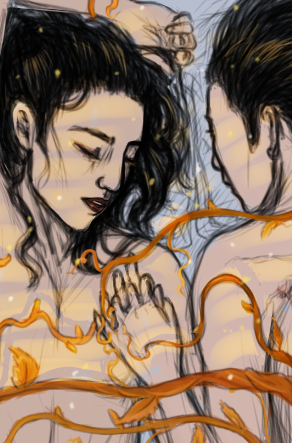 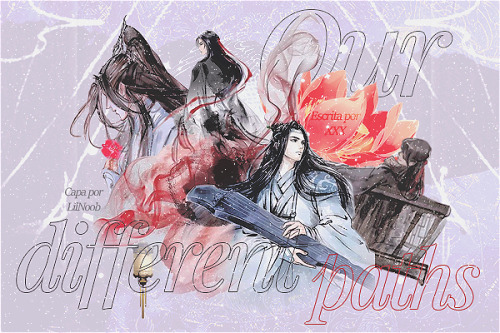 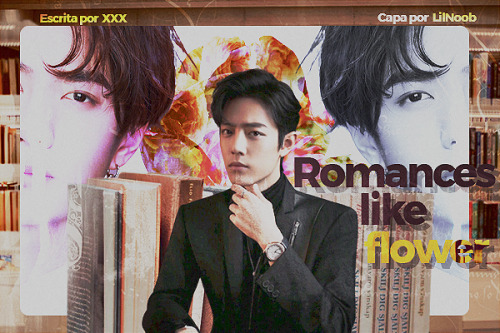 Wei Wuxian has 2 sisters and 2.5 brothers and no, you can’t change my mind.

As if he’d anticipated such an attitude since a long time ago, Lan WangJi nodded slightly and closed his eyes.

And that marked their farewell.

It wasn’t supposed to hurt him. Ouyang Zizhen had used the talisman before, on his sister and his sister’s idiot fiance (Now he was her fiance. Before the talisman, he’d just been a shixiong who absolutely refused to confess his feelings to her). In retrospect perhaps it was unkind. A talisman that was meant to force you to confess what you were hiding from the other person? Jiujiu would have smacked him for even thinking about using it.

Jin Ling would punish himself if it would help, would do anything, to snap the talisman, or to get his stupid uncle to just say his stupid secret, because right now?

Right now, his uncle is choking on his secret, literally forcing it down by strength of will alone while Wei Wuxian flutters around desperately, trying to destroy the talisman and Hanguang Jun plays his guqin. The spiritual energy from the Lan musical technique is so heavy that Jin Ling’s skin buzzes with every note, and it’s even more concentrated on the three older cultivators, visible threads of it sparking over their skin.

Jiujiu still looks like he is in agony, breaths harsh and ragged, choking, his face screwed up, twisted, awful.

“Jiang Cheng please, please, just spit it out, I don’t care what you still blame me for, I don’t care just say it,” Wei Wuxian begs, but it’s no use, his uncle shakes his head no, and Jin Ling covers his own mouth to stifle a sob. He hadn’t listened when Jin Ling begged, either.

LWJ: falling in love? I could never-

[WWX sneaks into the cloud Recesses and starts provoking chaos]

LWJ: some catch me, SOMEONE CATCH ME, IN FALLING, I DoNt KNOw wHaT tO Do

Chibi donghua gave us this romantic still 🙏 Asks what is odd about the shooting star, can you see it?

it starts, like those things between them often do, as a competition. a push and pull, one of the hottest yunmeng summers. they’re both freshly freckled and still sun-warm even as it sets, tipsy and giggly with the wine wei wuxian stole for them from the kitchens.

A quick doodle of WWX, because I am short on time today.

[Once during Gusu school days]

Lan Qiren to Wei Wuxian, Jiang Cheng & Nie Huaisang: Why is it when something happens it’s always you three?

Jiang Cheng: Believe me, I’ve been asking myself the same question for a long time.

Omg yes this is perfection!!!!!

the world is wide. there must be a place for us.