“I’m dealing with some collateral damage of my own, bub.” – Wolverine 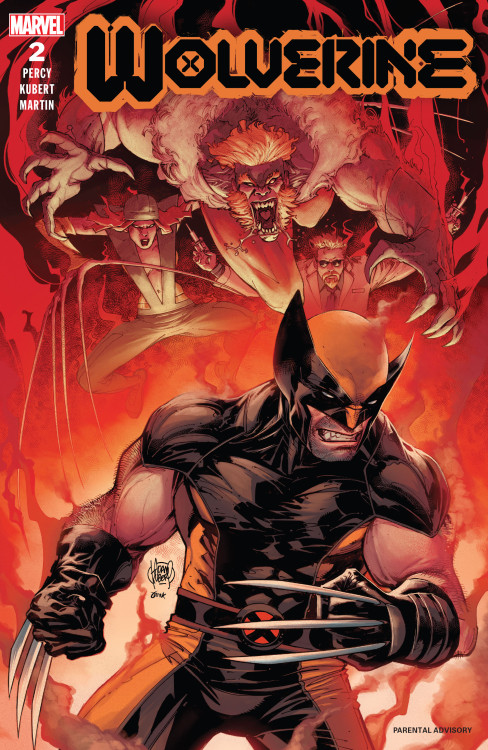 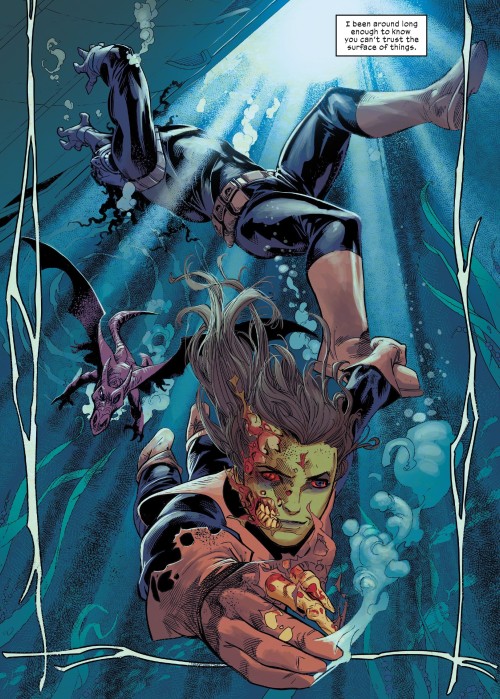 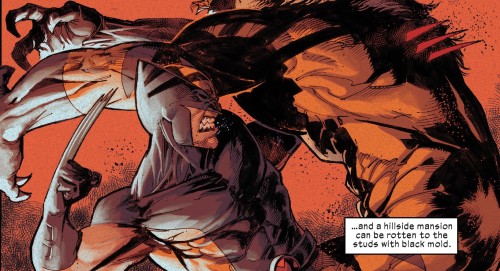 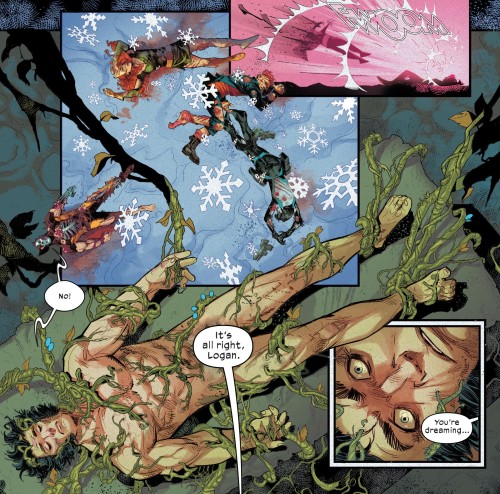 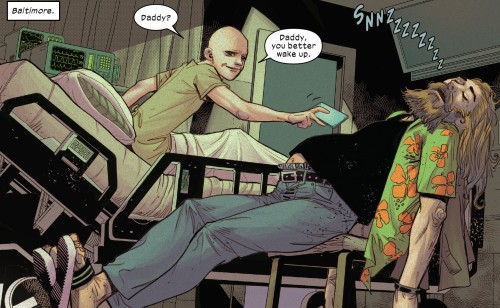 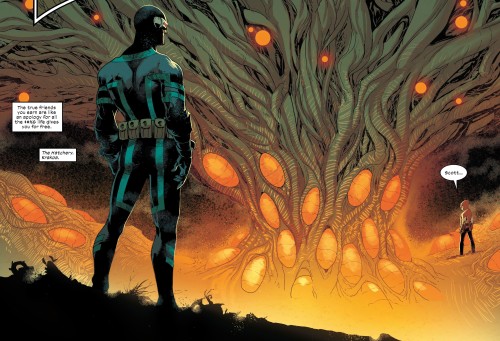 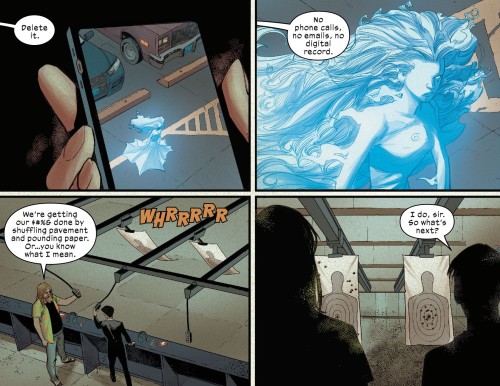 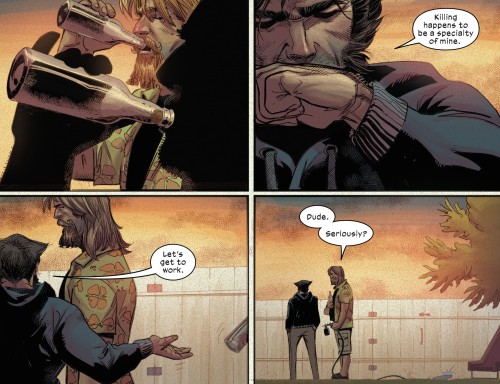 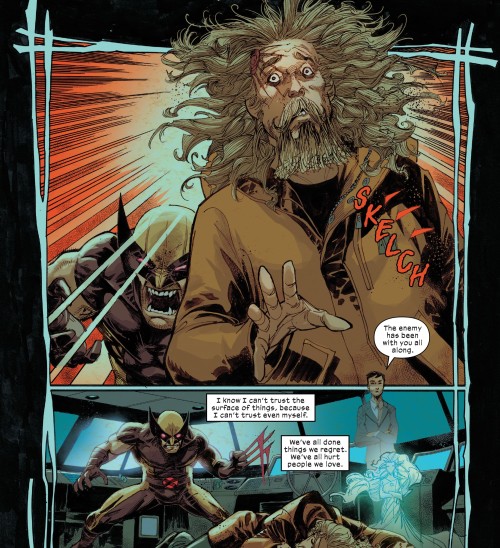 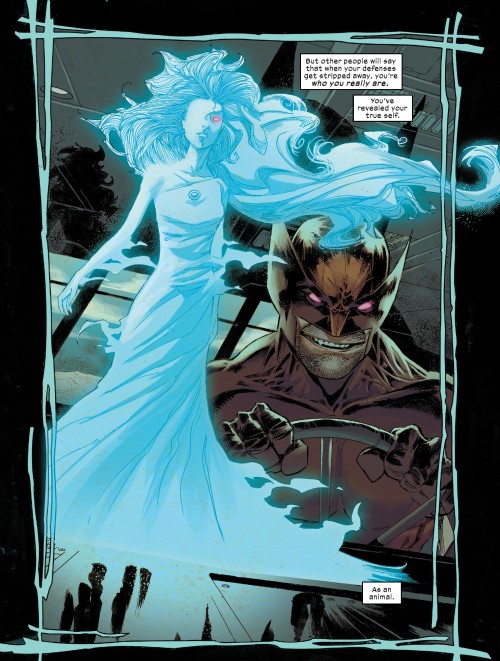 he just has the vibes of a “im gonna go chop some wood without a shirt on, tell the village to prepare popcorn for the show” kinda man ya know

#logan howlett, #wolverine, #marvel, #x men, #ya knoow, #listen i always was a fan of wolverine; its the angry tiny man in thights thing that i like, #but when i found out that that furry is bi i was soooo happy man
0 notes · See All
a-marvel-whovianText
#wolverine, #x men the animated series
2 notes · See All
suitedmenText
#hugh jackman, #actor, #tuxedo, #bow tie, #formal, #style, #sexy, #handsome, #suave, #fashion, #x-men, #wolverine, #the world's greatest showman
21 notes · See All
arterial-scribblingsPhoto 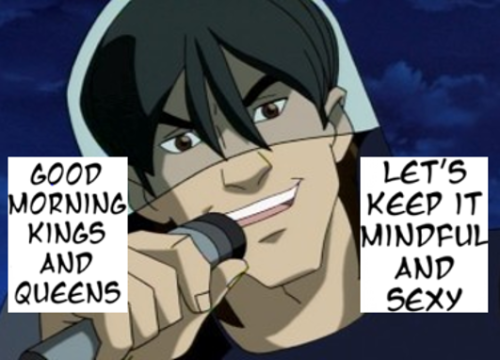 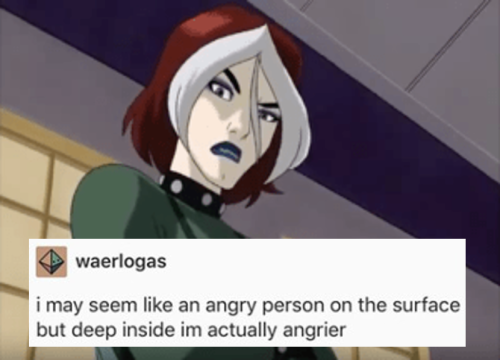 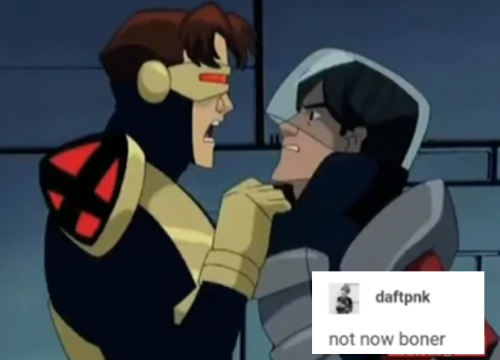 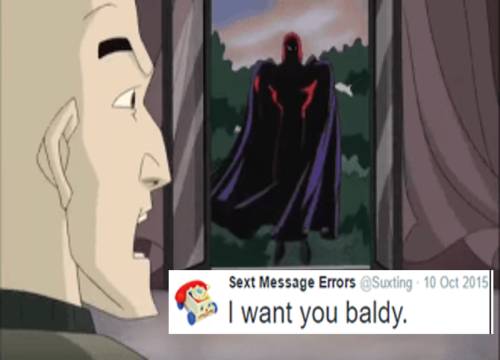 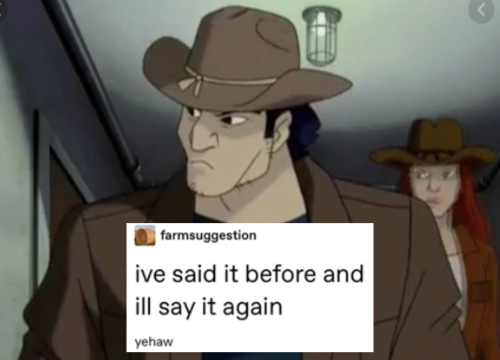 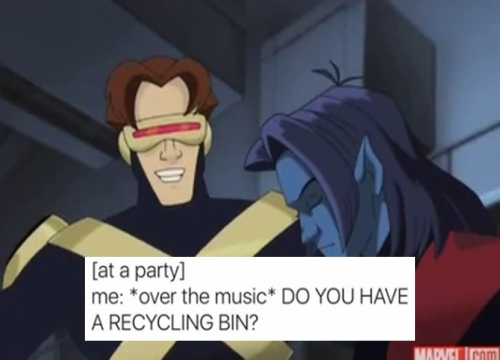 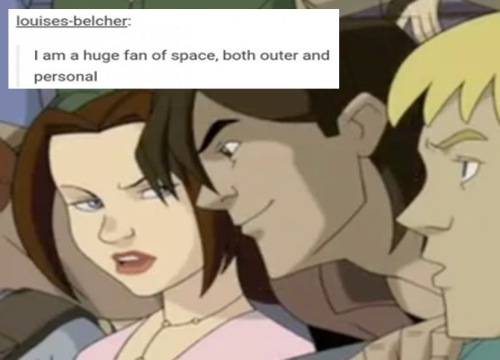 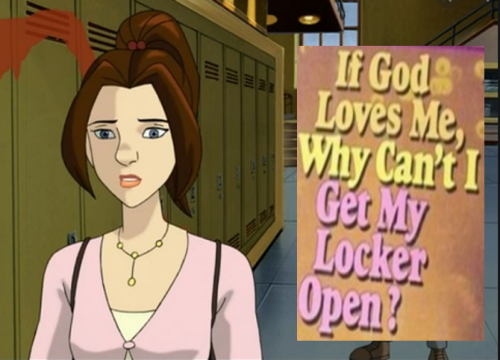 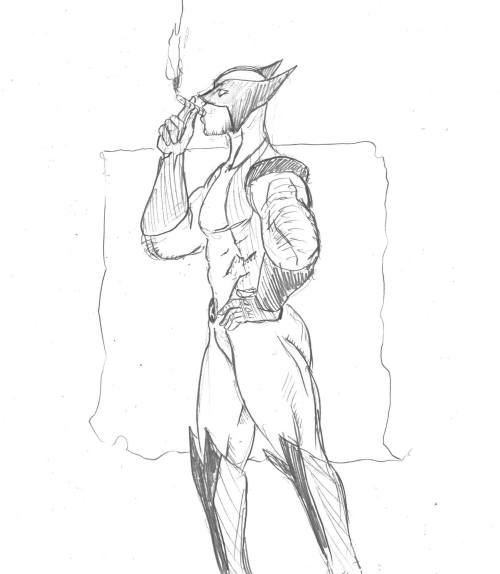 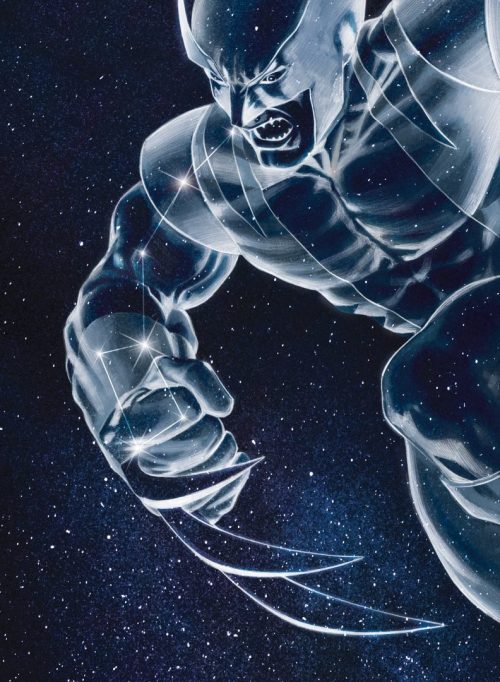 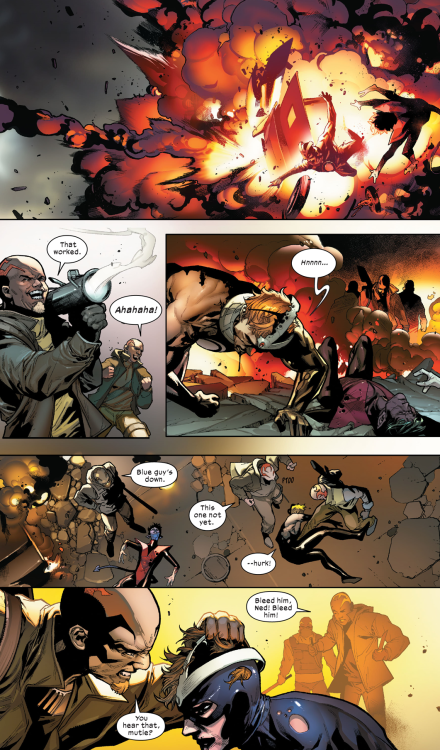 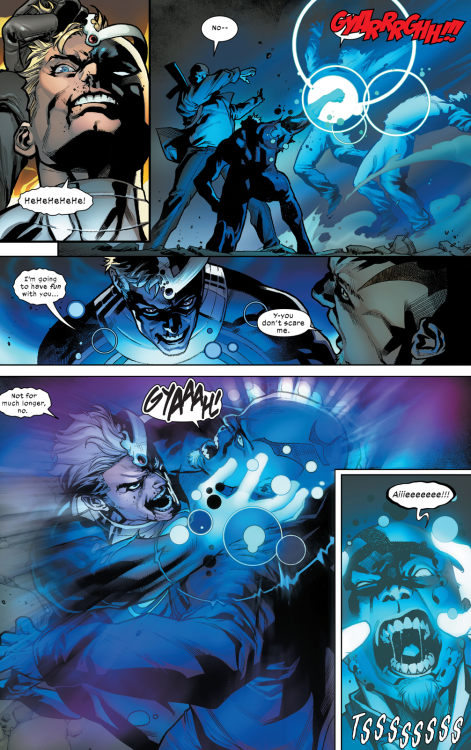 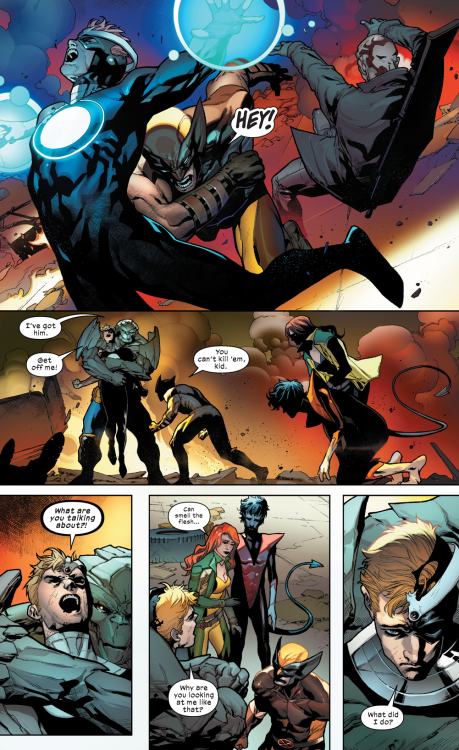 Except it makes sense if you add House of M, where Wolverine wanted to kill Wanda for the fact that she was dangerous, and had the potential to warp reality. Which she later does.

Then there was the whole Decimation thing.

Now in comes Billy. He has Wanda’s powers and is arguably even more powerful than her, and he accidentally put a bunch of terrorists in a coma. He then escapes to Wundagore with Magneto to find Wanda.

Wolverine thinks that Billy is just as much a threat as Wanda, which doesn’t many any sense. But the X-men are sometimes assholes who don’t take other people’s feelings into consideration with the things that they do.

So Wolverine wanting to kill Billy isn’t quite that far fetched, because he sees Billy as another threat to mutant-kind and to the world like Wanda is… who he also tries to kill in ACC.

“Yeah, he’s already down in the basement. They have several guards surrounding him. He’s not going anywhere. But, he refusing to talk unless it’s…” Clark said, letting out a heavy sigh. “Owen, he says he will only talk with Laura. The boss wants her in here now.” Owen glanced at Laura who was just staring out of the window.

“Tell him he can wait till tomorrow, Laura had a long night. We both did.” Owen said, then he hung up the phone before Clark could reply. “Sorry, I didn’t even bother asking you if tomorrow was okay. If it’s not, I can have them reschedule it.”

“It’s fine.” Laura said as she kept looking out the window.

“Okay.” Owen said, nodding his head slowing. “I’m sorry about tonight. I was hoping to take your mind off of things, but..” He let out a sigh. “Things never go as planned now do they?” Laura nodded her head. “Are you okay? You took a lot of hints back there for me.” Laura nodded her head. “Thank you for that by the way. It’s twice now you saved my life.”

“Your welcome.” Laura said, laying head against the window.

They drove down the road not speaking a word to each other. There were the occasion sighs and sounds from Laura adjusting herself. Owen would look over from time to time, but all she did was kept her eyes on the scenery. After a while, Owen couldn’t deal with it. Not because it was silent, but because he had something on his mind. Will, someone.

“So, Eric?” Owen said, tightening his grip on the steering wheel. “Want to talk about that wanker or you still going to stare off to the distance?”

“Why do you insist we talk about him?” Laura said, looking over at him.

“Because he’s.. you know…” Owen said, looking at Laura was staring him down. “A mutant.” He looked back at the road. “ And he’s not in our books. So we need to know more about him. To find out he’s a threat or not.”

“Bull fucking shit.” Laura said, looking back out the window. “You want to know about him because he said we were lovers.”

“Ex lovers.” Owen said, without hesitation. “Or maybe you’re having second that’s about the ex part. Since you allowed him to get so close to you and touch you.” He looked back at Laura as she looked over at him. “Not to mention you made it clear to him we were just friends. Sorry, barely friends.”

“We are barely friends, because of moments like this. Also, you’re about to get us hit by that car.” Laura said, making Owen look at the road as he swerved back into their lane. “Your welcome.”

“Thanks.” Owen said, focusing back on the road as he looked over, seeing the lumberyard in the distance. “Lumberyard.”

“Eric said, Victor met him at a lumberyard a few weeks ago right?” Owen asked and Laura nodded her head. “Victor had to be at the lumberyard the night before you came to headquarters. Because the report of him being sighted was on my desk that day you came. So…”

“Wait,” Laura said, looking at him. “You guys were looking for Victor too?” Owen nodded his head. “So you guys knew he was out there this whole time, even before you guys brought me in?”

“Yeah,” Owen said, nodding his head. “We spotted him a few times but we…” He let out a sign. “We never told you, just like Eric never told you.” He looked over at Laura as she looked away. “Laura, I’m sorry I didn’t say anything. I just…”

“What?” Owen said, watching her unbuckle her seat belt. “Laura, what…”

“Pull the fuck over!” Laura said and Owen pulled over and slammed on the breaks. “I can’t believe this shit.” Laura jumped out of the car and slammed the door behind her. “Why isn’t anyone telling fucking shit?!”

“Laura!” Owen yelled as he got out of the car and followed her. “Laura get back in the bloody car!”

“No!” Laura yelled as she turned back around to face him. “All I wanted was to know where Victor was! Where my goddamn family was!” Owen stopped in his tracks and stared at her. “But you and Eric, both wouldn’t open your fucken mouths and tell me!”

“Laura, I’m sorry.” Owen said, walking over to her slowing. “With everything going on, I didn’t think of..” Owen stopped walking when Laura started to cry. “Laura?”

“Do you know what it’s like not knowing who you are because there’s this piece of you missing?” Laura said as she took a hold of her father’s dog tags. “I only had a few days with him. Even then, I didn’t get a chance to know him. All I know about my father is what I read in the comics.”

“What about your mother?” Owen said, slowly taking a step towards Laura. “Didn’t Diana tell you anything?”

“My mother told me what she knew about him but…” Laura said, taking a deep breath. “But she was only with him for a while. What she knew wasn’t enough. That’s what I needed to find Victor. Because…”

“He was there from the beginning.” Owen said and Laura nodded her head.

“He was there when my father was born.” Laura said, stepping closer to him. “Victor can tell me where my father came from. What he was like as a kid. What he was like before Alkali, before the wolverine. When he was just James Howlett. Victor is the only one that can tell me what I want to know. Only one that can give me that piece I lost back. I just…I …”

“It’s okay.” Owen said, wrapping his arms around her as she cried into his chest. “I know how you feel.” Laura looked up at him as he looked down at her. “I was young when I lost my mother. I have some memories with her but still, I feel like I still don’t know her. I asked Deckard about her all the time. Talking to him helps me get part of her I lost back. So,” Owen started whipping her tears away. “If talking to Victor will help you get part of what you lost back, I think you should talk to him.”

“Thank you Owen.” Laura said, giving a hug before she quickly pulled back. “What about your boss? I doubt that dick head will let me ask Victor personal questions.”

“Yeah, your right.” Owen said, letting out a sigh. “We’ll need a distraction so you can get in there and ask questions.”

“How are we going to distract him?” Laura asked.

“I can help with that.” They both jumped and turned around to see who was behind them. They looked at each other and back towards Eric, dumbfounded. “What?” Eric said, smiling. “I am a tracker.”

Gif: All gifs were created by me using giphy and ezgif 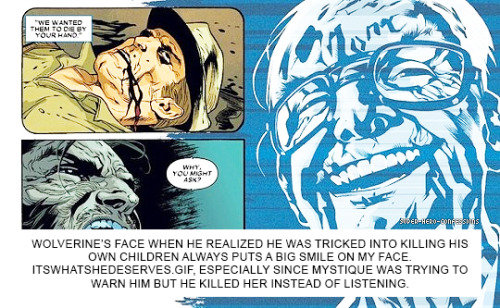 Wolverine: I’m not your husband.

Deadpool: if you’re not my husband than why do you always put your hard pointy end in me?

Wolverine: That’s me stabbing you, Wade.

Deadpool: exactly, you’re putting your hard pointy end in me. 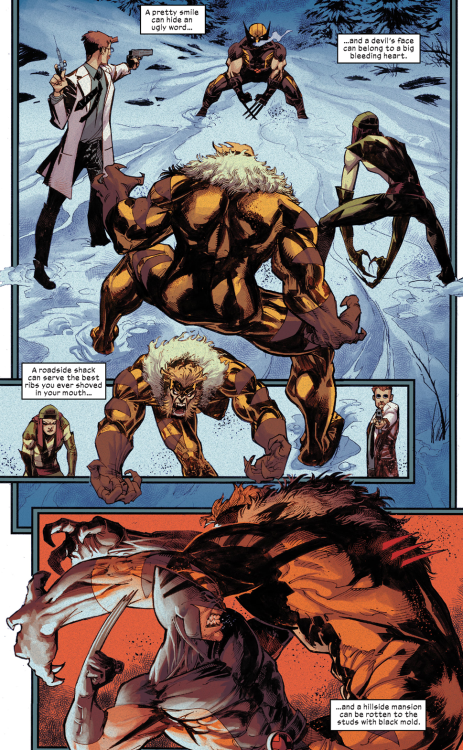 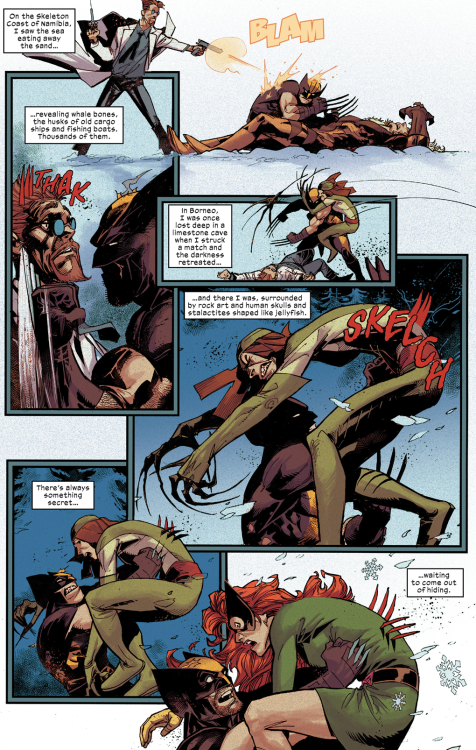 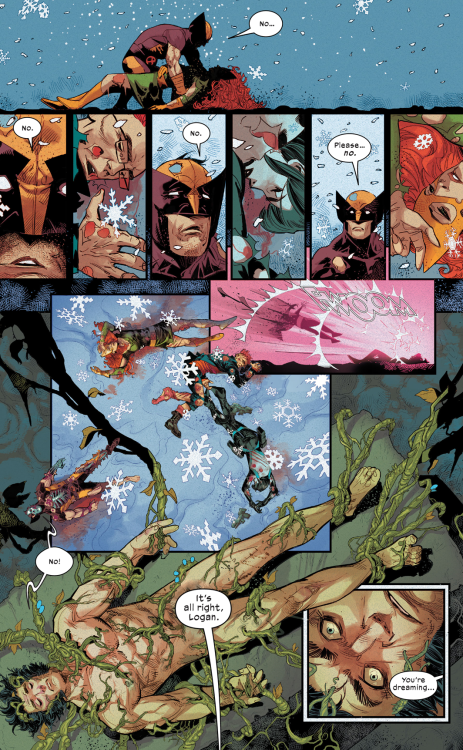