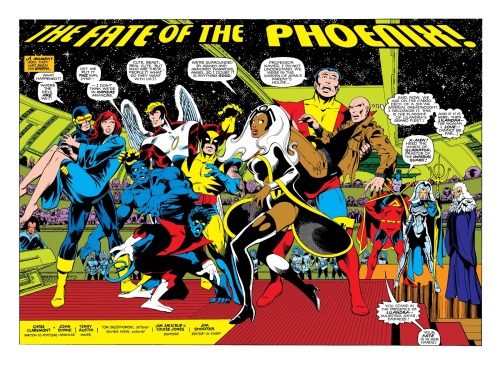 Gambit and Rogue by SeanE Aww ya know what? This makes me somewhat sentimental for the adult X-Woman version of Jubilee we never got. Kitty Pryde went through these same character beats and self-doubts when she was younger, but now she’s a fully fleshed out adult with many years of character development behind her; another version of what young Jubilee is so fascinated with in these panels. But Jubilee’s character never got that vote of respect. Did she? Didn’t she get turned into a vampire or something? Just the fact that I have no idea what happened to Jubilee in the modern comics is a pretty good sign that the adult version of her that I’m talking about never materialized. I guess I could be wrong, and I’ll find out in about 25 years when I catch up to the modern comics. (Uncanny X-Men #244 – May 1989)

X-Men Screenies Computer Monitor Frame, 1994.
Original art from the product. A thick cardboard frame the attached to front of your computer monitor with velcro and framed it with your favorite X-Men characters. Of course, this was when everyone had small monitors that weighed 50 lbs, they would not fit any modern monitors now. 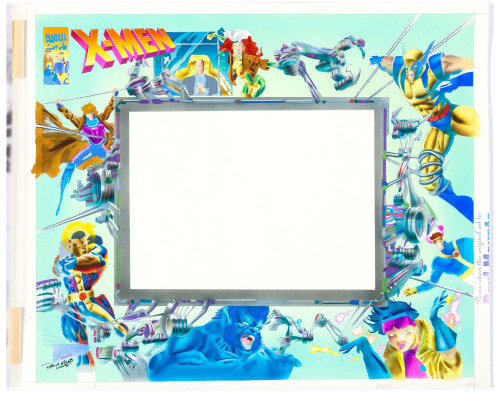 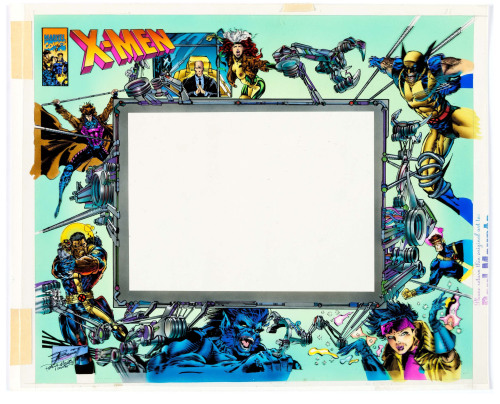 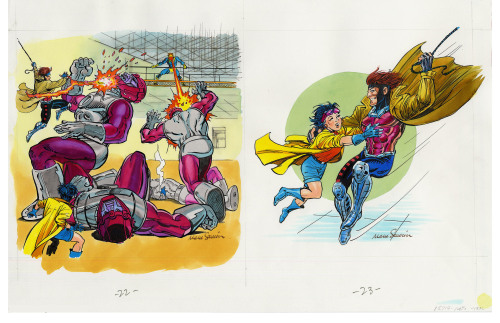 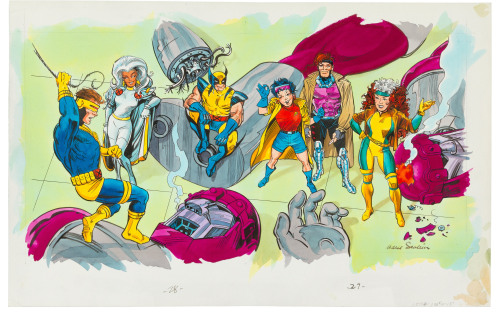 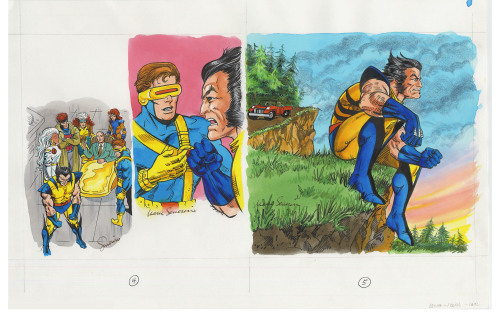 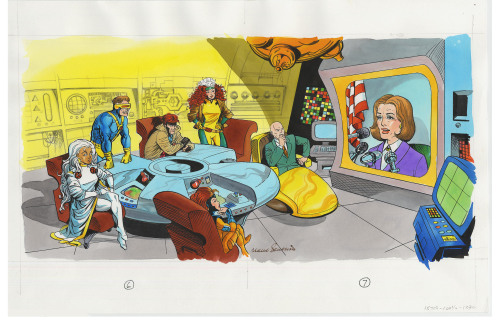 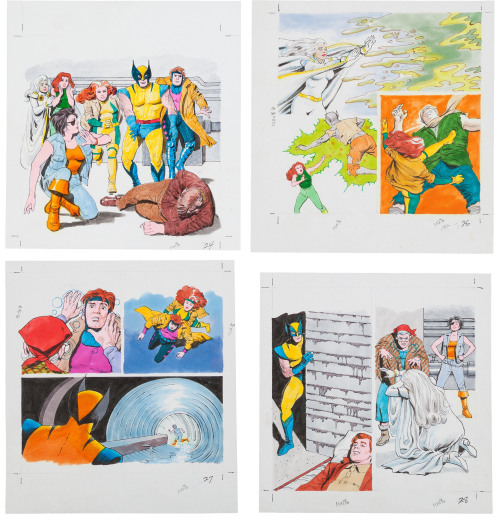 Summary: Y/n and her twin brother, Warren, are both mutants. In a world where mutants aren’t accepted, Y/n and her brother have to go on the run as anti-mutant extremists begin hunting their kind down. Sam and Dean are hunters, just not mutant hunters. However, their paths cross and despite a rocky beginning they become allies against not only the war against mutants but the war against mankind.

A/n: Just for those who don’t know Y/n and Warren haven’t met Bobby from Supernatural. The Bobby they’re referencing is Bobby Drake (Iceman) from X-Men.

Originally these three longline trading cards were given away free inside of Hanes underwear packs. After some parents complained about the “suggestive” women on the cards being packed into young boys underwear, Hanes pulled the cards and replaced them with reprinted art of just the male characters. 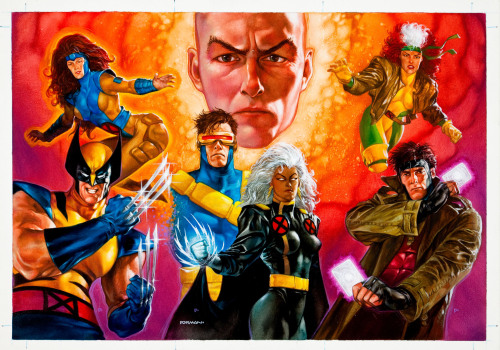 If you have daddy issues, you also have a middle aged male character that you wish was your father and take after them like you would a real father. 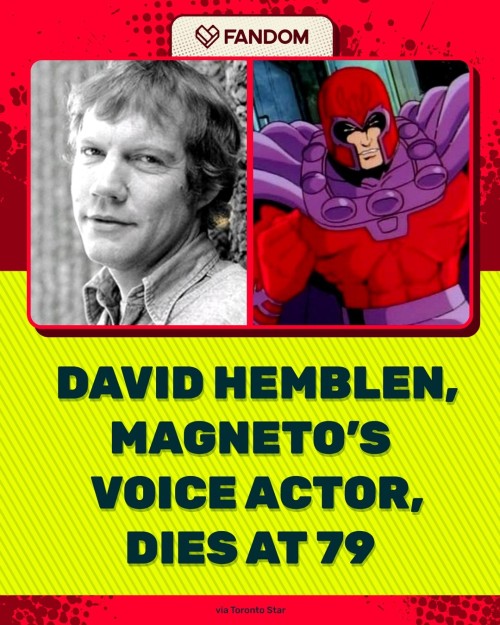 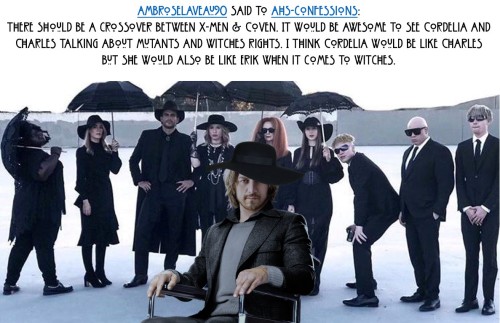 🔥🔥The X-Men as Iconic rockstars💗💗

emma frost in her diamond form. 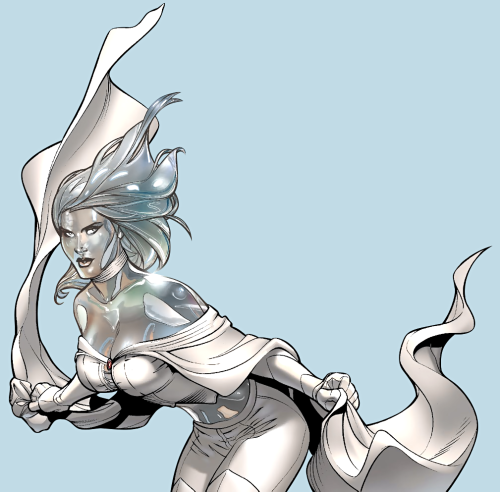 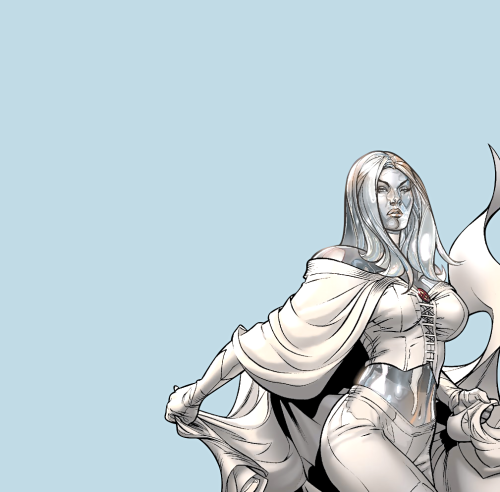 “Serving as a front-line member of several teams, and even leading a team of her own, she has proved herself a hero a hundred times over. […] She is a formidable force and a priceless asset to the X-Men.”

The origins of Rogue. 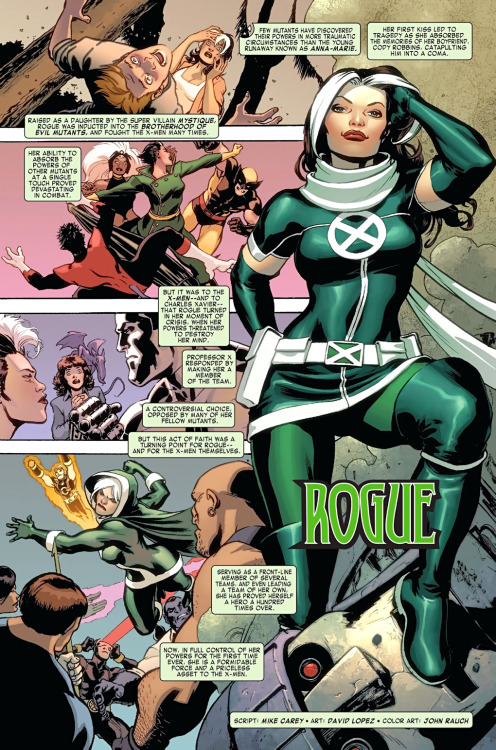