I have to see Nesta letting her hair down. I don’t know why, but I need it.

Ok so are Illyrians meant to be brown and black peoples and like what shade do you think??? This always stumped me. Please respond, I’m really interested in what people think lol

One thing I never understood in SJM books was why “friends” use knives to stop fights or… was hw planning on killing a member of his IC just bc she recited to something Rhys said that was incredibly stupid?

THIS IS WHY I HAVE A LOVE-HATE RELATIONSHIP WITH BERON. HE’S JUST… SO.. DAMN.. FUNNY. AND HE CALLS OUT BS… AND HE DOESN’T PRETEND TO BE NICE WHEN HE’S NOT !

If he wasn’t so backwards and a little bitch to his wife, he’d fs be one of my fav characters, if not my favorite

I just finished the Throne of Glass series and A Court of Thorns and Roses series. I just want to say Sarah J. Maas is brilliant and those books brought me to tears but joy.

Also, Fenrys and Azriel are my favorite hands down

i only revived this account because someone said they were talking about my fic on here?!?!??!? I will find the post if its the last thing I do I stg

I kind of feel guilty that I’ll suddenly forget Elain is a character because of how little time she gets in the book.  

I know there’s a lot of people on this App that understand/relate to the crazy stuff Amarantha did to Jurian    after what he did to her sister but I just can’t.

I don’t know about anybody else but for some reason I seem to imagine Nesta as really tall. Like almost 6FT tall. 

question. i just finished acotar and felt like i didn’t want to continue with the series, but should i??

ok so here’s the thing about everyone fliipping out and whining about the ACOSF cover… who fricken cares? was I excited for it? yes, absolutely. was it different than expected? also yes. do i hate it? absolutely not, its kinda really dope looking. and you know for a fact, that if someone had that as a tattoo (because it was designed by a tattoo artist) you would think it was really cool too.

in the grand scheme of life, it is a book cover. it will not make or break whether or not the actual content of the book is good. if it doesn’t match your bookshelf aesthetic, buy a dust cover for it because the last time i checked i bought books for the actual content and not the cover. yes the cover helps entice a reader to wanna see if its worthy of their time and money BUT THERE IS LITERALLY A SAYING “DON’T JUDGE A BOOK BY ITS COVER”

if the reason your pissed is because it’s orange - “Red-orange corresponds to desire, sexual passion, pleasure, domination, aggression, and thirst for action.” apparently this is a spicy book. orange here makes sense. “well its more of lucien’s color” - are colors now owned by fictional people and therefore can only belong to that one specific fictional person and no one can ever wear / identify with it from the moment that character claims it? because if so then my options are limited to nudity because all the colors are taken

“well it looks like a mask and that has to do with tamlin and the spring court and blah blah blah blah” - like bro, maybe, just maybe, its a metaphor… “Masks cover the face, hiding emotion and personality… A mask may allow its wearer to emphasize one facet of themselves, or submerge themselves and perform acts that are totally out of their character. They also protect the wearer from actions of their own and others.” nesta has had so much trouble coming terms with being Made into a high fae, as well she should. and especially in acofas, nesta acts completely out of character, due to the ptsd, anxiety, etc. of all the things she has dealt with in the past year as a coping mechanism, so putting on a mask to hide her from herself and others makes sense.

while there are some things about sjm’s writing that make me go ??? sometimes, i’ve always appreciated how she handles the trauma her characters face (like with aelin in ToG and hunt and bryce in CC) because she doesn’t give them one defining moment where they conquer all of the things they went through and are now just okay forever. no, trauma and healing are fucking rollercoasters where sometimes you have down bad days and other days you feel fine, but it is constantly changing and evolving, and she reflects that in her writing where they have regressions and hard days and outbursts and anger and hurt and fear. sarah doesn’t write static characters, they are flexible and constantly evolving even if it is only slightly. so maybe the mask represents something other than how some characters wore a mask for a bit in the beginning of the series.

also a girl on twitter pointed out how the cover upside down looks like a phoenix… i wont explain the symbolism behind phoenixes but like i feel like the link between transformation, nesta and trauma kinda make that inclusion self explanatory.

to the girl i saw flipping out on tiktok about how this cover is just one step closer to how you feel sarah is gonna fuck up Nesta’s character. I am sorry you feel that way, believe me I am. sorry to be blunt, but have you read the book yet? have you gotten an advanced copy? i’m going to go ahead and assume not. so please try to stop worrying about something that hasn’t happened yet because it will only make you spiral into sad what if thoughts (at least thats how it is for me). this may be sarah’s best work yet. you don’t know. i understand that you identify with nesta and there are a lot of parts of her that i do as well. but the fact that they put out a cover that some consider to be slightly disappointing in that it just doesn’t match the og covers and you now somehow take that as sjm fucking up nesta soo much that you end up hating her, from a book cover, like come on. have a little faith in sjm.

i remember everyone being pissed about the fact the was “Silver Flames” and not “Silver and Flames” but y’all have gotten over it since then so get over the fact that this is a GODDAMN BOOK COVER.

stop sending hate comments to the artists, who may have been totally stoked to have their work on a highly anticipated book. it won’t change the cover.

stop sending bloomsbury shit too while you’re at it. they rebranded for a reason. and have since stuck by that rebrand. so i’m gonna go out on a limb here and say that your whining… it won’t change the cover.

they are all human beings so lets treat them with human decency.

now this rant has gone on for entirely longer than i intended it to. so i will leave you with this nugget of information:

if you really hate the cover of the book so much, don’t buy it. just don’t. hating a book you haven’t read yet because its cover is not what you wanted is a waste of your time, energy, and mental health. like with what i say about Amazon, if you don’t want to support jeff bezos, best way to stick it to him is by not buying anything from the company. same thing goes here: you done with the way the book is being handled, don’t buy it. it really is that simple

it takes more energy to be mean than being kind so let’s just like i don’t know chill and have fun and just be excited that a book series we care about is going to have more books come out.

thank you for coming to my TED talk.

I typically only give shout outs to blogs within the fandoms I write for, but you are someone I’ve helped out a few times already so I see no reason to not do the same for you now!💛

If anyone is interested in The Silmarillion or ACOTAR, then please consider giving this blog a follow! The admin of the blog isn’t interested in sharing F/Os, but they put lots of care and attention into their posts. Their about page can be found here.

I’ve used appropriate tags and I hope that this helps you, my love. Thank you for reaching out to me, and I wish you all the best with your self-shipping blog!❤

She deadass said “a week” like it won’t turn into forever.

So I just read an interview (forgive me I don’t remember where maybe Instagram) that Sarah J Maas received her film adaption rights back. Sadly, that means they are not in production.

That being said: I’m glad she is not settling with a company/studio that would not recreate the story appropriately. AND I hope a great studio does soon.

Personally, ACOTAR and TOG should be TV shows.

I asked for characters to draw over on my insta, a friend asked me to paint Nesta from A Court of Thorns and Roses. 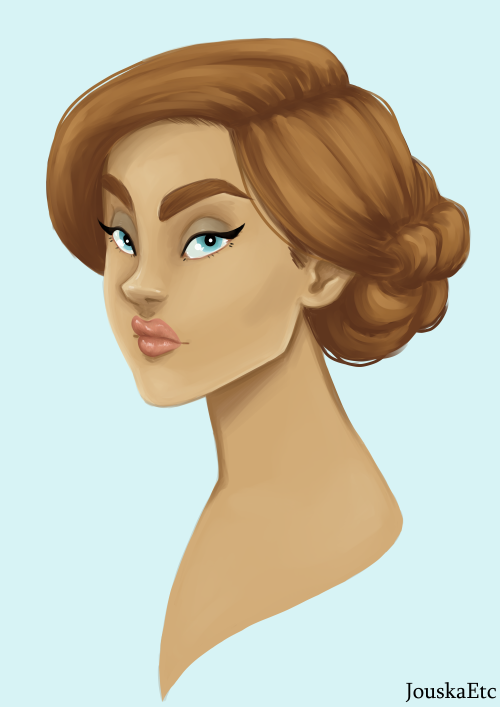 I’m so sick of Rhysand. He uses Feyre as his whore

I think anyone who has read the Throne of Glass series and the A Court of Thorns and Roses series can agree that Celaena and Feyre are ‘peak dumbass’ and the distinction between them is that Celaena is 'Brave and Dumb’, whereas Feyre is 'Dumb and Lucky’.