hi everyone!!!!! long time no see :) i know i haven’t been active on thing blog for a while since i finished up my exams, but i’ve started my new semester! i’m taking AP world religions and AO grade 12 literature. i originally went into the semester thinking literature would be easy despite the fact that it’s a grade above mine, but the work load is heavier than expected. overall, i am enjoying both my classes and teachers!

it’s started snowing here and we have our christmas decorations up! winter is one of my favourite seasons since i positively adore christmas and everything about it. we don’t really visit any of my family so the fact that my city is likely going back into quarantine doesn’t affect our holidays which is nice. i hope you’re all safe and healthy!! love you guys <<33

this was my teachers copy; she highly recommended it but it just wasn’t to my taste :(

Today is all about biopsychology revision and planning out my schedule for next week. Happy Friday <3

To explain why I’ve been gone so much - in short, COVID and uni. I’ve just started my BSc in Biomedical Science at King’s College London and because it’s all remote, lectures take me twice as long to complete than they normally would in person. And that’s with the recording at x1.75 speed 😭

I’m trying to be more active on Tumblr now, and I’ve made a studygram too (haribos.x.med) but I don’t know what to post on it yet - suggestions are welcome! On Tumblr, I’m going to start another 100 days of productivity because I’m getting less motivated and I need something to force me to do my work 😬

My inbox is open for anyone that has A-level or uni questions related to science and maths (and even English, I’m alright at it and can help out) but I can’t promise I’ll be quick to respond if I’m busy.

Love you all and I will post tomorrow with the first day of 100!

Haven’t updated in a while because I’ve been super busy, BUT I finished everything on my to do list over the half term and made some good ground on my EPQ (the first part of my EPQ series is gonna go up tomorrow :))

All about Mai’s EPQ!

Hi! My name’s Mai, but depending on whether or not you’re a follower of mine, you’d already know that. I’ve decided to document my ongoing experience doing my EPQ, because I’m very passionate about the topic I’m doing it on, but too shy to talk to my real life friends/family about it. Click the read more for more info :)

Yesterday I felt really crap because I spent the whole day doing homework, but didn’t actually manage to finish anything, so felt like I’d effectively done nothing. I also realised just how much time I have to do everything and how (relatively) little I have to do, so I’ve decided to spend tomorrow with my friend at the Plantation Gardens! But I got so much more done today!! I made an actual, decent start on my film essay, and got a bunch of notes down for my EPQ!

I was also thinking about doing a series of posts to do with my EPQ, but I don’t know if that’s something people would actually be into?

Love that I reached the level of procrastination that I was given 6 months to read this novel and I left it until the day before it was due in, and I only read the chapter summaries….honestly we stan.

#student, #procrastination, #why do i procrastinate so much, #english lit student, #a level english, #anxiety, #mental health
1 notes · See All
webster-wannabeText

I sent my english teacher a shit ton of info about my story because it is inspired by five act revenge tragedies like those of Webster, Shakespeare and Middleton and she’s seen it and sent me an email about it and I feel so validated in my efforts and I’m freaking out and I think I might explode

My first two days of A-levels:

I’m super excited, but also a little bit daunted! I love all the subjects I’m taking so I hope even if they’re difficult (which they will be) I’ll manage to stick through

We didn’t do much my first two history lessons, but did get two pieces of homework (also, all these new “handing in homework” rules are wack and I hate them). I did quite a lot for English and even more for Media, but I’m happy to say I’ve done all the homework and written down all my notes over the weekend!

I’m trying to avoid what I did last year, leaving all the revision to the last minute, so I’ve already made detailed pages and mind-maps for what we’ve covered so far

Are you (or someone you know/follow):

Get in touch! Or reblog to share the opportunity!

(we’re excited to hear from anyone - but lgbtq+, poc, and disabled creators are especially encouraged!) 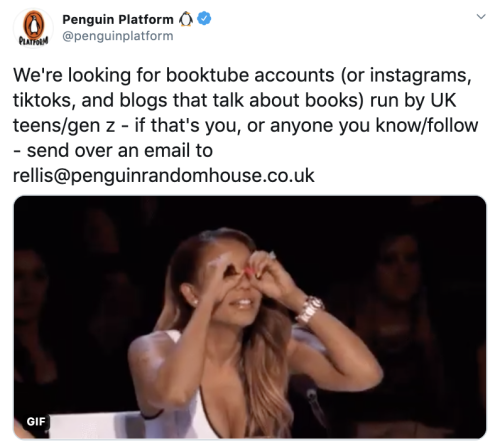 Hey guys!! To all my followers who are getting their a level results today, good luck!

If you want to talk, my ask box is open

just some annotations of the bloody chamber for my english studies :)

Just realised something - yeah I might have like 20 unfinished tasks for college because of my rapidly declining mental health, however; as long as I do good on my actual exams, do good coursework and get the grades, it doesn’t really matter. My report could be like “The bitch doesn’t do all the work” but it will also say “the work they do complete is hella fire” and I’m good with that.

#school, #college, #education, #a levels gonna kill me, #a level english, #a levels, #a level student
4 notes · See All
dishonourablementionText

I have such disdain for over-complicated academic writing, ESPECIALLY in literature holy shit like please use small words no wonder so many schoolkids hate english

#literature, #english lit, #a level english, #this is in reference to a really specific article abt emma but, #jesus
4 notes · See All
webster-wannabeText

Just finished watching Jonny Lee Miller’s Frankenstein and I’m not going to lie, I actually feel so bad for the ‘monster’ that he created.

This monster is created not knowing how to act or how to speak. He doesn’t know what is edible and what isn’t. He’s childlike in his innocence, yet treated like someone inhumane because of his looks. He does nothing wrong to begin with, he doesn’t know what IS wrong. He’s learning, like a child learning their way about life. He technically had two teachers, the blind man who taught him all the good that he possibly could know, and the darker, more savage world around him. The heartbreaking thing, is that when he’s given the chance, the 'monster’ chose revenge over all that good he learned, and that’s left for the interpretation of the watcher as to why that is. We are never told why, and I think that Mary was trying to get across the point that it’s EASIER to give into the worse side of us than the good, because doing the right thing is a lot harder than doing the wrong thing.

At the end, when the 'monster’ does some of the worst things one can think of, he states that he is “now a man”. Because like a child who picks up on their parents behaviours and learns that that’s whats right, he was taught by all the people around him, that this is what’s right, THIS is what it takes; to be a man. And Frankenstein himself, says that he brought “light into this darkened world” by creating his monster and proving he could, and yet he says that he regrets ever creating him. Just as the monster states, all Frankeatien is doing is “making sport” out of his creation’s life. The monster acts more like 'man’ than Frankenstein does, yet Frankenstein gets everything that the monster could only dream of; he is denied the comforts Frankestein is given.

But to me, the thing that hit me hardest in this production, was when the 'monster’ says:

“Why is your killing justified and mine is not?”

….And that’s to leaving it all dramatic 😜