Hi! Now that its summer, I wanted to try something new.

DM me if you’re interested or have questions. If what you have in mind is out of your budget, I’d happly discuss other options. I dont bite :)

Fire nation guard: I just told prince Zuko he looked like his father in his coronation outfit

Fire nation guard: It was supposed to be a compliment, I just wanted to emphasise that he truly looks royal

Fire nation guard: Away now he’s gone to his chamber and it sounds like he’s been crying for 30 minutes

He has watched this ep before, when my dad and I watched ATLA.

That is a fast reacting flower, wish they were all like that

Me, about to cry from Iroh singing:

Brother: no one sees the shrine?!

Are those pens up to code?!

Appa does not have a cow tongue apparently

Did he need to drop so many posters in one spot?

He’s holding the tea pot by the hottest part!

Maybe they should give back the bison so that the Avatar doesn’t keep searching and disrupting the “balance”?

Toph can take on all of the G*stapo

Poor Appa! He just rammed his head against a brick wall!

Maybe you shouldn’t have started with that…?

They couldn’t make a special car for the king????

They should look at the Kyoshi Warriors first…

Who are you and what have you done with Zuko?!

How does one see on that huge map?!

Or up your butt (Earth Chakra)

That’s not a tea shop, it’s a restaurant!

I cringed so hard at the Air Chakra part and he was like “are you okay?”

And this is the one where he fails bc of his attachment with Katara!

Why were there no guards in there?

Where’s Admiral Ackbar where you need him?’

The Crossroads of Destiny

Not going to be good…

Zuko is too happy!

So now you’re backing up the chakras…how does it work?

This is a nice cell

That was at the very end…

The Dai Li have trust issues!

You messed up my courtyard!

Splitting up! Because that always works!

You are free to choose to agree with me!

You got to leave!

And this is where Azula beats him!

Hey you guys there’s a surprising lack of Aang content in the tags for ATLA both here and AO3 and while I’m not complaining cuz all the characters deserve the attention they get–took me about a week to figure out who my favorite was after rewatching the show–there needs to be more. There’s so much about this 12 year old kid that I could talk about/point out, and I feel like it’s my duty to do so.

So I will try my best to fulfill this task I’ve given myself. I may not be perfect, but I Will Try.

#aang, #avatar aang, #atla aang, #avatar the last airbender, #avatar, #atla, #a:tla, #nick, #nickalodeon, #nickelodeon, #random, #fandom stuff, #my stuff, #luescris, #im in so many fandoms again, #it was only three, #and now its like six, #plz help me
9 notes · See All
waterbenderkatText

Someone commented on my Sukka post saying “Sorry, but Suki is gay” and I… what?

I’m tired of this culture of people claiming any character they want is canonically gay, even when it goes against canon. It opens the door for queerbaiting and is just flat out stupid. If you want to write headcanons, or alternate stories with whatever sexuality you envision for the character that’s fine, but don’t claim it’s canon.

You can head canon Suki as bi, or pan, or any sexuality which includes attraction to men. But she ain’t a lesbian. She canonically is with a male.

I just realized something. At the end of the last fight with Azula, Katara uses a fire bending move. She without a doubt uses Iroh’s breath of fire move to heat up the water around her. Guess she picked up on his “learn from the other elements” method.

Azula: you’re really campaigning for asshole of the year, aren’t you?

Toph: as defending champion, are you nervous?

Nooo don’t turn into the moon your so sexy haha 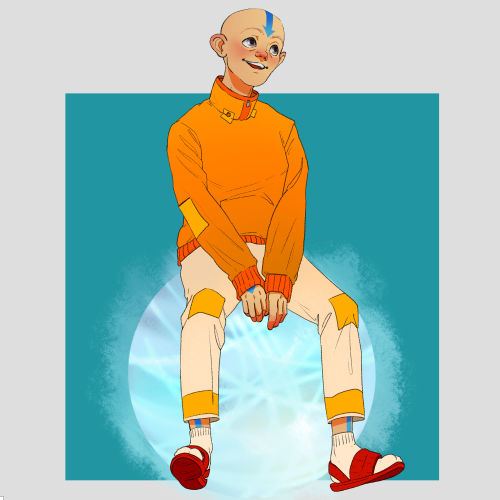 my only real hope for live action a:tla is that they age zuko up enough that it’s okay for me to find him attractive :////

#im like 20, #i cant be fancying a 16 year old, #avatar the last airbender, #a:tla, #zuko, #even if the whole thing turns out shit, #ill be happy as long as i can fancy zuko and not feel weird about it
10 notes · See All
nebeauxlaPhoto

please bring honour to us alllll 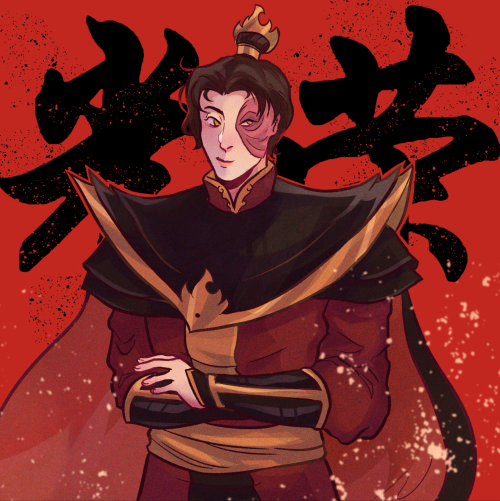 there are exactly two types of people in this world:

1. those appa would eat

2. those appa would not eat

I’m sorry that I’ve switched fandoms so quickly but I wanted to hop onto the Avatar Train before it left me behind because I love Avatar with my whole heart.

Anyway Aang with hair is too powerful I’m too obsessed with it like look at him,,,,,

atla and fma are really similar in a lot of ways. Both are long running series with a diverse cast of characters involving two siblings traveling all over a well developed fictional world with themes of war, PTSD, trauma, and the power of human connections. Both have a unique magic system with clear rules and limitations. We have war criminals who regret their actions, scarred vigilantes, a big bad who’s a big bitch. One of the main characters is disabled. Romantic relationships are build up over the course of the entire series. In a giant battle all the side characters come back to fight. Every part of the world is looked at and developed.

The entire reason I’m making this post is because, strangely enough, both have an episode where the main cast has to help deliver a baby.

#i just reread her raving about the southern raiders episode, #she is so pure, #she is loving it and i love it :'), #avatar, #a:tla, #mp
5 notes · See All
mew-cakeText

Also Aang, a pacifist monk who values all life, killing a buzzard wasp out of pure anger was utterly chilling.