fuck it. im a ranboo stan now. i love this child with my whole heart and soul hes so sweet nd just AAAAA

the bit where he told tubbo tommy covered for him nd was like “hes not selfish.” OW

if i work fast enough the sleep wont catch up to me.
reponsibility is for people who can make good choices, and ooooh boy, is that not me

#i am speed, #aaaaaa, #school, #i am so tired, #responsiblity is for losers, #and i am a winner
0 notes · See All
kitcatdoodlesPhoto

A bit late on today’s doodle, but here it is! I drew my little fortune dragon character Été! She loves dr.pepper and honey! And she plans to share some honey with Kit just to be nice! She usually doesn’t share, but Été make an exception. Anyways, hope you have a lovely day! Toodles noodles!

1. Art and OCs by me (please do not use my art without permission) 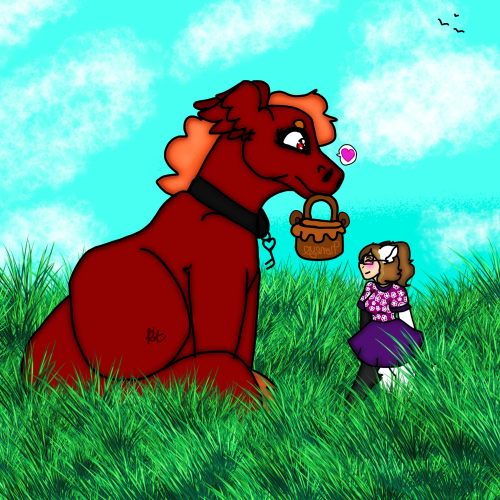 i am too shy but i really would like to make moots :0

#me: is doing pretty okay the whole day, #also me: starting getting way too depressed RN..., #vent, #aaaaaa, #i hate this
0 notes · See All
nubreaksText
#aaaaaa
6 notes · See All
wolfhunter21Text

my friend seriously just called me a waifuuu-

Sidelines by Wallows!!!! Epic song that I basically drove myself crazy listening to ahahaha

#vent, #vent tw, #ableism tw, #possible transphobia tw, #whyyyy why do i not feel... neurodivergent? like i am i was on the floor having spasms and attacks, #i had one yesterday for fucks sake, #but i still feel off and not right and like i am pretending, #like... im masking that i am not masking. i kind of want to cry, #aaaaaa, #and why do i feel like that about being trans, #my whole body also hurts today, #dang it i already have v bad posture, #arghhh i guess i gotta last till christmas, #then it'll get better, #and then i feel politically... absent but idk what to do, #aaa like i cant go back to my ex and ask for theory about anarchism??, #i hope they're okay
0 notes · See All
atsumuseText

Good morning, I don’t know why up this early…

these three deserved SO MUCH better, change my mind

Crowpaw and Squirrelpaw tease each other cus they both think the other one is annoying like theyre just….dumb kids that r mean to each other because THEY DONT KNOW ANY BETTER theyre just mean kids!!

Squirrelpaw realizes she has a crush on crowpaw when he makes it obvious he likes feathertail; squirrelpaw is jealous and it makes her feel insecure of her gender and not being feminine enough; she never treats feathertail or crowpaw harshly tho shes not THAT stupid

Crowpaw gets a crush on squirrelpaw and he courts her and makes sure to tell her shes a very beautiful she cat and valid,,,

so Crowf and Squilf bond over helping each other get through tough times/self doubt stuff and because theyre both from important families and need to live up to big expectations when they jus wanna be cool kids,,,, n they understand each other

Leafpool gives birth to the 3 and gives them over to squirrelflight who tells the clan she was able to get a litter with the help of starclan; nobody questions the cat who sired them except for brambleclaw

After the 3 are grown, squilf and crow keep meeting; crowfeather only sees his kits at gatherings but is only introduced as squirrelflights really good friend; he sort of takes a father figure at gatherings for the 3 and they accept him as like a really cool uncle/father figure

Brambleclaw finds out Squilf is meeting with crow in secret. Before hes about to tell firestar the fire scene happens; Brambleclaw is in place of ashfur

Squirrelflight attacks Brambleclaw and kills him in the fire; Hollyleaf takes the blame for brambleclaws murder bc she loves her mom even though she lied

Squirrelflight and Leafpool feel confident enough to come out to their clan; eventually crowfeather joins thunderclan to watch his kids with squirrelflight BEACAUSE I WANT A HAPPY ENDING AND NOBODY CAN STOP ME!!!!!!!!!!!!!!!!!!!!! ALSO CROWFEATHER GIFTS SQUIRRELFLIGHT ROSES BC ROSES R A SYMBOL FOR TRANS PEOPLE!!!! AND HE LOVES HER! 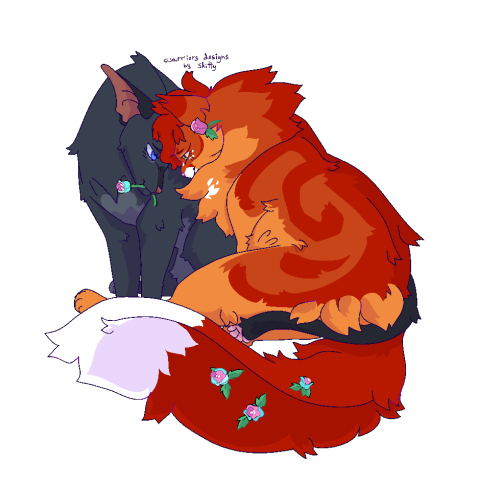 This is the first time I used frame in my comic so it’s mind be a lil mess up. Besides, I can’t think of a better word to say in the comic

#aaaaaa, #my createtion, #just some random stuff, #keep going, #my oc, #among us, #comic, #ibispaintx
1 notes · See All
maxspeedsText