Trending Blogs
#aatos
the-hukkaranta-homesteadAnswer
ahaha asking you the same question you asked me: 💠 dating for Aatos uwu
#aatos, #dating, #hc, #headcanon
5 notes · See All
ask-theo-bearAnswer
[ cheesy ]  to tell my muse a cheesy pickup line {{even if there was no gravity, I'm still fall for you}} Aatos~ for Sylvia

Sylvia snickered softly at the line.

“You’re so cute, how long did it take for you to come up with that one love?”

Second time touching a tablet in my life, and I think I did alright. I was practicing drawing other people’s characters, but I couldn’t help sketching one of mine as well. :) 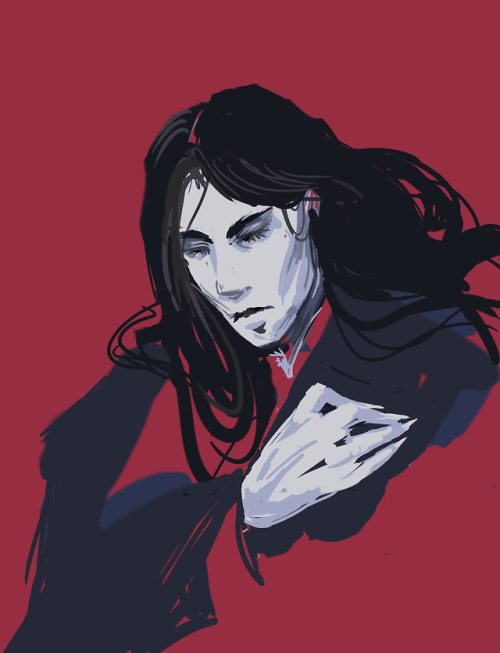 #aatos, #my ocs, #haha same one I drew the first time around too, #of course he's a vampire like 90% of my OCs
8 notes · See All
suparioPhoto

been trying to find a way to make drawing a clean lineart more fun. (the solution is to leave it unclean)

also, put together a reference sheet of rajun for a friend since we decided to do some art tradin’. ended up disliking his initial design so here’s a cooler one. 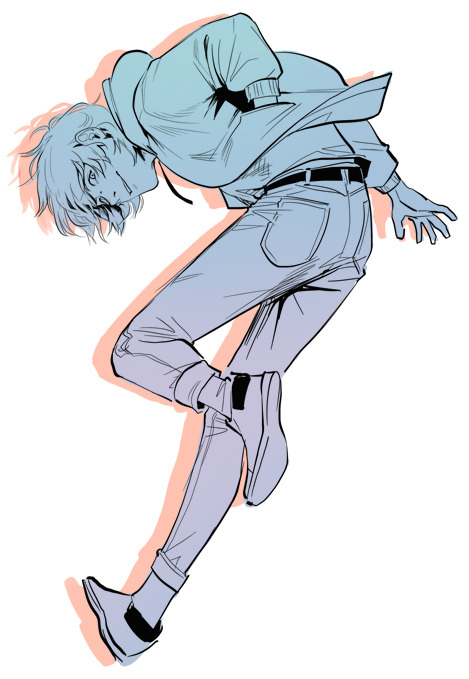 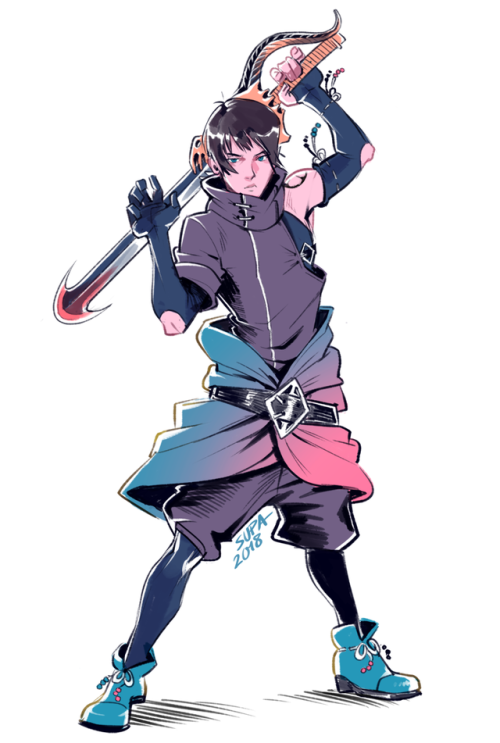 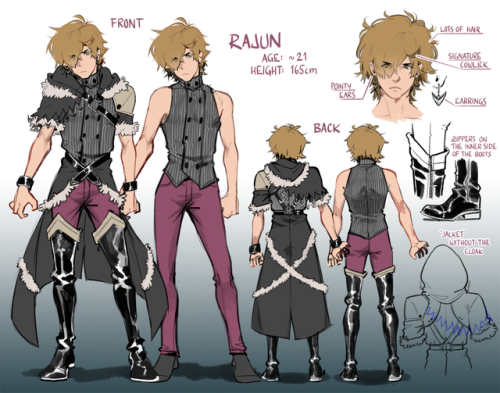 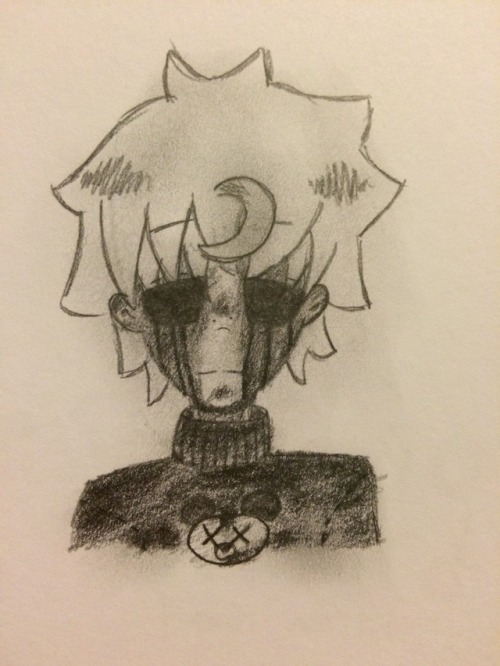 #Aatos, #cute, #i luv him, #quality is shit
0 notes · See All
purplecynderText

- Cinaed (ze): fire, 248
Though ze was never in battle, ze witnessed a good amount of gore during the war; ze lost all of hir siblings in the process of fleeing from the warzone, two of whom explicitly died and several others who ze is still searching for without much luck. Having been raised to protect hir nestmates, Cinaed takes this failure personally and is ridden with guilt. Hir loathing for Cynder is the strongest in the group, and it is not unjustified. Ze discovers when they get to Warfang that one of hir missing siblings, Fiontan, is alive, and is eventually convinced by both them and Serephine to drop hir grudge on Cynder.

- Aatos (xe): earth, 312
In his younger years xe was a warrior, and xyr mistrust of Cynder is firmly ingrained. Xe is skilled in melee combat but reserves xyr element for defensive maneuvers or nonviolent pursuits. Xe has a firm belief that magic is not meant for violence, that it is natural and sacred, and should be treated with respect. Xe has a healthy respect for the Guardians however, having battled at their direction and admiring their dedication and skill in protecting other dragons.

- Beryl (they): unknown
In the ancient language of dragons, their name means “peacekeeper”. They do not use their element and no one knows what it is; instead, they are a master strategist, and regardless of what anyone else wants to do, always pushing for the route with the least bloodshed, even if it means surrender. Many have accused them of empath abilities, which they’ve been deliberately vague about, but they confide eventually in Cynder that they can actually see and even manipulate auras.

- Arwyn (she): light, 495
A chatty but overall useless-in-battle elderly dragon who dropped out of elemental training early on, and never saw any reason to pursue combat training again. however, she has a knack for making stealthy escapes and for petty theft though, which is very useful in the face of the many thieves and ruffians along the road. She sometimes has quite a sharp tongue and rarely a nasty temper, particularly regarding Cynder’s role in the war.

- Garland (they): earth, 285
They have been Aatos’ battle partner for centuries, though they’re slightly younger than Aatos. They have no qualms about using their element in the most violent way possible; they also have no qualms about holding a grudge. They come from Faunfoss, a place that they cannot return to now that the locals there have witnessed the dragons war and become wary of them. Bitter about their exile, they’ve vowed to make the dragon realms safer and more militant towards “evil” dragons like Malefor, and in their eyes, Cynder.

- Tormaigh (he): electric, 140
Caught in the crossfire of a vicious ape invasion at Cynder’s command, his maw is mutilated and scarred, as are his flanks and wings; he rarely speaks and cannot fly for long distances. He has developed alternative means of communicating using his element and his psionic abilities, which makes many other dragons wary of him because it is a rare and potentially very dangerous ability to hone. He hasn’t allowed it to make him cruel, however; his war traumas affect only certain parts of his life, and he’s extremely kind despite his rough appearance. He seeks Cynder out to offer his forgiveness.

- Blasius (he): ice
An extremely old and creaky dragon who is stubbornly nostalgic, to the point of not always being aware of how things are done *now*… He spends most of his time telling stories to anyone who will listen about his days as an explorer up in the far reaches of dante’s freezer, before the apes came to build their base there; he’s also reminiscent about his parents and former mates, all of whom are deceased now. He deeply regrets never choosing to have eggs - once in Warfang, he develops a great fondness for Canada, as she loves to listen to his stories and reminds him of one of his old mates.

wasted my time on things i might use for a school project. maybe, possibly. probably not. 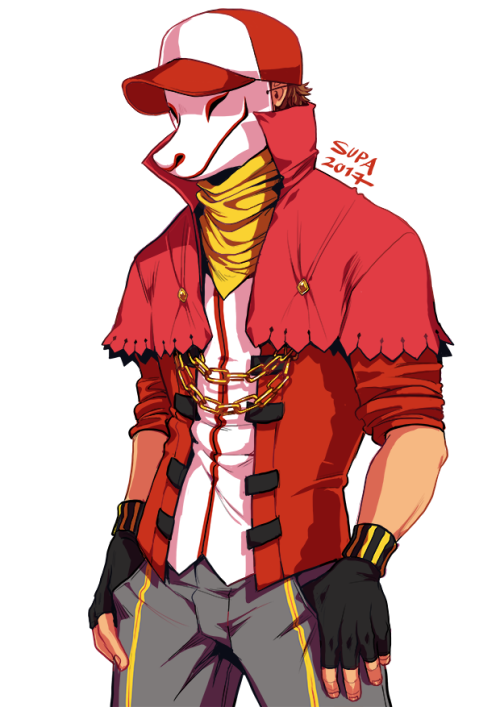 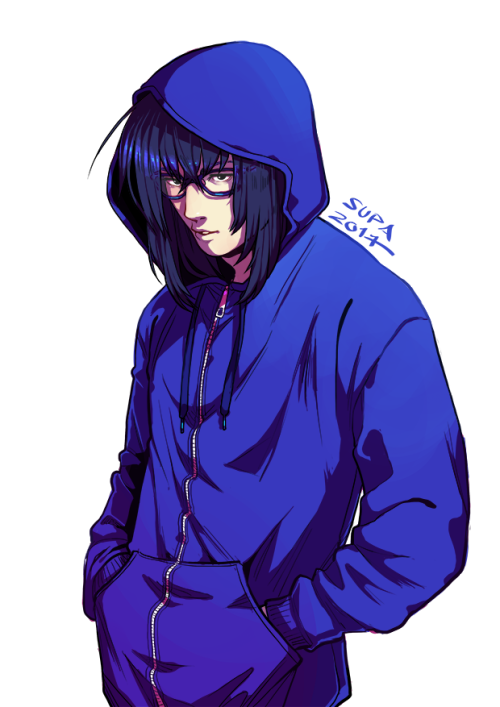 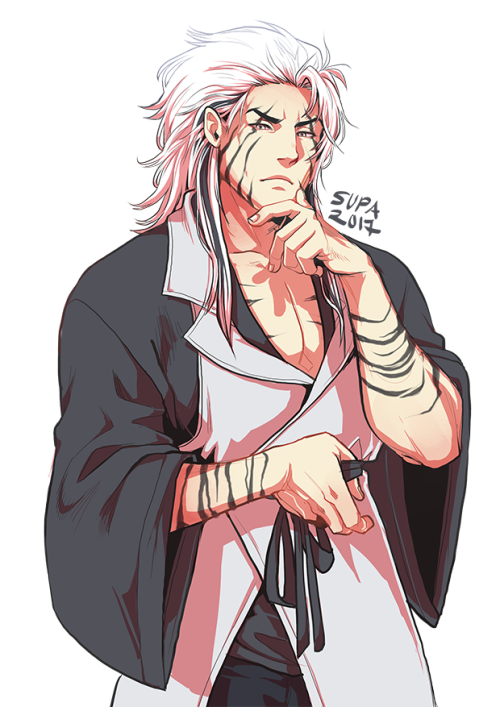 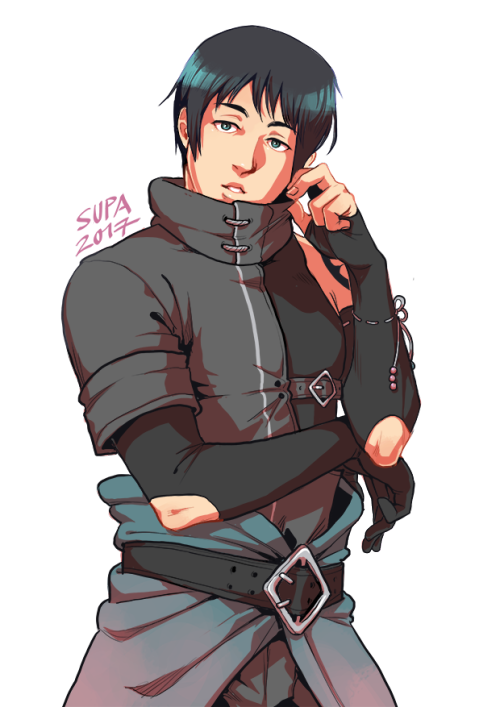 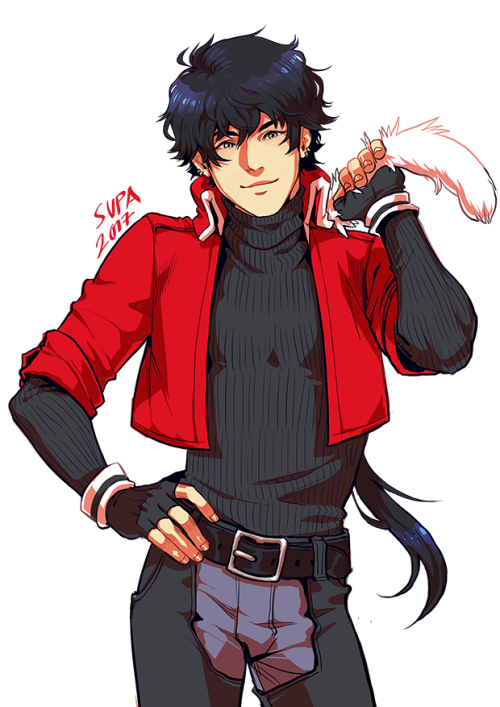 aatos replied to your post “JavaScript Application keeps going crazy on tumblr, and saying “too…”

You need to uninstall xkit and install it again to get rid of those messages, I think it was some firefox update that broke it once again.

Weird that it’s so popular in America and Finns just go blergh. Maybe it’s like salmiakki and you have to grow up with it or something. An acquired taste.

aatos replied to your post:Hi there!…
You can get peanut butter from Lidl atleast. I tried it once… and was really dissappointed. Decided to stick with nutella.

That’s exactly what I’m worried about. I don’t know who’ll eat it if I don’t like it. Then again it could be used for baking and that might be alright? I guess I’ll have to try it sometime.

Aatos’ tan Rosy is gorgeous, but I was kind of sad to learn that he must have sold off his NS Rosy. It’s a shame. She was so pretty and one of my favourites of that mold. Besides, I really wished he would keep sewing for SD-scaled dolls.

aatos said: I’ll turn 25 at the end of this month too! So bizarre… 25 and I’ve accomplished nothing. I lol’d when I realized that I’m in London at the time, I need to do something special to celebrate in there. :D

Yesss! And I agree with the “I’ve accomplished nothing”!!! Sure, I got a bachelor’s degree, but that’s not much in the end… Oh gosh :’D

aatos replied to your post: So many Thor 2 spoilers. Why people NO TAG? Do…

I’m so fucking mad that italian’s dub everything. I miss so many movies I would have liked to see because they don’t show pretty much anything in the original language, and now I also have to suffer from spoilers. fml

#ANNOYING, #that is SO annoying, #aatos
0 notes · See All
geekisthecolourText

aatos replied to your photo: I…. Don’t know, okay? Wilkos is selling perfectly…

Nooooo sob sob we don’t have that shop in Finland. ;_; I want one!

Aww well I’d be more than happy to pick one up for you if you wanted XD they’re only £2 and come in transparent red, green or purple (mine’s purple, I really wish they came in white) and I’m pretty sure it could go regular airmail to Finland so it would probably only be about £5 to ship

1. First impression:
- The first time I met you was in Desucon 2010. I had heard your name before (I have no idea where though), and I was really surprised to hear that maybe the cutest girl in the whole convention was actually you. My mind was blown and my respect towards you was officially born.

2. Truth is:
- I was a bit nervous to actually get to know you. I never thought that we would later talk online and it made me very happy. I’d like to talk with you more though, since we don’t really talk nowadays anymore. Plus I’d like to see you somewhere someday, it’s been a really long while since last time!

6. Best feature:
- You seem very, very down to earth and I love the fact that you’ve done crossplay. It’s so, so rare to see males doing crossplay, especially well enough to fool people. I think you are really brave and I adore you for your bravery. Plus oh god your crafting skills.

8. You’re my:
- Cosplay friend even though you don’t really do that anymore. But you’ll still always be my cosplay friend!

Oh my, that does sound awfully delicious. *fans self* Too bad I feel a weird sort of obligation towards the YouTubers I follow and who get their income from ads, so I’m pretty much doomed to hitting the mute button and switching tabs at the speed of light for the rest of all eternity.

I JUST GOT IT OUT OF MY HEAD THANK YOU

Found this folder of Melodi while browsing my doll pictures, a photoshoot I did on february 2012 and for some reason forgot the folder and never published any photos from it. The folder gots tons of photos of Melodi in her gorgeous outfit I designed and asked for awesome Aatos to sew and add his own details like lace decorations, corset and canvas roses. The outfit doesn’t fully show in the picture, I will post more photos of the full outfit later so you can see the professional handwork of Aatos. ≧(´▽｀)≦

(lace hood is made by Ageha, gloves are from Dollheart white Fer ver.) 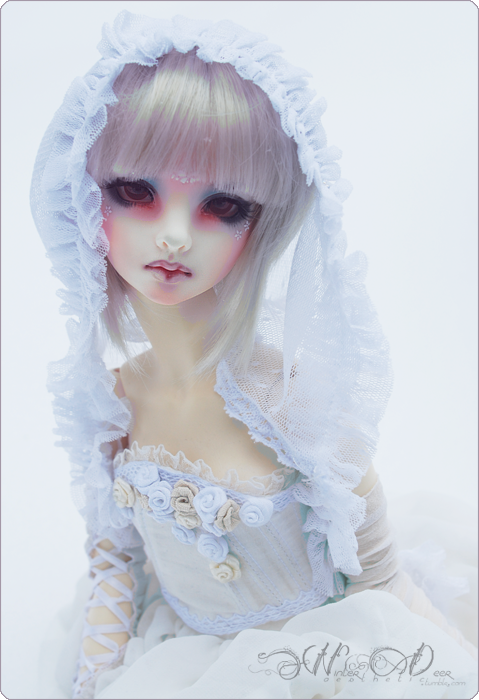 aatos replied to your post: I just came back from seeing Pacific Rim, and I…

Sob sob sob sob why do we Finns have to wait for almost a month. ;_;

That was the reason I went to see it here NOW (although I barely have any money) before coming to Finland. I couldn’t wait :’D BUT IT’S GETTING CLOSE IN FINLAND. “ONLY” 3 WEEKS TO GO.

#aatos
1 notes · See All
Next Page