Decided to take a short break from my Among Us comic and doodle two other Imposters, Aelish (Brown) half-sibling to the Twins and one of many children to the Mother (Now named Eewa) and Emshol (Lime), a tiny Imposter who is infatuated with them. They have their own story apart from my current comic and if I find the motivation and time, might work on it.

The secondary names is their crewmate names. 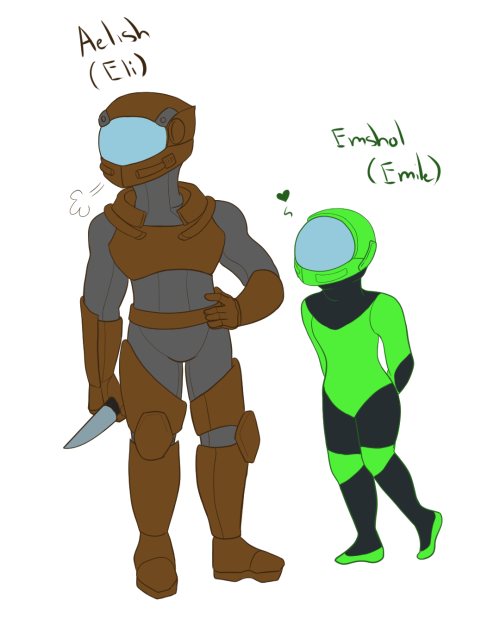 #among us au, #among us, #among us doodles, #imposter, #imposter oc, #Among us Brown, #Among us Lime, #Among Us OC, #Among Us Original Character, #Digital art, #digital artwork, #acedraws, #my art, #au, #Aelish, #Emshol, #Brown, #Lime
1 notes · See All
therewasntanythingtobeginwithText

For @greenbeanstan, who requested 13 and Penny 💖💖💖. Just a few more to go lol. I’m still open to taking requests!! These are super fun to make!!

Some color palette challenges I did before I did the requests ✌ Will I ever draw Clover consistently? Probably not

Last one for tonight! (….maybe?) Not as proud of this one but I hope it will suffice 🙏 And of course I had to sneak in a little bit of Fair Game 🎶

I surprisingly have a energy to draw!!! Riding this gnarly wave as long as I can lol. This was my first time drawing Robyn, I hope I did her justice!

Order up, a number 10 with a side of Oscar 🤭 I wonder what he’s thinking about…

Yayyy I finished a project for once!! I don’t do lineless art so it was pretty interesting and fun doing this. (Heres to hoping the gif works properly and click for better quality)

Transcription of poem (written by yours truly):

You limp back into the lion’s den

They say experience is the greatest teacher

So what compels you to fight?

Though Death does not loom above your head,

Its blade rests upon your neck.

What lies behind the mirror, after you’ve shattered all the glass?

Petrified, Qrow kneels in the snow, the chill and blood numbing his skin. He squeezes his eyes shut as an unending stream of tears pour down his cheeks, hoping that this was all just a nightmare. Overhead, the airship roars and wind whips around the two bodies. His punishment is imminent.

‘Get up. Go.’ a voice rings in his head. Qrow’s eyes shoot wide open but the only thing that greets him is Clover’s vacant stare. Echoes of the words flit in his ears and the huntsman grits his teeth. Wiping away his tears, he lifts himself up from the ground and hobbles to his bloodied weapon. He picks up Harbinger with a shaking hand and flinches at the way it scrapes against the ice. 'Get up. Go.’

With a final glance at Clover’s body bathed in the light of dawb, as if the man would heave a breath of air, Qrow chokes back a sob and flies away.

Taking a break from the animatic for an angsty fair game doodle. I am terrified of Volume 8.

Colored this last night! (I reblogged the original with this but I can’t see it so idk if it posted or not)

I have a disease that makes me draw comics but never finish them and it’s called being stupid. Someone go scream at me until I finish them 😭

Tired late night doodles. Everyone welcome Clover to the Green Team! And yes to confirm, Glynda is part of the Green Team now. I don’t make the rules.