lol also in other news my therapist thinks i might have ocd so thats sick. Im fucking collecting disorders like trophies ig

I didn’t know ocd could just be obsessive thoughts?? (I have none stop and extremely harmful intrusive thoughts) I thought you had to have behavioural traits too?? (Like doing things in a specific way to ease intrusive thoughts. Like turning on a light switch a certain number of times cause you think if you dont something bad will happen)

I guess my intrusive thoughts stay fucking me over huh? Love that my mind is so fucked up!!

Why the fuck do I expect that my partner is going to get me. He’ll never fucking understand and i fucking hate it. It makes me feel so fucking toxic and like i have no fucking clue what to do. I know hes going to fucking cheat and he just keeps reaffirming it.

Like i asked him if he was ok with me adding someone on Snapchat, because I’d want him to do the same. He said it was fine, and that its up to me he doesn’t care (which also kinda hurt my feelings ngl) and i told him i just wanted to make sure cause i would care and be really hurt if he added someone without telling me. He went off about how its just ‘social media and that there needs to be a level of trust’.

And like??? Im SO fucking hurt. Like now i just know that he’s probably talking to loads of other ppl and adding them on Snapchat and it makes me wanna rip off my fucking skin. And then whenever I express that it makes me upset he always goes on about how ‘i need to trust him and that hes his own person with his own life and that its a silly thing to be insecure about’ and it makes me feel so fucking toxic. I fucking know he is and it makes me feel like he doesn’t give a fuck about my insecurity (and my past FUCKING TRAUMA FROM AN ABUSIVE RELATIONSHIP). Im not saying he cant fucking talk to anyone im just saying i want to fucking know about it is that so fucking bad???

He pulls shit like this and wonders why i think hes gonna fucking cheat. And wonders why i fucking hate his friends and wish they were fucking dead. He sits there and practically sneaks around yet wonders why i have trust issues??? Like??? Im so fucking tired of this. He doesn’t give me the respect i need and it fucking stings. I love him more than i fucking love anyone else why does he have to keep pulling shit like this??? I just want him to be understanding and just respect my trust issues and trauma.

Is that so much to fucking ask???

Watching sad movies is cool but have you ever been told that the reason you are facing mental health issues is because you were dropped on your head as a child?

When I was in the hospital for the first time and I learned I had Bipolar 1 with Psychotic Features, I was obsessed with trying to atone for my psychotic and manic behavior. I told my psychiatrist of my plan to write an apology letter to my old workplace that fired me for being bipolar, and she frowned and said, “Are you sure? People can be so cruel.”

And cruel they were! In the years after I wrote that apology, I’ve seen so many instances of people using “psychotic” in a derogatory way. I’ve seen people recoil when I tell them about my diagnosis. I’ve had to preface every statement with “I’m not dangerous, but…”

Frankly, I’m not sorry for having this disorder. I will always apologize for things I have done or said that are fucked up, but I will not apologize for being myself, which unfortunately includes having several mental illnesses. The thing is, a lot of people will never confront you about being prejudiced against psychotics or bipolar people, but will happily kick down on you when you’re in a vulnerable state. When I was first manic, people who didn’t know me at all called me all kinds of names online in retaliation to me posting about my delusions. The people at my work sneered at me, visibly angry that they couldn’t get away with calling me actual names. My family was disgusted. And when I tried to explain to people what really happened after I was lucid again, most of them still tried to tell me what I should and should not have done while in a psychotic state, as if my reasoning would have tolerated good ideas to begin with.

It’s just so fucked up. You’re born into this body and this time and this illness and chained to whatever happens as a result. When I first got out of the hospital, I was so suicidal over what had happened. And you just have to wonder what it would take to get people to treat psychotic people better.

I’m doing so much better now because after a long time beating myself up I said, “Fuck this. I’m on my side.” And when I learned self-soothing techniques, and when I learned self-care techniques, and when I learned to speak to myself kindly, it was a small revolution. I’m not going to genuflect to every jackass who hates psychotics or me in particular just because they had the fucking luck not to develop the same issues I have. Some people are still so bigoted that you could rip out your guts and hold them out for inspection to prove that you’re one of the “good ones”, and they would still find something to bitch about. So fuck em.

And to my fellow psychotics and bipolars, I hope you choose yourself over everyone you know and you hold fast to your faith that you are good, despite all the demonization we face. Good luck.

if i wasnt so fat then maybe people would love me

what do you mean basing my worth solely on people finding me sexually attractive isn’t normal? 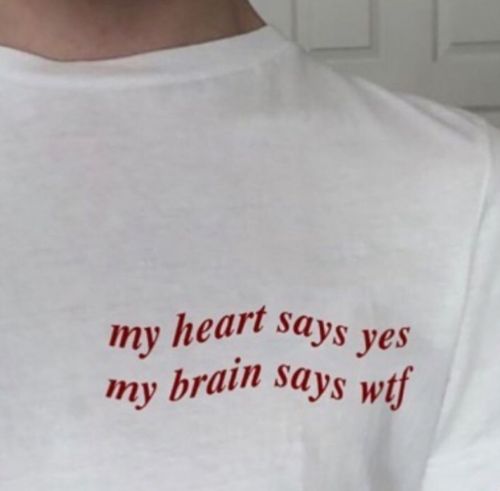 Assholes call you a dog-man and throw bones at you? Piss on them.

Does anyone else take those surveys that scale symptoms and likelihood that you have it about a disorder you actually have? I do all the time in the waiting room and feel so satisfied when I meet the qualifications 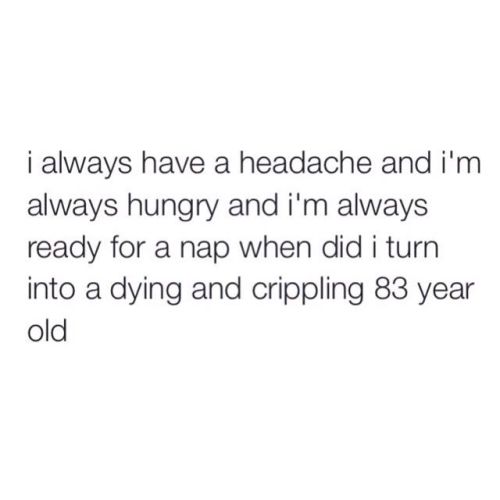 I’m too clingy. Too needy. I can’t handle being alone for five minutes. I constantly need attention.

Maybe she was right. I am just a scared dog.