Nemeseia, writing in Kanto Region, a part of Pokémon: Atonement:

Eryk furrowed his brows, glancing at his opponent. Both Silas and himself had made it to the semi-finals, and they were currently each others opponent. Eryk had nothing against the man; this was a tournament battle, and he wasn’t going to lose. They were on their second pokémon each, Eryk with Orion and Silas with his Altaria. Narrowing his eyes a little further, he made his next command.

“Use Heat Wave.“ Orion took a deep breath, and expelled the fire attack.

"Dragon Dance.” Silas was a methodical, rational rainer who never seemed to let much of anything get under his skin. So when his Altaria took the brunt of the fire attack, he simply let it, trusting its draconic defenses to see it through. “Now Dragon Breath!”

Flapping its slightly-singed cottony wings, the pokémon gained altitude, breathing a torrent of blue-purple flames down towards Orion.

Eryk made a tsk sound, and winced slightly when the attack landed. It knocked Orion down to the ground, leaving him momentarily open. That was fine, though. Orion could use that to his advantage.

The pidgeot spread his wings as wide as he could before whipping up the tornado-like attack.

That one hit a lot harder, and sent Altaria to the ground as well. It expelled another cone of breath, but this one was weaker. One more solid hit like the last and he’d probably have it.

Orion weathered the attack as best as he could, shaking out his feathers as Eryk gave the next command, “Mirror move.” Orion released the same attack Silas’ altaria had, using Dragon Breath as his last attack.

It was just enough to send the altaria to the ground. Silas clicked his tongue against his teeth, recalling the bird with a quiet sigh. Hooking that ball back to the belt under his blazer, he drew the last one off—3v3 matches were the format of this particular tournament. With a toss, he released a massive steelix into the ring.

Before Orion could even think about an overheat, the huge mineral snake’s tail was glowing, whistling through the air with a heavy sound.

It landed with a heavy thud, sending Orion back, defeated. Eryk recalled the bird into his pokéball and placed it back on his belt. He glanced at Nova who had been resting on his shoulder. You want to take that on? he asked, arching a brow. If Nova didn’t feel up to it, he could use Runt in Nova’s place. The tyrantrum hadn’t battled yet, after all, but neither had Nova.

You have to ask? It’s like you don’t even know me at all, the umbreon replied, hopping down from Eryk’s shoulder to the railing in front of him, then dropping down into the arena.

Wasn’t sure if you wanted to waste your time with it, he replied, smirking slightly to himself. Nova was like that; confident beyond all things in his own abilities.

“And stepping in now is Mr. Nero’s umbreon!“ the announcer calls overhead. “It’s quite a size mismatch, but we’ve seen this pokémon’s sturdiness in action before. What remains to be seen is whether it will stack up to an actual steel carapace, in this, the last matchup of the set!”

Nova fllicked his tail, one ear turning back towards Eryk as if to catch anything he said, but of course that kind of communication was not strictly necessary between them.

It would be an unfair advantage if he resorted to using their telepathic link, though. Silas was proving to be a challenge. He’d taken out Imp rather early, and his altaria had given Orion some trouble. His steelix was formidable in size, but the one thing it and Nova had in common was their high defense. It was going to take some time to wear it down if they just used physical attacks. Luckily, Nova had speed on his side.

Nova went in fact to dig, but no sooner had he made it undergroud than Silas commanded his steelix to use earthquake, and he was forced to abandon the effort quickly or take heavy damage beneath the ground. Without being asked, he shifted tactics, following up with the shadow ball, which hit solidly if not with devastating force.

His speed proved helpful enough, though, to get him out of the way of the next attempt at an iron tail.

Use Sand-attack and follow it up with a Throat Chop. It wouldn’t be much, but if Nova could at least temporarily blind the steelix, he’d have an advantage over it. Nova leaped, kicking up a cascalde of dirt on a hard, skidding landing, and was immediately in the air again. As the battle continued, it was obvious to Eryk that both participants were on their last legs of strength. The steelix was more sluggish, and Nova was panting slightly.

Let’s finish this, Nova, he stated, glancing towards Silas. “Hyper Beam,” it wouldn’t be that effective on Steelix, but it was all that would be needed to finish the job.

Got it. Despite the mighty effort he’d put in already, Nova picked up speed again, darting forward and leaping atop one of steelix’s slower joints, climbing the rest in a series of swift jumps as it tried to dislodge him and finally leaping high off its head.


It had been more than enough time for the beam to gather energy, and he released it point-blank, the force of the blast propelling him well clear of steelix. It mightn’t have been enough at further range, but right in its face, the attack made it sway in the air, and Silas recalled it before it could crash to the ground and shake the stands.

“The winner of the match is Eryk Nero!”

Eryk smirked as he descended the podium, scooping up Nova as he did and placed him back on his shoulder. Great job, he started, rubbing between Nova’s ears. When we get back to Cinnabar, I’ll make sure to send you to the spa and then see if Ana will make those things you like so much, he continued. He’d send all of the pokemon that battled today to get destressed, but for now, he should congratulate Silas.

“Well done,“ he stated, nodding in Silas’s direction. “It was close,” he added. It was true, if Nova hadn’t managed to land the Hyper Beam so close, he was almost certain Silas would have won.

“And to you as well,” Silas replied, formally but not quite as stiffly as he’d been at first. “Your pokémon are quite something.”

“As are yours,“ Eryk replied. “We should head back to the others.” They were no doubt waiting to congratulate them.

Nova made an agreeable noise, and they headed out the competitor’s exit, to a smallish anteroom that was usually pretty quiet. At the moment, however, it was quickly filling with people, albeit people he actually liked.

Anastasia was first through the door, and she didn’t stop running until she’d run right into him, albeit lightly, her arms wrapping around his middle. “You did it!” she said, muffled against his shirt, and drew back with a brilliant smile, reaching up with one hand to pet Nova but leaving her other around him.

“You’re in the finals,” she continued, a little more calmly.

He pushed a soft gust of air out, slightly amused and nodded his head. “We’re in the finals,“ he stated softly, smiling just as soft at her. She always managed to do that, bring out the softer side of him. The side he thought he’d lost long ago. He wrapped his arms lightly around her and gave her a squeeze. He loosened his arms, but they remained wrapped around Ana.

“You did great, Ryk! You too, Nova,” Cyrilla congratulated, grinning in Eryk’s direction. He merely rolled his eyes and leaned down to press a soft kiss to the top of Ana’s head. He didn’t care that his friends were around because right now, he could only seem to focus on the small woman in his arms.

She turned just ever so slightly pink, but her smile didn’t fade, her eyes narrowing in a pleased sort of way before she closed them altogether and rested her forehead against his chest. He could feel the warm gust of a sigh as she exhaled.

“Now I feel like we’re just intruding,” Kas joked. He’d been knocked out in his semifinal earlier, but hadn’t seemed too concerned about it. “Anyway, congrats, Ryk. Just gotta bring it home now, right?”

“Easier said than done,” Aidan noted. The other finalist, Kristoff Hastings, had taken out both Mel and Kas, after all. But Eryk’s type matchups were also better, so it wasn’t like there was no chance.

“Hm,“ Eryk responded. He wasn’t too worried, though. Even if he did lose, he’d come very far in the tournament, further than he’d ever thought was possible. Most of it was due to Aidan’s trainings, and the pokemon he had. He would have to treat them all to something once this was over, but he wasn’t entirely sure how.

How did you show proper thanks to the people who helped and supported you? Eryk had no clue; he’d never really had that kind of support before. The kind that came from people who believed in him to this extent and wanted something good for him. He was… thankful.

“It’s going to be awesome,” Drake stated, grinning probably just as large as his face would allow him to. “Wish I could have seen you in the finals, though,“ he murmured towards Mel, furrowing his brows slightly.

Mel shook her head a little, bumping his shoulder with hers. "It’s all good practice for what I’m really after,” she said with a smile. “Besides, the better the boys do now the cooler it’ll be when I beat them later, you know?” It was true that she and Kas had both earned themselves enough points over the season to qualify for the finals this year. He had too, actually, with the results of that last match, so for long-term purposes the results of this one didn’t matter much.

“Still,“ he murmured, still pouting. “I guess you’re right in that sense,” he stated, grinning at her. Eryk huffed lightly and turned towards the others.

“I’ll remember that" he stated in Mel’s direction. “Nova will welcome the challenge,“ he added. He was looking forward to it in all honesty.

“Well, when this is all said and done, let’s go get a victory dinner! There’s a local joint that is supposedly really good. They even have nachos and hamburgers,” Cyrilla stated, emphasizing both foods. Drake’s eyes nearly lit up at the hamburgers, and Eryk rolled his eyes at her.

“Just because they’re my favorite food doesn’t mean you should subject everyone else to it,“ he stated, causing her to give him a flat look.

“They have other foods, too, Ryk. Not just burgers and nachos.”

“Works for me,” Aidan said, to a round of nods from the others. “Now the rest of you get outta here. I have coaching to do, and Nero, you’ve got one more match to go.”

“Good luck,” Anastasia whispered, loosening her arms and releasing him.

Eryk released a soft grunt, reluctant to let her go. “Thank you,“ he stated just as softly before fully releasing her as well.

“Kick their ass, Ryk, quickly so we can go eat!” Drake stated, grabbing hold of Mel’s hand and walked away. Cyrilla chuckled softly but mirrored Drake in grabbing Kas’s hand and gave Ryk a thumbs up.

Eryk felt a small smile tug on his face. He had a coach to listen to, and a match to win. 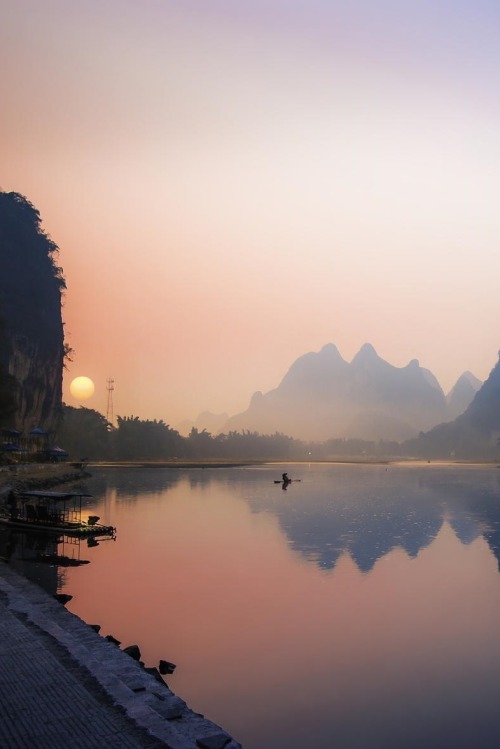 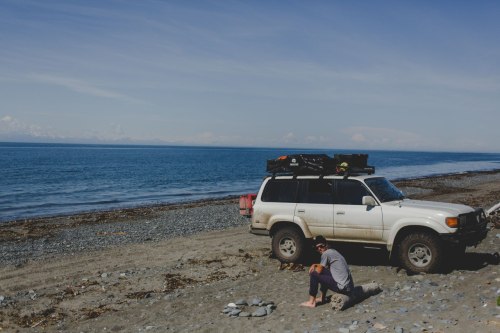 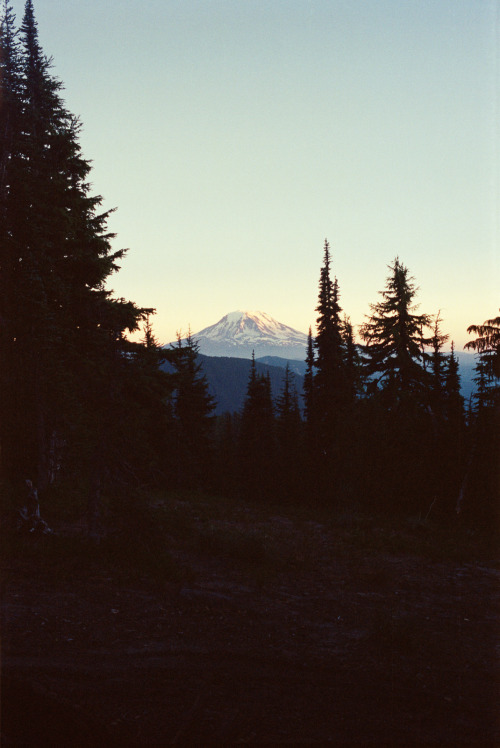 She doesn’t suspect a thing.


If you want to stay in the loop, never miss a comic update when you subscribe to the Saber Collie Studios newsletter.
https://www.sabercolliestudios.com/ 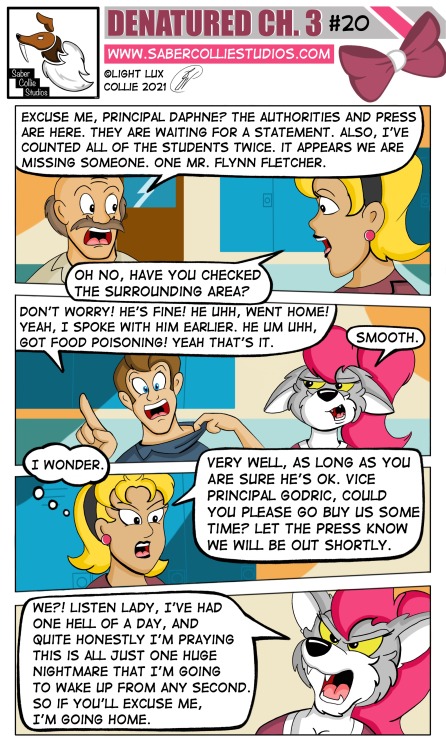 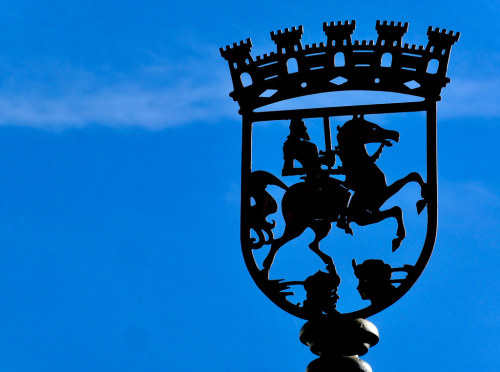 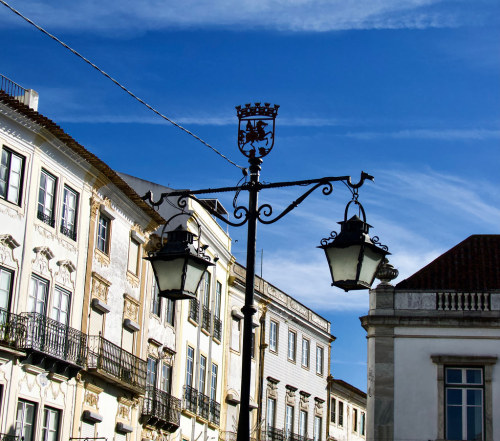